The most popular Netflix series in every state in 2020 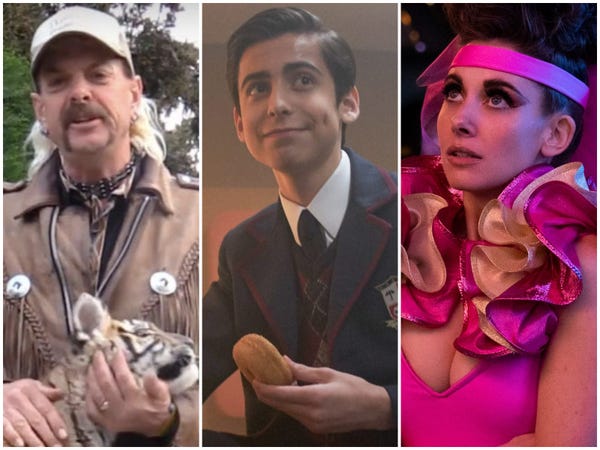 When the country went into lockdown this year to control the spread of the coronavirus, many people turned to Netflix while stuck at home. But what was everyone watching?

HighSpeedInternet.com compiled data from Google Trends to determine the most-talked-about and most-watched Netflix shows from this year in every state. Turns out, "The Umbrella Academy" starring Ellen Page and Tom Hopper, was the most popular series of 2020 in the US.

"The Umbrella Academy" was also the most popular show in states including Arizona, Washington, Florida, Hawaii, Alaska, Tennessee, and Michigan. But not every state loved the series as much. If you want to see what people in your state were watching, check out the image below.

Although "Tiger King" was widely talked about during the early days of lockdown, it was only the most popular show in Kansas and Oklahoma, where most of the docuseries takes place. Even so, there is a slate of spin-offs coming, including a series with Nicholas Cage playing the iconic Joe Exotic.

Some of the top shows from this year have ended or been canceled, like "Orange Is the New Black," "Mindhunter," and "GLOW." Other Netflix Original series like "Ozark" and "Black Mirror" were among the most-watched and are expecting new seasons soon.