Looks like the Palace is attempting to make some ~subtle changes~ to Queen Consort Camilla’s title: as in, she’s potentially ditching the “consort” in favor of the much less wordy (and much more important-sounding) Queen Camilla. The Telegraph reports that Buckingham Palace has “steadfastly stuck” to Camilla’s Queen Consort title since Queen Elizabeth’s passing, but “aides hope to quietly” ditch “consort” and have Camilla’s title match the “wives of Kings before her.” In other words, they want her to be Queen Camilla.

Turns out everyone who chills with Charles and Camilla are “very relaxed” about the change, but they’ll be checking the “public appetite” to see if “Queen Camilla” can be used in time for the coronation. That said, King Charles’ mother Queen Elizabeth made it pretty dang clear that Queen Camilla should go by “Queen Consort” during a announcement back in February, saying “When, in the fullness of time, my son Charles becomes King, I know you will give him and his wife Camilla the same support that you have given me. And it is my sincere wish that, when that time comes, Camilla will be known as Queen Consort as she continues her own loyal service.” 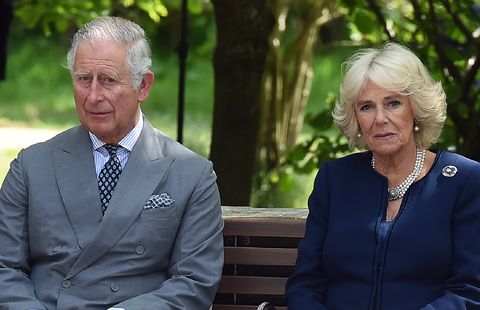 And FYI that even the “Queen Consort” title was a huge change in the royals’ original plan for Camilla’s title. When she and Charles married in 2005, the Palace released a statement saying that Camilla planned to “use the title HRH the Princess Consort when the Prince of Wales accedes to the throne,” and then in 2020 the couples’ reps told The Times that “the intention is for the duchess to be known as Princess Consort when the prince accedes to the throne.”

Anyway! The Telegraph reports that Camilla will “rely on the press and public choosing to use the simpler ‘Queen Camilla'” so…guess we’ll see what happens?