In recent months, there has been a renewed focus on health issues affecting young people, primarily due to several high-profile influencer deaths. In April, “Van Life” influencer Lee MacMillan made waves in the media after committing suicide. Lee rose to fame by chronicling her and her boyfriend’s travels in their converted van through Instagram posts and YouTube videos, per People. “She was the brightest light,” one Instagram commenter wrote, per the outlet.

In the past, Lee was open about her battle with depression, and the sad news shined a light on the dichotomy between the curated social media feeds we see every day and the struggles of the people behind them. Months later, the conversation has been brought up once again as the news broke that an up-and-coming TikTok influencer, Caitlyn Loane, had suddenly died.

A fourth-generation Australian cattle farmer, Caitlyn quickly gained a following for her short videos showcasing her rural lifestyle. She was 19 when she died, per the Daily Mail. Here’s what we know.

Caitlyn Loane paved her own way 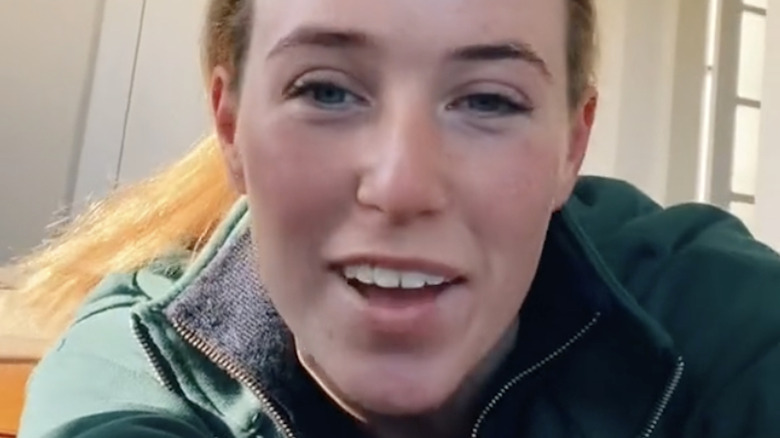 Caitlyn Loane was a well-known trailblazer in her native Australia. She was fiercely passionate about agriculture and planned to run her family’s Tasmanian farm when she was older, per the New York Post. Her unique lifestyle earned her thousands of devoted fans — she had 54,000 followers on TikTok — who loved watching along as Caitlyn chronicled the ins and outs of life on a working farm.

Speaking to the Australian Daily Mail, Caitlyn’s mother sung her daughter’s praises as an inspiration for young women interested in working agriculture. “Her smile lit up the room,” she added. “She wasn’t afraid to get her hands dirty — in some photos, she has mud up to her knees.” The outlet confirmed that Caitlyn died by suicide in July.

Before her death, Caitlyn posted one final video to her TikTok account. In the video, which she captioned “How about Tasmania,” she lip-synced along to audio, asking, “How far would you drive for the girl of your dreams?” Fans were devastated by the loss and quickly offered their condolences on the post. “Rest easy beautiful girl,” wrote one. “You always made me smile,” wrote another. Speaking to The Mercury, Caitlyn’s father echoed those sentiments (via News.com.Au), “She was a lovely, crazy young woman who was an invaluable member of our family.”

If you or anyone you know is having suicidal thoughts, please call the National Suicide Prevention Lifeline​ at​ 1-800-273-TALK (8255)​.