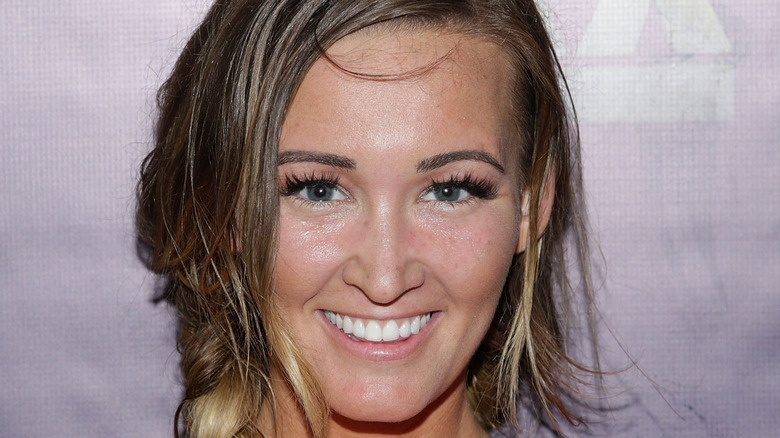 MTV’s “The Challenge” is the ultimate reality television showdown. It consists of cast members from scandalous MTV universe favorites like “The Real World,” “Road Rules” and “Are You the One?” plus a few outliers from other networks such as “Big Brother” and the U.K.’s “Love Island,” competing against each other for a hundreds of thousands dollar cash prize.

The challenges range from long distance running to basic trivia to standing atop a moving train, before the contestants battle gladiator-style in a weekly one-on-one duel. Each season brings a new theme, such as “Double Agents” or “All Stars” (via Entertainment Weekly), but even more entertaining than the show’s athletic trials are the contestants. Most of the series’ 37 seasons (via IMDb) feature returning regulars along with newbies or “Fresh Meat.” Along with a recurring cast comes longtime friendships, romances and rivalries.

One of the most iconic rivalries on the show to date belongs to ex-lovers and former “The Challenge” partners Ashley Mitchell and Hunter Barfield. We first met Mitchell in 2014 during Season 29 of MTV’s “The Real World: Ex-Plosion” (via IMDb). Shortly after, Barfield made his reality TV debut in 2015 looking for love on Season 3 of “Are You the One?” (via IMDb). Both went on to join the casts of the network’s sister show, “The Challenge,” quickly making names for themselves as fierce competitors.

During Barfield’s first “Challenge” season, he became romantically involved with Mitchell, but their relationship was short-lived. 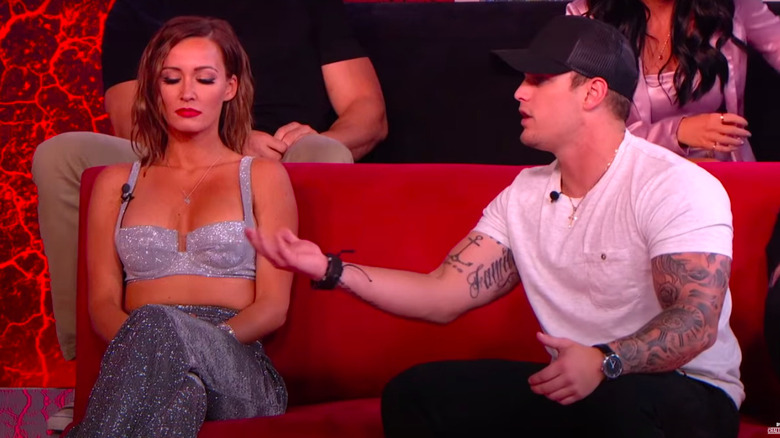 MTV called Ashley Mitchell and Hunter Barfield’s relationship “a whirlwind romance … that quickly derailed into bitter arguments and loathing” (via Reality Blurred). Following their tryst, the two were paired up in season 32 of the series, “The Challenge: Final Reckoning.” On the first night, Mitchell slept with fellow contestant Kyle Shore, resulting in Barfield calling her a “stupid f****** s***” and telling contestants that if Mitchell cost him the cash prize, he would “come for her family.”

On the season finale, Mitchell and Barfield won the final challenge, with Mitchell finishing slightly ahead of Barfield, giving her the option of keeping the money or splitting it with her partner. Mitchell chose to keep the money stating, “This guy’s belittled me, put me down, s***-shamed me, and also threatened my life and my family’s life. I’m keeping the money” (via YouTube).

Mitchell’s choice to stand up against her toxic ex left everyone shook. In a 2018 interview with People, she explained, “I was sick of the men in that house being so misogynistic … As soon as I had that chance I did not even double think it.” During the season’s reunion, Barfield finally took the opportunity to apologize for his past mistakes. Unfortunately for him, it was a little too late.

Hopefully he and other “The Challenge” contestants think twice before making another million-dollar mistake.