The world's millionaires are more mobile than ever. Here are the top 12 countries they're moving to The world’s millionaires are moving to new countries at a higher rate than ever, Bloomberg reported, often for tax purposes or to escape a country’s economic or political tensions.

About 108,000 millionaires migrated countries in 2018, compared to 95,000 in 2017, according to a study by New World Wealth (NWW). The global market research group ranked the flow of millionaires into 12 countries by dividing the number of new millionaires by the total number of high-net-worth individuals already living in the country.

“The wealthy today don’t have a country,” Reaz H. Jafri, a partner at Withers Worldwide, which helps affluent clients relocate around the world, told The New York Times in 2017. “They don’t view their success as being related or dependent on a single country, but on their own business strategies. It’s amazing to me how many of the very wealthy are going totally mobile.”

Australia is the top destination for the ultra-wealthy these days, followed by the US, Canada, and Switzerland.

Many wealthy foreigners are likely drawn to Australia for its low crime rate, the lack of an inheritance tax like in the US, and the country’s overall safety, according to the NWW report.

Several of the other top countries, such as Singapore and the Caribbean islands, have long been known as tax havens.

Countries including China, Russia, and the UK, on the other hand, are losing millionaires. In the UK’s case, these millionaires are likely fleeing the uncertainty of Brexit, Bloomberg reported.

Here are the top 12 countries millionaires are moving to.

T12. Spain’s ranking as a top business destination may be what attracts millionaires. 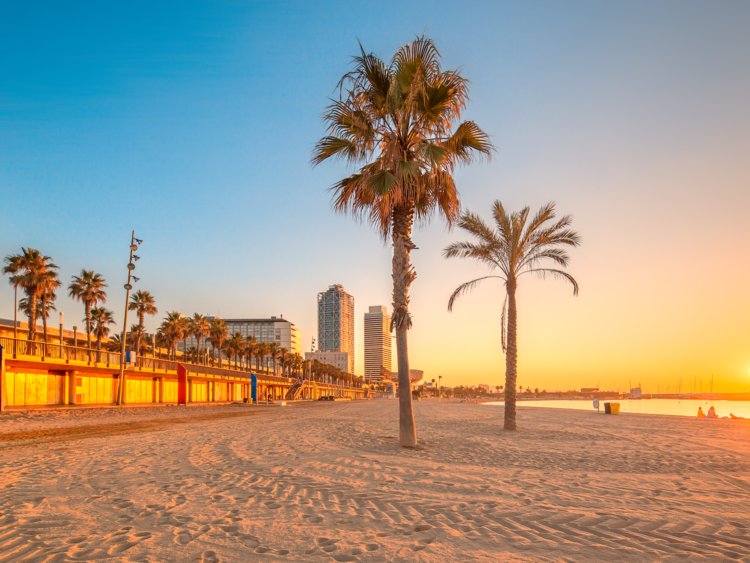 Spain was recently ranked one of the best countries in the world to do business and one of the best for developing, attracting, and retaining talent, both of which may have something to do with the influx of millionaires there.

T12. Greece has always been a popular yachting and vacation destination for the ultra-wealthy, and now they’re putting down roots there. 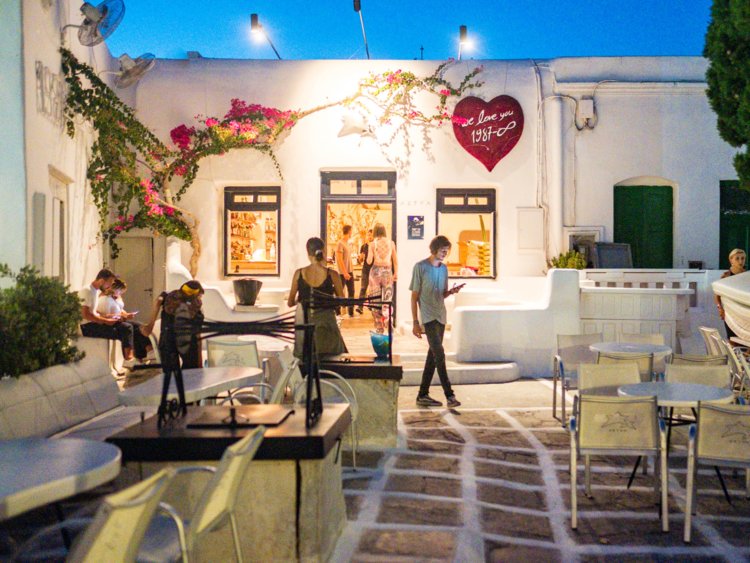 Greek islands like Mykonos have long been global party spots and summer vacation destinations for the uber-wealthy. With the economy in recovery after years of distress, it’s not hard to see why millionaires are being drawn to Greece’s picturesque islands.

T12. Portugal’s safety and climate make it appealing to the world’s millionaires. 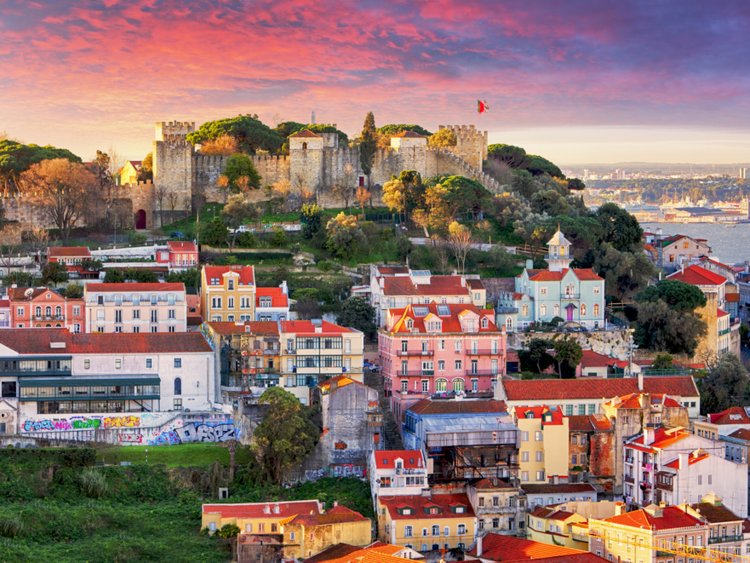 Portugal is the third-safest country in the world, according to the 2017 Global Peace Index, which may make it particularly appealing to millionaires.

And its balmy climate probably doesn’t hurt either. “Portugal is becoming the Miami of Europe,” Ricardo Costa, chief executive of Luximo’s, an affiliate of Christie’s International Real Estate, told The New York Times in 2018.

T12. Israel, and Tel Aviv in particular, has become a hotspot for tech startups and luxury real estate. 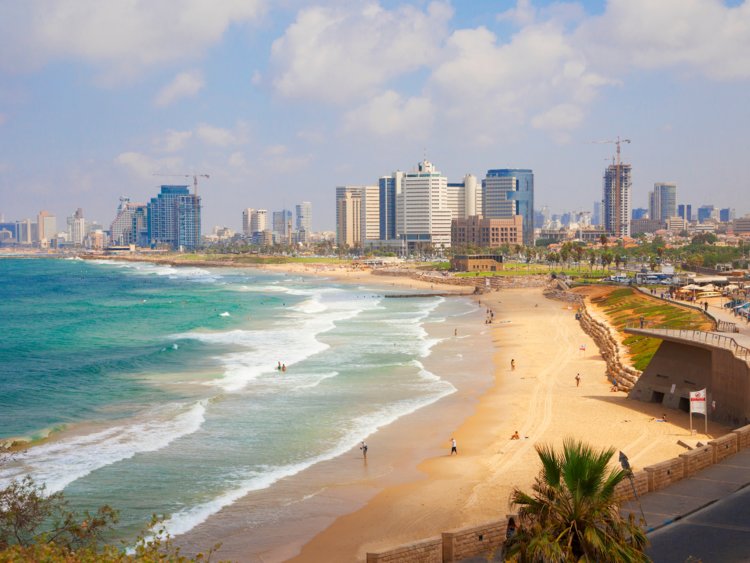 T12. Singapore has one of the world’s lowest corporate tax rates. 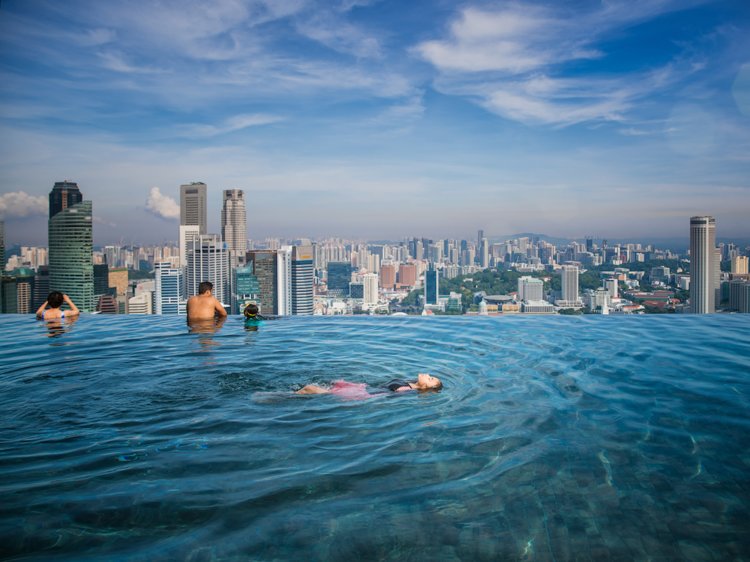 As one of the most expensive cities in the world, Singapore is home to approximately 44 billionaires and many more millionaires.

Singapore’s corporate tax rate of 17% is among the world’s lowest, which has led to its reputation as a tax haven for international millionaires and billionaires, according to the Straits Times.

T12. New Zealand has seen an influx in tech millionaires in recent years, as they apparently see it as the ultimate “doomsday” hideout. 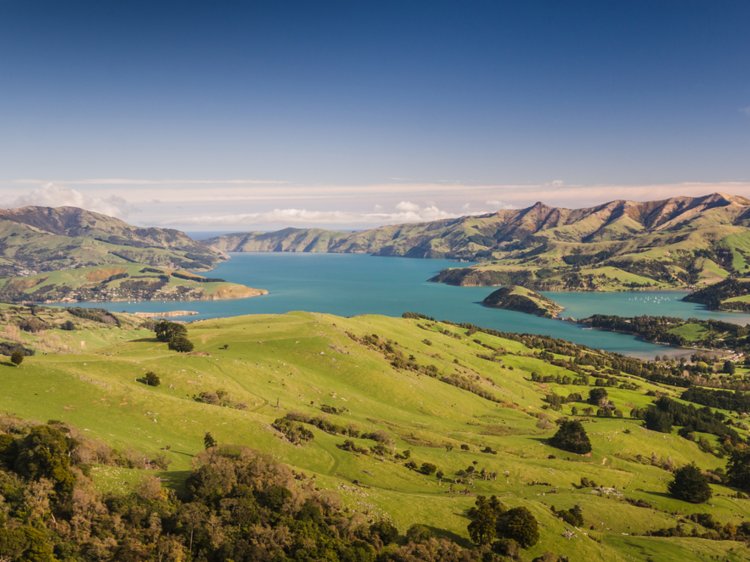 T6. The Caribbean islands have long been considered tax havens for the rich, and millionaires can also buy citizenship in many Caribbean countries. 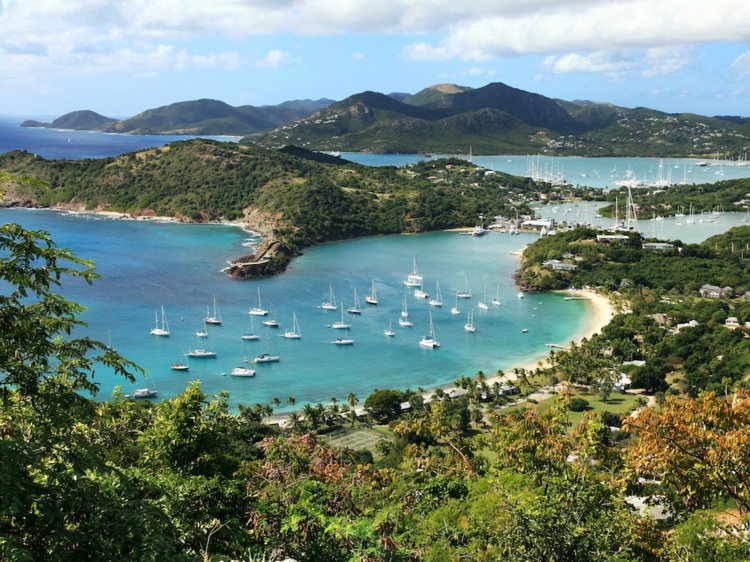 The Caribbean islands have drawn millionaires and billionaires for years because of their tax concessions and strict financial privacy laws, according to Consultancy Latin America.

In recent years, the world’s 1% have gone so far as to spend about $100,000 to purchase citizenship in these countries.

T6. The United Arab Emirates has become known for being safe, business-friendly, and one of the most luxurious destinations on the planet. 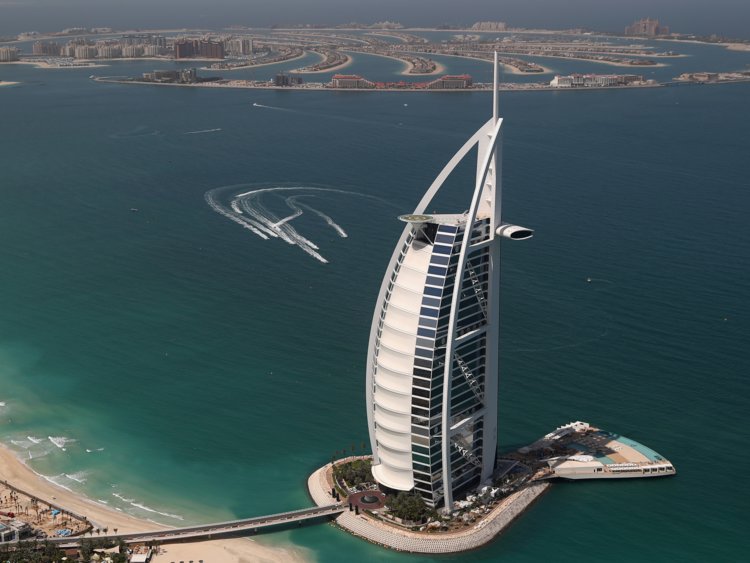 The United Arab Emirates attracts so many millionaires thanks to its “safety, business-friendly environment, and quality infrastructure,” according to Gulf News.

The largest city, Dubai, claims to have the world’s most luxurious hotel: the $1 billion Burj Al Arab, which has been called “the world’s first seven-star hotel” and costs a minimum of $1,500 per night.

4. Switzerland is famous for its banking system and low tax rates for foreign corporations. 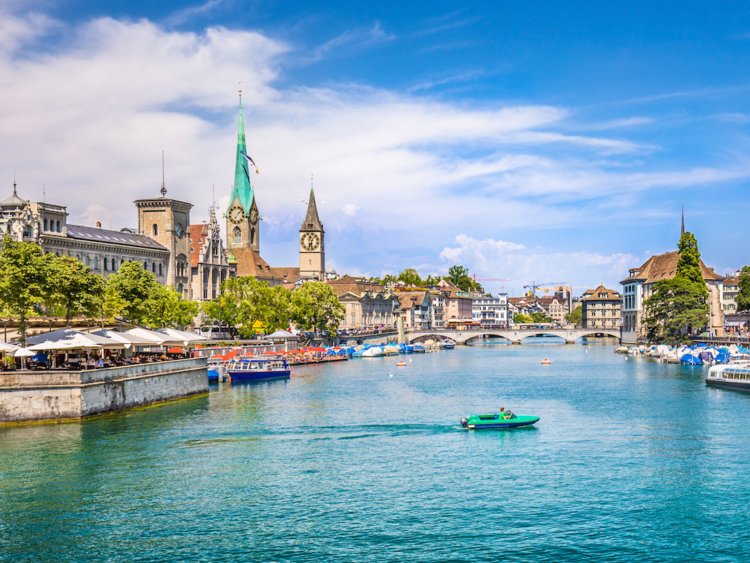 Switzerland has long been considered a tax haven for the ultra-wealthy— partially thanks to its low taxation of foreign corporations— and is known for its top-notch banking system.

3. Canada’s federal income tax is lower than that in the US and the northern country offers programs for wealthy foreigners to get citizenship in exchange for investment in the country. 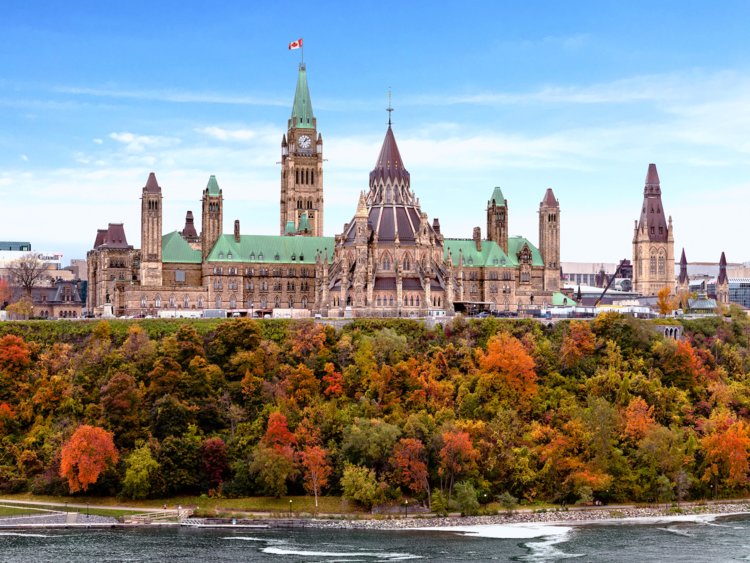 Bloomberg’s Noah Smith speculated in February 2019 that some wealthy Americans will likely start relocating to Canada if Democrats win the presidency and Congress and raise taxes on the country’s richest.

Canada’s top federal income tax rate is lower than that in the US, and wealthy foreigners can buy citizenship through programs such as the Quebec Immigrant Investor Program, which requires a minimum net worth of $1.6 million and an $800,000 investment in Quebec over five years.

2. The United States is one of the top destinations for millionaires and billionaires thanks to its to technology, media, entertainment, and financial companies. 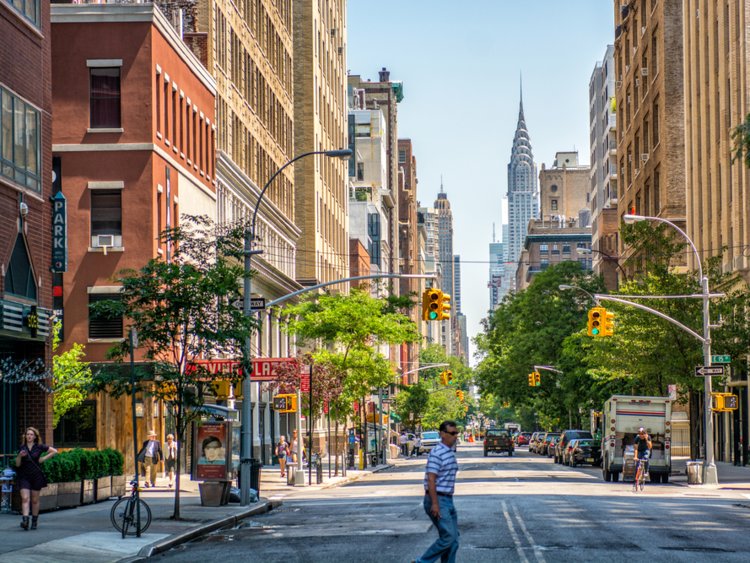 The most popular destinations for millionaires moving to the US are New York City, Los Angeles, Miami, and the San Francisco Bay Area.

The US has remained a top destination for the world’s rich because of “its status as the world economic leader,” its top technology, financial services, media, and entertainment sectors, and the fact that it’s an English speaking-country, according to New World Wealth.

Almost all of the world’s wealthiest people speak English as their first or second language, according to NWW.

1. Australia has a low crime rate, a growing economy, a warm climate, and no inheritance tax. 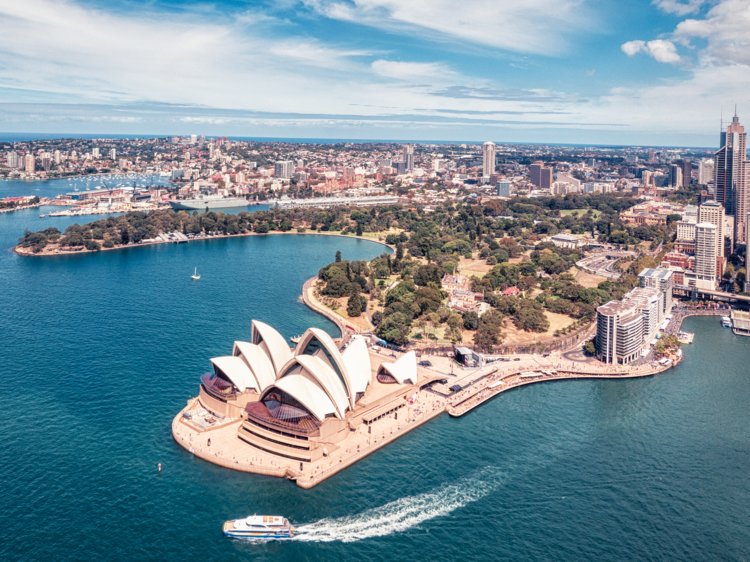 According to New World Wealth, Australia is likely popular among millionaires because of its low crime rate, growing economy, climate, and because it’s an English-speaking country.

The ultra-wealthy might choose Australia over the US because of its superior healthcare system, the lack of an inheritance tax like in the US, and its overall safety, according to the research firm.

SEE ALSO:17 things millionaires do differently from everyone else