When any superhero movie or show starts to reach its final moments, fans know a huge battle is going to break out before the credits roll. And while the WandaVision finale did deliver an impressive magical brawl, it also put an unexpected twist on this convention in Vision’s climactic moment. Spoiler alert: This post contains spoilers from WandaVision Episode 9, "The Series Finale." When facing off against himself, Vision took the most Vision approach ever to a battle, and these tweets about Vision’s "Ship of Theseus" WandaVision scene revel in the philosophical weirdness.

Not only did Wanda have to fight the powerful witch Agatha Harkness in the WandaVision finale, but her world was also under attack by S.W.O.R.D.’s newly rebuilt version of Vision, programmed to destroy the Vision Wanda had created with her magic. The battle between the two Visions started off as any Marvel battle would, with tons of punching, flying, and lasers, but the true finishing blow came from an ancient thought experiment rather than a fist to the face. After White Vision stated his sole objective was to destroy Vision, Vision launched into an explanation of the ship of Theseus.

The philosophical puzzle of the ship of Theseus dates back millennia and deals with the nature of identity. The question is about a famous ship used by the hero Theseus that has been kept on display for years. As time went on, parts of the ship had to be replaced due to decay, eventually leading to every part of the ship being replaced. The problem asks whether this displayed ship is still the ship of Theseus, even though it has none of the ship’s original parts anymore. Furthermore, the puzzle also asks if the decayed wood taken from the rebuilt ship were somehow able to be restored and re-formed into a new ship, would that ship or the rebuilt ship be the true ship of Theseus? 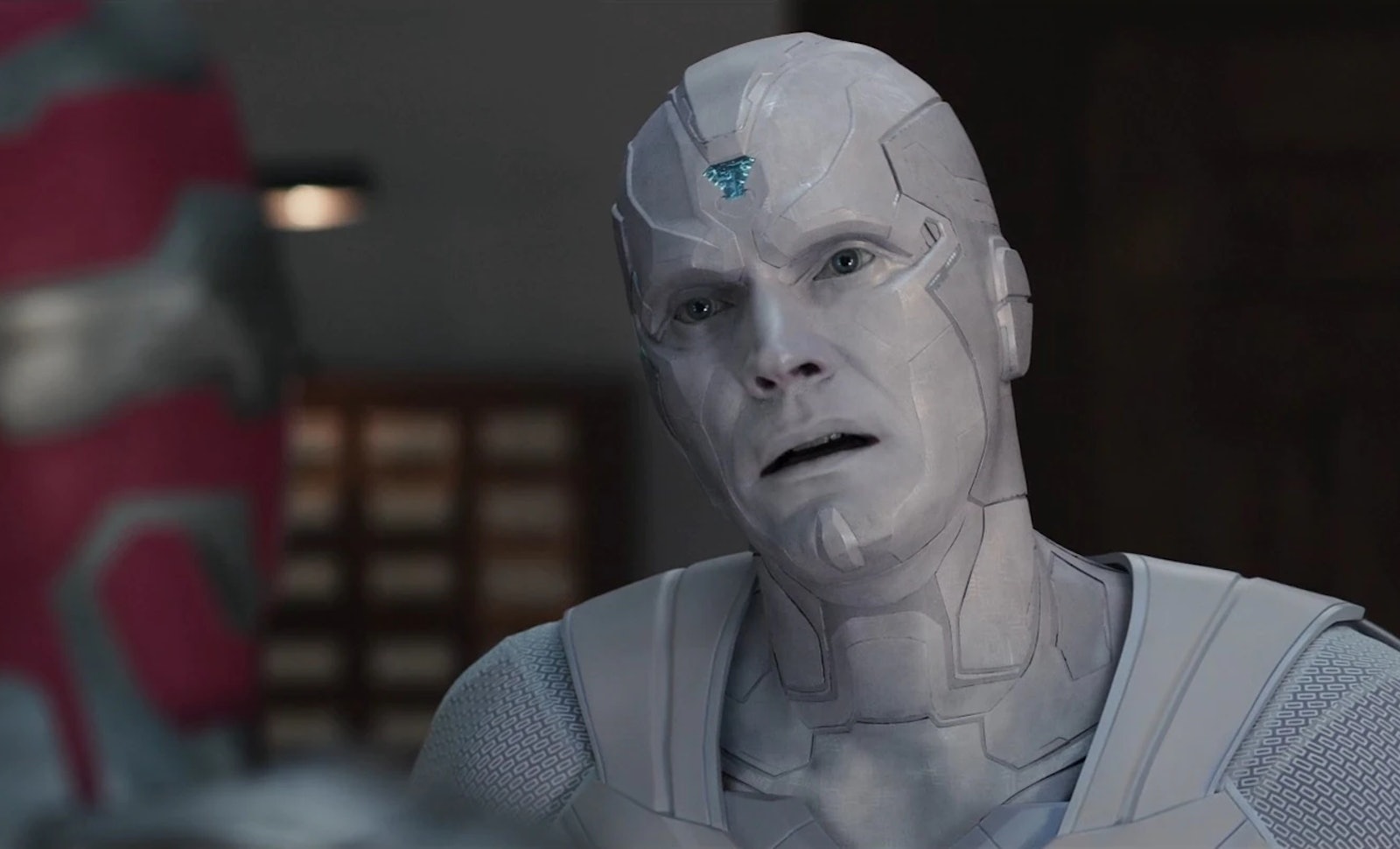 To say it was an unexpected Marvel showdown would be an understatement, but despite the lack of action, fans raved about the philosophical moment, even if it was a bit confusing.

As hardcore comics fans pointed out, the back-and-forth has a basis in Marvel Comics, as Vision from the future brought up the ship of Theseus in a conversation with his past self.

Since WandaVision ended with Wanda removing her Hex and thereby also removing the Vision she’d created within it, it’s unclear if fans will see Vision again in future Marvel movies. That said, White Vision is still out there and now has all the memories of Vision, which kinda makes him Vision… except he doesn’t have the Mind Stone. TBH, expect these mind-bending questions to only get weirder as Marvel’s new phase of space-distorting, reality-flipping movies and shows continues.