The convicted felon hopes he and his fourth husband can ‘both move on with their lives and divorce quickly and amicably.’

Despite Joe Exotic still being in prison and still being married, the star of Netflix’ documentary Tiger King is ready to look for a new love. The 59-year-old convicted felon filed for divorce from his husband of four years, Dillon Passage, on Thursday (March 21), per TMZ. In documents obtained the outlet, Joe said the marriage is “irretrievably broken.” 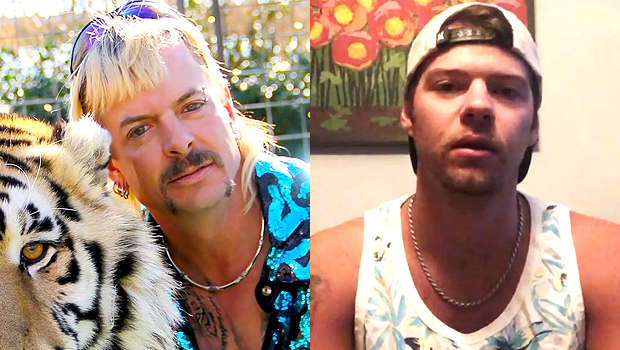 The couple have been estranged for almost a year, as Dillon took to his Instagram in March 2021 to reveal he was in the process of divorcing Joe. However, Joe’s legal team said Dillon never followed through on the threat. Dillon has moved on and is dating someone new, while Joe is trying to find another love match as well, according to the news source.

While the Tiger King is out on the prowl (from prison), he wants to collect alimony in the form of a lump sum, per the court papers. He’s also gearing up to drop Dillon’s last name and revert back to Joseph Allen Maldonado. His attorney says Joe hopes that he and Dillon “can both move on with their lives and divorce quickly and amicably.” 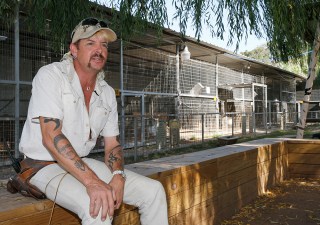 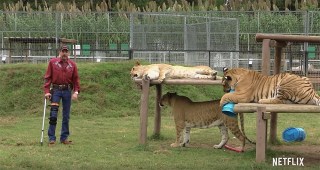 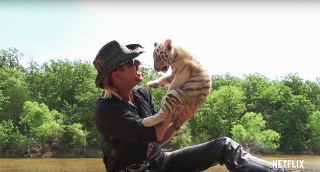 Dillon is Joe’s fourth husband after the late Brian Rhyne, the late Travis Maldonado, and ex John Finlay — who was also featured prominently in the Netflix docuseries. In the Instagram post last year announcing an impending divorce, Dillon wrote, “This wasn’t an easy decision to make but Joe and I both understand that this situation isn’t fair to either of us. It’s something that neither of us were expecting but we are going to take it day by day.” He also detailed how he first met Joe in November of 2017 “during a difficult time” in his life and the pair got married a month later.

In September of 2018, Joe was arrested for attempting to hire an undercover FBI agent to murder his nemesis, Carole Baskin. In Jan. 2020, Joe was found guilty on two counts for his murder-for-hire plot against Carole, eight counts of violating the Lacey Act by falsifying wildlife records, and nine counts of violating the Endangered Species Act by killing five tigers and selling tigers across state lines. He was originally sentenced to 22 to 27 years in prison, but was re-sentenced in July 2021, where a court reduced the judgement by one year.