Tina Brown: Prince Harry is insecure, fragile & he needs to go back to the UK 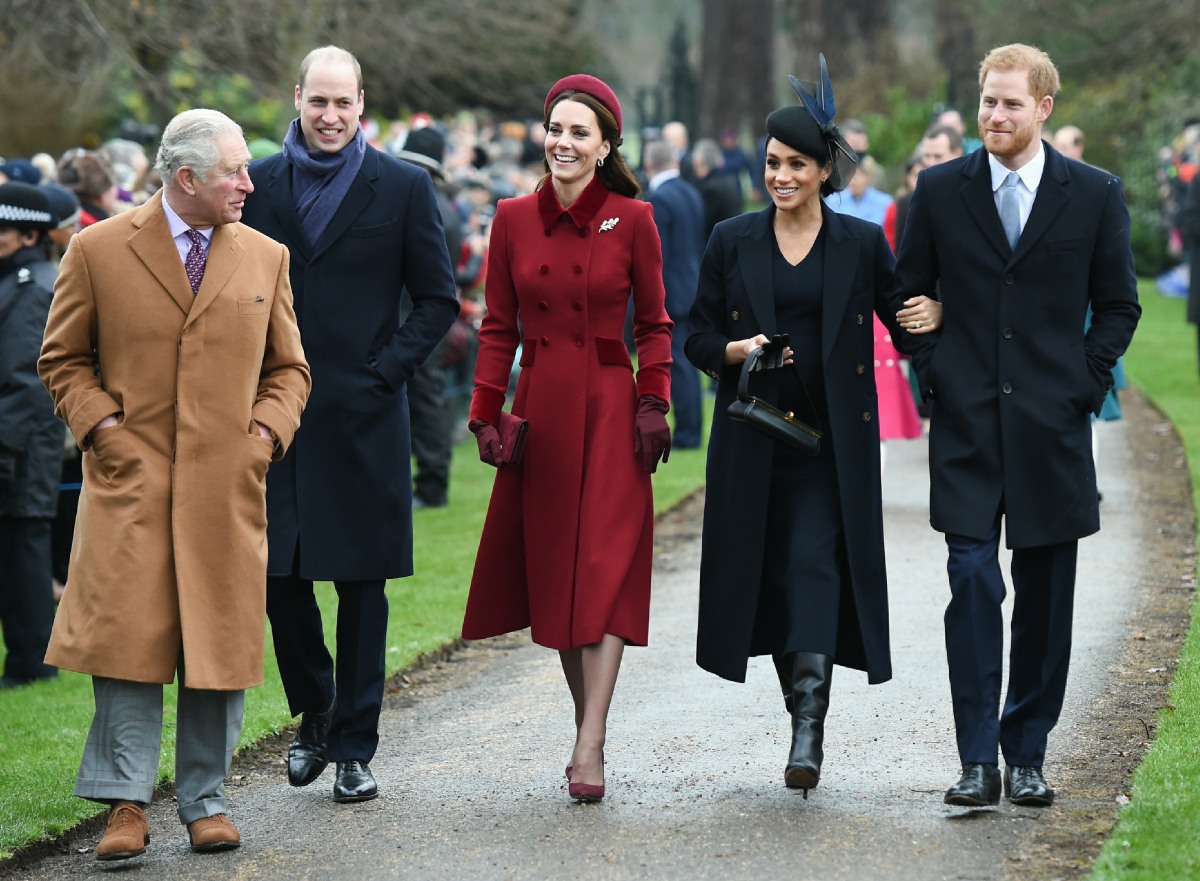 Here’s Part 2 of our coverage of the Telegraph’s lengthy interview with Tina Brown, author of The Palace Papers, which seems to be one of the major royal books coming out this year (it comes out in a few weeks). Last week, we discussed the VF excerpt of The Palace Papers and many of you were turned off by Brown’s seemingly anti-Sussex agenda. I actually don’t think it’s a full-on “agenda” like so many royal reporters. I think she is – more often than not – unfair to Prince Harry and Meghan, and she misreads their motivations and intentions. But I’m also waiting to read the whole book, because I think it will be interesting to see how she discusses certain subjects and talks around other subjects, and I think her sources and her intentions will become much clearer when we take the longer view. In this Telegraph interview, she is clearly appealing to British readers, but much like Robert Lacey, it will be curious to see her talk out of both sides of her mouth as she promotes the book in America. So, here are the Sussex-related parts of the Telegraph interview:

William & Harry’s relationship is very bad: Relations between the two brothers are ‘very bad’, Brown says grimly. ‘I’m told there’s absolutely nothing going on between them at the moment.’ William and Harry were extremely close until Harry left the Army. With Harry ‘rattling around and not really knowing who he was’ after losing the military structure, things got strained.’

William is a charisma vacuum: ‘The truth is the more charismatic prince was the younger brother. That was very difficult because Harry had to be contained and a role found for him. He had all these interests in Africa and conservation, but so did William and Harry always had to play second banana. Diana insisted, much to her credit as a mother, that the two boys would be treated the same, but they were never going to be the same, that’s the problem. Gradually, that became a major tension between them. William had this great destiny ahead of him, he knew who he was. For Harry, it’s like, “Who am I going to be – Uncle Andrew?’”

Harry before Meghan: Brown paints a complex yet sympathetic picture of ‘this very insecure, fragile, hot-headed guy who never really dealt with the death of his mother and then he’s confronted by a slightly chaotic life. He did so badly in that situation.’ Harry adored Kate, she says, but after William married her ‘they were the perfect couple and Harry felt like Bridget Jones’.

The brothers need each other: ‘One of his close people told me that everyone talks about how much Harry needed William, and he did, but William also needed Harry because all those friends you think are so real, well, they still know you’re going to be king. Only William’s wife and his brother are going to be straight with him. And Harry could tease his brother and bring him down to earth. William depended on that, I’m told. There was a danger William was headed towards pomposity and Harry wouldn’t let that happen.’

The problem was the way Harry left?? ‘Frankly, I think they should have found a way to work it out. The problem was that the way Harry did it was so catastrophically rude that it got everyone genuinely angry and feeling that he just had to go. He was incredibly hot-headed about negotiating their exit. Dumping that website with all those terms and conditions before you have agreed it with the Queen? He just alienated everybody. And now, unfortunately, he’s paying the price for it and so is England actually. Because Harry and Meghan would have been an amazing asset for the Commonwealth. They didn’t understand the Queen was giving them this platform for soft power which could have been tremendous if they’d done it in a patient, strategic way.’

Why Harry sues: ‘Harry decided to absolutely not capitulate to any dialogue with the press who he believes killed his mother, ruined his life and ruined Meghan’s life. That’s his view. And he’s not entirely wrong… But doing battle with the British media is a lost cause… And, unfortunately, Meghan is as combative about it as he is. William and Kate calm each other down a lot; their marriage works very well in that way. In the Sussex marriage, they wind each other up and it’s Us Against the World, and that’s a disaster.’

Brown gets why Meghan was frustrated: ‘Even as Meghan became bigger on the global stage, like Alice in Wonderland, she had to shrink into the voiceless requirements of service to the Crown. She just couldn’t comprehend that. For an actress, star power is leverage. If you don’t get what you want as an actress, it’s, “Call my agent!” But if you’re in the Palace and you’re married to the sixth in line, however big your star power, you are not that important to the Palace. I do understand how extremely frustrating that was.’

Meghan’s desire to ‘hit the ground running’: It caused shudders at the Palace, where they think that a glacier should steady on, old chap. ‘I think Meghan felt she could get in there and change it all,’ she says. ‘Frankly, she could have done a great deal to change things had she stuck around, but the thing that’s most baffling is such impatience. She could have spent a year away and come back with a great game plan.’

Brown gets why Meghan’s frustration with the palace: ‘I do think that for a woman who’s had a high-profile US career, a professional woman of 35, dealing with the Palace must have been an absolute nightmare. Meghan knew what she wanted to do. Probably most of her ideas were rather constructive and good – but she had to go through this sclerotic culture. And live in a hierarchy, which she’s never done.’

Whether Brown thinks Meghan was a victim of racism: ‘I think she must have felt extremely alone there. There’s only eight per cent of diversity in the Palace staff. All the other women in the family are white women who’ve been to the same schools or versions of the same schools. She didn’t know who to talk to to feel that sort of secure confidence with people. Her entry into England was very tough. For a Hollywood actress, who’s used to soft access pieces, to have all of that media pile-on.’ Brown singles out the Mail’s ‘(almost) straight outta Compton’ piece, ‘which really does smear Meghan’s mother as a person who lives in a gang-infested neighbourhood. Utterly untrue. It was actually a very well-tended community. That smear would have been traumatic. I don’t think [the Palace] understood why that was distressing for her.’

Brown thinks the Oprah interview was a disaster, lol: ‘It’s actually amazing how each time one of the royals does one of these big sit-down interviews it’s a catastrophe. Martin Bashir, Andrew with Emily Maitlis, Charles with Jonathan Dimbleby, Meghan and Harry with Oprah – what is it about not knowing that you shouldn’t do a big sit-down with a good journalist? Every time it’s like a nuclear bomb. The Oprah interview was desperately damaging to any relationship that Harry could ever hope to have with his family. And even that could have been gradually assuaged if he hadn’t then announced he was doing a memoir. I think the memoir was actually more breathtaking than the interview. It was like, what?! Frankly, berating the world for the lack of privacy he’s had and now he can’t stop giving interviews… It’s amazing.’

Brown got the palace’s talking points on Harry’s memoir: ‘William was disgusted about Meghan’s attack on Kate because she can’t answer back. But that’s nothing compared to how furious he’s going to be when this book comes out. Because Harry’s not going to go after the Queen, she’s sacrosanct. And he probably won’t go after Kate, whom he’s very fond of. But he will go after Charles and Camilla and maybe William. And that’s so unhelpful to them all at this particular moment; for William that’s the big cloud in their relationship right now.’

How she views the Sussexes: The truth about Harry, she says, ‘is he’s so emotionally needy that he’s been completely and utterly taken over by Meghan and his whole personality has changed. It’s a really sad thing to a great many people. Meghan seems to answer some huge need in Harry and it seems like they are in a powerful co-dependency. And I do question how it will end.’
Perhaps, she muses, ‘he’ll wake up and realise he’s living in Goop [Gwyneth Paltrow’s lifestyle website] and he has to get the hell out, go down the pub and see his friends’.

Harry will want to come back when the Queen dies? ‘My feeling is that when the Queen dies it’s going to be so seismic that it will really make everyone say, “Enough, enough! We must only think about the monarchy and what’s important.” And I think Harry will very much want to come home at that point. He will not want to be sitting there in Montecito when the whole of the UK is in mourning. I think he will feel enormously left out and sorrowful if he can’t play a part in that and I think it will behove Charles and William to use that moment to get him back.’

LOL, she completely glosses over the very real reasons why Harry and Meghan felt they had to leave the UK in the first place. Brown acts as if Meghan and Harry just riled each other up to the point where they got mad and decided to leave in a fit of pique. William was actively seeking to exile them, and William was also spearheading a cruel hate campaign against Meghan, to the point where she was suicidal! For the love of God. And of course Brown’s palace sources are telling her that Harry is insecure, Harry is needy, Harry needs to come to his senses, Harry needs his brother. This was Brown pushing back on some of those narratives in a very subtextual way. I don’t know. This whole Palace Papers thing is going to be messy and I’m actually here for it. 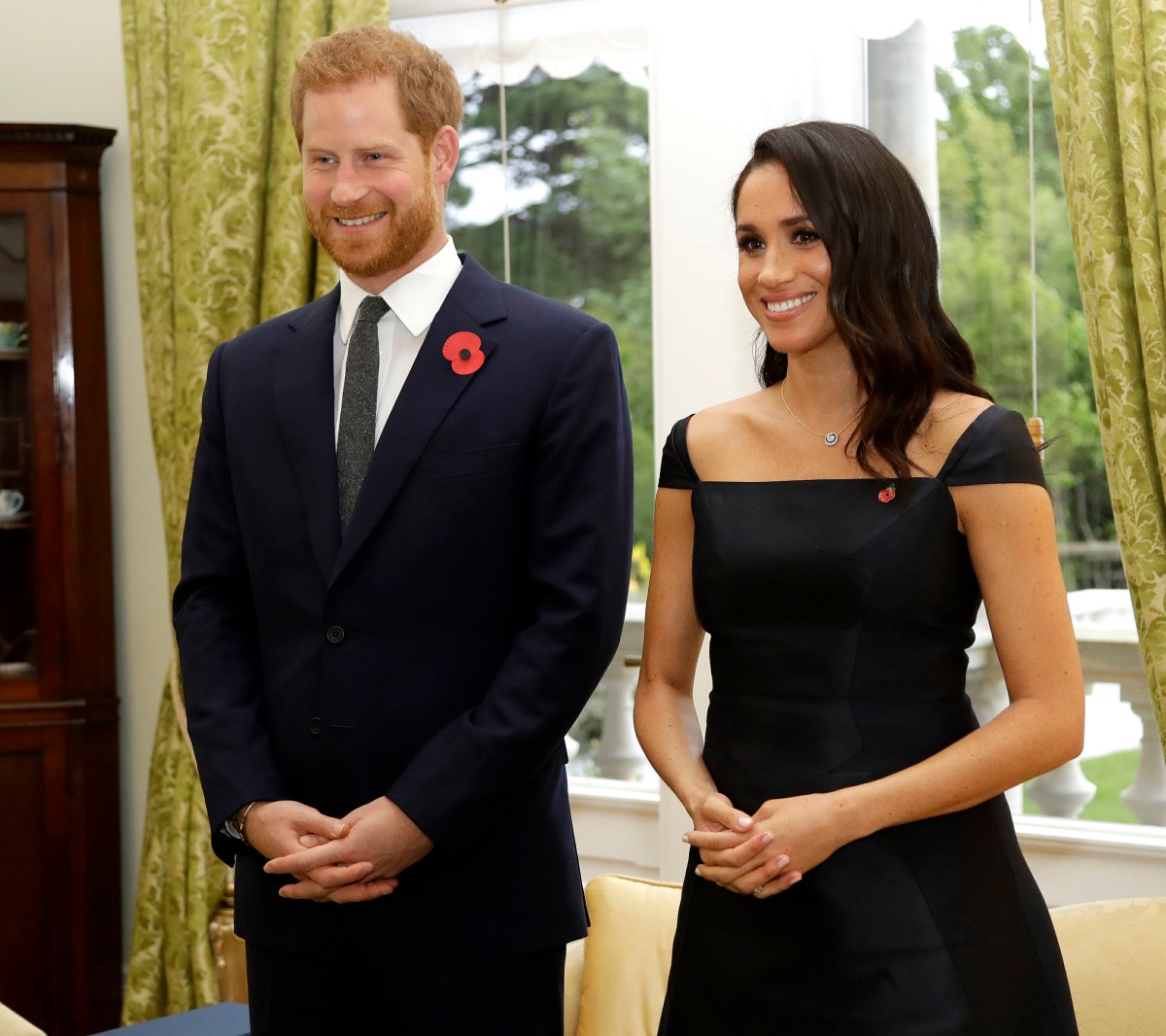 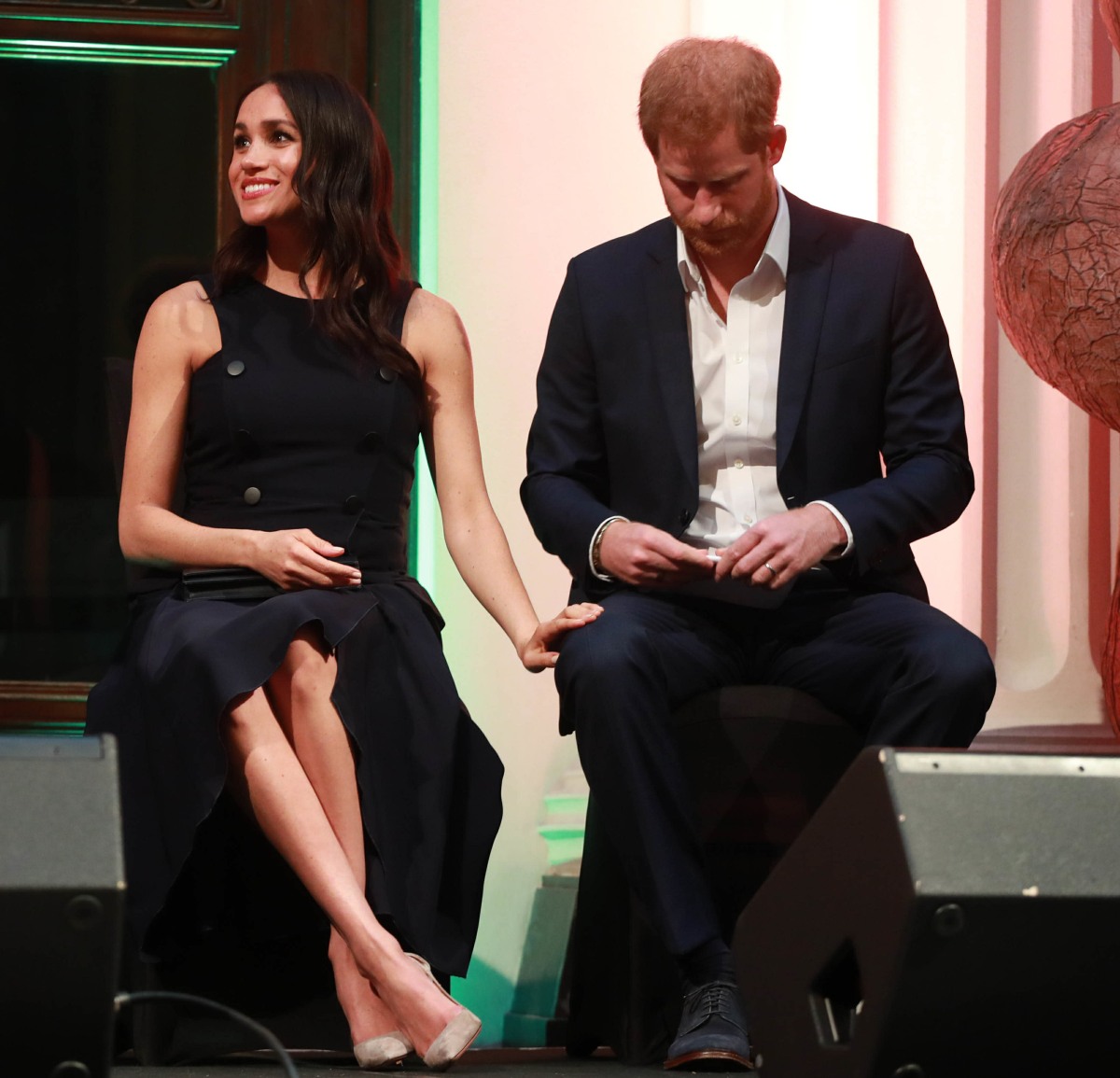