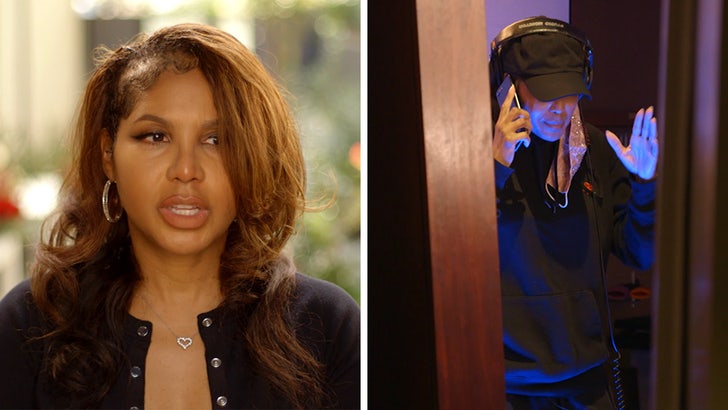 Tamar Braxton‘s suicide attempt shook her family to its core … and their stunned reactions will be front and center when the new season of their reality show airs.

“Braxton Family Values” is gearing up for its 7th season, and the scary summer incident with Tamar will clearly be a focal point … as her sisters and mother discuss coming to terms with what happened.

A new teaser for the show starts with Toni saying 2020 has been a hell of a year for their family, and reveals she was in a studio recording when she got wind of what happened to Tamar.

The mom, Evelyn, says Toni broke the news to her and the other sisters — Traci, Trina and Towanda — who were, of course, stunned.

As we reported, Tamar tried to take her own life at an L.A. hotel in July. Her boyfriend at the time, David Adefeso, called 911 to report it, and claimed it was all over beef with We tv.

Tamar later opened up about the incident, claiming years of mistreatment in reality TV pushed her to the brink and accusing the network of ignoring her cries for help.

WE tv cut ties with Tamar shortly afterward, but made the decision to still air her spinoff reality series, ‘Get Ya Life!,’ as it was intended.

It seems ‘Family Values’ — which premieres November 5 — will partly pick up where ‘Get Ya Life!’ left off, and we’re told the new season will also focus on Toni postponing her tour due to the pandemic and Traci trying to reconcile with family members.