Travis Barker Tags Kourtney in Steamy Post: 'I Dream About Sex With You'

So that’s what’s on his mind! Travis Barker shared a handful of suggestive song lyrics on social media, making a not-so-subtle nod to his girlfriend, Kourtney Kardashian, in the process.

The photo, which showed Barker tossing his drumstick in the air, was taken at a music video shoot for artist Kenny Hoopla.

Fans were quick to share their support for the couple in the post’s comments section. “Awww Kourtney forever ❤️❤️❤️,” one user wrote.

Us Weekly confirmed in January that the musician and the Poosh owner, 41, are dating after years of friendship. 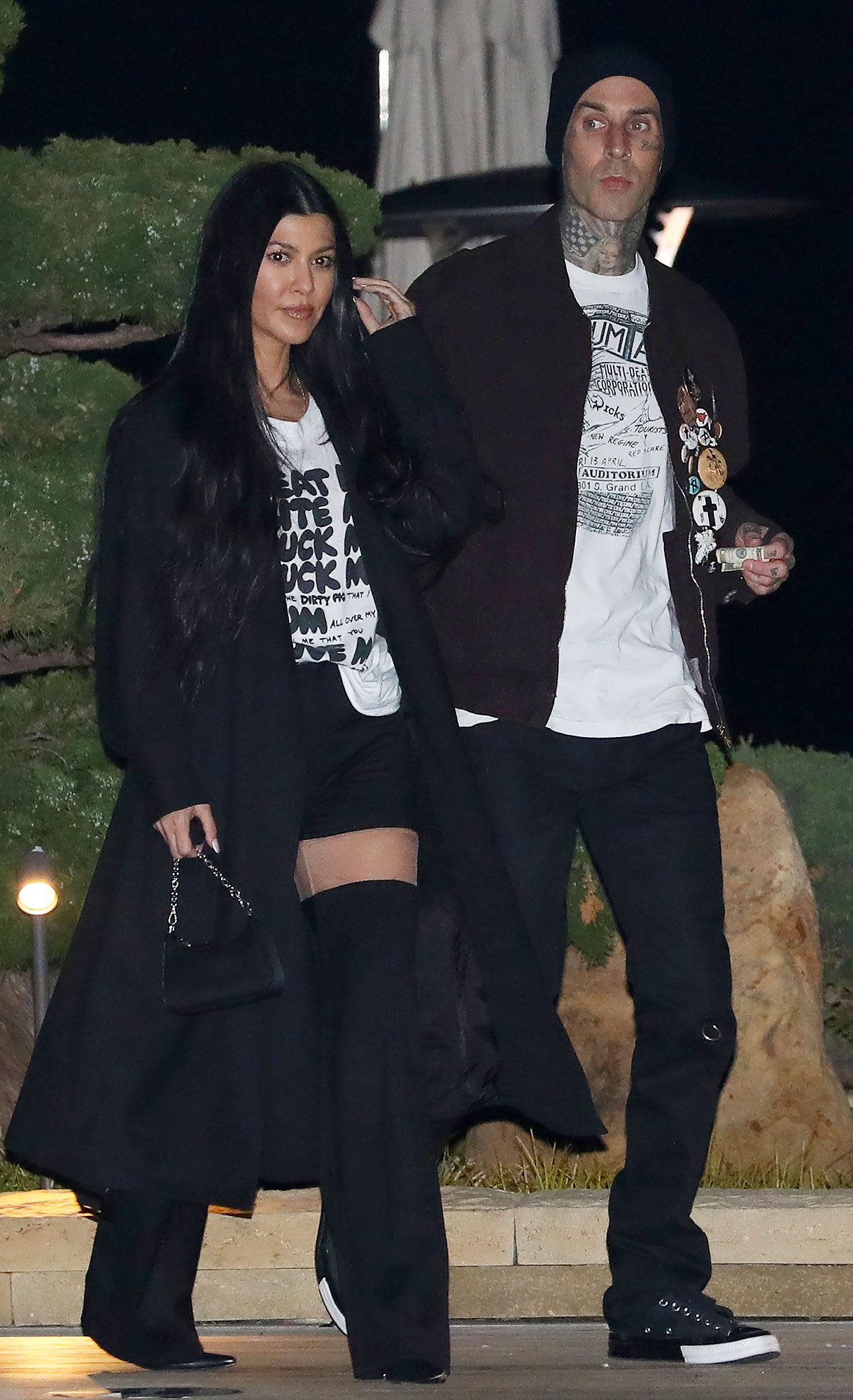 “Kourtney and Travis are officially a couple,” a source told Us at the time. “They have been close friends for years and have been dating for a couple months. Travis is very smitten with Kourtney and has been for a while.”

Barker has publicly declared his devotion to the Keeping Up With the Kardashians star before. On Friday, April 9, Kardashian shared a glimpse of her boyfriend’s newest tattoo, which featured her name written in delicate script right above his left nipple.

The Meet the Barkers alum also made his feelings clear when he posted a plate reading “Travis [hearts] Kourtney” on March 19. Days later, the Kourtney and Kim Take Miami star returned the favor with a sweet, handwritten note that read, “I love you.” Barker shared the note via his Instagram Story on March 22.

As their romance continues to heat up, the pair have bonded over their many similarities.

The “All the Small Things” rocker was previously married to Shanna Moakler. The former couple share two children: son Landon, 17, and daughter Alabama, 15.

Kardashian, for her part, shares children Mason, 11, Penelope, 8, and Reign, 6, with ex-boyfriend Scott Disick. The duo split in 2015 after dating on and off for nine years.

Earlier this month, Barker and reality star took their children on a romantic ski trip, where they went sledding and enjoyed time as a blended family.

“As long as she’s great to my kids and they’re both happy, I’m happy for them,” Moakler told Us exclusively in February regarding her ex’s new relationship.