Trisha Yearwood’s jam tart is an easy dessert recipe from the Grammy winner-turned Food Network star. In fact, the “How Do I Live” singer’s tart recipe is so simple and easy to make, that some reviewers doubted it would work. 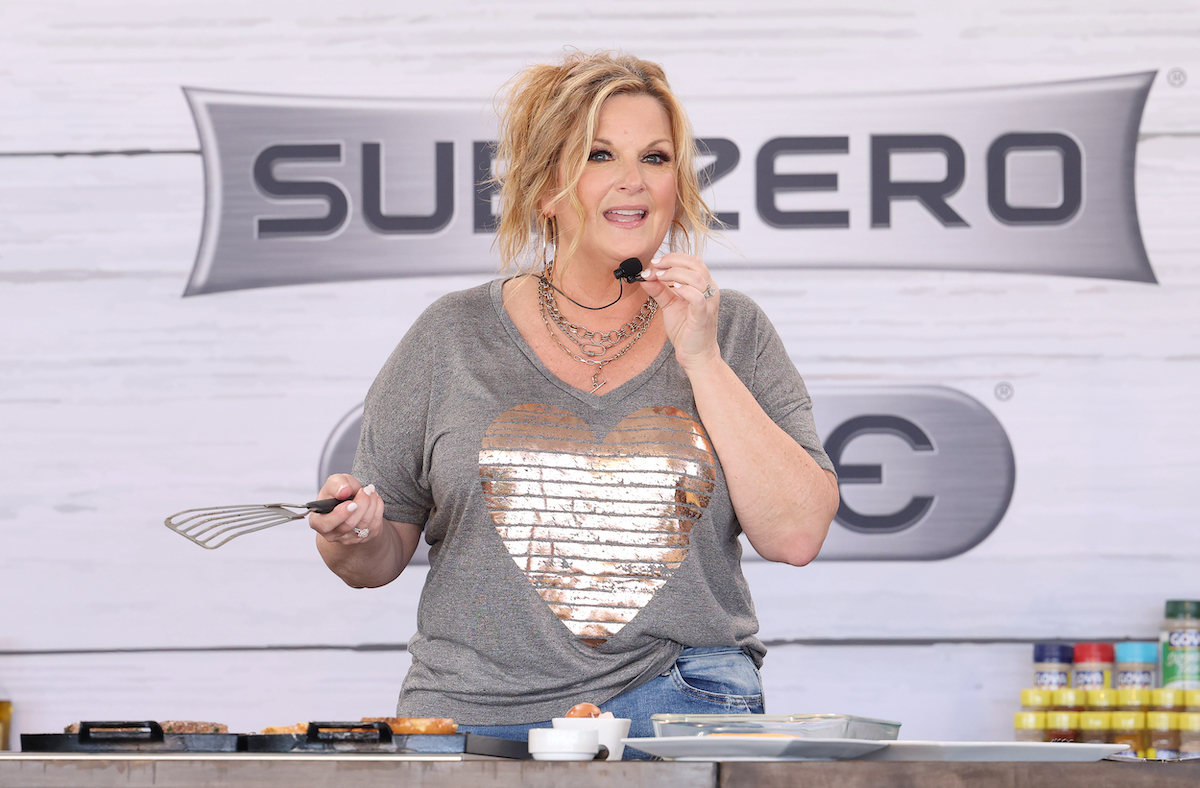 Featured on the “Ashley Buys a House” episode of Trisha’s Southern Kitchen, Yearwood’s jam tart is one of four recipes the cookbook author prepared using basic pantry staples for her niece’s house-warming party.

Not only is it a travel-friendly treat, but it has an incredibly short ingredient list. According to Yearwood’s jam tart instructions (Food Network has the full recipe), all she uses to make it is store-bought crackers, butter, sugar, and a jar of apricot preserves. Whipped cream is optional for serving.

Some reviewers were skeptical of Yearwood’s dessert, but the finished product won them over

Yearwood’s jam tart recipe is so simple it left some reviewers wondering if it would yield a tasty dessert. But, as they explained, the finished tart won them over and they were skeptics no more.

“I was skeptical about this recipe, but it was easy and delicious,” one reviewer said, noting that it’s “great with a cup of tea.” They continued, saying they’re “glad” they “added homemade whipped cream” because “it balanced it out a bit.”

“This was excellent!” another person commented on the recipe. “Like the previous reviewer, I too was skeptical, partially because it was so easy. But it truly was good.”

Other reviewers described Yearwood’s jam tart as “very good and easy to make” and a “great mix and match recipe.”

At the time of writing, Yearwood’s jam tart recipe averages five stars on Food Network’s website. However, it’s been reviewed only eight times.

How to make Yearwood’s Jam Tart with Salted Cracker Crust

Yearwood’s jam tart begins with the crust. The Grammy winner uses a food processor, a popular kitchen gadget among Food Network stars, to make it in seconds. She puts a sleeve and a half of store-bought butter crackers in a food processor with some sugar and softened butter. “That’s going to be the crust,” Yearwood said while pulsing the mixture together.

After saving a small amount for later, she presses the remaining crust mixture into the bottom of a tart pan.

After saving “about a tablespoon” for later, she bakes the crust until golden brown. “I mean, seriously, I could just eat this,” Yearwood said as she pulled the crust out of the oven. “This is so good on its own.”

Now for the “jam” element. “I’m just going to spread these preserves evenly over the crust,” Yearwood said as she opened a jar of apricot preserves. “Then I’m going to take this little bit of reserved topping I kept over here” and “sprinkle it over the top,” she explained.

Then the tart goes back in the oven “just until it turns about one shade darker,” she said. 20-25 minutes later, she has “a very simple tart made with a butter cracker crust.”