TV: Fearless volcano hunters who got too close.. and were boiled alive

The Fire Within: Storyville

The House Across the Street

Ancient Romans didn’t have video cameras. But the hundreds of hours of footage uncovered by film-maker Werner Herzog revealed in vivid detail how the last hours of Pompeii must have looked.

Human bodies lay in grotesquely twisted postures, clawing at the sky for air. Cattle and mules stood to their shoulders in floods of mud, slowly being covered over by falling ash.

The pictures were shot by French volcano scientists Katia and Maurice Krafft, over decades of worldwide adventures, racing from one blazing explosion to another. 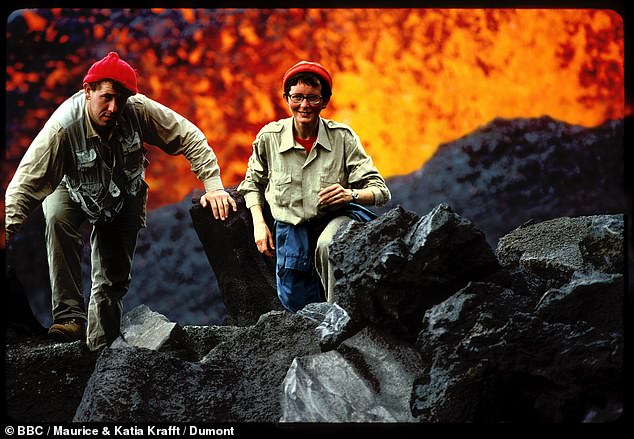 One astonishing sequence in the Storyville documentary The Fire Within (BBC4) showed Katia, then in her 30s, wading ashore from a canoe onto an Indonesian island knee-deep in volcanic ash.

Everyone who hadn’t fled was dead. She explored a house where cutlery still lay on the plates, and a teapot encased in ash stood on a table beside overturned chairs.

As she investigated the scene, like the Roman town at the foot of Vesuvius in the aftermath of the eruption in 79AD, the ground began to shake. With her husband still filming, Katia hurried back to the canoe.

The couple were barely off the island before it was obliterated by another gargantuan earthquake.

Katia and Maurice didn’t live to see this Storyville film. They were killed in Japan in 1991, during the eruption of Mount Unzen. Footage of their last expedition saw them joking to the camera. ‘Even if I die tomorrow, I don’t care,’ bragged Maurice, who was 45.

The blast that killed them was an unearthly sight. Billions of tons of dust and gas flowered out from the mountain, in whorls and spirals that resembled a vast cauliflower of destruction. The cloud, known as a pyroclastic flow, consisted of red-hot gases. When it hit them, the Kraffts would have been boiled alive in an instant.

Herzog, 80, was entranced by the pictures. His halting, wheezy voiceover made it plain he had little regard for the Kraffts as scientists. They were eccentrics, show-offs in homemade silver spacesuits, taking deliberate risks for the camera — such as walking to the very edge of steaming streams of lava, hot enough to frazzle their hair.

Sometimes they were indistinguishable from tourists — though never quite as foolish as the two young women we glimpsed climbing an Italian volcano in bikinis and heels. But the images they captured were unique. We witnessed swarms of flying stones like flocks of starlings, and burning rock cascading in orange waterfalls.

Rivers of pink and purple lava, blotched with black, writhed like dragons from The Lord Of The Rings. Sheets of lava broader than football fields melted and folded into each other like dough. Nothing quite like it has been seen on television before — and few in Pompeii, or anywhere else, have seen it and lived to tell the tale. 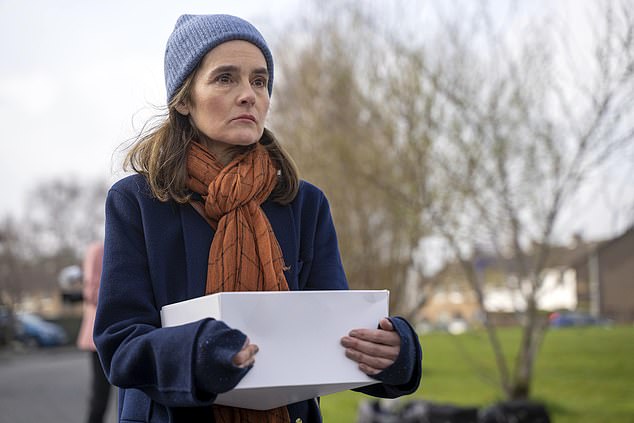 The House Across The Street Episode 1 is shown, staring Shirley Henderson as Claudia

We’ve all seen versions of The House Across The Street (C5). That generic title tells you all you need to know: there’s a missing child, a single mother, friends she can’t trust, secret alcoholics, all the ingredients of a domestic thriller-by-numbers.

Shirley Henderson is Claudia, whose partner abandoned her when she was diagnosed with cancer. To cheer herself up, Claudia spies on the woman over the road, whose seven-year-old daughter has been abducted.

Meanwhile, the lady next-door has a shed full of creepy Victorian dolls. Sometimes, Claudia finds herself standing in gardens, looking at washing lines, or breaking into houses to do the washing up. If it wasn’t so miserable, it’d be funny.