The premiere of NBC‘s upcoming series “Ultimate Slip ‘N Slide” has been delayed following the “explosive diarrhea” outbreak that took place on its set last month.

A spokesperson has confirmed that the show’s Aug. 8 premiere ahead of the Olympic Summer Games closing ceremony would not be airing as scheduled, People reports.

Production on the Simi Valley, California, set was halted in June after a crew member tested positive for giardia, a parasite that causes diarrheal disease if swallowed. 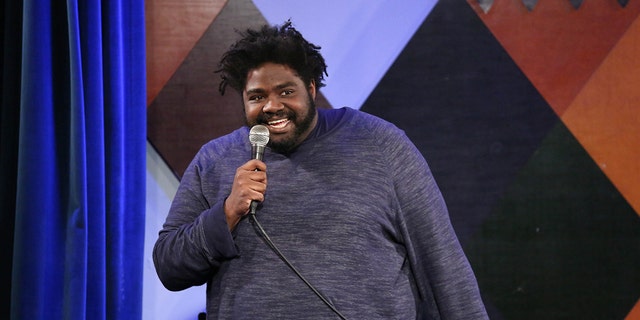 At the time, a spokesperson for Universal Television Alternative Studios, which is producing the show, told Fox News in a statement: “The health and safety of everyone on our set is our number one priority, so out of an abundance of caution we have made the decision to stop production of Ultimate Slip ‘N Slide at the current location.  We are in the process of determining next steps in order to complete production.”

The studio voluntarily paused production on June 2. At the time, the show had just one week of scheduled production left. Water in the area was then tested by a third-party lab, and the Los Angeles County Department of Public Health and Ventura County Public Health.

Results showed on June 10 that giardia was found in the surrounding area of the set.

News of the outbreak was first reported by The Wrap. The outlet, citing a person with knowledge, reported that the giardia outbreak caused 40 members of the crew to become “violently ill” with “awful explosive diarrhea.” The report claims it left people “collapsing” on set and rushing to find restrooms, the outlet reports.

The upcoming series will be hosted by “Saturday Night Live” alum and comedian Bobby Moynihan and actor-writer Ron Funches.

It’s unclear when the show’s debut will be rescheduled. Representatives for NBC and the show did not immediately return requests for comment.