Varys Takes the Crown For Game of Thrones' MVP of the Week, but It's a Bittersweet Victory 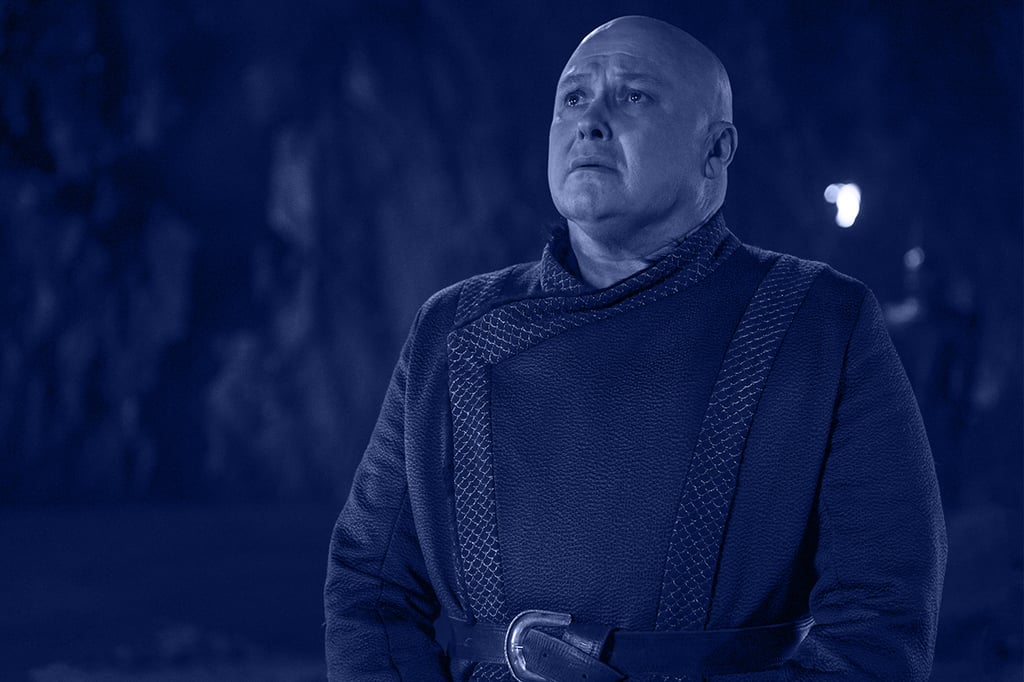 Welcome to Game of Thrones: MVP of the Week, a weekly feature in which we crown the character who stands out most during each episode of season eight. The MVP may have had the most kills, given the best monologue, or died the most heroic death. (Hey, we’re just covering all our bases!)

The end of Game of Thrones is nearly here, and the penultimate episode, “The Bells,” clumsily sets us up for the series finale. As with every episode this season, “The Bells” takes us from point A to G, with everything in between happening off screen or being alluded to. Some characters take a hard heel-turn that still has me scratching my head, while others reach the inevitable conclusion to their arcs in ways that feel undeniably flat. The episode (and kind of this entire season) has moments of brilliance but mostly manages to make everyone watching frustrated about something. Which, in turn, makes it hella difficult to give any of the characters a nod for good behavior!

Fortunately, those brief moments of brilliance do allow two characters to shine in an episode where everyone else is acting a straight fool. Like, Tyrion really tattles on Varys to Daenerys, only to turn around and betray her by setting Jaime free and telling him to leave Westeros with Cersei? Pretty sure his dragon queen won’t be terribly pleased to learn about that! And somehow, Jon has basically become the most well-paid extra on television, because all he’s done in the past few episodes is swing his sword and tell people Danerys is his queen. Make a move, dude!

But I digress. Regardless of Sunday’s uneven story, I’m giving this week’s MVP award to Varys, the only person with the realm’s best interests in mind. But before you lose it, yes, I’m also crowning the Hound runner-up, solely because he’s the one who takes Arya off her path of vengeance against Cersei and possibly sets her up for another big kill.