Star of Vikings since season one, Lagertha star Katheryn has posted a photo alongside Clive Standen, who plays Rollo.

The pair can be seen with Moe Dunford (Eethelwulf) and Donal Logue (King Horik) in a huge reunion for the Starz show.

Fans were delighted to see the reunion and return of a couple of their favourite characters.

Another added: “Reunited and it feels so good!! Love you guys!!”

A third added: “Awesome to have so many Viking actors/actresses together again!! Happy times to cherish!! Hail Queen Lagertha!!”

It is not beyond the realms of the show to bring Horik back in what would be shocking scenes. 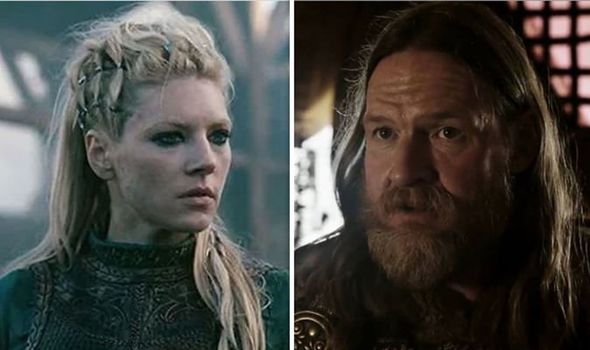 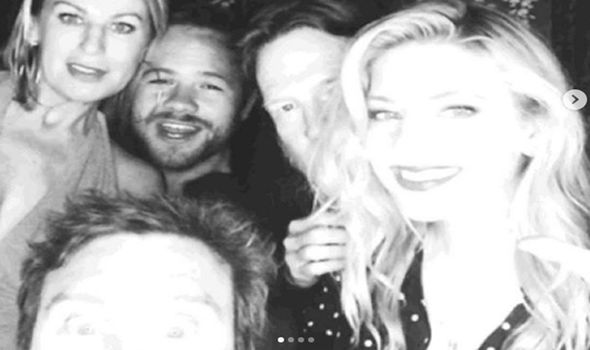 Meanwhile, Lagertha could be about to die in season six after fans spotted an interesting clue from a leaked photo.

The photo shows an emotional funeral pyre scene, which is commemorated with a large boat in traditional Viking fashion.

Fans spotted the shields on the side of the boat were those belonging to Lagertha.

They think it could be Hvitserk (Marco Ilsø) that kills her, with one fan saying: “Unsure if Hvitserk will wilfully join Ivar [Alex Hogh Andersen] or not, if he’s exiled by Ubba or Bjørn, or if he’s snatched up by the Rus after the battle and tortured by Oleg.

“Perhaps Ivar stops him from killing him when he’s at the brink. Which might be what we see in the trailer. 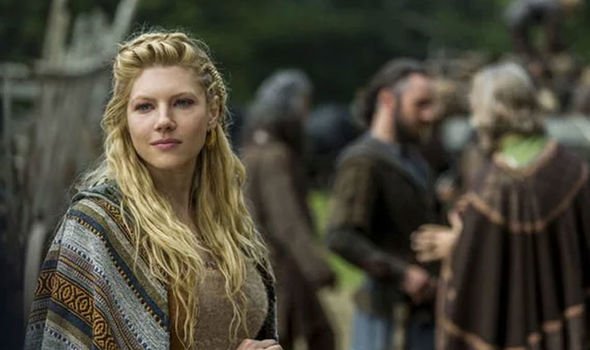 “It could also be Hvitserk killing Lagertha, which causes Bjørn to exile him and be taken in by Ivar.”

The cast reunion is not the only reunion in recent days.

Torvi star Georgia Hirst posted a photo of her alongside Alex Høgh Anderson, who plays Ivar the Boneless, which teased an announcement of the premiere might be forthcoming.

The season six trailer dropped a few months ago and it showed Torvi standing over an unknown grave alongside her daughter.

This grave could be Lagertha’s, proving fans’ theories.

Vikings season six is due to arrive on History and Amazon Prime Video later on this year.