What's next for Will Smith after resigning from the Academy? Plus more news

One week after Will Smith walked onstage at the 2022 Oscars and slapped Chris Rock over a joke about Jada Pinkett Smith’s hair, chatter about the incident shows no sign of slowing down. That buzz seems to have been a major factor in Will’s decision to resign from the Academy of Motion Picture Arts and Sciences, which he announced on Friday, April 1, explaining that he hopes his resignation will “put the focus back on those who deserve attention for their achievements.” So what’s next for Will and the Academy, which previously launched a “formal review” of the slap incident and is now exploring possible disciplinary action? According to Variety, the review process will continue with a disciplinary hearing on April 18 and Will could very well face further consequences for assaulting Chris onstage during the ceremony. The outlet also reports that while Will can keep his Best Actor Oscar for “King Richard,” and may be nominated again in the future, he is no longer a voting member of the Academy. Variety also notes his resignation won’t prevent him from being invited to Oscars ceremonies going forward. In a statement on Friday, Will called his “actions” at the 2022 Oscars “shocking, painful, and inexcusable.” He went on to write, “The list of those I have hurt is long and includes Chris, his family, many of my dear friends and loved ones, all those in attendance, and global audiences at home. I am heartbroken. I want to put the focus back on those who deserve attention for their achievements and allow the Academy to get back to the incredible work it does to support creativity and artistry in film.” The SAG-AFTRA guild has also announced Will could face disciplinary action from the organization.

It’s already been a tumultuous couple of weeks for Miley Cyrus — and now she has COVID-19. “Traveling around the world, playin for 100,000 people a night & meeting hundreds of fans a day, the chances of getting Covid are pretty high,” the singer tweeted on Friday, April 1. “I have Covid now but it was definitely worth it.” Shortly after sharing her positive diagnosis, Miley returned to the platform to add that she’s been forced to cancel a planned performance at Steven Tyler’s Grammy watch party in Los Angeles on Sunday. The event doubles as a fundraiser for Janie’s Fund, the nonprofit Steven created to support young women who’ve suffered from abuse and neglect. “Unfortunately because of this I’m missing out on Janie’s Fund which sucks because it’s a charity that’s super important to me & my friend Steven Tyler,” Miley wrote in a second tweet./ “I am feeling fine so don’t worry about me! Sorry Steven! We’ll have to ‘Walk This Way’ another time! 🖤🖤🖤.” The singer’s Covid news comes after the March 25 death of her friend and “Plastic Hearts” collaborator, Taylor Hawkins. Two days before Taylor died unexpectedly at 50, Miley’s plane was struck by lightning while she was flying to the Asunciónico festival in Paraguay. The plane made an emergency landing and no one was injured, but she was forced to cancel her performance.

Reports claiming Kanye West plans to “go away somewhere to get better” after harassing his ex, Kim Kardashian, and bullying her boyfriend, Pete Davidson, are “simply untrue.” That’s according to Hollywood Unlocked founder and blogger, Jason Lee, who was recently named Ye’s Head of Media and Partnerships, according to Yahoo. On April 1, Page Six reported, “For the sake of the kids, Kanye has told Kim he’s not making any public appearances or inflammatory social media statements, and he will go away somewhere to get better,” citing a source “close to the Kardashians.” Asked for a comment, a rep for the rapper said only, “At this time, Ye is committed to a healthy co-parenting relationship with Kim and is and focused on raising their beautiful children.” Jason, however, shared more information with Yahoo. “Ye monitors all headlines pertaining to him and his family daily,” Jason said in a statement. “Most all are being fed to media by ‘sources close to the Kardashians,’ which have been creating a false narrative that not only is untrue but further compromises his goal of creating a healthy environment for the beautiful children he shares with Kim. He’s been focused on taking care of himself, being a present and loving father and a creative genius well before all the false headlines we’ve seen as recent.” He added, “If you don’t hear it from his mouth, read it from his social media, or get it from a press release he approved it’s simply false.” In recent weeks, Kanye’s posted negative claims about Kim’s parenting on social media and released videos that show a cartoon version of himself burying alive a cartoon version of Pete. He also tore into Trevor Noah in an Instagram post that included a racial slur after Trevor asserted on “The Daily Show” that Kanye’s treatment of Kim has amounted to harassment or worse. Instagram briefly suspended Kanye’s account after the Trevor post. He’s also been nixed from the performance roster at this weekend’s Grammys due to “concerning online behavior.” Kanye and Kim share daughters North, 8, and Chicago, 4 and sons Saint, 6, and Psalm, 2. She was declared legally single in March, 11 months after she filed for divorce from Kanye.

It took them four years to coordinate, but the Jimmys of late-night TV pulled off an April Fool’s joke for the ages on Friday, April 1, by quietly swapping shows. According to The Hollywood Reporter, the in-studio audience at the “Jimmy Kimmel Live!” taping in Los Angeles was unaware of secret trade until Jimmy Fallon walked onstage to deliver the monologue. He had to wait a while until the screams, cheers and laughter died down, then told the crowd, “Hi, I’m Jimmy … settle down, you’re going to offend the other Jimmy,” before wishing everyone a “Happy April Fool’s Day.” Over in New York City, meanwhile, Kimmel confused a Big Apple audience when he stepped out onstage to host “The Tonight Show.” Fallon explained that he and Kimmel had “worked really hard” for four years “to keep [the prank plan] a secret.” And during a “live check-in” with one another, Fallon said the hosts hatched the idea because they “wanted to have some fun with people mixing us up all the time.” As the shows progressed, they interviewed one another’s guests: Kimmel welcomed Hugh Jackman and Bridget Everett in New York City while Fallon interviewed Justin Timberlake (who initially came out as Matt Damon) and Kimmel’s Aunt Chippy, who, like the audience, had no idea she would be talking to a Jimmy other than her nephew. “There’s no end,” she said of Kimmel’s apparent obsession with pranks. “It never ends.”

Shia LaBeouf and Mia Goth welcome their first child together

Shia LaBeouf and Mia Goth have reportedly welcomed their first child together. On April 1, People spotted the couple out for a stroll together in Pasadena, California, while pushing a baby stroller. They haven’t confirmed whether their new addition is a boy or a girl or when Mia gave birth. Shia, 35, and Mia, 28, met on the set of of the Lars Von Trier film, “Nymphomaniac: Vol. II,” and romance rumors about the two followed close behind. The couple tied the knot in 2016 at a small ceremony in Las Vegas with their mothers present. “The plan was for it to be a private deal,” Shia later said on “The Ellen DeGeneres Show.” “Part of the package, the King Tut package, you get a live stream for free.” Video of the wedding leaked despite their request not to tape the ceremony. “We’re proud of it,” Shia told Ellen. “It was love.” 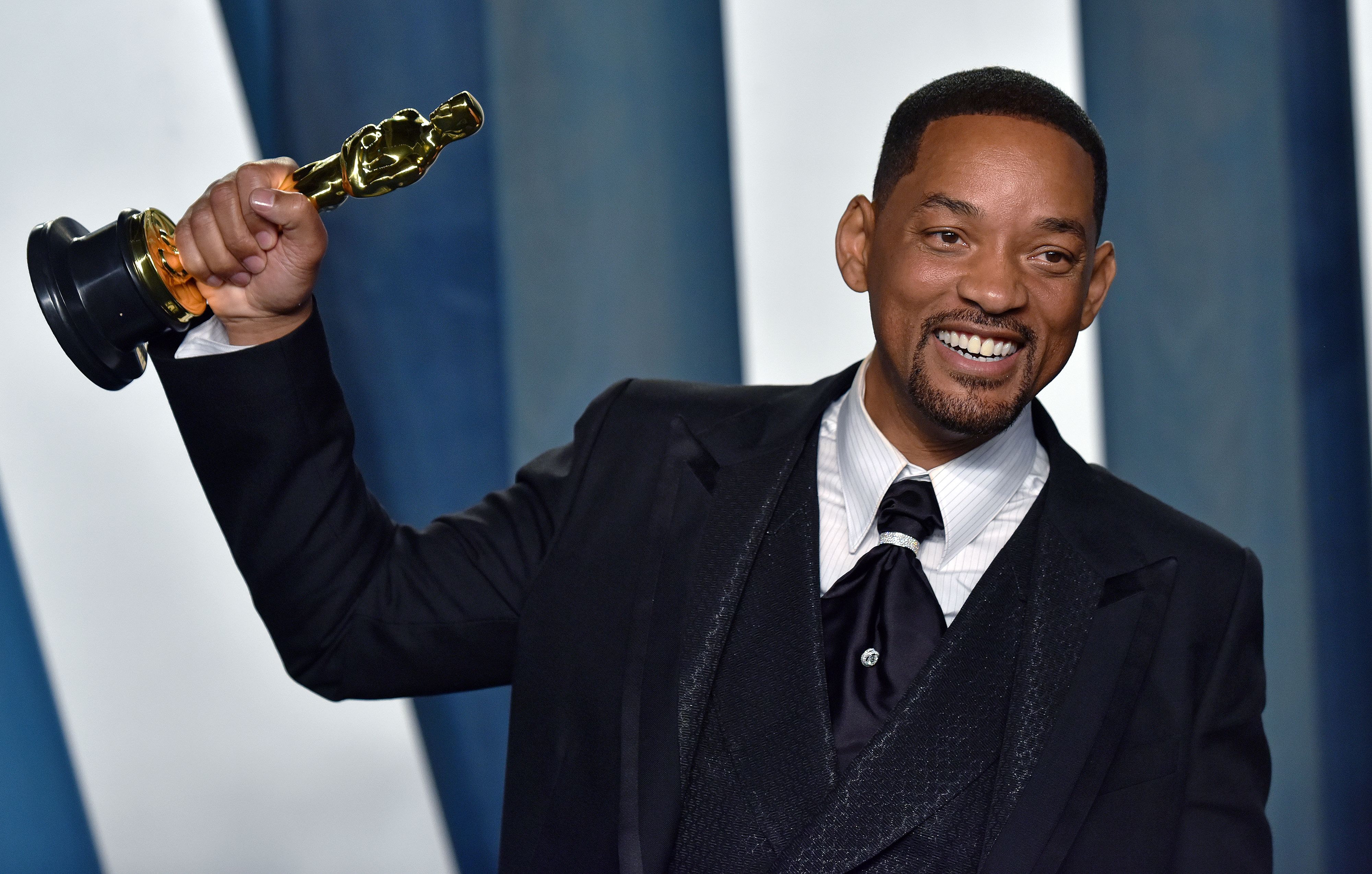 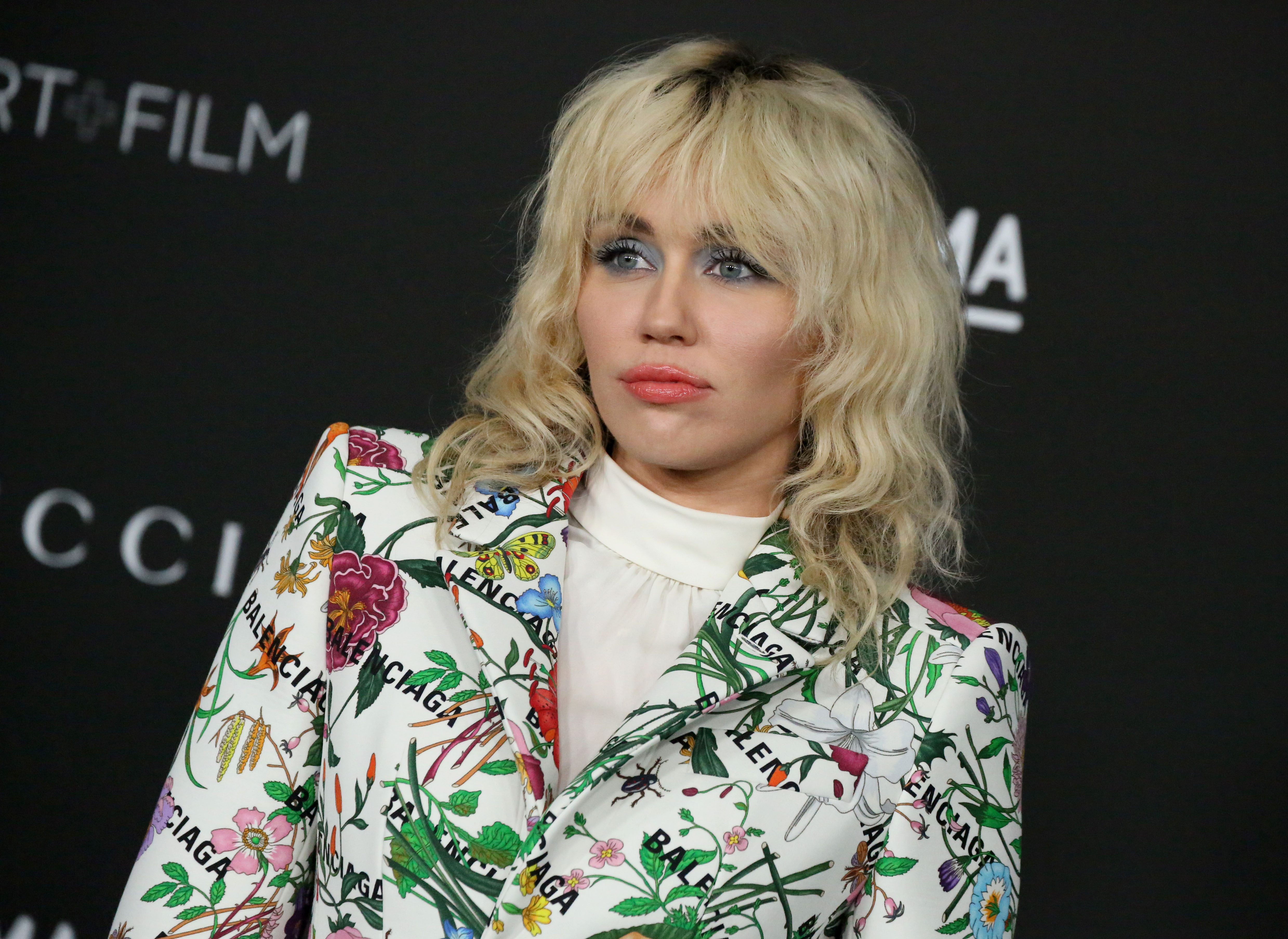 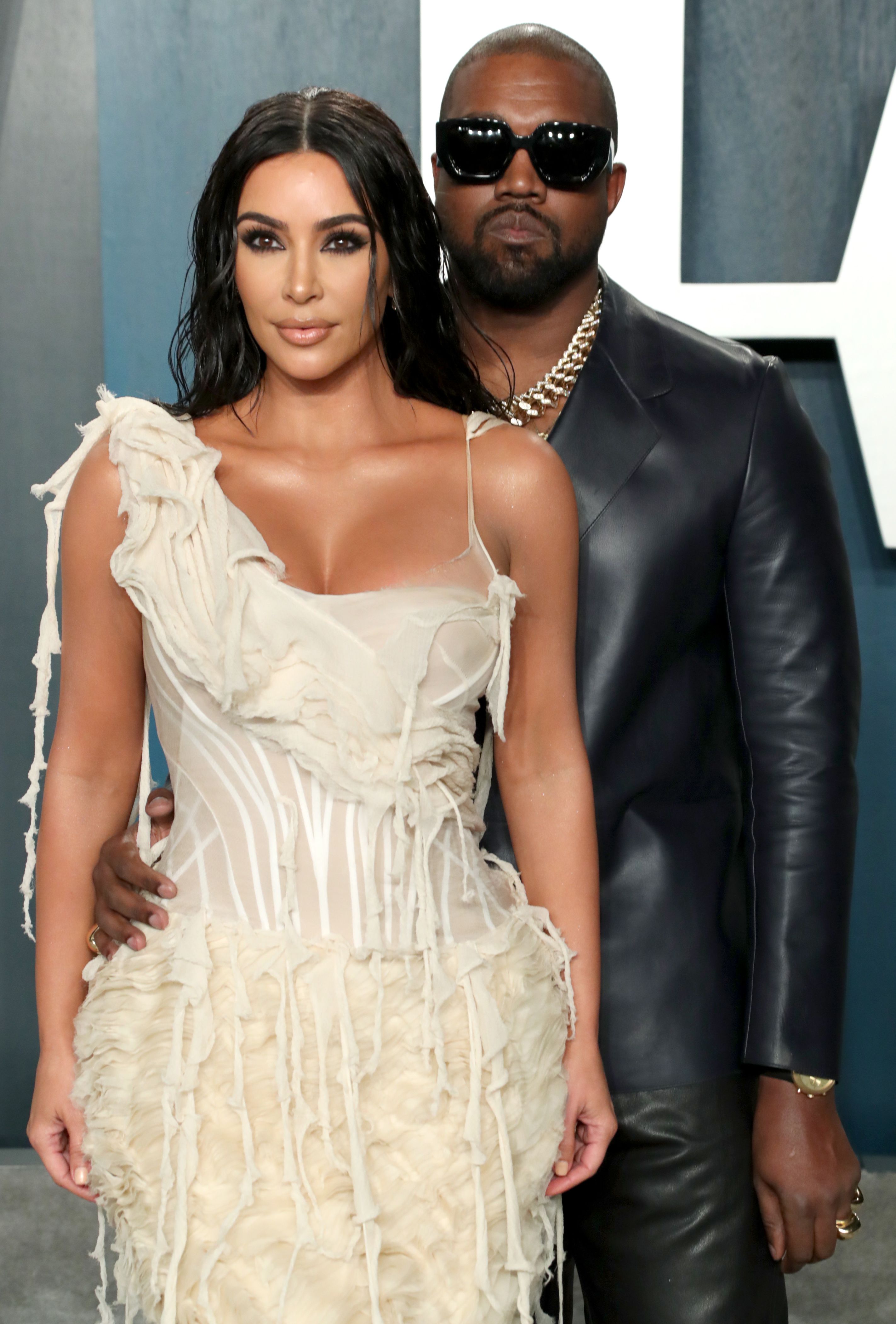 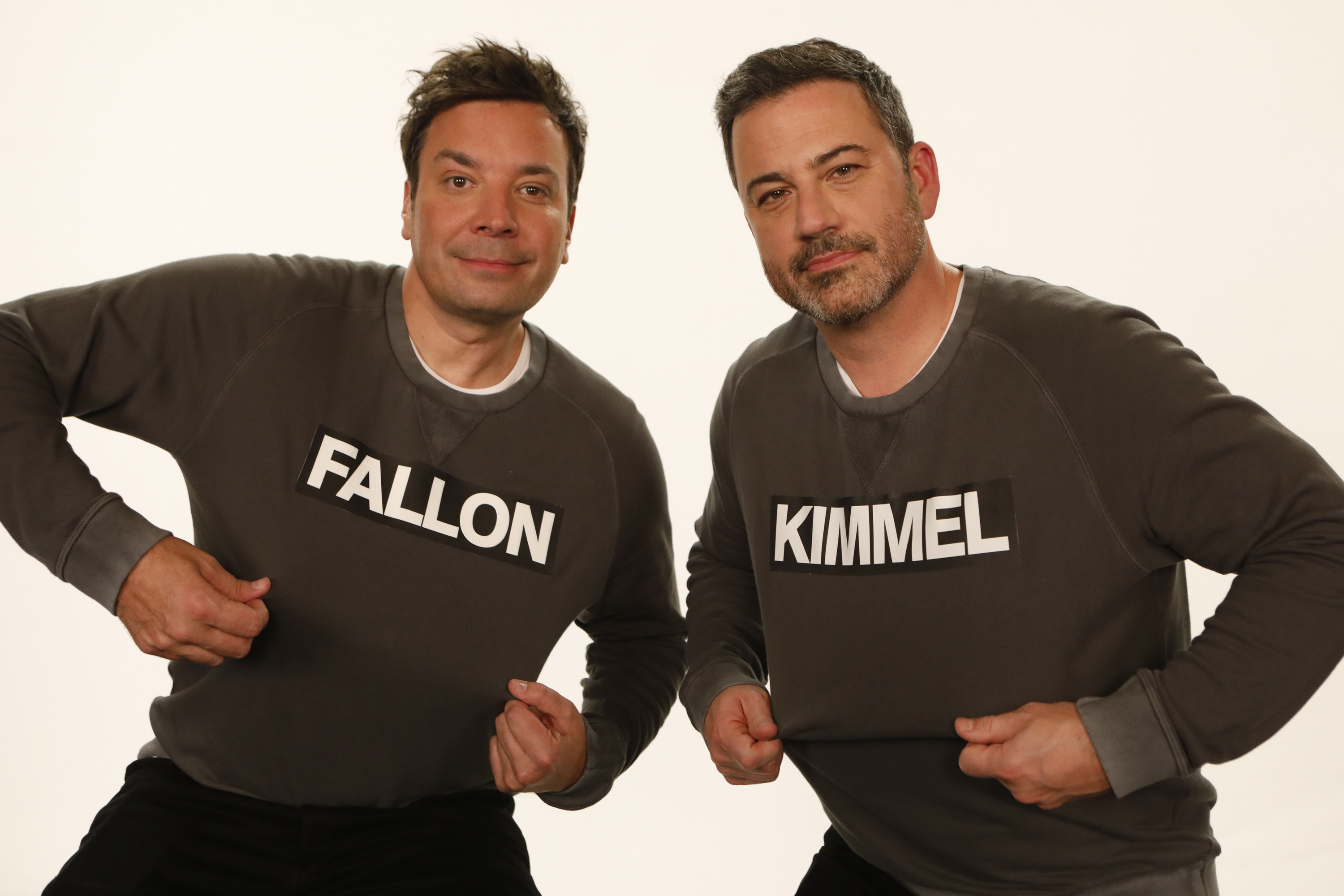 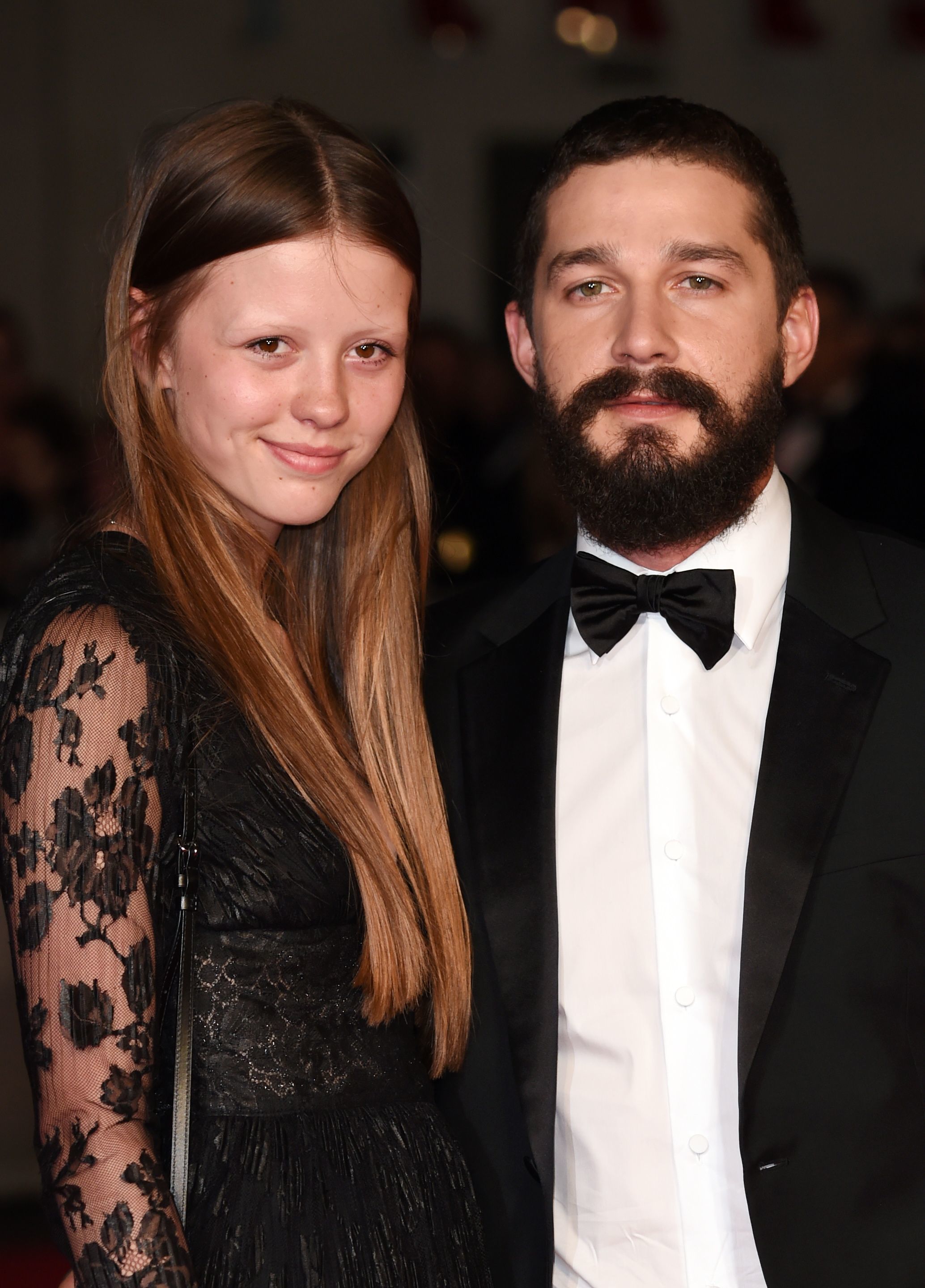