Who Is Going To Help Build Meghan And Harrys TV And Film Empire?

Before their tell-all interview with Oprah Winfrey that rocked the world, Prince Harry and Meghan Markle signed multi-million dollar deals with both Netflix and Spotify. But according to the Duke of Sussex himself, this wasn’t all part of his and Meghan Markle’s plan to build a multi-media brand with their names. Instead, he insisted that the deals were necessary after he was cut off financially from his father, Prince Charles, reports The Washington Post.

As Harry told Oprah (via Deadline), “The Netflixes and Spotifys of it all was never part of the plan.” He explained, “At the time during Covid, the suggestion by a friend was ‘what about streamers?’ and we hadn’t thought about it. There were all sorts of different options and from my perspective, I just needed enough money to pay for security to keep my family safe.”

Fast-forward several months and it seems like that suggestion by Harry and Meghan’s friend was a solid one. The couple reportedly now has a team to help them build what many people are calling a television and film empire. Here are the people you need to know behind that plan. 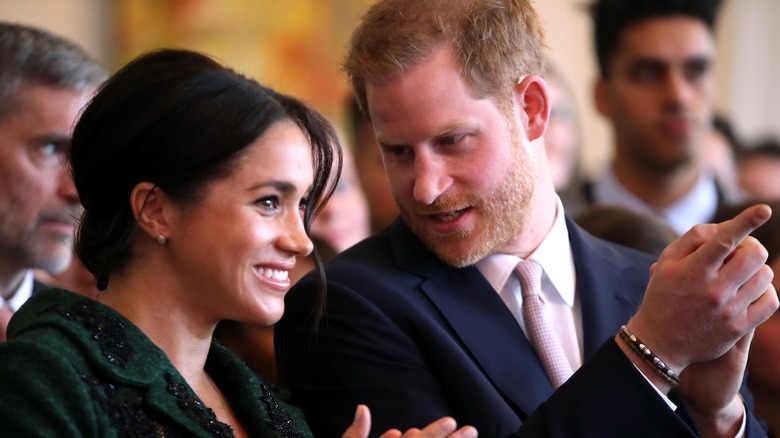 Today reports Prince Harry and Meghan Markle are currently on their parental leave following the birth of their second child, Lilibet, but that doesn’t mean they aren’t working behind the scenes. According to Harper’s Bazaar, the Sussexes have hired a trio of women who will run the show behind the scenes at Archewell Productions. Nishika Kumble of Disney+ has joined the division along with Chanel Pysnik, who developed original series for CNN and HLN, and Rebecca Sananes, the former lead producer at New York Magazine’s Pivot podcast.

Kumble has been tapped to serve as the Senior VP for scripted television for the Sussexes’ Netflix-based production company, while Pysnik will be the head of the unscripted department, which will include all nonfiction and film series. Sananes, meanwhile, will be the head of audio. All three have impressive backgrounds and resumes and will begin preparing the release of two major Archewell projects: “Heart of Invictus,” a docuseries produced with the Invictus Games Foundation, and “Pearl,” an animated series about a young girl created by the Duchess of Sussex herself, according to The Hollywood Reporter.

That’s definitely not a bad start for two royals who were just looking for a paycheck at the beginning of all this.