Who is Sue Bird? Megan Rapinoe is engaged to the WNBA star

Sue Bird is engaged to the soccer star Megan Rapinoe.

Bird took to Instagram yesterday to post a photo showing Megan Rapinoe on her knees while presenting her with a ring.

The photo shows Bird standing inside a pool with Rapinoe kneeling on the edge. Bird has her back to the camera, but Rapinoe is facing the camera.

Rapinoe is smiling happily as she slips a ring into Bird’s finger.

Bird did not write a caption for the photo, but her social media followers drew their conclusions from the photo and began posting congratulatory messages. 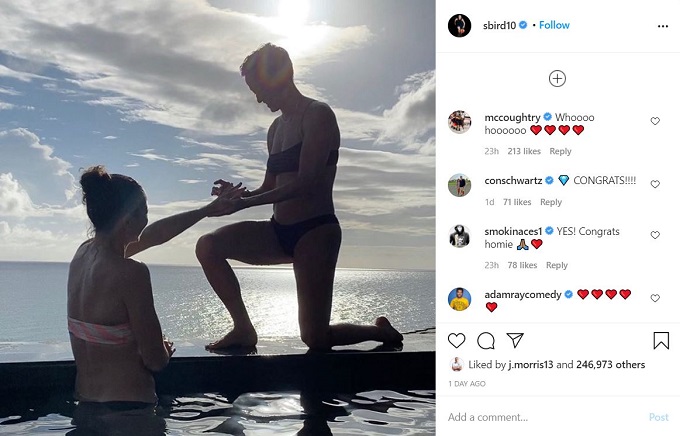 Rapinoe is also known to sports fans in the U.S. and worldwide as the U.S. national team’s outspoken captain in the FIFA Women’s World Cup.

However, some have been searching for information about Rapinoe’s partner, Sue Bird. If you’ve also been wondering who Sue Bird is, here is what you need to know about her.

Who is Sue Bird?

Sue Bird (Suzanne Brigit Bird) is one of the best WNBA basketball players in history.

She is 40 years old and holds dual Israeli and American citizenship. She currently plays for the Women’s National Basketball Association’s (WNBA) Seattle Storm.

Bird attended Syosset High School and later Christ the King Regional High School in Queens, New York. She took an interest in sports from an early age and excelled in basketball during her high school. She also played soccer and tennis.

She attended the University of Connecticut, where she earned a degree in communication science.

She played basketball at UConn and won two NCAA Championships in 2000 and 2002. She won several awards, including the Naismith College Player of the Year as the nation’s best player in 2002.

The Seattle Storm drafted Bird as the number one overall pick in the 2002 WNBA Draft. 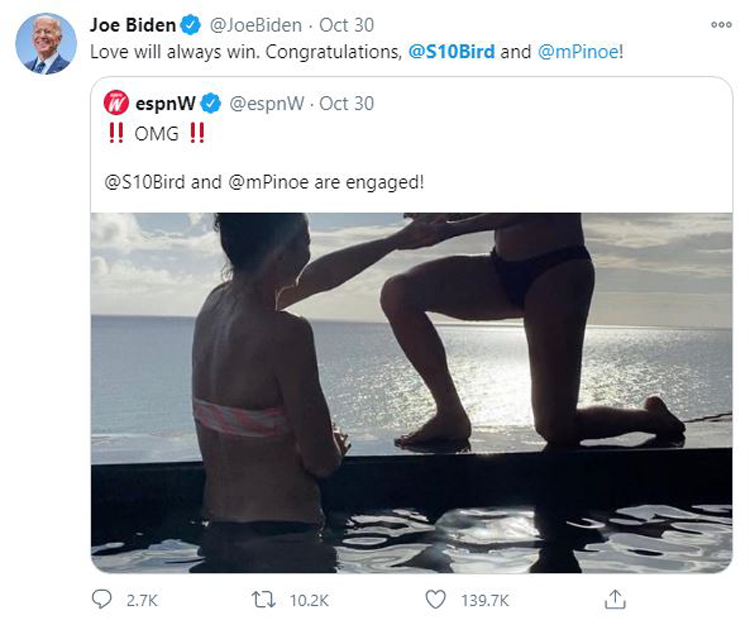 “Congratulations to @mPinoe and @S10Bird on their engagement,” posted tennis legend, Billie Jean King, adding a #lovewins hashtag to the end.

The news comes after actress Scarlett Johansson and Colin Jost tied the knot.