And Lisa Appleton certainly looked confident as she hit the beach in Benidorm today.

The TV star let it all hang out as she slipped into the sea in some blue lacy lingerie.

In true Lisa style, the TV personality put on a cheeky display as she pulled down her bra to reveal her bare assets while lapping up the sun.

Lisa looked to be having a whale of a time in the Spanish resort, playfully sticking out her tongue and giving awaiting photographers a wink.

The busty babe showcased a makeup-free complexion for the outing, displaying the results of her recent Botox injections, lip fillers and face peel treatment.

She styled her luscious dark locks into a sleek down do, adding extra sex appeal to the saucy look. 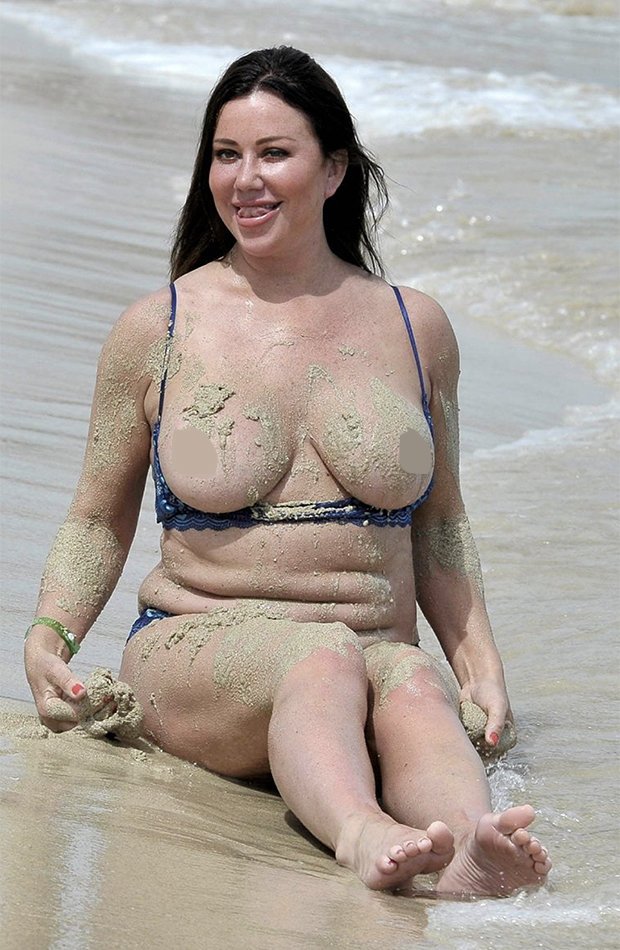 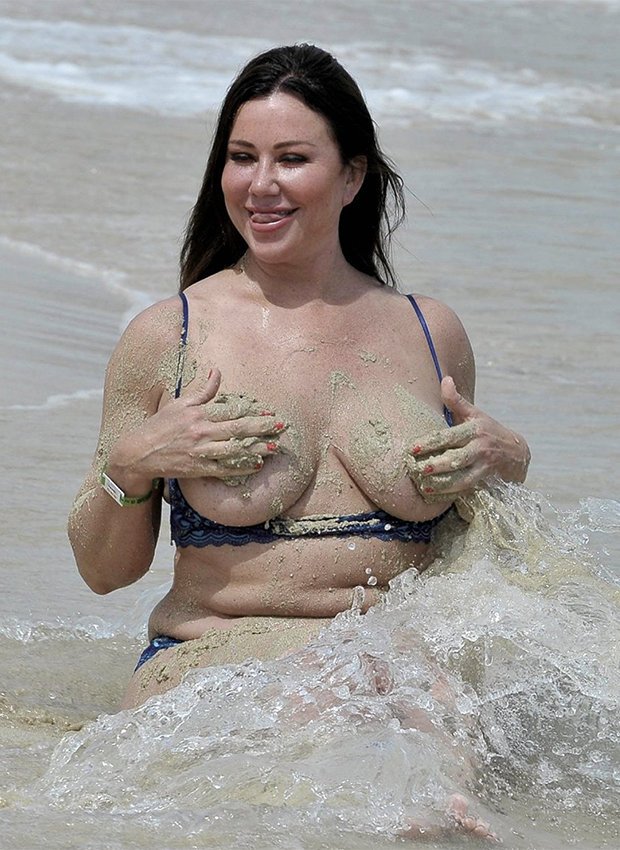 Speaking to The Mirror, she explained: “I have been offered big bucks to star in Fake Taxi, I had a good chat with the producers and they’re keen for me to film asap.

“At the moment I’m prepared to flash my t**s, flag down the taxi and be spontaneous. Let’s wait and see what happens.”

Lisa also regularly encourages her Twitter followers to sign up to her Only Fans account, a subscription-only channel, where she posts soft pornographic images and videos of herself. 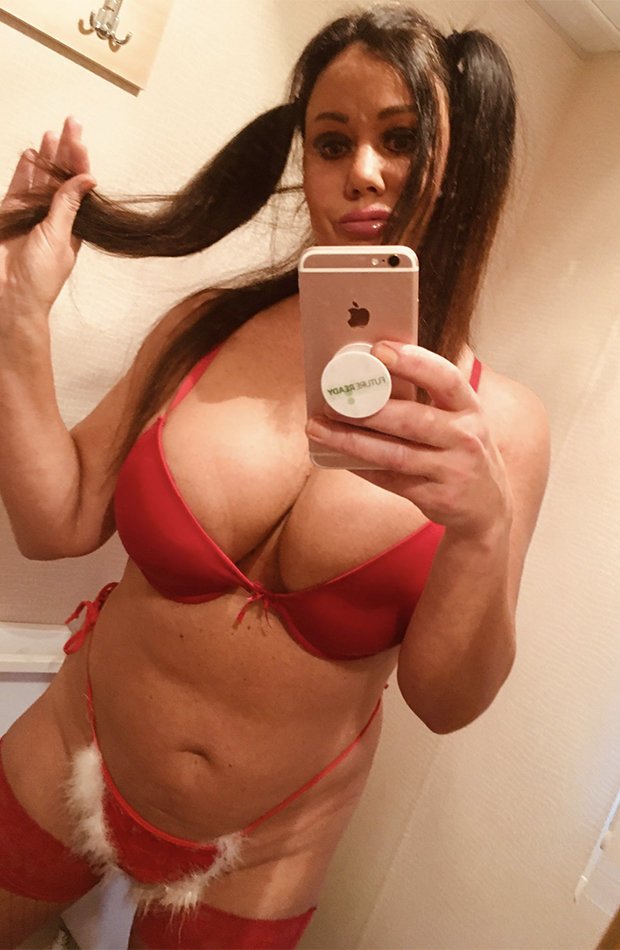 The mum-of-one is rumoured to have been left homeless earlier this month and is now living in a caravan.