Why This Bachelor In Paradise Promo Has Fans Shouting Spoiler Alert 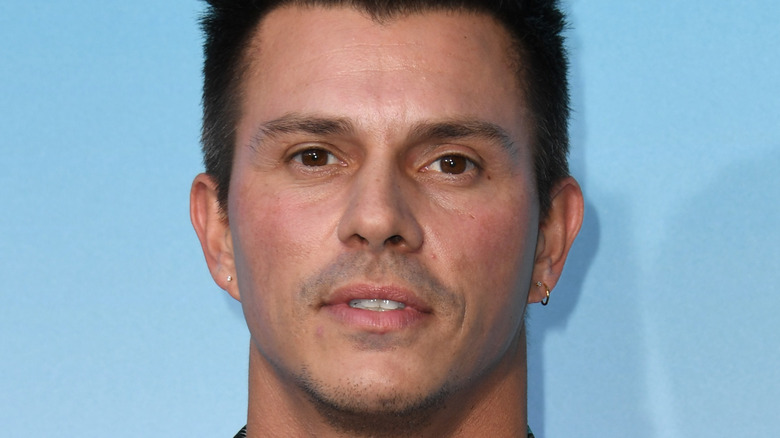 Someone might be kicking themselves over at ABC for revealing a pretty critical part of the “Bachelor in Paradise” ending in one of the show’s promos. Spoilers ahead! In the promo video (via YouTube), along with lots of smooching and beautiful beach scenery, you can see someone opening a ring box with the assumption that it’s a proposal. And nothing gets past Bachelor super-fans. Even though it was just on the screen for about a second, you can see that the person opening the box seems to be Kenny, based on the chest tattoo and the gold chain necklace (via Cosmopolitan).

The one-second reveal could be a red herring, but Reality Steve, who has made a living from giving the world “The Bachelor” and “The Bachelorette” spoilers, also backed it up. He wrote that Kenny Braasch and Mari Pepin got engaged at the end of the season. He also said two other couples get engaged by the season’s end, but there’s no spoilers (yet!) for any other engagements via ABC.

Kenny Braasch showed up naked to Bachelor in Paradise 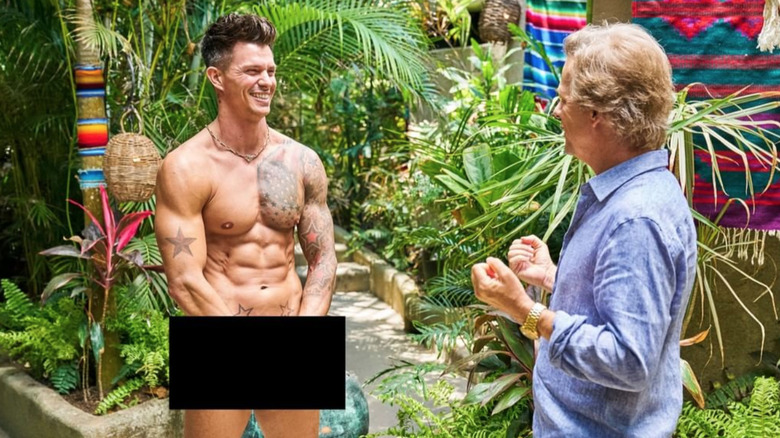 Kenny was first a contestant on “The Bachelorette,” looking for love with Clare Crawley or Tayshia Adams, and he made quite the memorable entrance for “Bachelor in Paradise” — seemingly showing up nude (via MEAWW). Mari was a contestant on Season 25 of “The Bachelor” with Matt James (from ABC).

Fans will have to wait until mid-September for the finale to see if Kenny and Mari really do get engaged, and along the way, enjoy all kinds of drama with the gorgeous backdrop of the Playa Escondida Resort in Sayulita, Mexico (from House Beautiful). The show, airing on Mondays and Tuesdays, will feature guest hosts after the departure of Chris Harrison — names including David Spade, Lance Bass, Tituss Burgess, and Lil Jon (from Marie Claire).

Bass was surprised at how focused the contestants were on looking for love. “I mean, it is just so real,” Bass told US Weekly. “I did not realize that you could really start falling for someone so quickly when you’re put in a setting like that.” Here’s hoping if Kenny and Mari really did get engaged that they’re still going strong after the excitement of filming the show.