YouTube has been running ads from major advertisers on videos depicting animal cruelty, despite such content violating its policies, animal welfare charity Lady Freethinker and Insider have found.

Ads for brands including Disney+, Facebook’s Portal, Land Rover, Lowe’s, Amazon Prime Video, Dyson, Nationwide Pet, and Peloton were found on videos flagged by Lady Freethinker showing animals who appear to be under severe psychological distress, pain, or even death in one instance.

Lady Freethinker shared its investigation with Insider, which also recorded instances when those videos carrying advertising. Around 30 animal abuse videos, some of which had racked up millions of views, were identified as running ads between March 9 and March 19.

Many of the videos identified in the investigation purported to show domestic animals like puppies and kittens being “rescued” by a human from a dangerous attack from a snake or a crocodile. However, the charity said it believed such situations were staged, cinematic events. The content creators often used the same animals in multiple “rescue” videos, Lady Freethinker found.

Ads for the website building service Squarespace, for example, were found on separate videos claiming to show a “primitive man” or “primitive boy” saving a pig, turtle, and a family of ducks from snake attacks. One of those videos had amassed 4.7 million views.

Insider contacted all the advertisers named in this article for comment. Nationwide wrote: “While we have confirmed that this video has been removed from the platform, we have also contacted YouTube to pause all pet insurance advertising until we can regain confidence that YouTube filters are in line with our values.”

Facebook said it was investigating the claims with its partners. The other advertisers have not responded.

The automated nature of digital advertising means advertisers don’t usually actively choose exactly where their ads appear. Ads seen on YouTube are largely personalized to the individual viewer, based on information such as their demographics, location and browsing behavior — meaning the ads viewed by US-based Lady Freethinker’s staffers were different to those viewed by Insider in the UK, even when viewing the same videos.

Founded in 2013, Lady Freethinker is a US-based media nonprofit that works to expose and prevent animal cruelty. It has been investigating YouTube’s role in hosting animal abuse videos since April last year.

Some of the videos identified by Lady Freethinker had already been removed or set to “private” before Insider approached YouTube for comment this week. However, while those videos are no longer on the platform, the findings still raise questions about why YouTube monetized the videos in the first place.

The issue of brand safety on YouTube became a particular sticking point around four years ago when dozens of major brands stopped advertising on the platform after news reports revealed ads had appeared alongside offensive videos, including terrorist content. Major advertisers also pulled their spending in 2019 after a vlogger alleged YouTube videos were being used to facilitate a “soft-core pedophile ring” (YouTube responded by purging hundreds of channels.)

YouTube has sought to alleviate marketers’ concerns about the platform by adding more controls to help them manage the types of content their ads might run against. The company has also improved its automated monitoring technology and said it now employs more than 10,000 people to detect and remove content that violates its policies.

Last month, YouTube’s brand safety processes received an accreditation from the Media Rating Council, an important ad industry stamp of approval. YouTube also works with a handful of third-party measurement partners who help advertisers track where their ads have appeared and assist them with monitoring channels for what the industry calls “brand suitability.”

“They can offer all these different features and technologies and solutions for brand safety but the challenge for them will always ultimately be the scale,” said Michael Schwalb, general manager of data and advertising at JW Player, a video streaming and adtech company. “It’s just not feasible to be able to monitor everything all the time, 24/7 — the risk is still there that you’re going to end up on something that’s controversial.”

With more than 2.3 billion users worldwide, YouTube’s audience is an attractive destination for advertisers. But with the sheer number of videos it hosts and publishes every day, there’s also a risk that advertisers could appear next to inappropriate content. YouTube has previously said more than 500 hours of content is uploaded to the platform every minute.

Increasingly advertisers have tasked third-party vendors and agencies to curate “inclusion lists” of channels whose content is suitable for their brands to appear next to. However, such restrictions usually reduce the potential number of videos advertisers are willing to advertise against, which presents a challenge for YouTube to make available more suitable “brand safe” inventory to maintain those marketers’ level of spend.

YouTube has recently sought to increase the number of videos on its platform that carry ads. Last November, YouTube said ads would begin appearing on “brand safe” videos that are not part of YouTube’s Partner Program, in which it compensates creators with a share of the advertising revenue derived from their videos. YouTube said the move would help advertisers “responsibly tap into the full scale of YouTube.” Parent company Alphabet said YouTube’s advertising revenue hit $6.9 billion in the fourth quarter of 2020, up 46% on the fourth quarter of 2019.

The YouTube spokesperson did not respond directly to a question from Insider about whether any of the channels flagged by Lady Freethinker had received a cut of the advertising revenue generated by their videos as part of the YouTube Partnership Program.

YouTube has removed or demonetized videos flagged to it by Insider on March 22, but the issue didn’t immediately go away.

Later that day, Lady Freethinker identified 16 more monetized YouTube videos that it said depicted contrived rescue situations and staged animal fights. Those videos carried ads for advertisers including eToro, GoDaddy, and Doordash. Some of the videos, including one showing a man purportedly rescuing a cat from a “king cobra,” have racked up tens of thousands of views. On March 23, Insider provided YouTube with the list of those additional monetized videos and is awaiting further comment.

An eToro spokesperson said the company has controls in place to ensure that its advertising is targeting relevant and appropriate audiences and that it’s not associated with certain types of videos, such as adult or abusive content.

“Our marketing team is looking into this, but we suspect that because this video contravenes YouTube’s terms of service it is not classified in such a way that would enable us to exclude it from our advertising with the controls supplied to YouTube advertisers,” the spokesperson said, adding that eToro is working to remove its ad from the video Insider flagged to the company. GoDaddy and Doordash didn’t respond to requests for comment.

Lady Freethinker ran an earlier investigation between April and July of last year that found YouTube was hosting around 2,000 videos depicting animals deliberately placed in perilous or distressing situations, The Guardian reported in December. Almost 500 of the videos Lady Freethinker identified from that initial investigation were later removed, but others remained up for months, with some of those notching up millions of views, Jackel told Insider.

“All I’ve seen so far is YouTube removing videos handed to them, but no talk of proactively going after the root problem,” added Jackel. “There are so many more, identical videos.”

Meanwhile, YouTube is testing a new ad-targeting control to give advertisers more reassurance their ads will not appear next to objectionable content, according to several media buyers who have been pitched the tool by their Google reps. 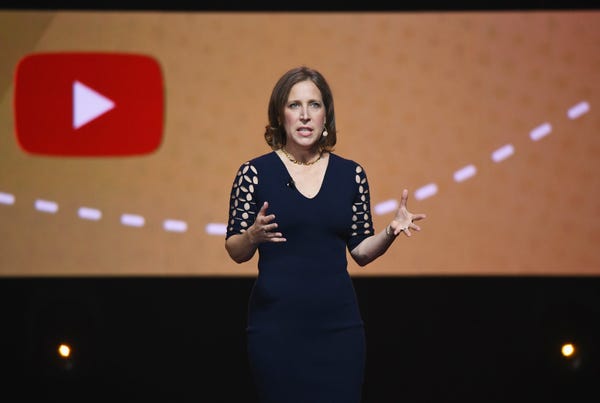 The ad buyers said Hypersensitive Mode is being tested and is only available to advertisers who meet certain eligibility criteria: They need to have currently paused their YouTube ad campaigns or be using restriction lists.

YouTube said it is always testing ways to improve its experience for advertisers and that it believes it’s at least 99% effective at ensuring the brand safety of ad placements on YouTube, regardless of advertisers’ suitability preferences.