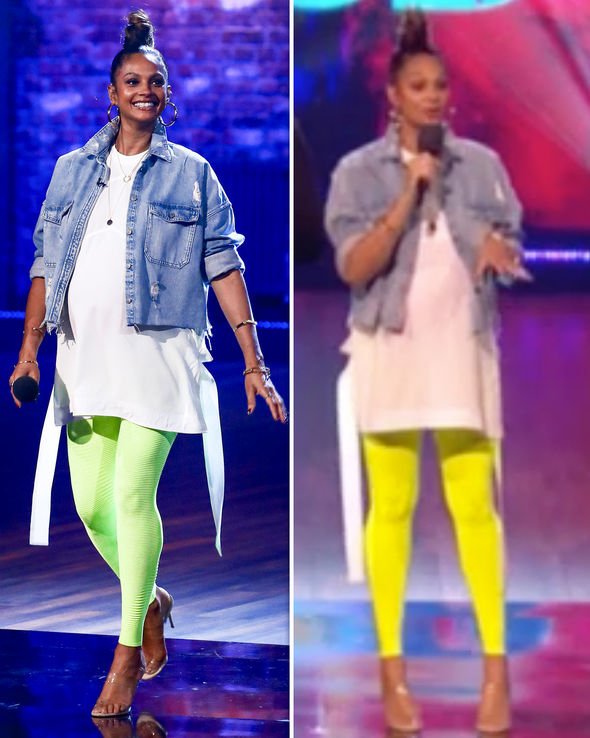 Alesha Dixon channeled the 1980s tonight as the new series of The Greatest Dancer continued. The singer and television personality presents the new series of the show with dancer, Jordan Banjo. Tonight, she opted for a casual look pairing colourful leggings with an oversized T-shirt and denim jacket.

Alesha, who was pregnant at the time of filming, opted for comfort when styling her look.

She wore a pair of fitted green neon leggings that had a ribbed design down them.

The former singer covered up with an oversized white T-shirt, which was cut to her mid thigh.

The look had two long white strips that were tied into bows and hung from both sides. 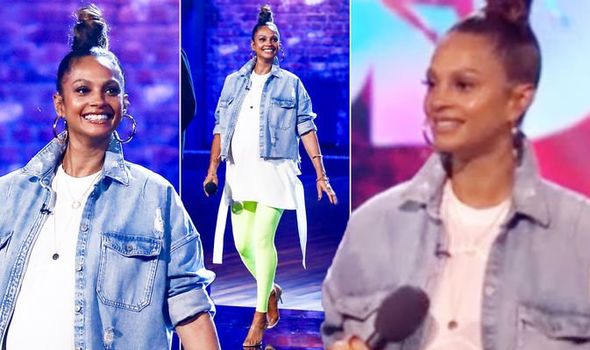 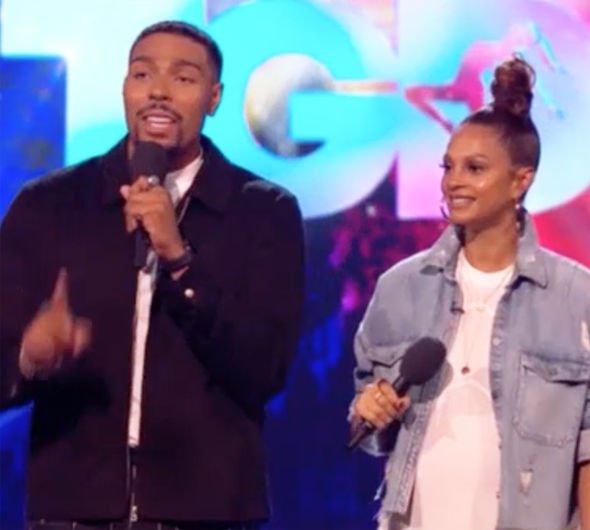 It had four small silver buttons down the front and an oversized pocket on each side of the chest.

The garment cut off just above her hips and the presenter styled it with the sleeves and collar up.

Alesha accessorised the outfit by wearing a collection of gold jewellery.

She wore two long gold chains around her neck which matched the four gold bangles on her wrists.

In her ears, she wore an eye-catching pair of oversized gold hoop earrings.

Alesha finished her ensemble with a pair of clear strappy stiletto high heels.

Her dark locks were pulled tightly into an oversized bun piled on top of her head. 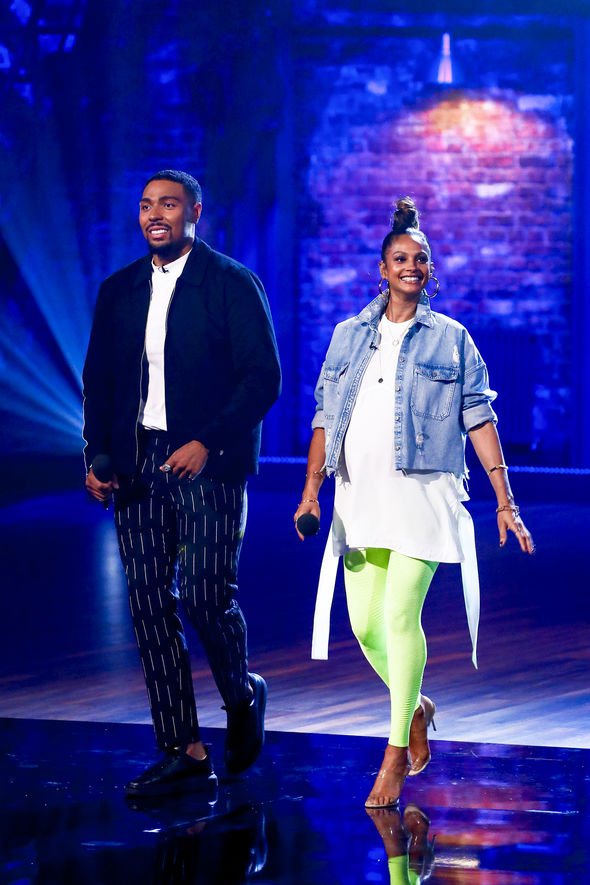 The star enhanced her natural beauty with a coat of mascara, slick of blusher and shiny brown lip gloss.

The Greatest Dancer’s first season aired in early 2019 and the second season kicked off last week.

The dance competition features previously undiscovered acts as they perform weekly for the chance to win.

Before hosting the show, Alesha displayed her own dancing skills when she won Strictly Come Dancing in 2007. 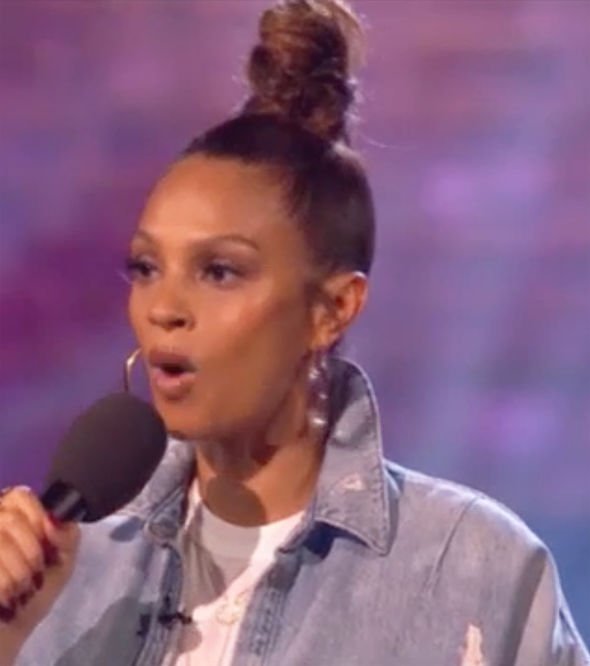 Last week, the presenter gave a leggy display as she hosted The Greatest Dancer in a black bodycon dress.

She paired the look with an oversized black blazer that had slits cut out of the sleeves.

Alesha wore a pair of shining, thick hoop earrings and a collection of gold chain necklaces.