A BRIDE-to-be has shockingly revealed she plans to have an open casket at her wedding after her aunt passed away just days before the ceremony.

The unnamed woman revealed that in light of recent events, she's combining her wedding with a wake for her Aunt Karen. 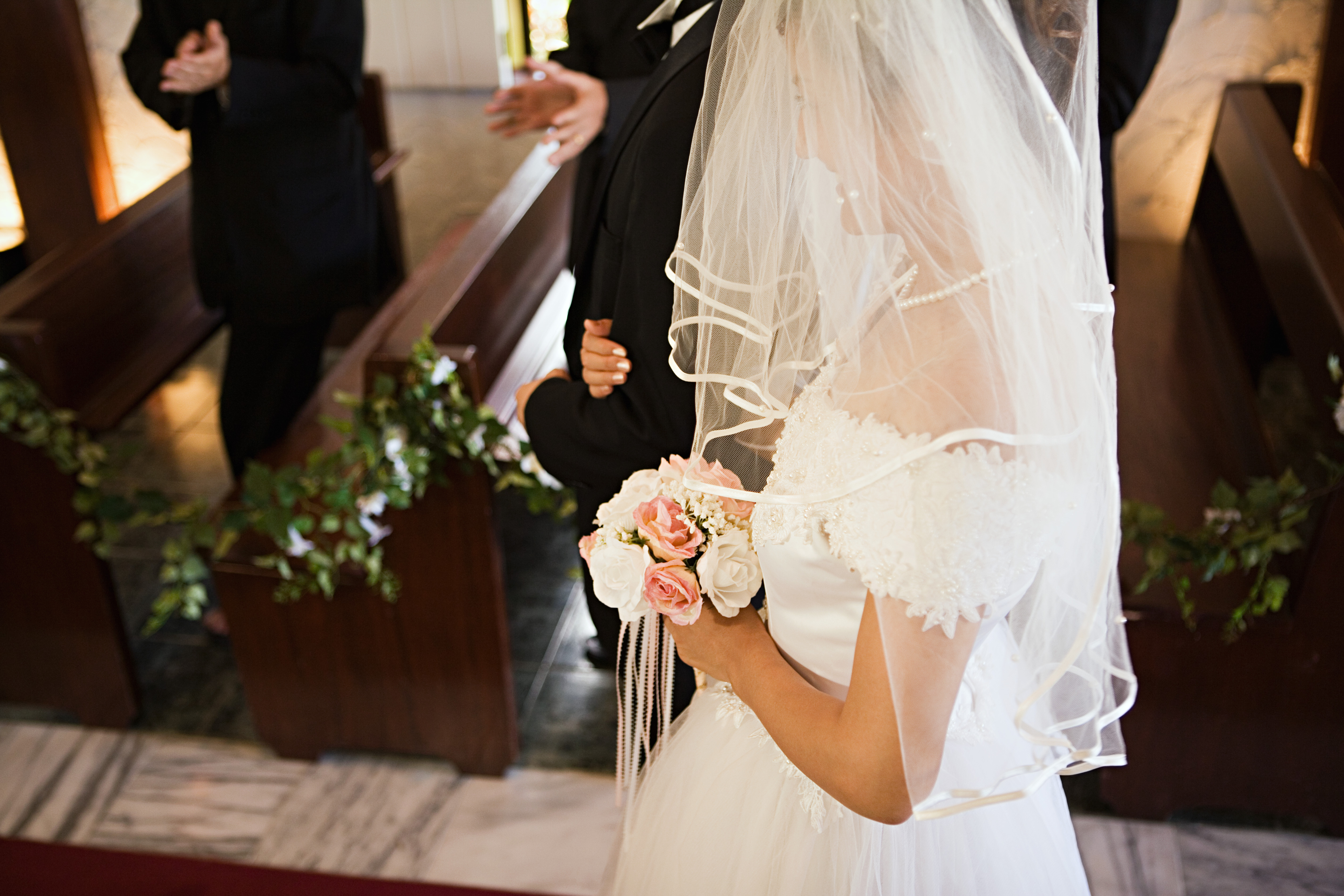 The bride-to-be broke the news on Facebook to “family and friends” that Aunt Karen had tragically died, but confirmed the wedding was going ahead as planned.

She wrote: “Some of you may have gotten the news already – but Aunt Karen has sadly passed away from natural causes.

“We are all deeply saddened about her loss but we promise that we will not cancel the wedding next week.

“In her honor, we know she would want us to celebrate and have a day filled with love and joy.” 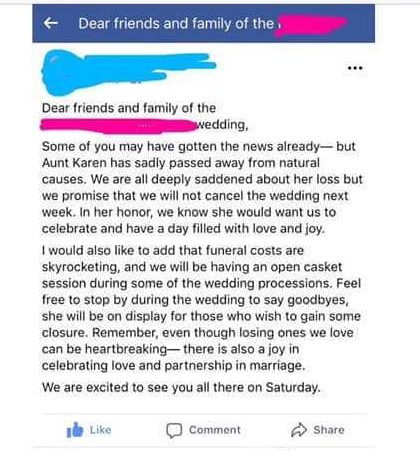 But she then rants about burial costs, and in a move to cut down on expenses plans to host the wake at the wedding, with Aunt Karen in an open casket.

The bride-to-be continues: “I would like to add that funeral costs are skyrocketing, and we will be having an open casket session during some of the wedding processions.

“Feel free to stop by during the wedding to say goodbyes, she will be on display for those who wish to gain some closure.

“Remember, even though losing ones we love can be heartbreaking – there is also joy in celebrating love and partnership in marriage.”

She signs off her post by saying the couple are “very excited” to see everyone on Saturday.

The bizarre post has racked up thousands of comments, with people calling the wedding-come-funeral setup “awkward”.

One person said: “Why don’t they cover the casket in tulle and call her a bridesmaid? I have no words.”

Another said it was a “sweet gesture” but “awkward at the same time”.

While this person added: “And we need money for the weirdest funeredding ever.”

Although one person, who knew the deceased, said: “RIP Aunt Karen.

“That woman loved weddings, good thing she will get to partake in one last one.”

Meanwhile this bride-to-be has been shamed for wearing two ‘ugly’ engagement rings.

And this cheeky couple RSVPd to a wedding – and invited eight family members.

While people thought this bride wore a 'strip show' wedding dress which exposed her 'bottom cleavage'.