A BRIDE has been mocked for issuing a bonkers list of demands including banning guests wearing a full face of make-up, demanding no one speak to her and ordering people to bring a gift worth at least £60.

One bridezilla went above and beyond with the rules for her big day, which started off fairly reasonable but soon escalated into downright bizarre. 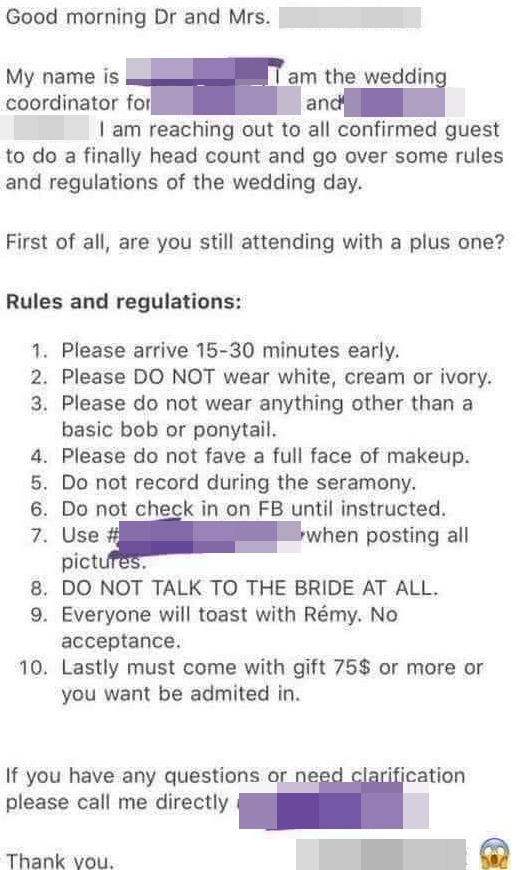 One couple who received the email containing the strict regulations shared it to Reddit, where people have blasted the bride.

The author starts off by introducing themselves as the wedding co-ordinator, and says they want to double check numbers, and confirm if they’re attending with a plus one.

But it then goes on to list the bride’s ‘rules and regulations’, the first of which is to arrive at least 15 minutes early.

She then puts in writing that no one is allowed to wear ‘white, cream or ivory’ – a massive faux pas guests still seem to fall foul of. 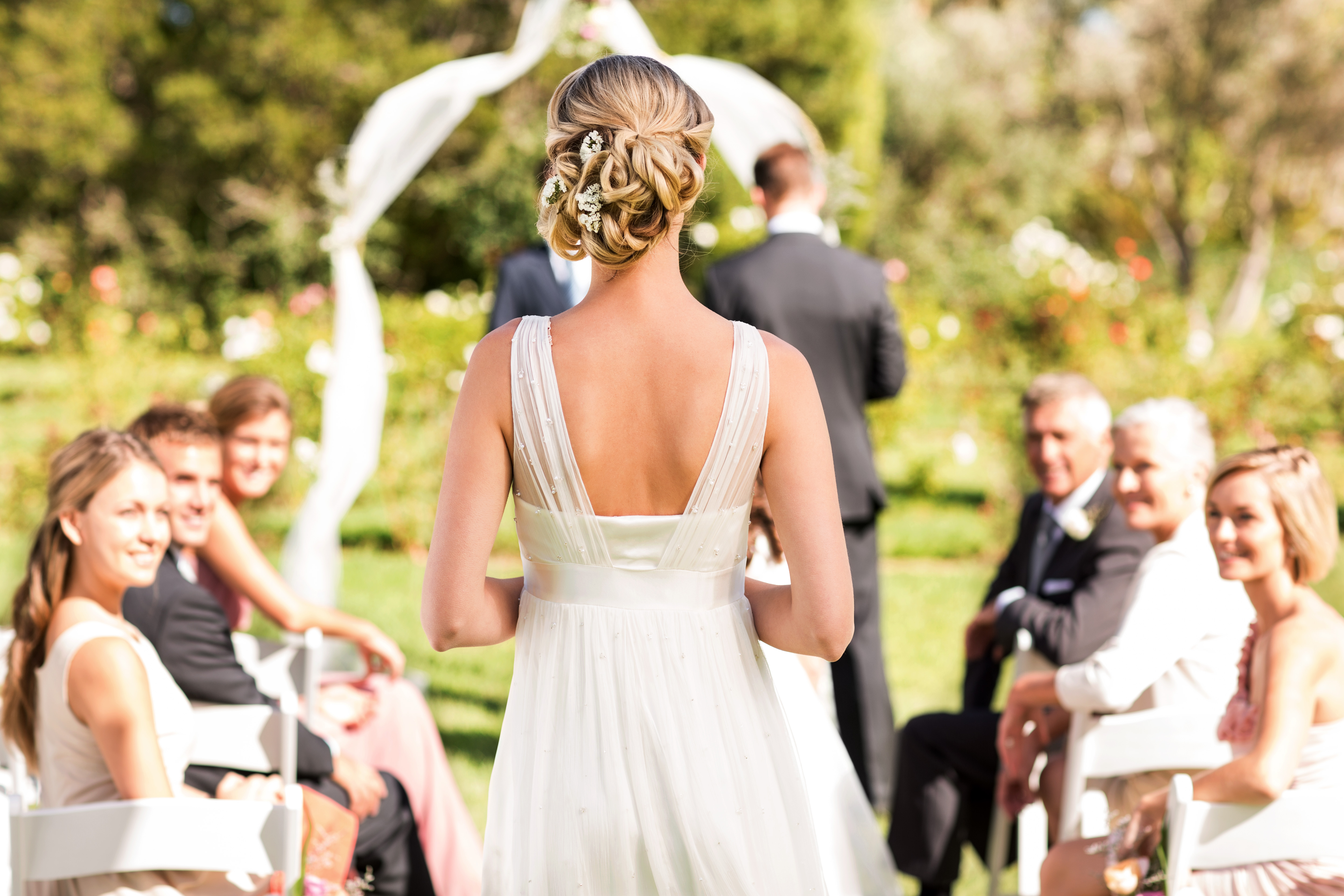 But then her list seems to veer into the unreasonable, as she asks: “Please do not wear anything other than a basic bob or ponytail.

“Please do not have a full face of make-up.

“DO NOT TALK TO THE BRIDE AT ALL.

“Everyone will toast with Remy. No acceptance [exception].

“Lastly must come with gift 75$ or more or you won’t be admitted in.”

Other demands include not checking in on Facebook until instructed and not recording the ceremony.

People have branded the wife-to-be a ‘bridezilla’, with one person commenting: “Can you imagine even hiring someone who thinks this is appropriate?”

Another wrote: “Yeah this is like the definition of ‘well that escalated quickly’.”

While a third commented: “I mean, it started out OK? – just confirming whether guests attend and reminding of no white dresses and then it devolved into…

While this bride of disabled husband hits back at cruel trolls who claim her marriage is a sham & she’s only with him for his money.

Plus this Disneyworld proposal ridiculed as couple get engaged in front of the castle as another bloke proposes in the background.