A DISGUSTED shopper has hit out at online retailer Missguided after her bikini bottoms arrived covered in revolting stains.

Abby Louise, from Derby, was horrified when she received her £10 Purple Animal Print Mix and Match Tie Side Bikini Bottoms and found the crotch stained with yellow marks. 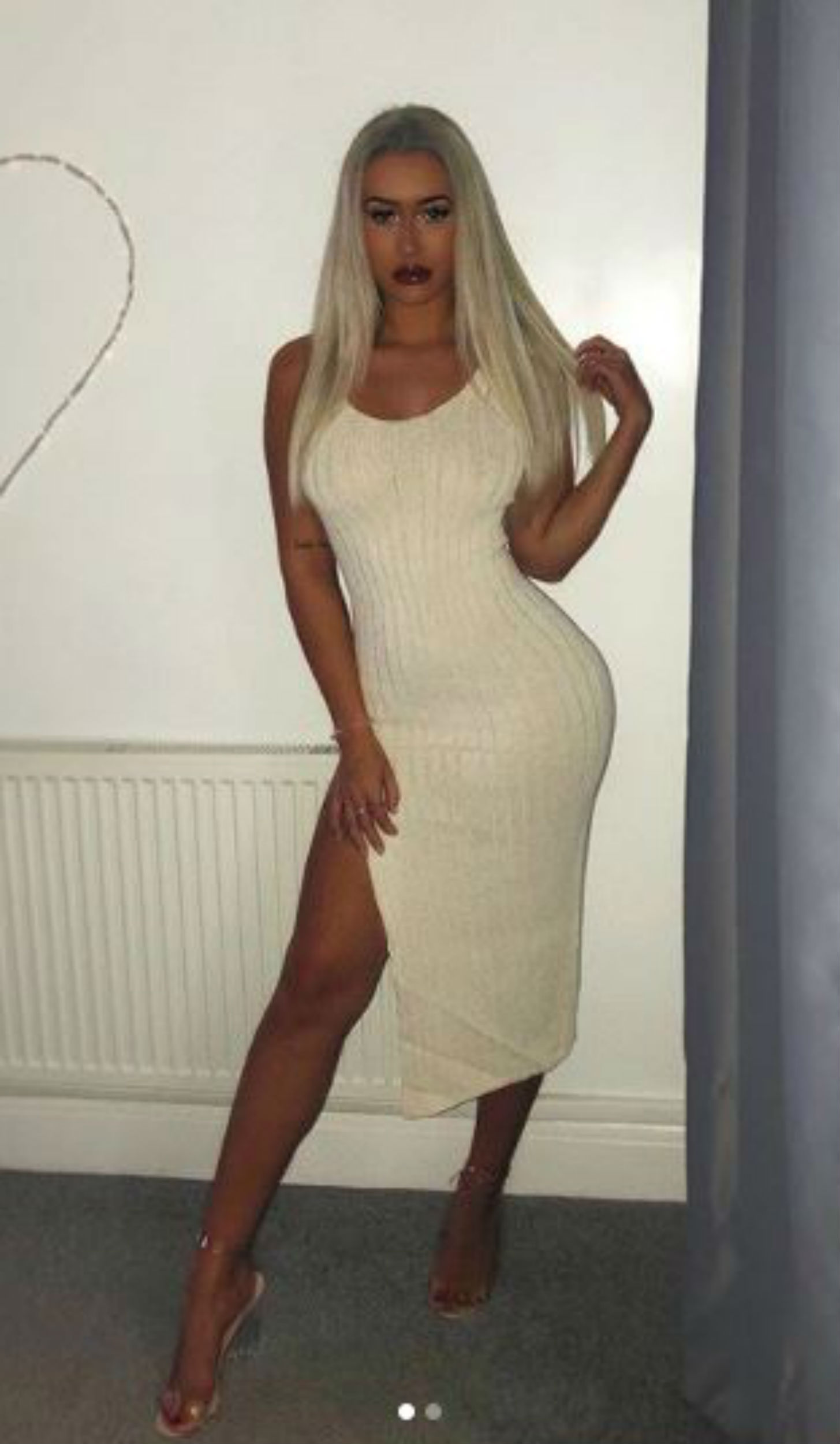 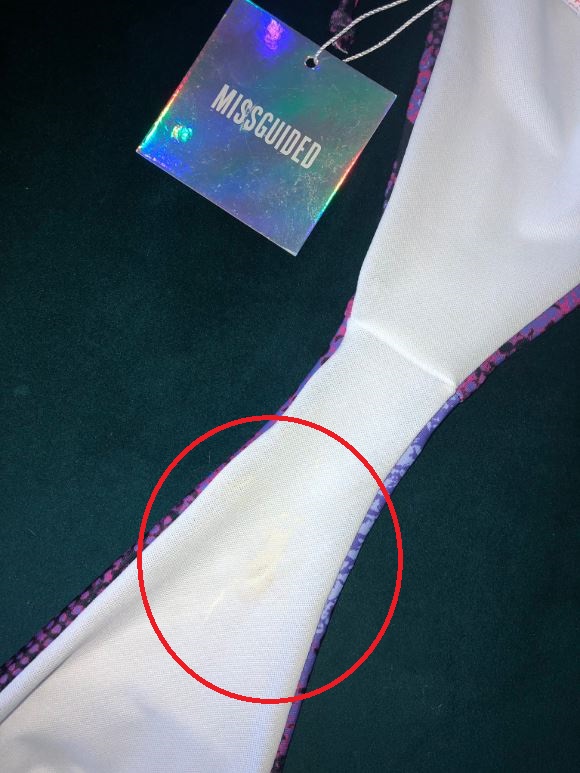 The University of Derby student said she had bought the garment for a holiday, but was left "gagging" when the dirty swimwear arrived.

After getting no response to her complaint, she took to Twitter to complain to the retailer, sharing the images with the caption: "Hi please can you reply to my direct message I go on holiday on Monday and I need these dirty bikini bottoms I have been sent replaced with some brand new clean ones please. Absolutely appalled." 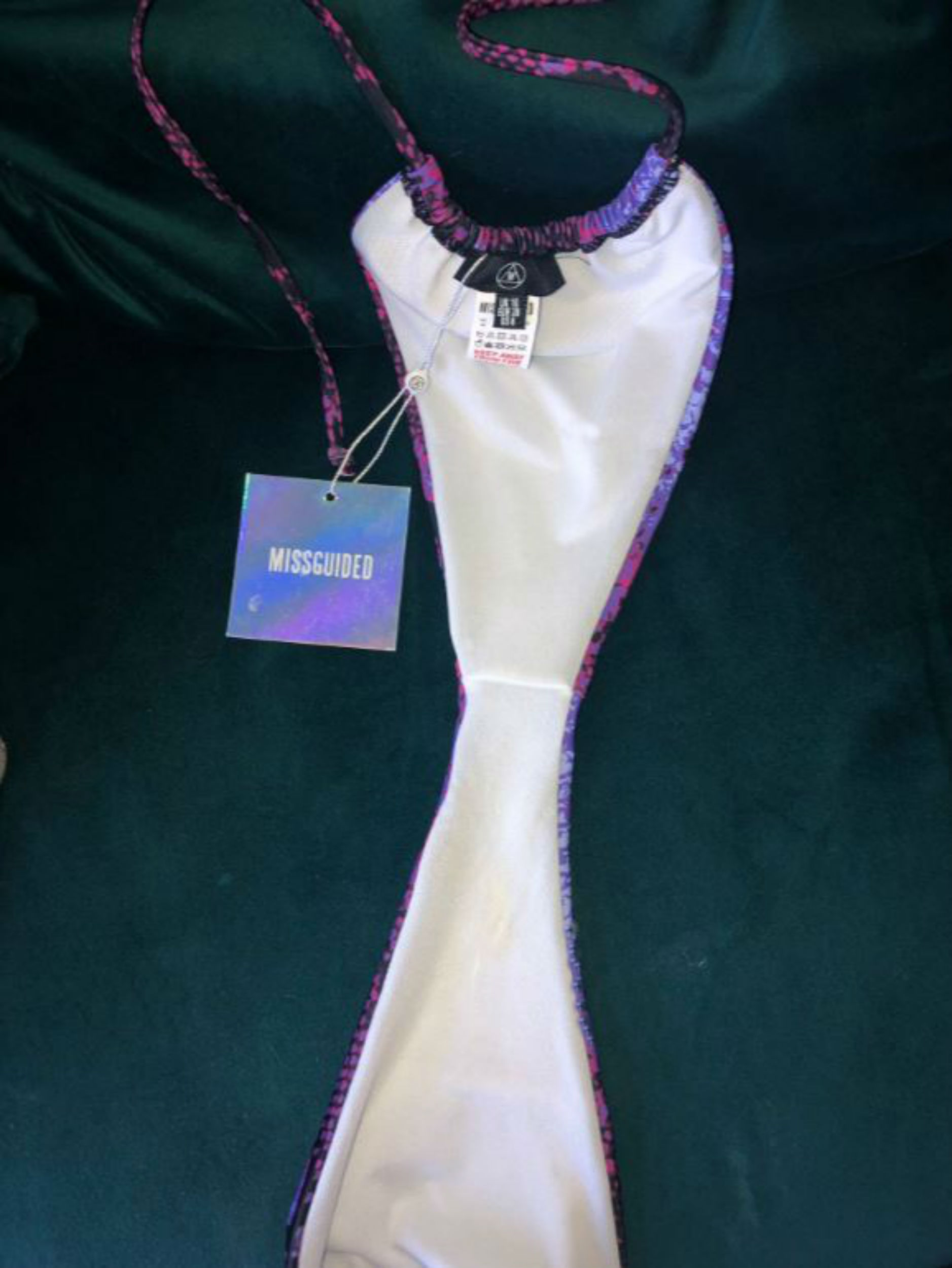 Fellow social media users have reacted with disgust to her post.

@CodySummerB commented: "Absolutely vile that someone would return it like that but even more that Missguided thinks it's acceptable." 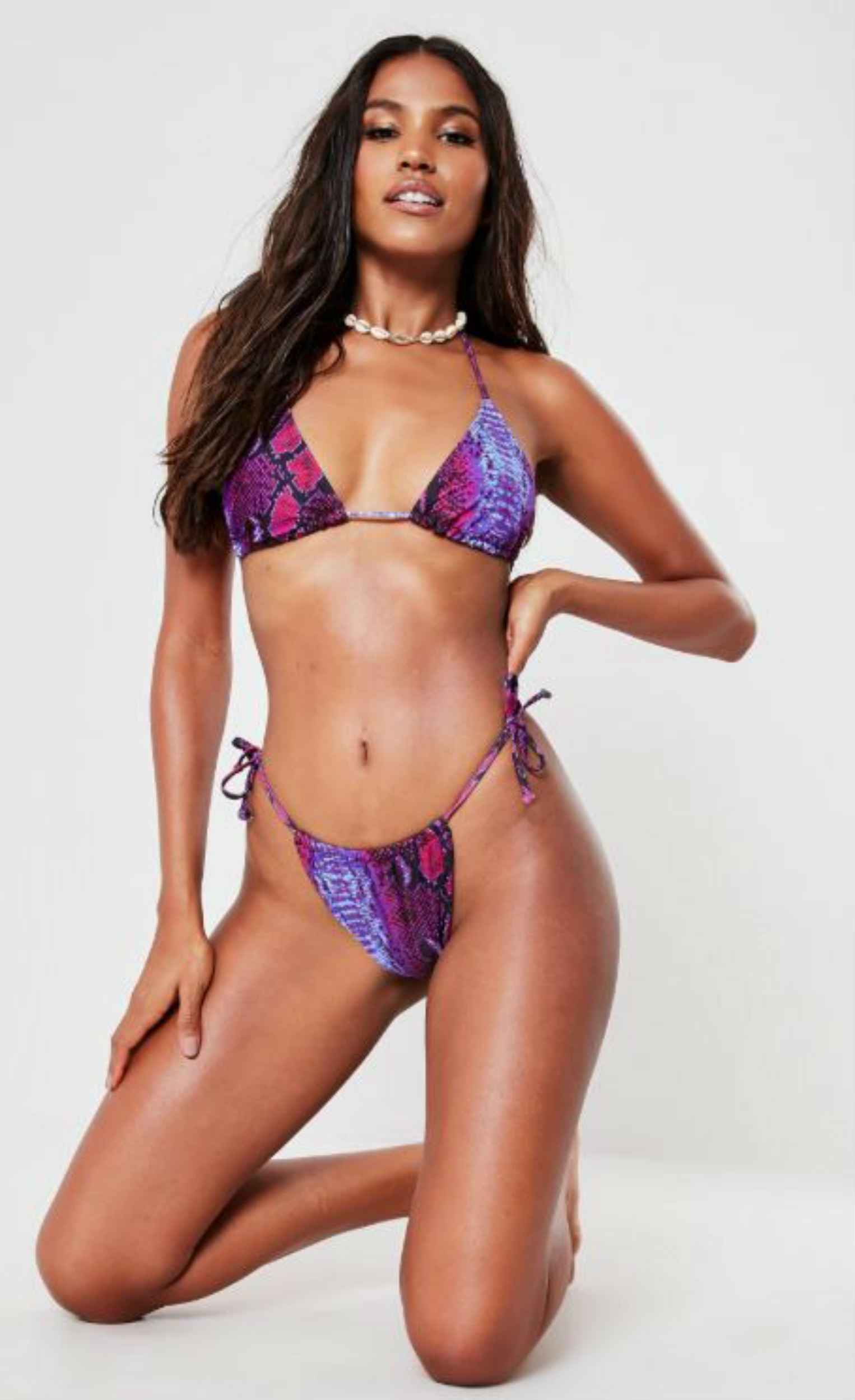 And @hennaaietan said: "I feel sick."

Abby replied in the comments saying: "Imagine how I felt opening the package, absolute filth."

Missguided's returns policy states they are unable to accept returns on "Underwear or swimwear (if the hygiene seal has been removed) for health and hygiene reason."

It's not the first time Missguided have come under fire for selling unhygienic clothing however.

In June they were blasted by an online shopper after her white denim shorts arrived covered in "period stains".

Speaking today, Abby said: "When I saw the stains I literally was so shocked, my jaw dropped and then I started gagging because it’s actually revolting."

Elsewhere, we told you about another shopper who found suspicious stains in the bikini that she purchased from I Saw It First.

And this fashion fan was left in hysterics after a Bohoo pink crop top left her 34G boobs hanging out because of a sizing error.