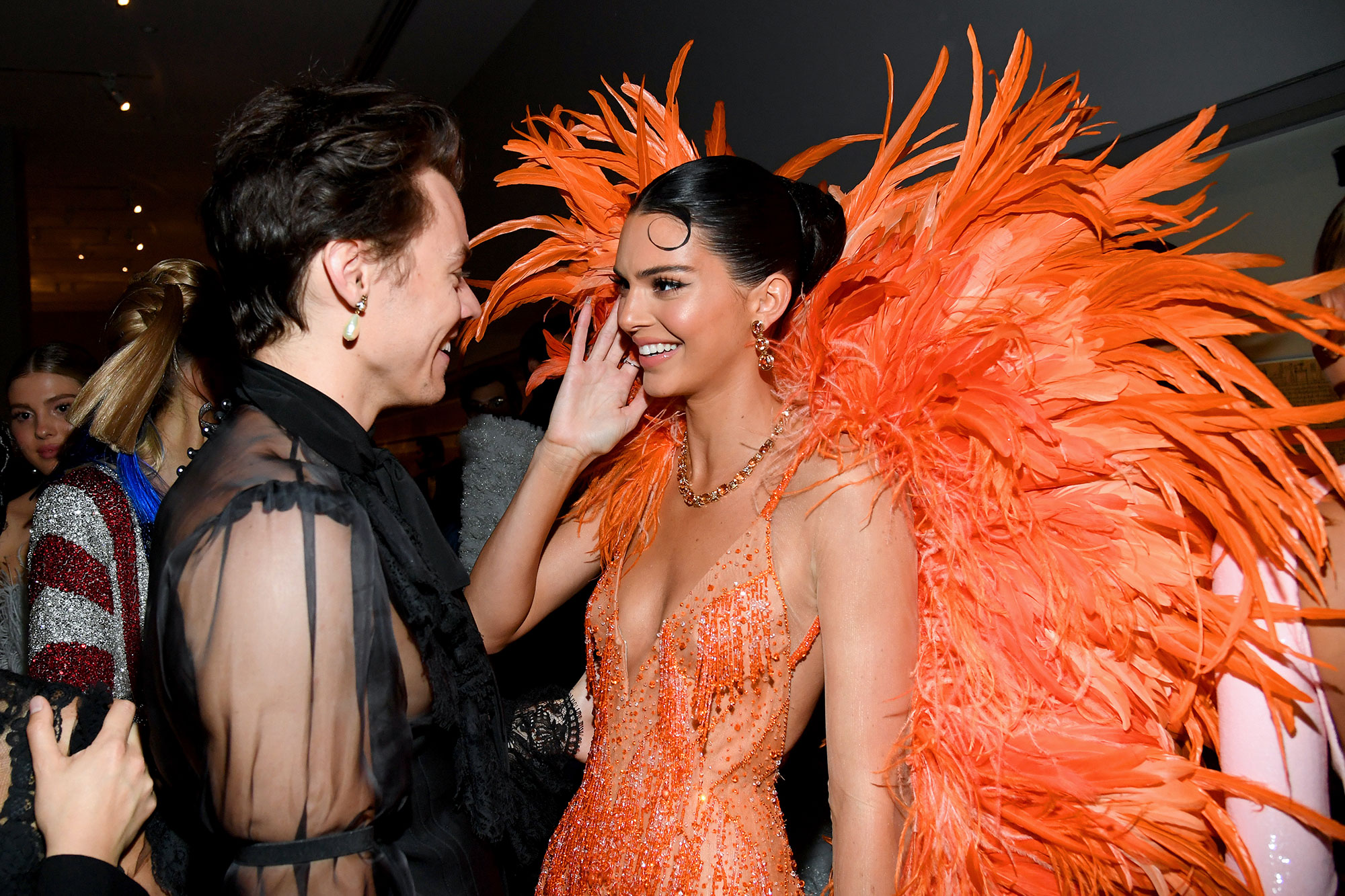 Former flames Harry Styles and Kendall Jenner were bound to bump into each other at the 2019 Met Gala — so when it finally happened, they made the best of it.

The “Kiwi” singer, 25, and the model, 23, were photographed chatting inside the Metropolitan Museum of Art in New York City on Monday, May 6, while attending the biggest night in fashion, which Styles cohosted. The exes appeared to engage in a friendly conversation with huge smiles on their faces.

As one of the fundraising gala’s co-chairs (along with Lady Gaga and Serena Williams), the former One Direction member was tasked with shaking hands with all 500-plus guests as they arrived.

Styles and Jenner were just two of the A-list attendees who had fun with the evening’s “Camp” theme. The musician walked the red carpet in head-to-toe Gucci, complete with a sheer black top and high-waisted pants, while the Keeping Up With the Kardashians star sported an orange Atelier Versace feathered dress.

The former couple were first linked in late 2013 and reignited romance rumors in December 2015 when they vacationed in Anguilla. However, they were not spotted out again until months later when they spent three consecutive days together in Los Angeles in September 2016.

“They’re friends. They didn’t stop being friends,” a pal close to the X Factor U.K. alum told Us Weekly at the time. A second source said Jenner was “super happy, bubbly and excited that he got back in touch with her.”

The pair’s friendship made headlines again in July 2018 when the reality star attended the “Ever Since New York” crooner’s concert at The Forum in Inglewood, California. Five months later, she posted a photo of a love letter that some fans believed resembled Styles’ handwriting. Jenner later revealed that the note was written by fashion photographers Mert Alas and Marcus Piggott.