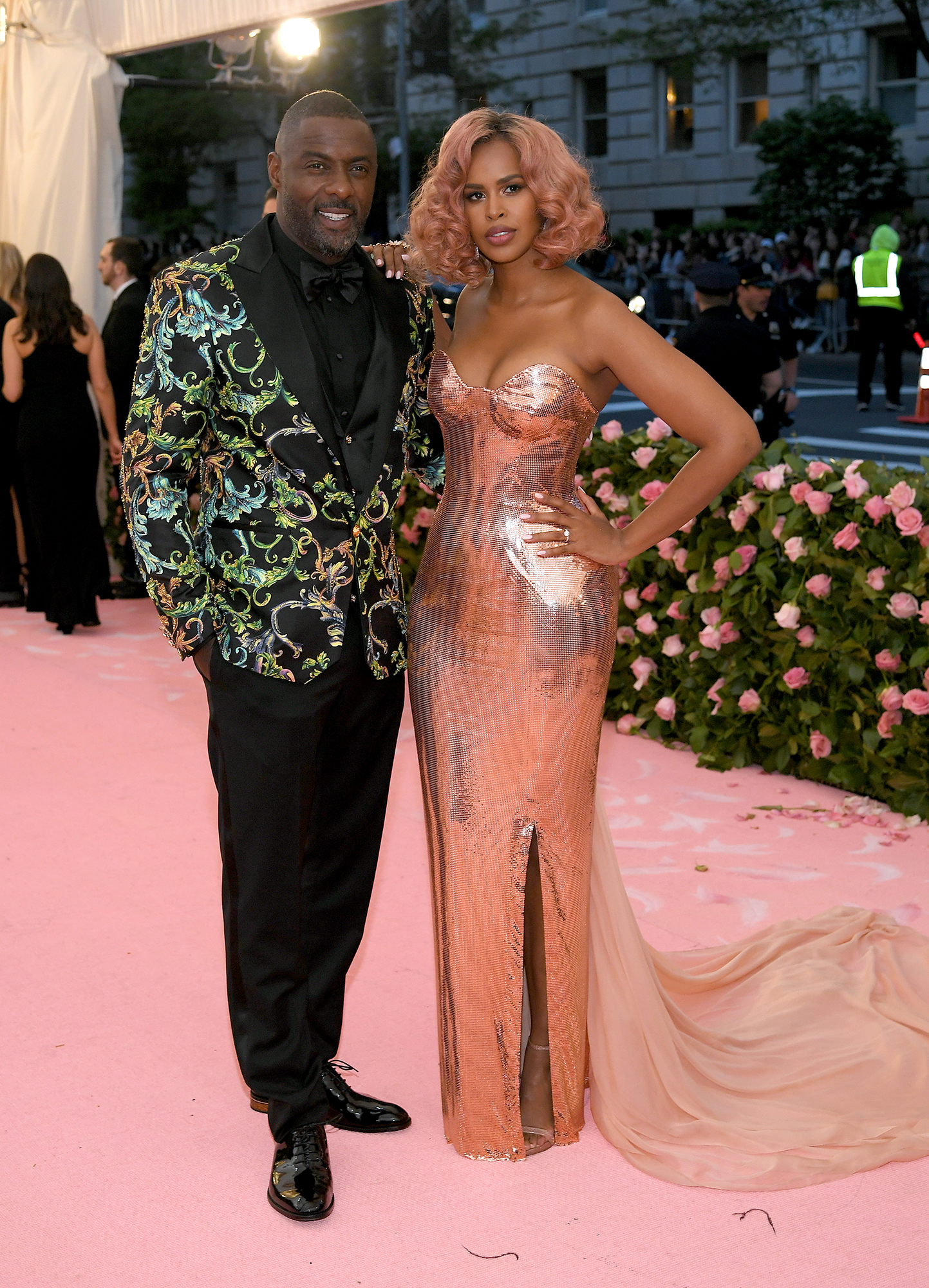 A glam duo! Less than a month after tying the knot, Idris Elba and Sabrina Dhowre rocked the red carpet at the 2019 Met Gala celebrating Camp: Notes on Fashion at the Metropolitan Museum of Art.

The actor, 46, looked as handsome as ever in a sleek black suit. His jacket included blue, green and yellow floral designs. Dhowre, 30, looked beautiful in a sleek, form-fitting gold gown.

The biggest night in fashion marks the first red carpet since the newlyweds tied the knot on April 26 at the Ksar Char Bagh hotel in Marrakesh. Their Moroccan wedding was a two-night event; the day after the ceremony, their 150 guests were invited to celebrate at an all-white party on April 27.

“The best day of my life, thank you to everyone who helped make it so special,” Dhowre wrote on Instagram the day after they got married, sharing photos from the day, which were later featured in British Vogue. She stunned on her wedding day in a bright white Vera Wang strapless dress.

The Thor star proposed in February 2018 at a screening, right before Valentine’s Day. “Still 5 days to Valentines Day but @idriselba went down on one knee and proposed to his girlfriend live on stage this morning before a preview of his film #Yardie,” Rio Cinema movie theater tweeted at the time. “She said yes and there was much clapping and cheering.”

Elba met the former beauty queen in 2017 while filming The Mountain Between Us in Canada with Kate Winslet.

The London native is a father of two; he shares 17-year-old daughter Isan with his first wife Hanne Kim Norgaard, and son Winston, 4, with Naiyana Garth.