For your perfect picnic look, be inspired by the movies

Picnicwear is about to join Racewear, Smart Casual and Cocktail in the lexicon of confusing dress codes. With the imminent lifting of lockdown restrictions, making a style statement against a tartan rug has become a priority for those ready to get more than their gingham on.

Usually, the ability to survive tomato sauce and grass stains along with sudden shifts in temperature would be a priority but everyone’s inner peacock is ready to put bold public displays of style over sensibility.

To make the most of your moment in the sun I have trawled film’s greatest picnic scenes for style inspiration. Layer insect repellent with Chanel No. 5. and you’re ready to go with these Australian brands. 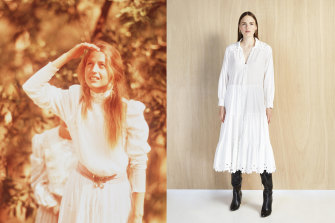 Picnic at Hanging Rock gets a style reboot with this dress from Magali Pascal.

It was neck-and-neck between Peter Weir’s classic retelling of Joan Lindsay’s enduring tale of Australian schoolgirls brimming with wist and lace and a 1986 television commercial for Flake chocolate, that pointed us in the direction of white dresses. 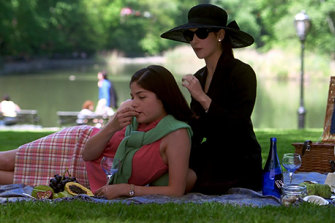 The picnic scene in Cruel Intentions, the 1999 teen remake of Dangerous Liaisons is memorable for two reasons, a lingering kiss between Sarah Michelle Gellar and Selma Blair, and the outfits. While Blair’s innocent Cecile dresses like a preppy fan of Clueless in a pink check skirt and preppy green jumper, Gellar’s manipulative Kathryn is ready to attend a Kennedy funeral.

With the ’90s making a comeback that has even returned Paris Hilton to pop culture relevance, these looks are the perfect starting point for your picnic debut.

If you’re drawn to Blair’s innocence then champion a youthful pink skirt but ditch the check unless you want to clash with 85 per cent of picnic rugs. A high-waisted A-line skirt from Aje ($245) sets the mood in a durable neoprene blend. 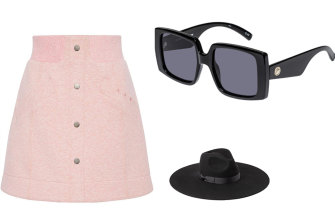 Gellar’s Dynasty drama is best achieved with accessories, this is one of very few occasions where a little black dress won’t cut the seeded mustard. Top-off oversized black Glo Getter sunglasses from LeSpecs ($69) with the Montana Midnight Muse II ($119) from Lack of Color, for a look that dares your companion to serve you Prosecco instead of Champagne.

The Sound of Music 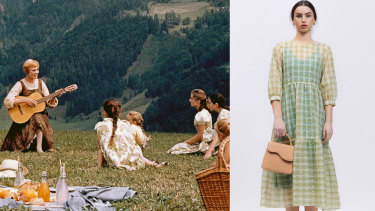 Julie Andrews in The Sound of Music and housefrau picnic chic from Bul.Credit:Getty/Supplied

Superwomen such as Gwyneth Paltrow, Oprah Winfrey and Jacinda Ardern should make room for Julie Andrews as Maria Von Trapp in The Sound of Music. When she wasn’t climbing mountains, whipping out the occasional high C and outwitting Nazis, Maria could turn drapes into fetching picnic ensembles.

Drapery brocade is too heavy for any picnic spot north of Hobart but it’s Andrews’ understated approach to outdoors dressing that will turn the heads of any single fathers struggling with homeschooling seven children.

Whether you’re 16, or going on 60, you can be inspired by hausfrau chic with the Tacoron green check dress ($380) from Melbourne label Bul, with a perfectly innocent picnic print, billowing sleeves and just enough edge to stop you from looking like a convent dropout.

Accessorise with a wicker basket but leave the guitar at home. You don’t want to be that person. 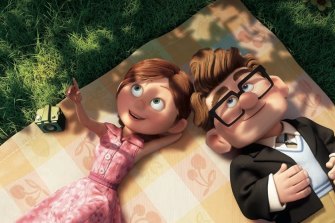 Couple goals with a dash of style. Carl and Ellie in the Pixar film Up.

Sure it’s in a montage, but Carl from the tear-inducing Pixar movie Up is an animated example that ’50s styles do more than just suit post-lockdown hair. Cary Grant in To Catch A Thief is a close second, with his jacket and jaunty cravat but it’s Carl’s knitwear that pushes him to man of the moment status. 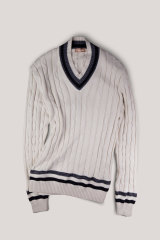 Up style your picnic look with a cricket jumper from Christian Kimber.

We suggest ditching the tie and going a step further than a striped collar and waistband by adding texture and making a cricket jumper the catch of cricket day.

Feel free to accessorise with environmentally friendly alternatives to balloons.