He trained for Olympics, beat depression and now wants to help YOU get fit

HE trained for the Olympics, beat an eating disorder and overcame depression.

But Matt Morsia reveals his biggest achievement is having 67million more fitness viewers than Joe Wicks. 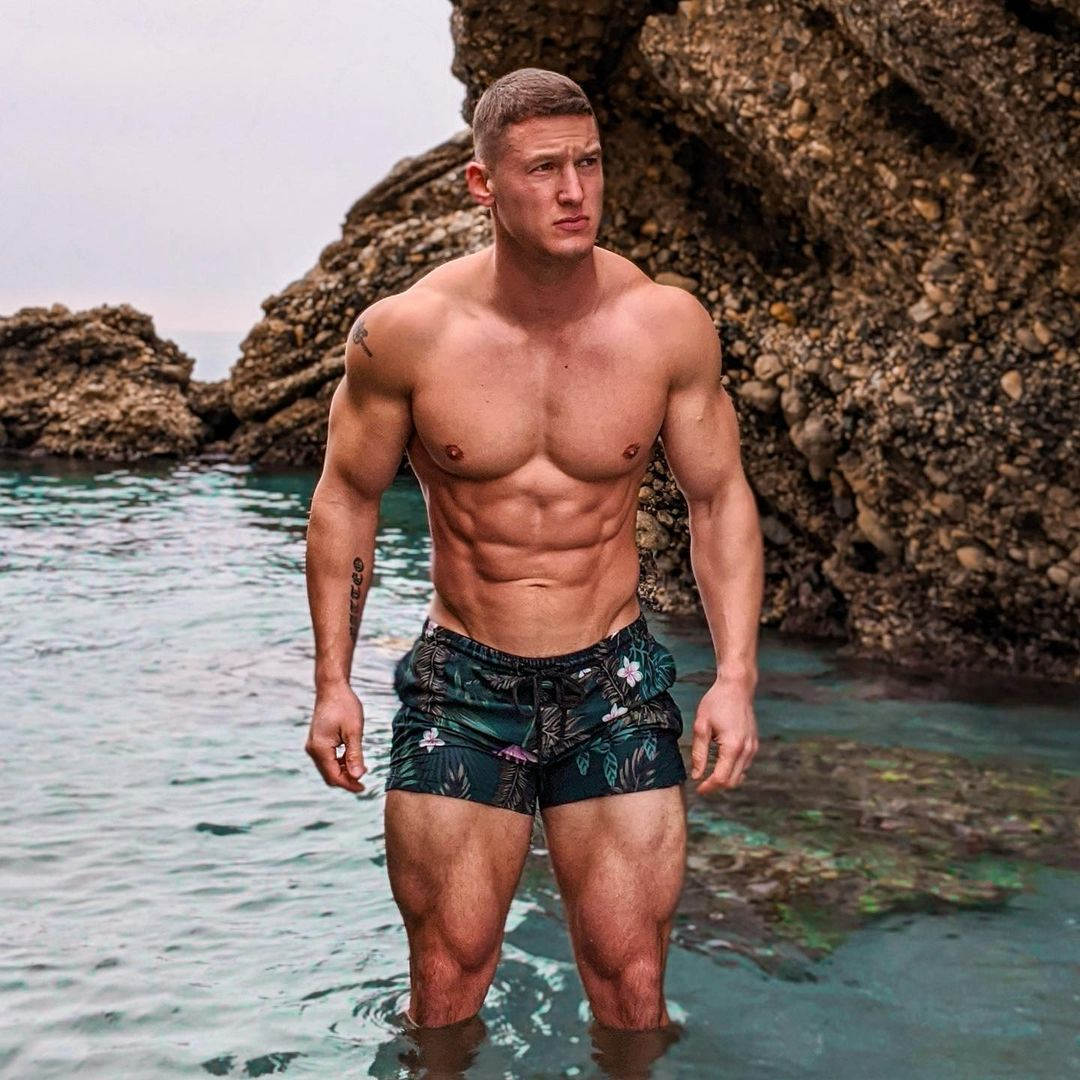 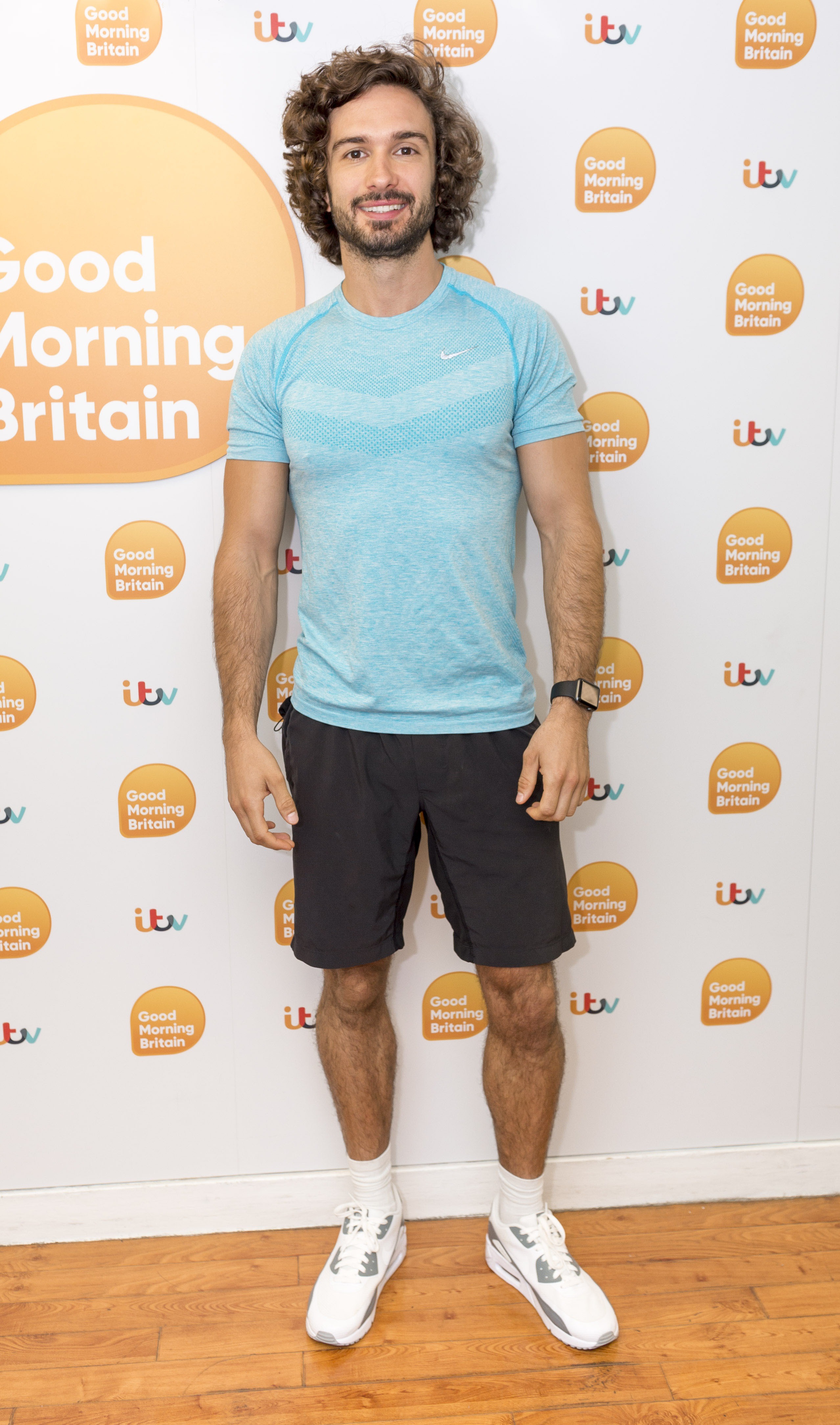 In an exclusive interview Matt, 34, says: “It’s healthy competition, I don’t have a Joe Wicks voodoo doll. But in terms of views I’m No1. He has 232million views on YouTube and I have 269million.”

The former PE teacher from Folkestone, Kent, now earns more in a month than he did in a year.

His legions of fans around the globe watch his workouts and weightlifting challenges as well as footage of his pregnant wife Sarah, 35, and their four-year-old son Luca.

“I live a relatively normal life, I’m married, I have a beautiful kid and I shop in Aldi.”

Now he has published The 24/7 Body, a book based on cutting-edge science which, he says, dispels the myths about fad diets and workouts.

Matt reckons you need to lose weight slowly to be sustainable as it takes a deficit of 3,500 calories to lose a pound of fat.

He recommends shifting no more than a pound or two a week. 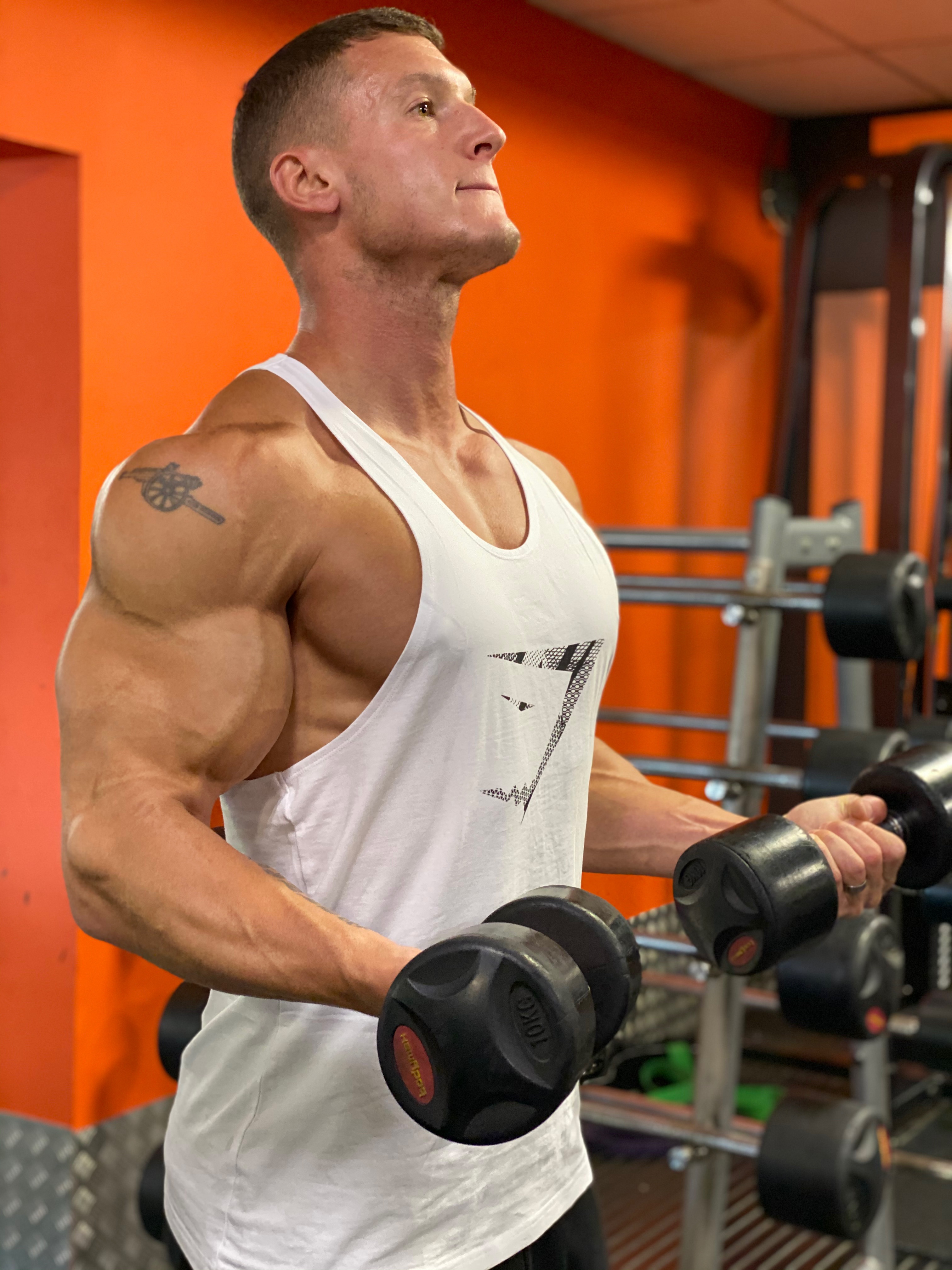 He adds: “If you want to lose fat, get more active — even a ten-minute walk is better than nothing — and cut your calories slowly over time.

“Eating McDonald’s doesn’t make you fat. Eating a salad won’t make you skinny. Doing loads of sit-ups won’t get rid of your belly fat and losing loads of weight in a few weeks isn’t a good thing.

“So many of the things we’ve been brought up to believe are false and this is one of the major reasons why people struggle to change their bodies and achieve their fitness goals.

“If you want to eat a pizza, then do it, just not all the time. The worst thing you can say is, ‘I’m never eating it again’. At some point you are going to eat it and you’ll binge.

“I eat doughnuts, pizza and McDonald’s but I’m also fit.”

Matt was once one of the UK’s top three triple jumpers, his sights set on the London 2012 Olympics.

But he reveals: “I was competing while suffering from an eating disorder.

As a triple jumper, the lighter you are the further you are going to jump. 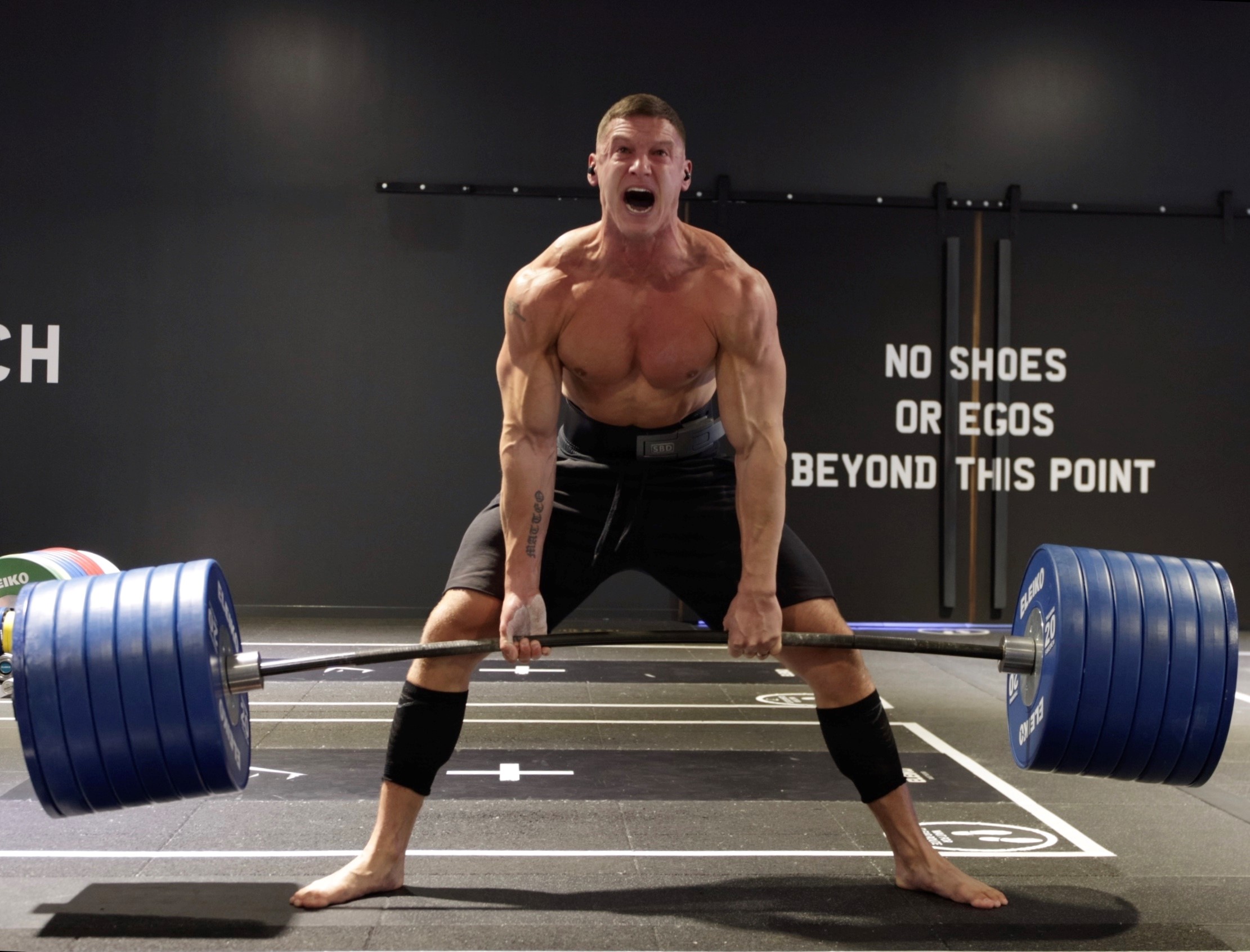 “I would halve my calories and eat very little. I’d then compete, run to my car, drive to Tesco and get absolute s**t — doughnuts, pizza, cakes, you name it — and eat as much as I could for the whole weekend. I’d consume around 10,000 calories a day. I’d even dream about doughnuts.

“Then I’d get up Monday morning, think, ‘Oh st, I’ve eaten way too much’, and starve myself.

“I didn’t enjoy it. It was compulsive, an absolute loss of control.

“I have a healthy relationship with food now and talk about what I was like to help others.”

His Olympic career was cut short by a back injury shortly before qualifying for the Games.

He says: “I became depressed. I’d spent 13 years training, starving myself, eating until I threw up and avoiding my friends like an absolute hermit so I could focus on competing.

“Without wanting to sound like one of those people at an X Factor audition — you know, when they play the whole sob-story video — it felt a bit like all of that work had essentially come to nothing.”

When he was able to get back in the gym, his new obsession became lifting weights and Sarah suggested Matt put his workouts on YouTube. 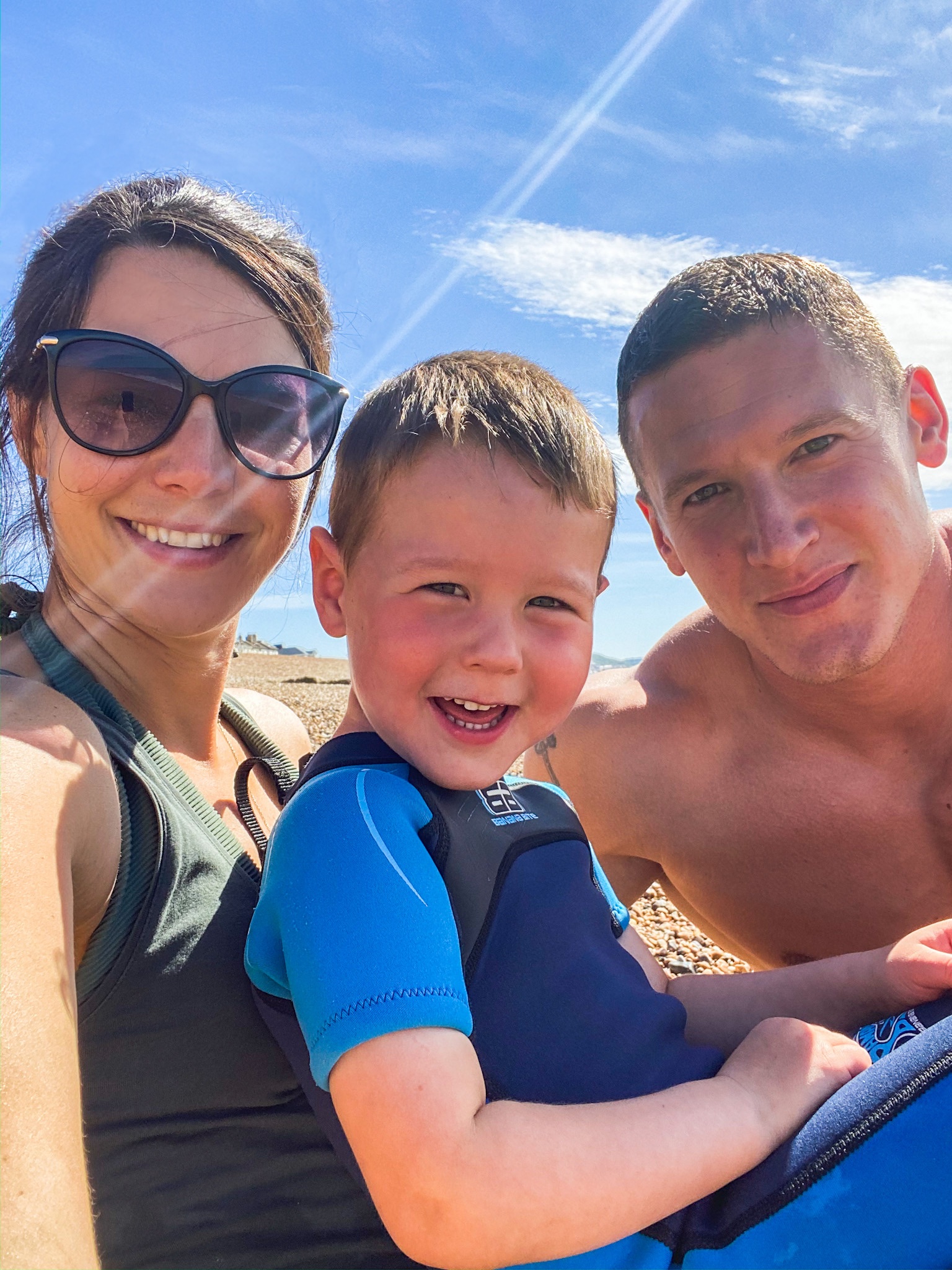 For the next three years he shot videos after coming home from his teaching job at Folkestone Academy.

He was building an audience but making no money from them.

Then he noticed eating challenges were trending on YouTube, so he made a video of himself eating 25,000 calories of junk food in a day, which got hundreds of thousands of views.

Thanks to that video, and the lucrative adverts that ran with it, he earned more than he ever made in 18 months teaching.

In January 2018 he packed in his job and now films himself daily doing everything from working out, eating, having fun with his son and taking on some of the world’s craziest fitness challenges.

Matt earns money from ads, an app with personal training programmes and sponsorship videos with fitness firms such as Gymshark and MyProtein.

He says: “I’ve done lots of military tests. The toughest was Arnold Schwarzenegger’s when he was in his prime. The funniest I did was pole dancing. I’m not built for it.

“I get recognised now, and I get some outrageous messages. One fan offered me £5,000 to send them my underwear. 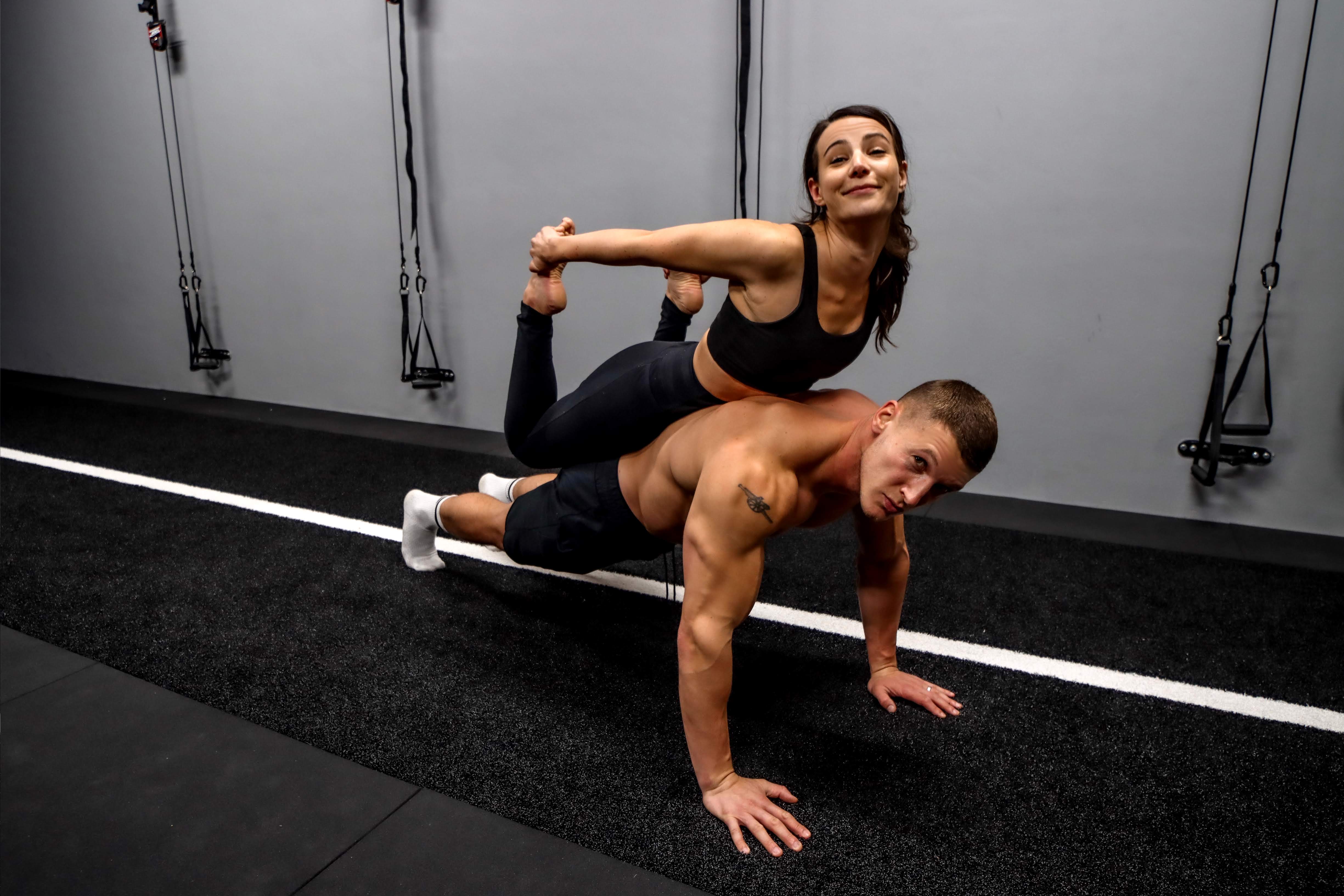 “I didn’t. But when I was scraping by as a teacher, I’d have posted them the next day!

“I get propositions from women and men. One fan asked me to stand on them.”

But the majority are ordinary people looking for advice. 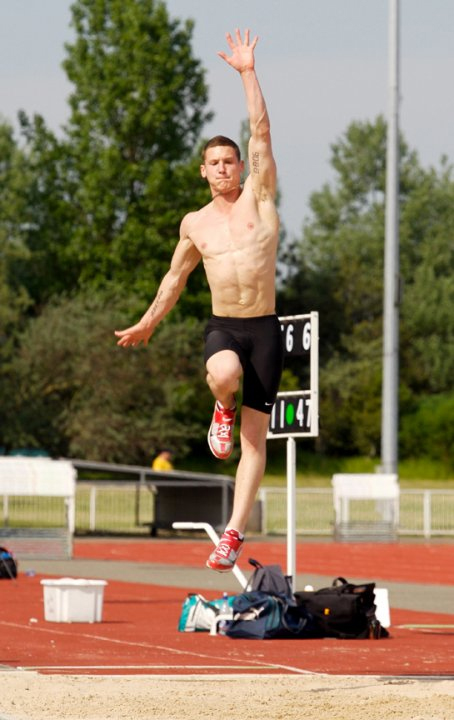 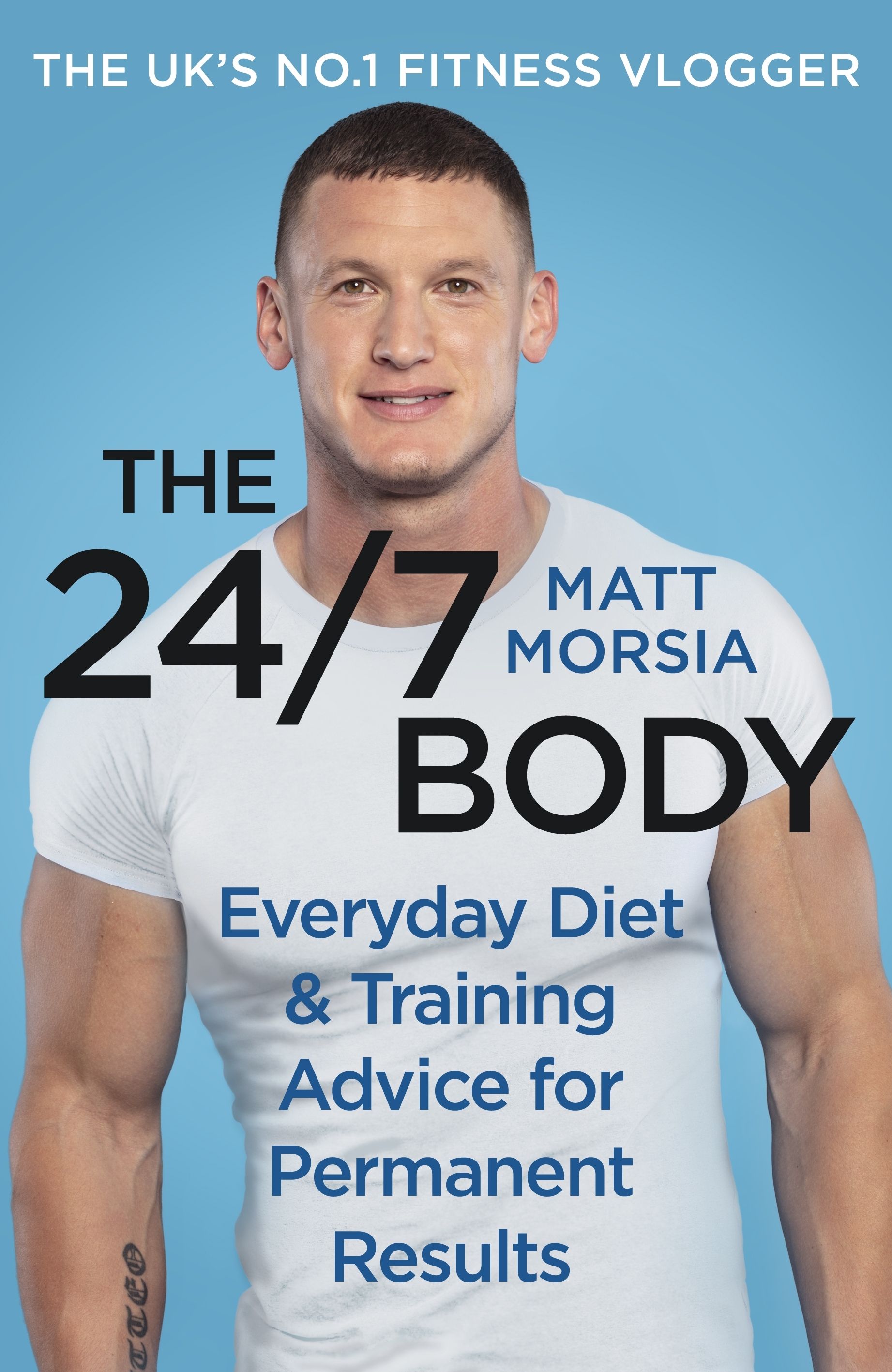 He says: “The most common question I get is, ‘How do I get a body like yours?’

“I think they’re expecting to be told they need to drink maple syrup eight times a day while reading Shakespeare to their auntie’s hamster. There is an abundance of absolute s**t being promoted by many ‘fitness influencers’. All I am doing is trying to shatter those myths.”

You can try out some of Matt’s advice for yourself. See his diet and fitness tips on the left.