A WOMAN has been hailed a ‘hero’ after she replaced a rude, expletive-filled note her neighbour left out for a delivery driver.

The resident explained she’d got new neighbour, but branded them ‘rude’ after finding a shocking note they’d left after ordering a parcel via FedEx. 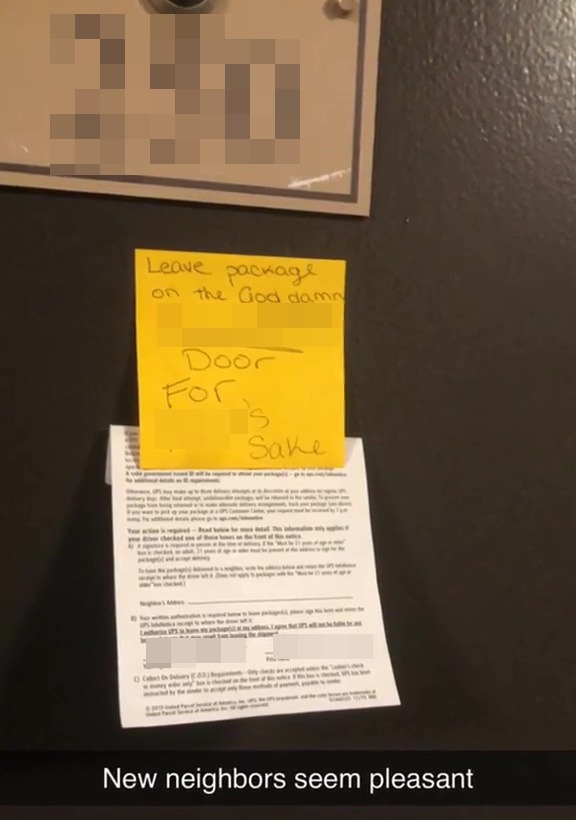 They’d stuck a yellow post-it note to their front door, which said: “Leave the package on the god damn F*****G DOOR FOR F***S SAKE.”

“Mmm I felt that FedEx guy didn’t need that type of negativity in their life.” 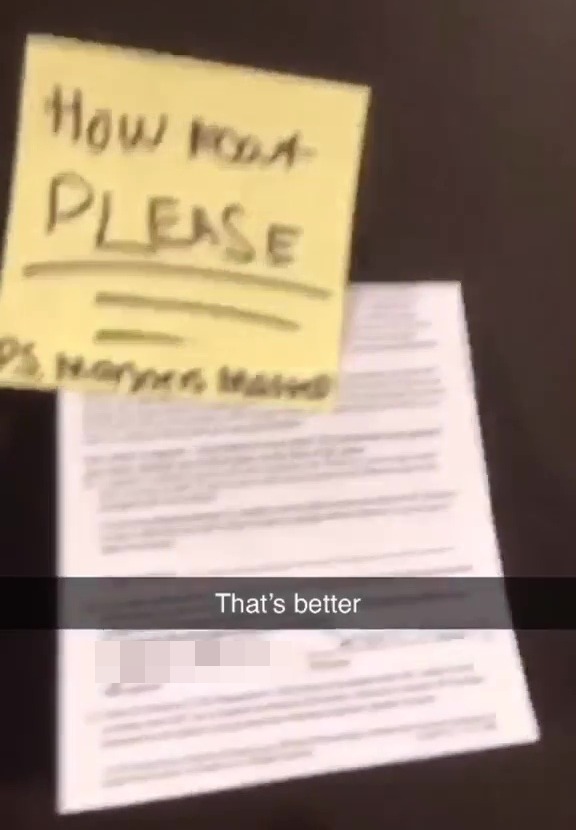 But instead of just removing it, she replaced it with another note for her neighbours, teaching them a thing or two about manners.

Her letter said: “How about please.

Her act of kindness had racked up hundreds of likes, as people praised her actions.

One person wrote: “Not all heroes wear capes.”

Another suggested: “I would’ve waited till the package got delivered then excessively duct taped it to their door & said ‘Happy? It’s ON your door’.”

While a third wrote: “Dang why she gotta be rude like that. Poor FedEx driver.”

While this woman received a threatening note accusing her of bringing down house prices after she left her wheelie bin on the street.

And this couple renovating a home find secret 70-year-old note hidden in the wall & now they’re are trying to track down the author.

Plus this neighbour was in tears after tired mum sends apologetic note saying she’s trying the ‘cry-it-out’ method to her kid sleeping.