WHEN Jacqui Bush went out for her hen do, her wedding was just a week away.

She and her fiance had invited 100 guests and her dad had spent £1,000 on the big day – but that didn't stop the then 29-year-old falling for another man. 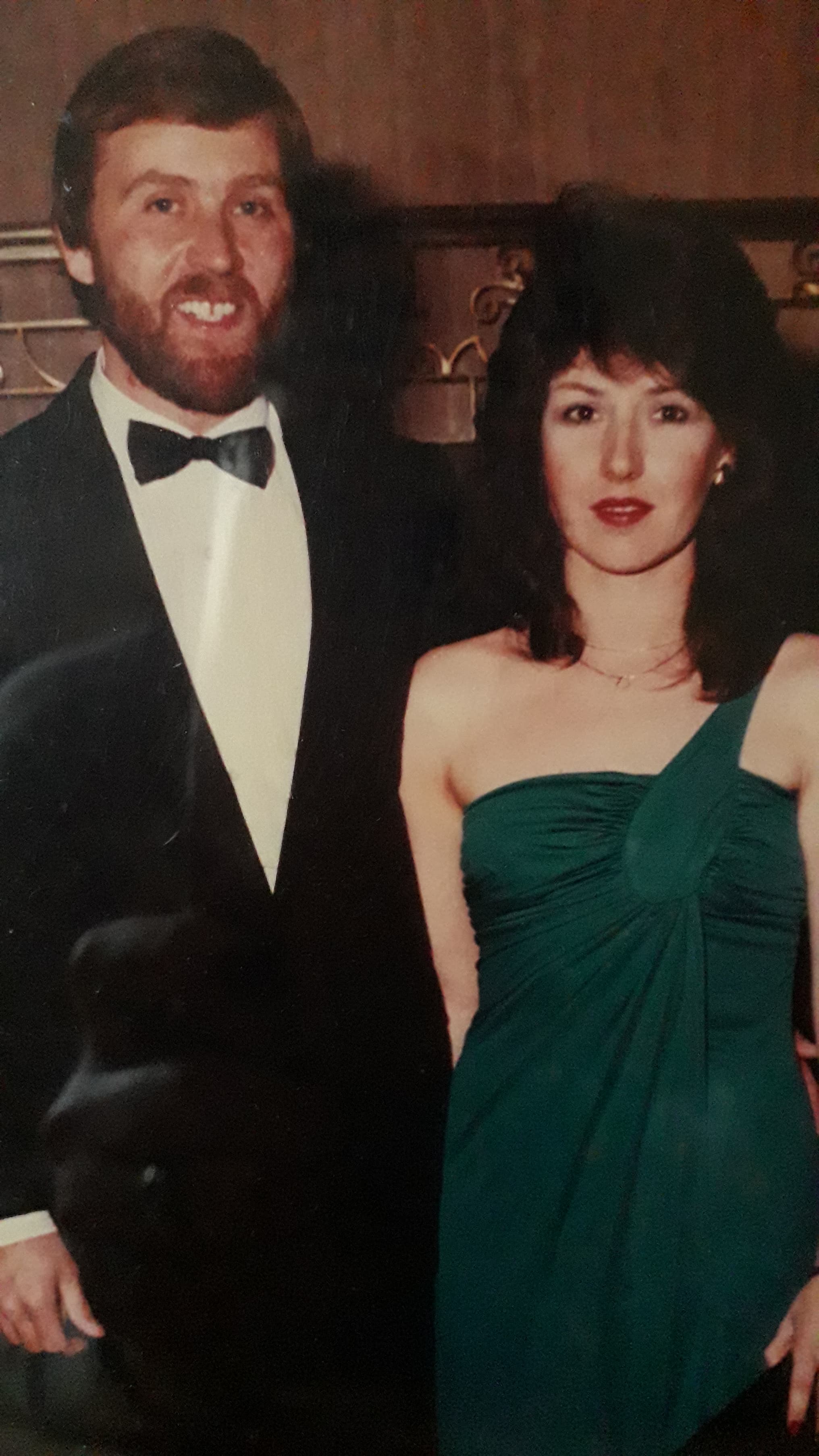 Jacqui, from Wallington, Surrey, met Graham in a nightclub on her 'last night of freedom' – and went on a date with him the next night, while her husband-to-be was away on his stag.

Days before the big day, she realised she had to call the wedding off. But 36 years on, she's still happily married to the 'other guy' – who she walked down the aisle to in her original wedding dress.

In an exclusive interview, Jacqui tells her story….

Zipping up the heavy garment bag, I sighed as I carefully put my wedding dress back in the wardrobe, after trying it on one last time. 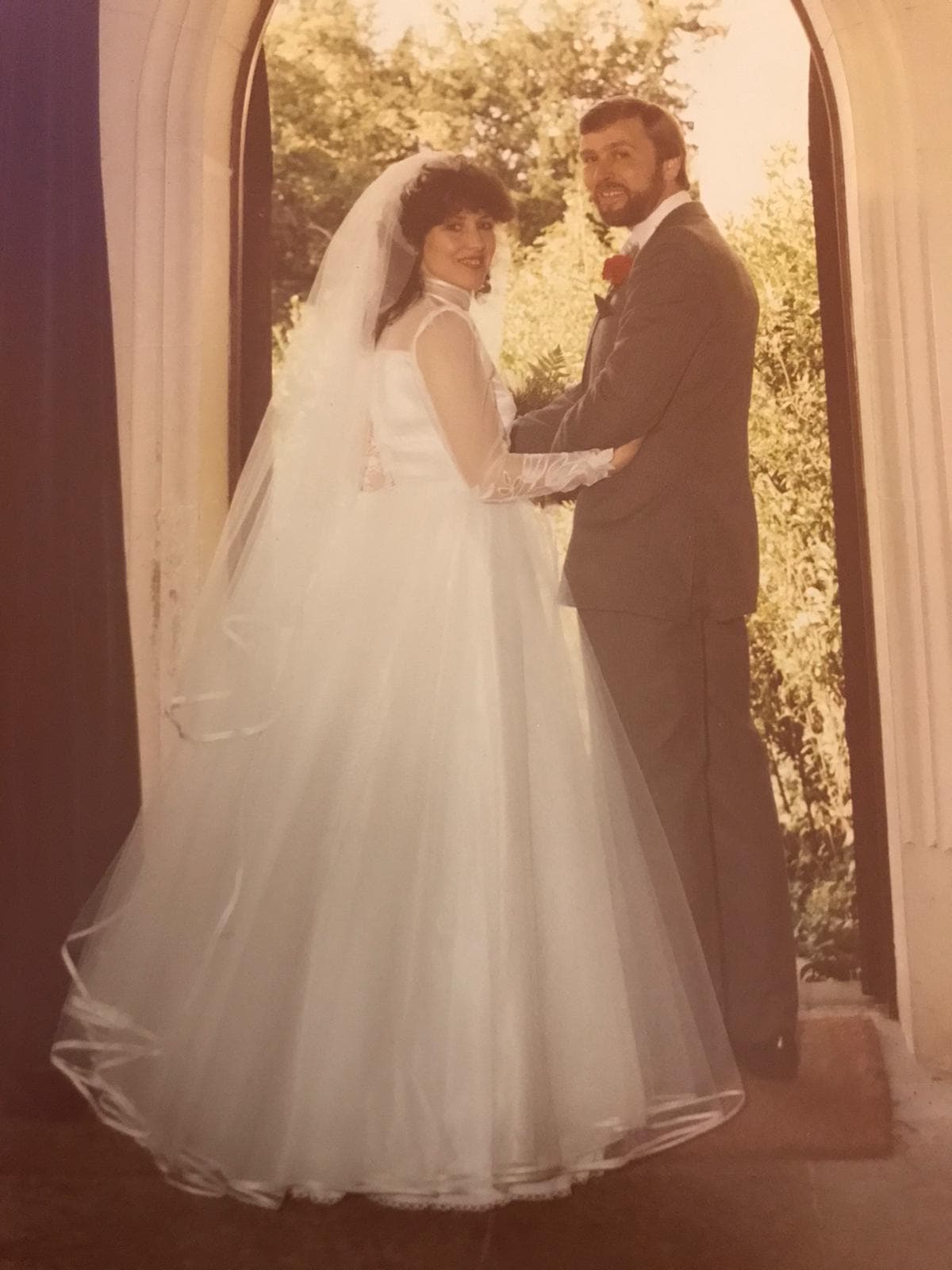 My big day was fast approaching, everything was sorted and we were ready to go. But I didn’t feel excited.

My fiance Jack* and I had been together for three-and-a-half years.

We were old school pals, in the same class for a couple of subjects, but after leaving school we’d drifted apart.

Then I bumped into him at a dance at Crystal Palace. I hadn't seen him for nine years, but as we caught up sparks flew.

We started dating, and when Jack proposed after a year I was thrilled. He was sweet, kind and easy-going.

But as time went by, I started to get niggling doubts about our impending wedding.

We had a good relationship but the spark had gone, and to be honest I’d grown bored of Jack.

There was no excitement. We’d got into a routine, and things had grown a bit stale between us.

I always thought I’d be so excited for my wedding day. Instead I felt nothing.

But we’d booked the church, I’d bought my big white dress, we'd invited 100 guests and my dad had paid over £1,000 for catering. 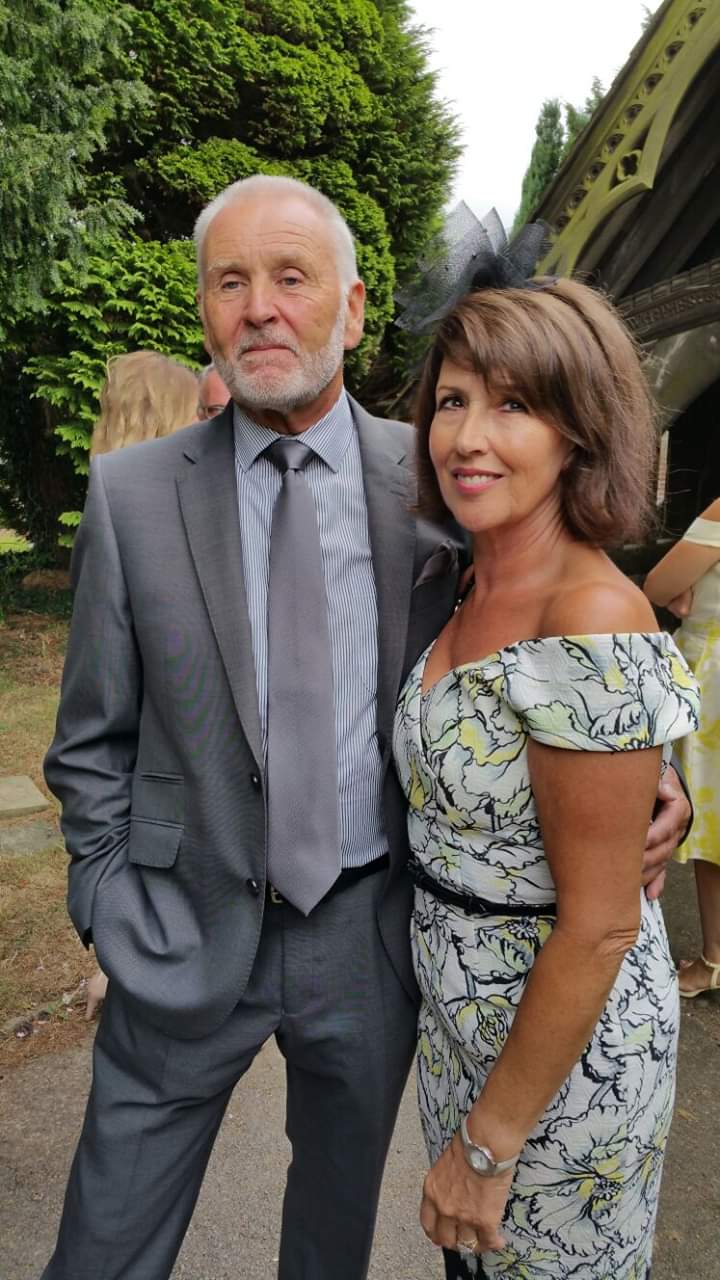 I’d got so swept up in all the wedding planning that I’d pushed my feelings to one side and hoped they would go away.

But now I felt trapped, and I couldn’t shake the feeling that something wasn’t right.

A week before our big day, in June 1983, Jack set off to Amsterdam for the weekend for his stag do, while I’d planned a hen party in our local nightclub.

I didn’t want anything extravagant, and I’d planned it all myself. 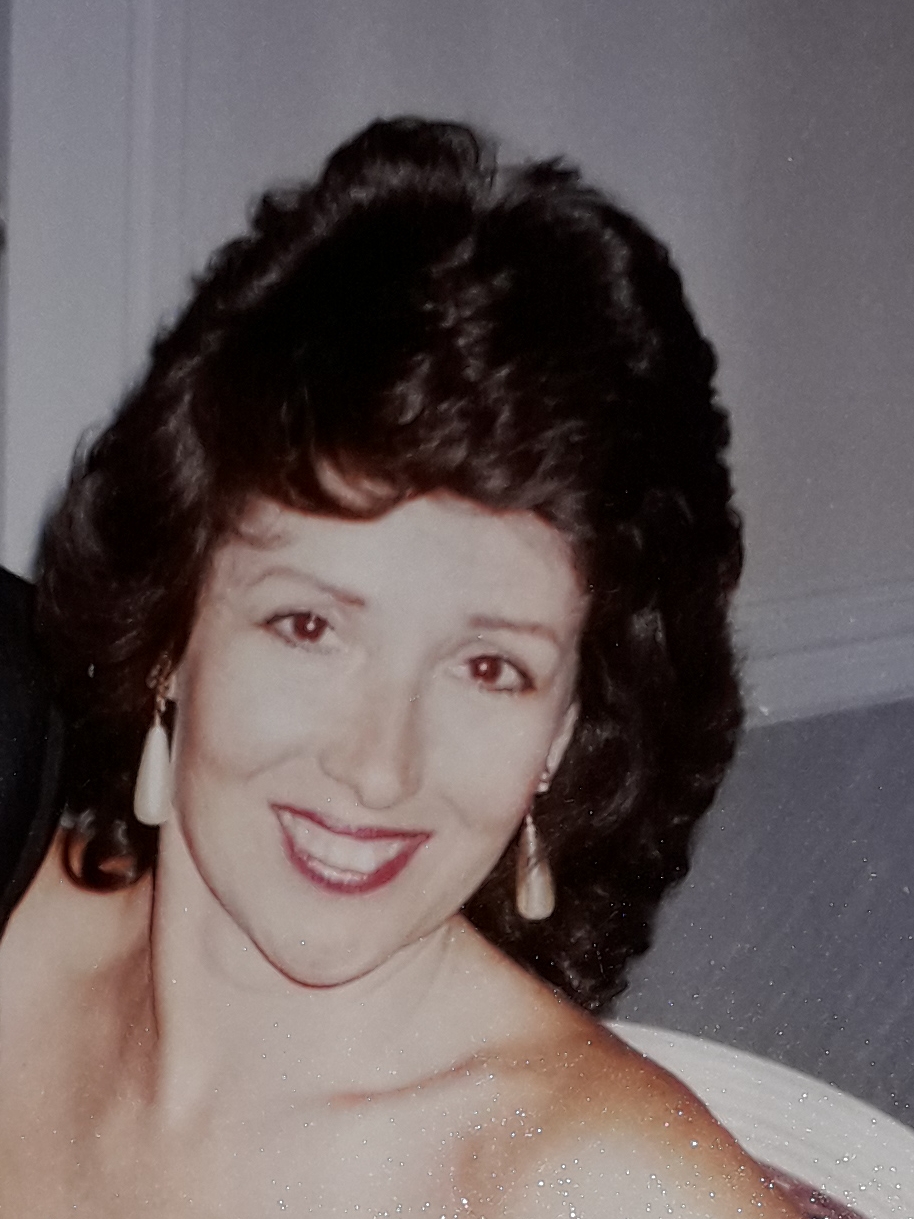 A group of 10 of us got taxis into town after getting all dolled up at home.

I had such a laugh with the girls, hitting the club in L plates and feather boas.

As I went up to the bar to order another round of drinks, I noticed a man leaning up against a wall.

I stopped in my tracks and did a double take. We locked eyes, instantly recognising each other.

It was Graham. We’d been at school together, although he was a few years older than me, and I’d always had a massive crush on him.

There was a twinkle in his eye that made me swoon.

I knew I had to tell Graham the truth. 'I was supposed to be getting married about now,’ I said, casually. Graham nearly choked on his lager. ‘The night we met was actually my hen do,’ I explained

I hadn’t seen him in years. ‘What are you doing here?’ he said.

We danced all night and there was an instant spark between us.

When he asked for my number at the end of the night, I scribbled it on the back of a raffle ticket.

‘I’ll call you tomorrow,’ he said. I was on cloud nine. That’s it, I thought. There’s no way I can get married now.

When I woke up the next morning I felt a spark of excitement, and I spent all day waiting for Graham to call. 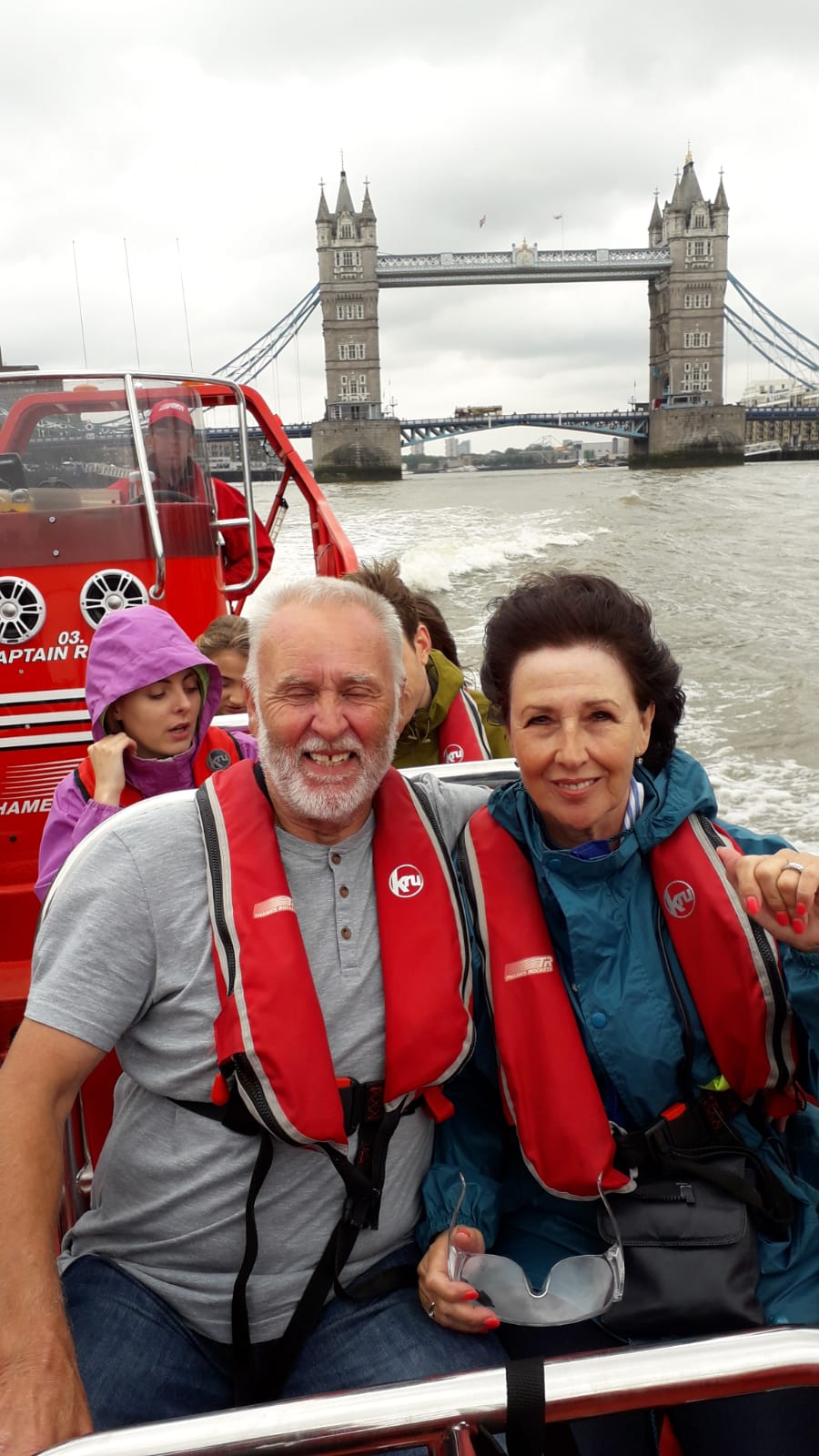 When he rang at 6pm, I was initially annoyed it had taken him so long.

But when I heard his voice, I felt butterflies in my tummy.

He picked me up that evening for our first date, and we spent all evening at the pub chatting.

I knew straight away there was something special between us.

Graham had a flat nearby, and I was staying at Mum and Dad’s, so I went back to his for the night. I was so happy.

But there was one small problem – my wedding.

I’d been so swept up in the excitement of seeing Graham again, that I hadn’t given Jack a second thought.

But our wedding was less than a week away, and I just knew I couldn’t go through with it. 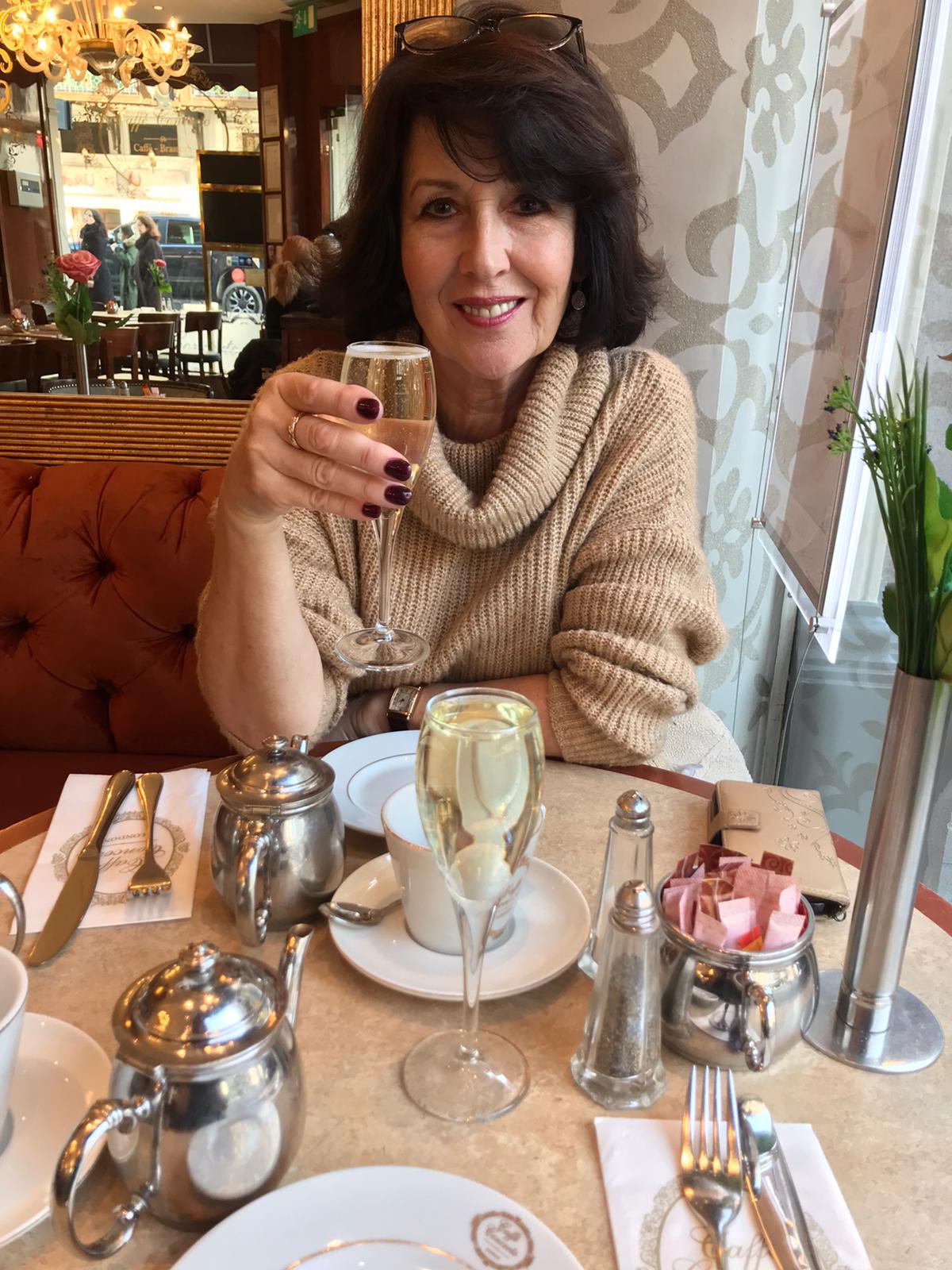 Back at home, I had a shower and washed my hair before confiding in one of my brother’s friends.

‘I knew there was something wrong,’ he said. ‘You’d better tell your mum and dad.’

I knew he was right, but I didn’t know how they’d react.

So that night, I went back to Graham’s.

I didn’t tell him anything but the next day, with Jack due back from his stag do, I knew I’d have to face the music.

I went for a walk to the shops with Mum, and I just blurted it out.

‘I can’t go through with the wedding,’ I said.

‘I knew it,’ she said. ‘I knew something wasn’t right, it was a mother’s instinct.’

She was so supportive, and even offered to take on the task of letting all the guests know. 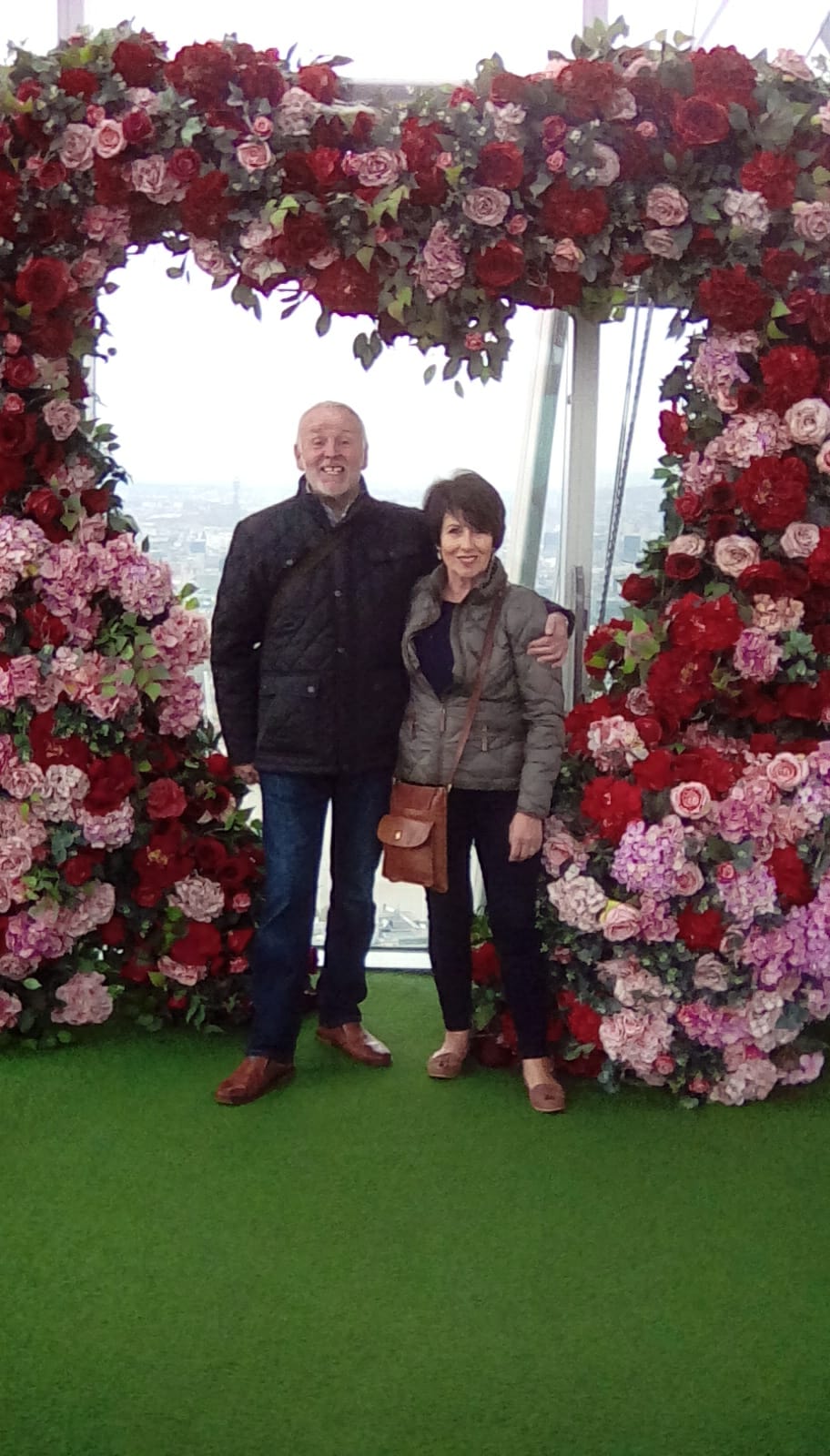 It was something I hadn’t even thought about, and I knew it would be mortifying but it was the right thing to do.

Back at home we told Dad too, who was angry at first.

He’d spent a lot of money trying to give me the perfect big day and I did feel bad, but I knew I couldn’t just marry Jack out of guilt.

But as Mum rang around suppliers, we realised we could keep a lot of the food we’d paid for for my brother’s birthday, which helped calm Dad down.

Telling Mum and Dad was hard. But I knew it would be even worse telling Jack.

He rang me when he landed from his stag do that afternoon.

‘I think you’d better come round when you can,’ I said. ‘I’ve got something to tell you.’

But I couldn’t end things with him over the phone.

‘I’m sorry,’ I said when he finally arrived. ‘But I can’t go through with the wedding.’ 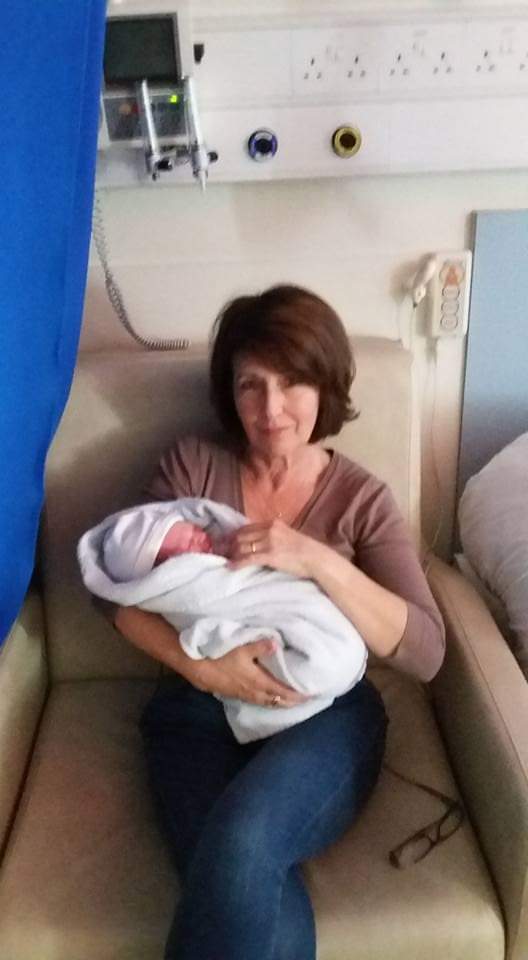 I wanted to let him down gently, so when he asked if there was someone else I said no.

‘I just don’t love you like I should do to get married,’ I said. ‘I’m really sorry, but I’ve made my mind up.’

It was a difficult conversation, and I felt horrible for hurting him.

But I never had any doubt I’d done the right thing.

I called the vicar to cancel the church, and he thought it was just cold feet. But it was more than that.

As news spread there were a few raised eyebrows, and I wasn’t popular with Jack’s family, but most people were supportive.

Once I’d broken the news to Jack, I packed a bag and went round to Graham’s – and never left.

When I woke up a few days later, on what should have been my wedding day, it was a strange feeling.

I was still sad I’d hurt Jack, but I felt very free.

It was a lovely sunny day, so Graham and I decided to go for a wander down to our local.

As I sipped on a dry martini and lemonade, I knew I had to tell Graham the truth. 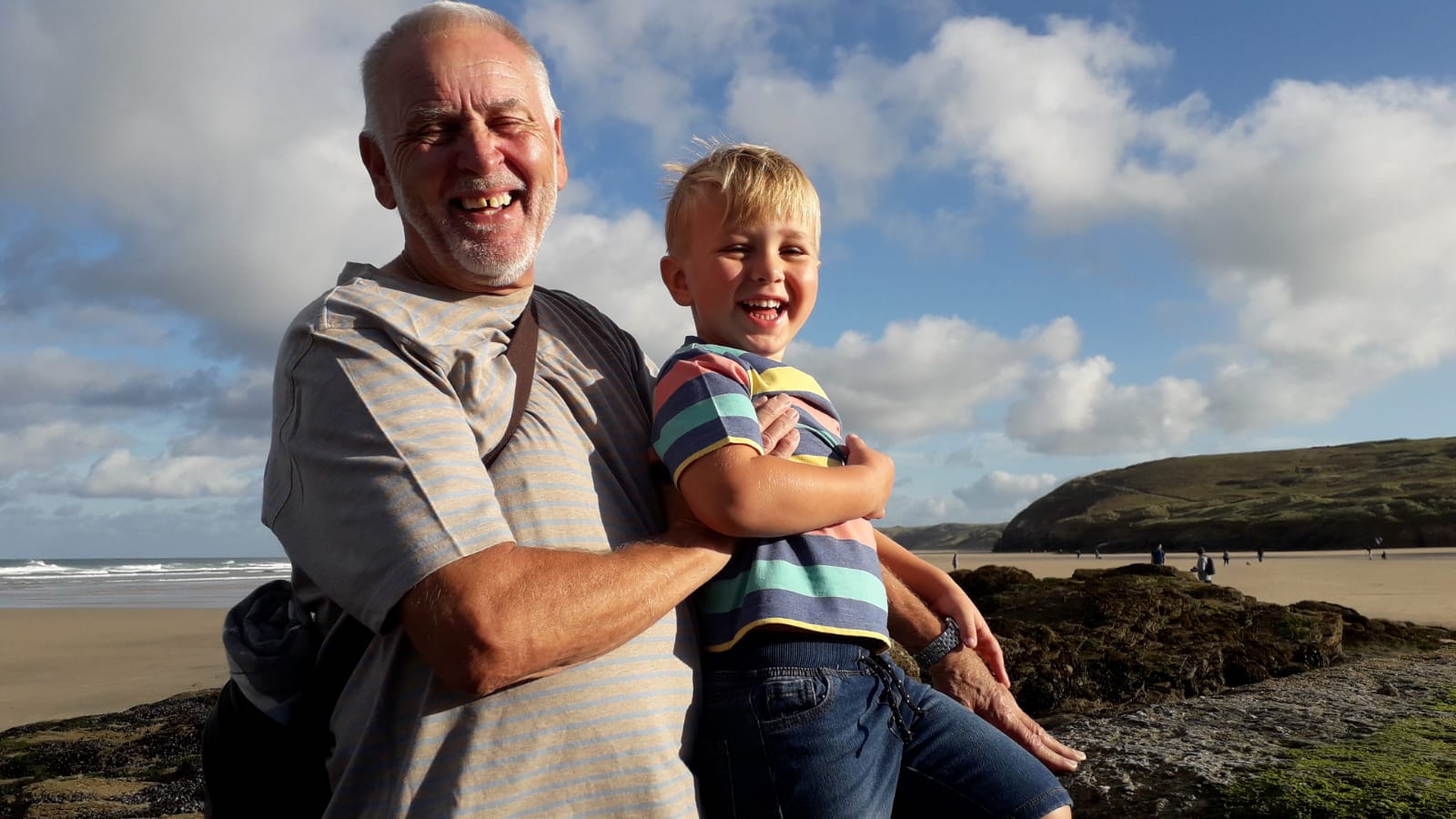 ‘I was supposed to be getting married about now,’ I said, casually.

Graham nearly choked on his lager.

‘The night we met was actually my hen do,’ I explained.

Graham was flabbergasted and lost for words – but we got over it and moved on.

That evening we went for an Indian, like it was any other Saturday night.

I didn’t really speak to Jack again, other than to sort out practicalities, and I eventually told him I’d met Graham after we’d split.

I wanted to save him the hurt of being jilted.

After just six months, Graham proposed. We tied the knot in September 1984 and I even wore the dress I’d bought for my wedding to Jack

Things between Graham and I were amazing, and I never doubted my decision.

I hadn’t realised how wrong my relationship with Jack was until Graham came along.

When I introduced him to my family, they loved him too.

They could see how much happier I was, and how right we were for each other.

After just six months, Graham proposed. We tied the knot in September 1984 and I even wore the dress I’d bought for my wedding to Jack.

It was a lot more low-key than the wedding I’d originally planned, but we didn’t care about the trappings.

At our wedding, we announced we were expecting our first child too.

We certainly had our doubters but Graham and I have been happily married ever since.

We’ve had our ups and downs over the years, like all couples do, but we’ve remained rock solid.

We now have a daughter, 34, and a four-year-old grandson, who we dote on.

I heard Jack remarried too, and I’m glad he’s happy.

Meeting Graham when I did was fate, and calling off the wedding was the right thing to do in the long-run.

But I never dreamed I’d meet my future hubby at my own hen do!

*Jack’s name has been changed