I had my legs amputated giving birth to my 8th child – now trolls torment me, they say I should've ‘closed my legs’

A MUM-OF-EIGHT revealed how she was tormented online after revealing she lost both her lower limbs during labour with her last child.

Cruel bullies throw terrible abuse at Ella with one viciously saying: "You should keep your leg crossed so you wouldn't loose them." 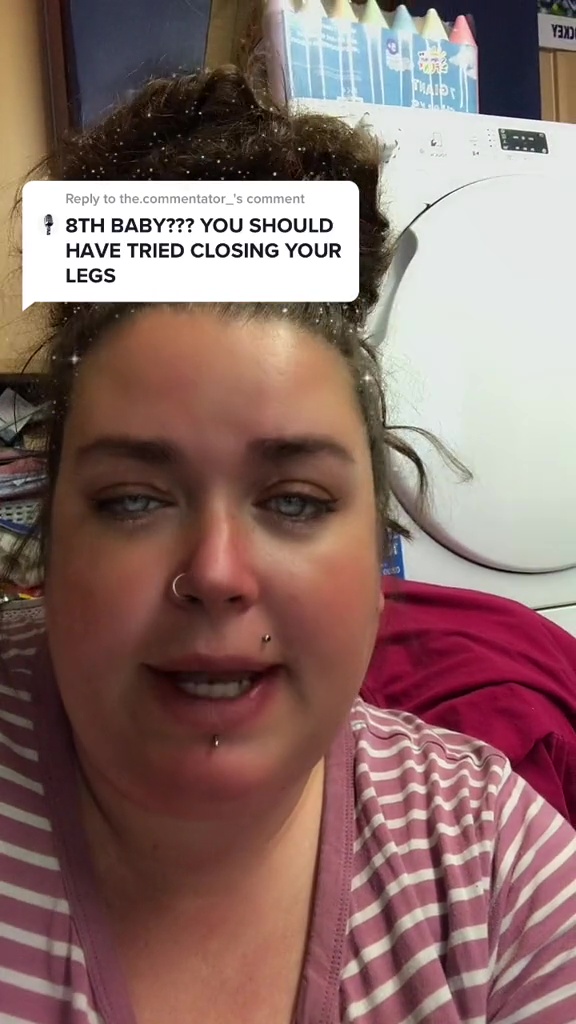 "I literally have no words for this comment," she said, with people jumping to her defence.

And Ella, who lost her legs in December 2015, actually said her disability has made her eight kids kinder – and very aware of people with disabilities.

"I'm happy, my kids are happy. It's made them more understanding of people and their disabilities," she said on TikTok where she recounts her extraordinary story in a series of inspirational videos.

She explained how she went into labour at 34 weeks pregnant, having steroid injections for the baby's lungs to make sure the baby was as healthy as possible.

She was due to have a c-section, which was always planned. "I was calm and not worried," she said, adding she was taken to theatre.

After 45 minutes the baby was lifted to her face. The next thing she recalled was being woken from her coma. "A consultant came to me and said, 'we're really, really sorry.'" 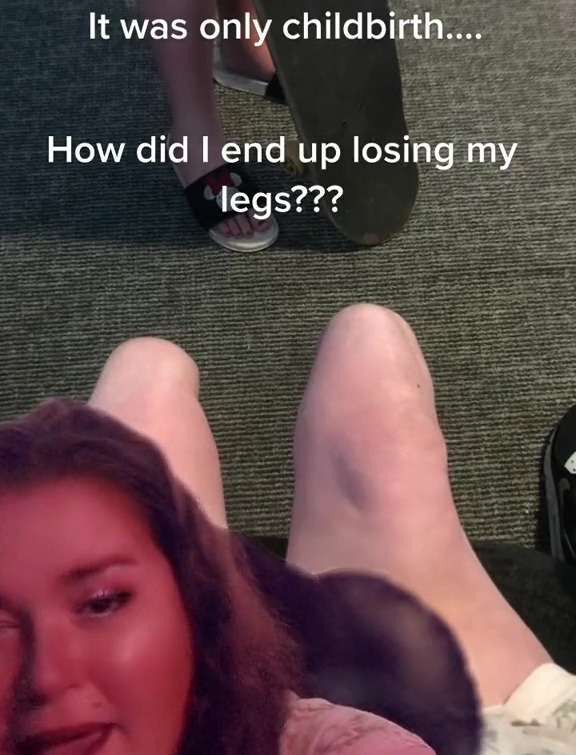 It emerged she had bled out during labour but the blood started clotting in her legs. The needed to be amputated, she said.

"My family were told to come and say goodbye," she said. But the brave mum responded as doctors took away the ventilator, and ultimately woke up.

"They told me what happened and I didn't process it," she said after intially waking form surgery to remove her lower limbs. I didn't get to see my daughter until four days after that," she explained.

"There were peple dying all around me in intensive care, it really, really scared me."

She explained she was in hospital for three weeks without her children, coming home on New Year's Eve.

"Life was really different, I had a hospital bed downstairs."

In February 2016 she got prosthetic legs. "It's tough," she said. "No one would chose to be an amputee but it's made me a stronger person."

And about this mum-of-16 is giving birth AGAIN, whose nurses joke they see her 'every year'.