A MUM-OF-FIVE who was rushed to hospital with suspected appendicitis claims she left paramedics in "complete shock" when she suddenly gave birth in the ambulance – despite not knowing she was pregnant.

Chelsea Keenan, 27, called 999 after experiencing agonising backache which woke her in the early hours of August 15, with the pain strongly resembling her previous labour. 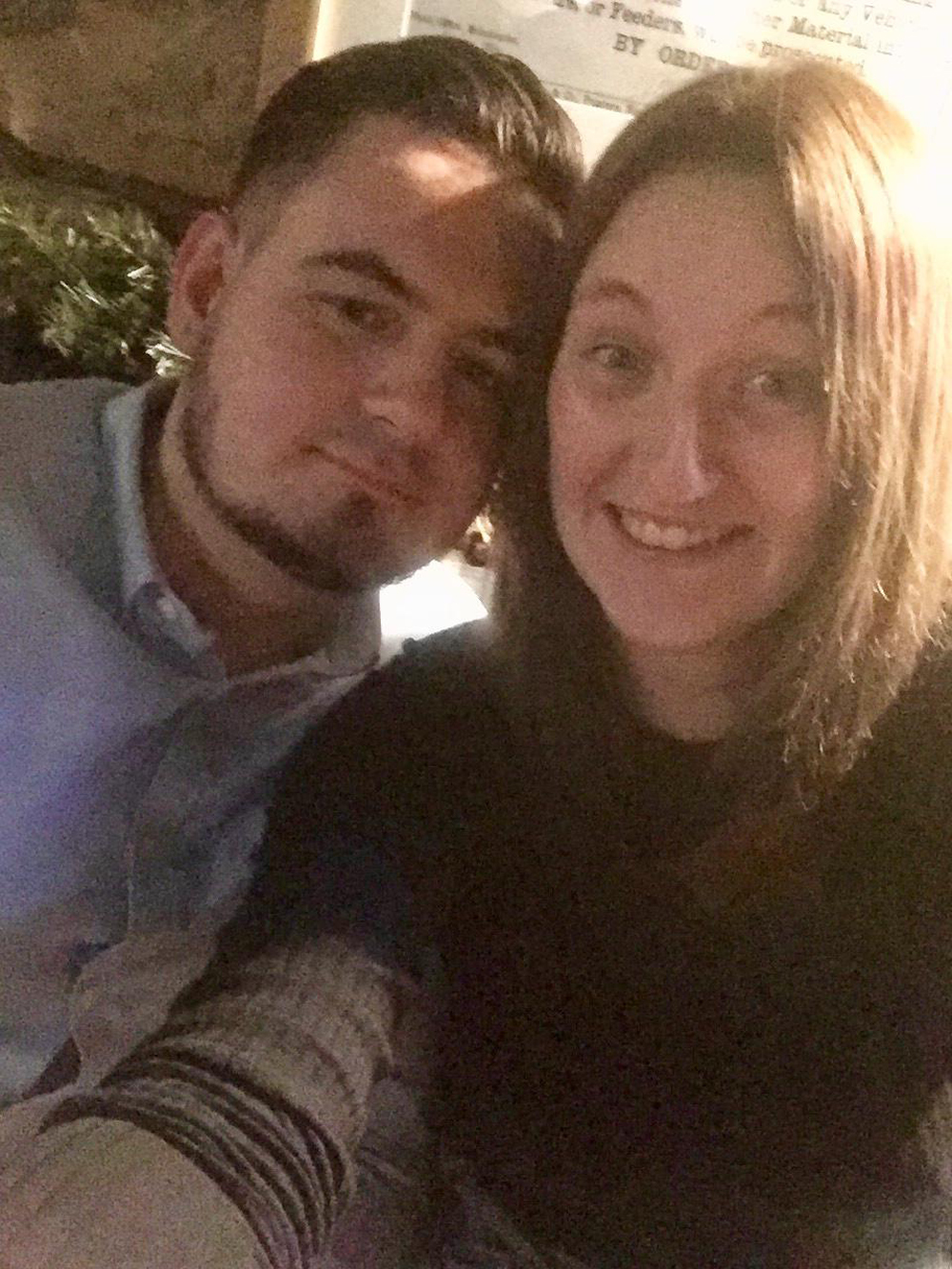 The mum hadn't realised she was pregnant with her fourth child, Riley, one, until 32 weeks in, so informed the paramedics.

But still having periods and with no signs she was expecting, they were sure her pain was coming from her appendix.

But Chelsea, of Halifax, West Yorkshire,  who is also a full-time mum to Finley, eight, Esmae,  three, and Lilly, two, was half way to hospital when she screamed to ambulance staff to pull her pants down, as she could feel baby Elliot's head popping out.

Chelsea, whose children were asleep when the drama started while their dad, Ryan Griffiths, 26, was completing a night shift at the local recycling centre, said: “I rang the ambulance but when the paramedics arrived, they thought I must have a problem with my, appendix. 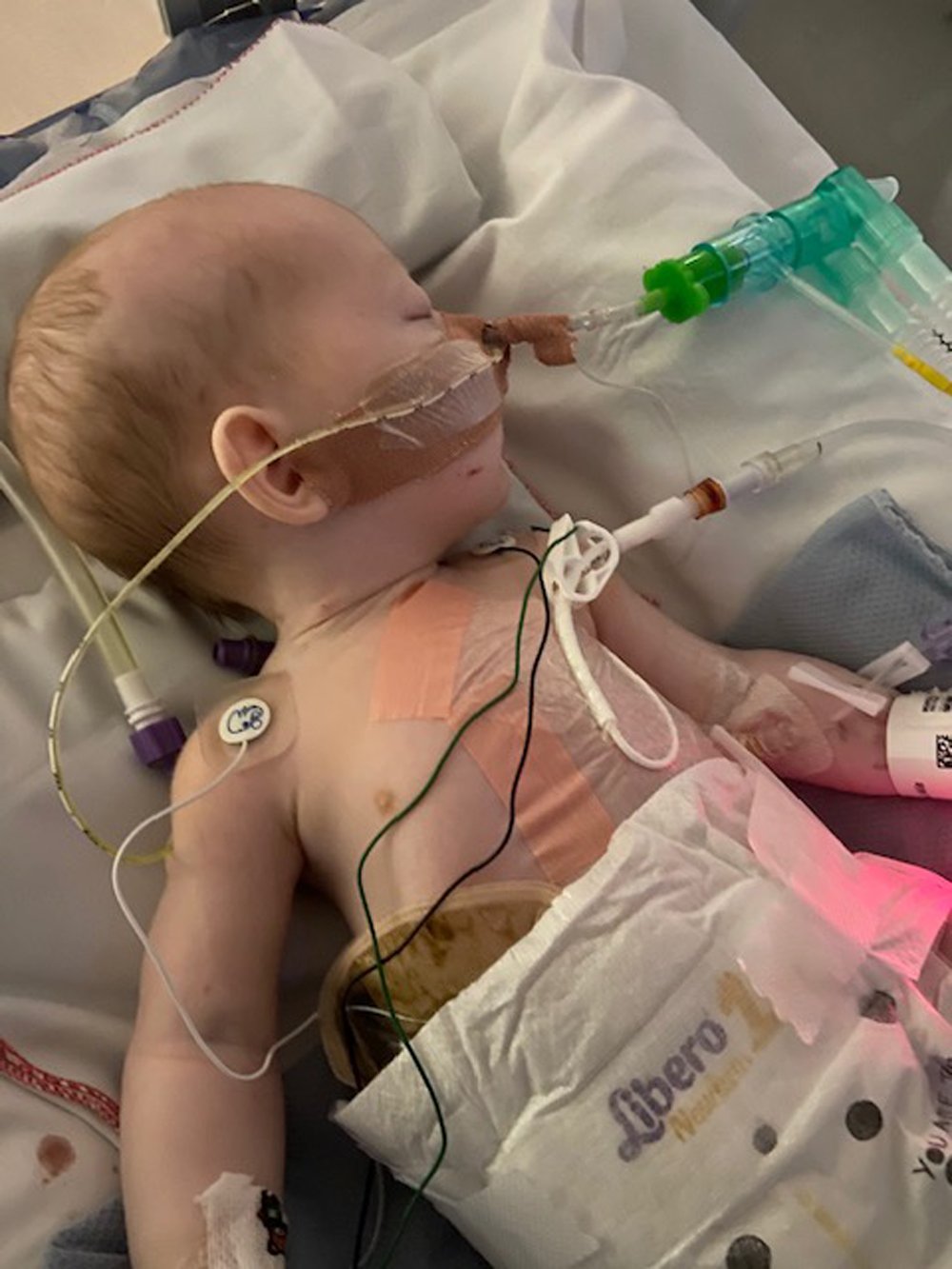 "They wouldn't believe me when I said I felt like I was having a baby and needed to push.

“My only inkling came because I hadn’t known I was pregnant with Riley until 32 weeks in, either.

"To be fair, though, with Elliot there were no signs I was pregnant at all.

"I'd been having periods, I wasn’t unwell and I was still wearing my size 12 jeans right up to the day when he was born. I tell people now that he must have been hiding!

"As a mum already, when I'd read stories about women who didn’t know they were pregnant until they gave birth I used to think, ‘Give over, don’t be daft,’ until it happened to me." 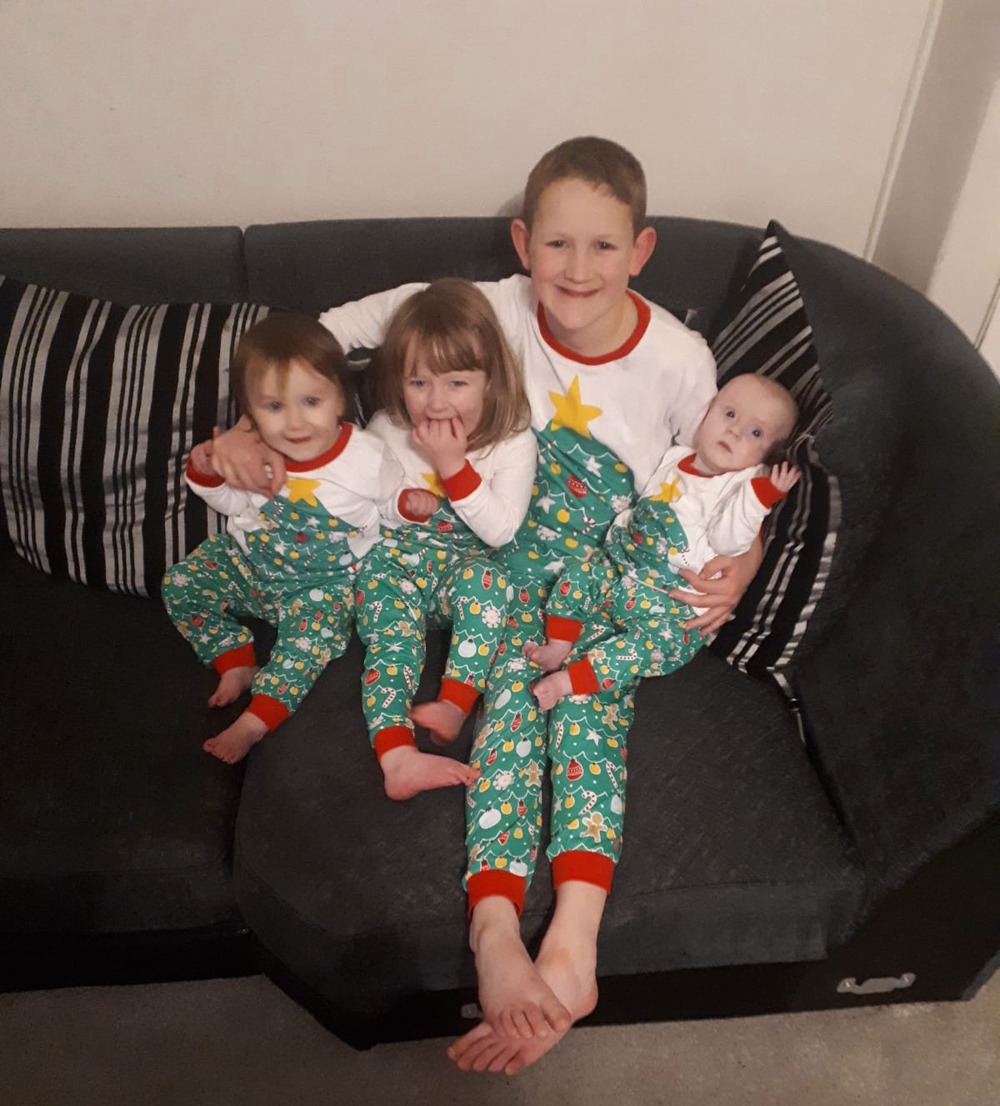 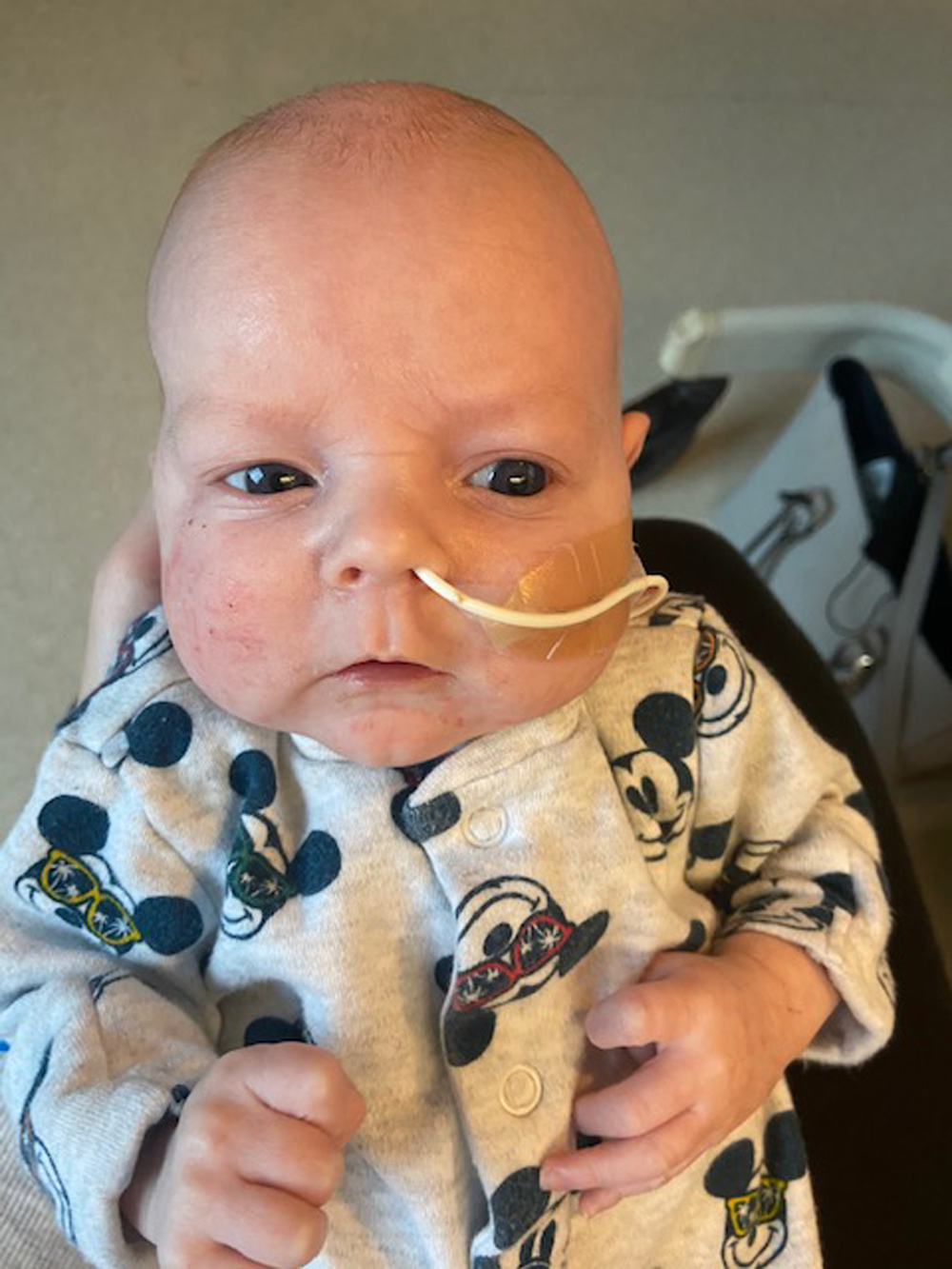 When the ambulance arrived at about 6.45am on August 15, Ryan had come home from work but was not allowed to join Chelsea because of Covid-19 restrictions, so stayed behind with their children.

The only people with her when she gave birth were the paramedics, who placed her son on her chest and said: "There’s your baby, congratulations.”

But, sadly, the drama was far from over.

Chelsea took one look at Elliot and realised there was something very wrong – his left leg did not look right and, where his tummy should have been, there seemed to be unprotected internal organs on the outside of his body. 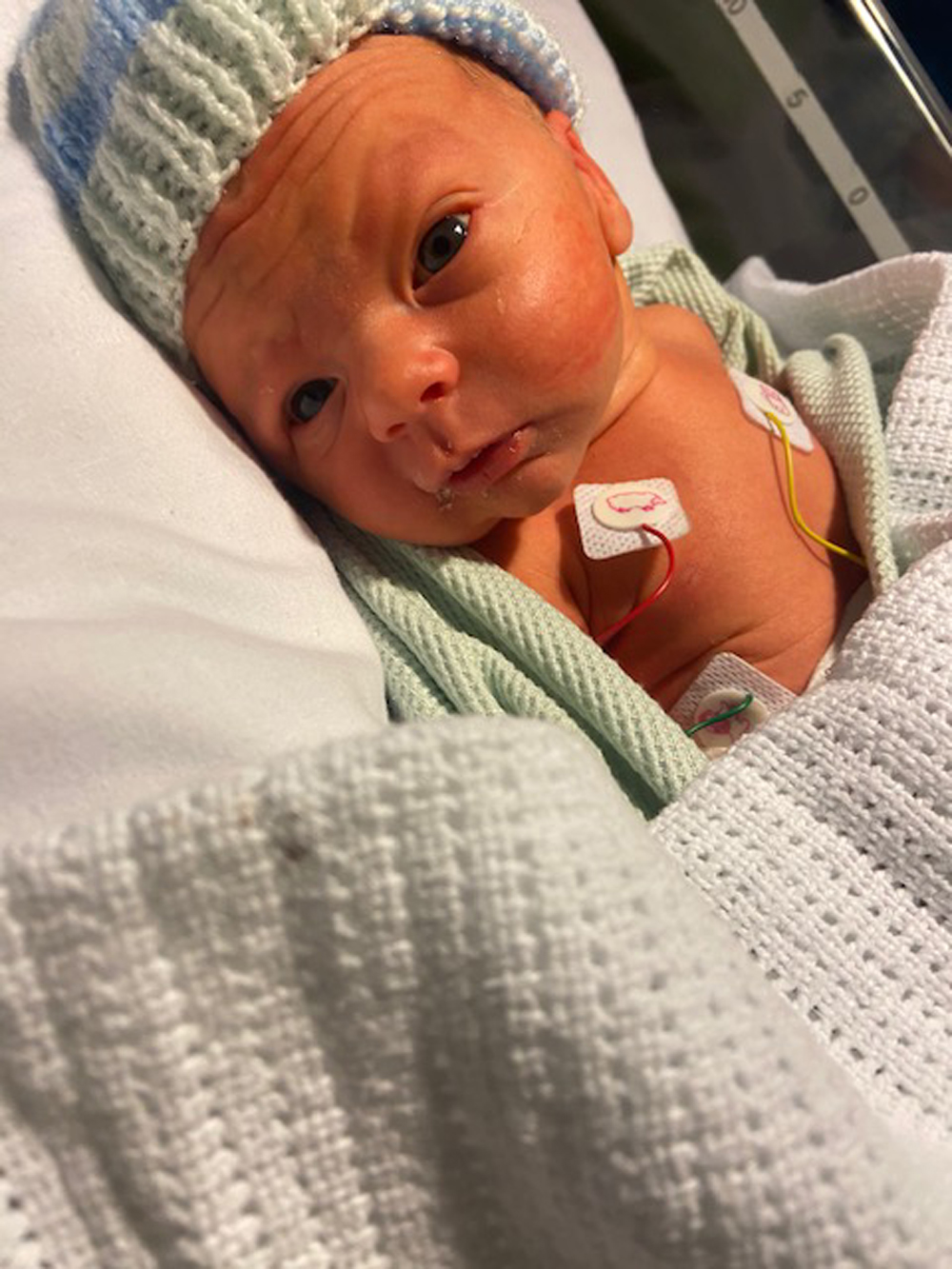 Arriving at Halifax's Calderdale Royal Hospital, he was admitted to the Neonatal Intensive Care Unit (NICU) and doctors recorded Elliot's weight as 5lb 2oz  – estimating that he had been born at 35 weeks.

“I’d never given birth and had my baby taken away from me before – it was awful," said Chelsea, a former claims handler, who became a stay-at-home mum after having Lily.

"All I wanted to do was get to him, but I knew he had serious problems and was told the doctors needed to check him over and stabilise him.

“They wrapped him in cling film to protect the organs that were on the outside of his body and my heart sank when they told me he might not make it through the next 24 hours.

"I was all alone in hospital, because of Covid, and had to text the devastating news to Ryan. It was just terrible." 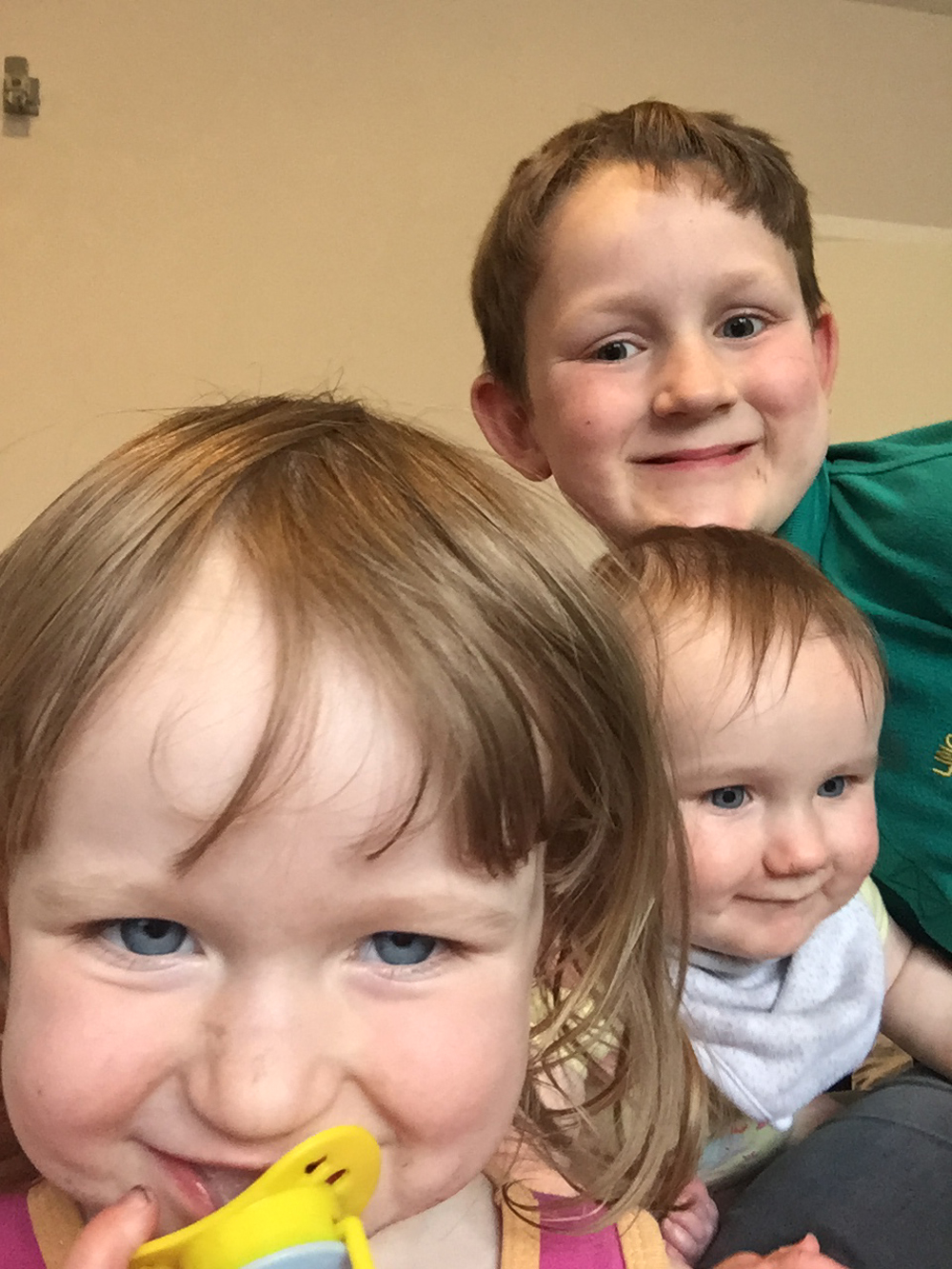 Luckily, Elliot survived the night and was then transferred to Leeds General Infirmary, where he waited for a free bed at either Manchester Children’s Hospital or London's Great Ormond Street, where he could receive specialist care.

Chelsea followed her baby to his new hospital by taxi, while Ryan again remained at home with the rest of their family – with both parents agonising over their son's fate.

They were not given a name for Elliot’s condition, but his stomach wall had not developed to protect his internal organs during the pregnancy and doctors could not explain why the bones in his left leg had not formed properly.

“When I arrived at the Leeds Hospital I wandered around with my suitcase trying to find where Elliot had been taken," said Chelsea.

"Because of Covid, the place seemed deserted and I couldn’t believe this was happening when I had only just given birth." 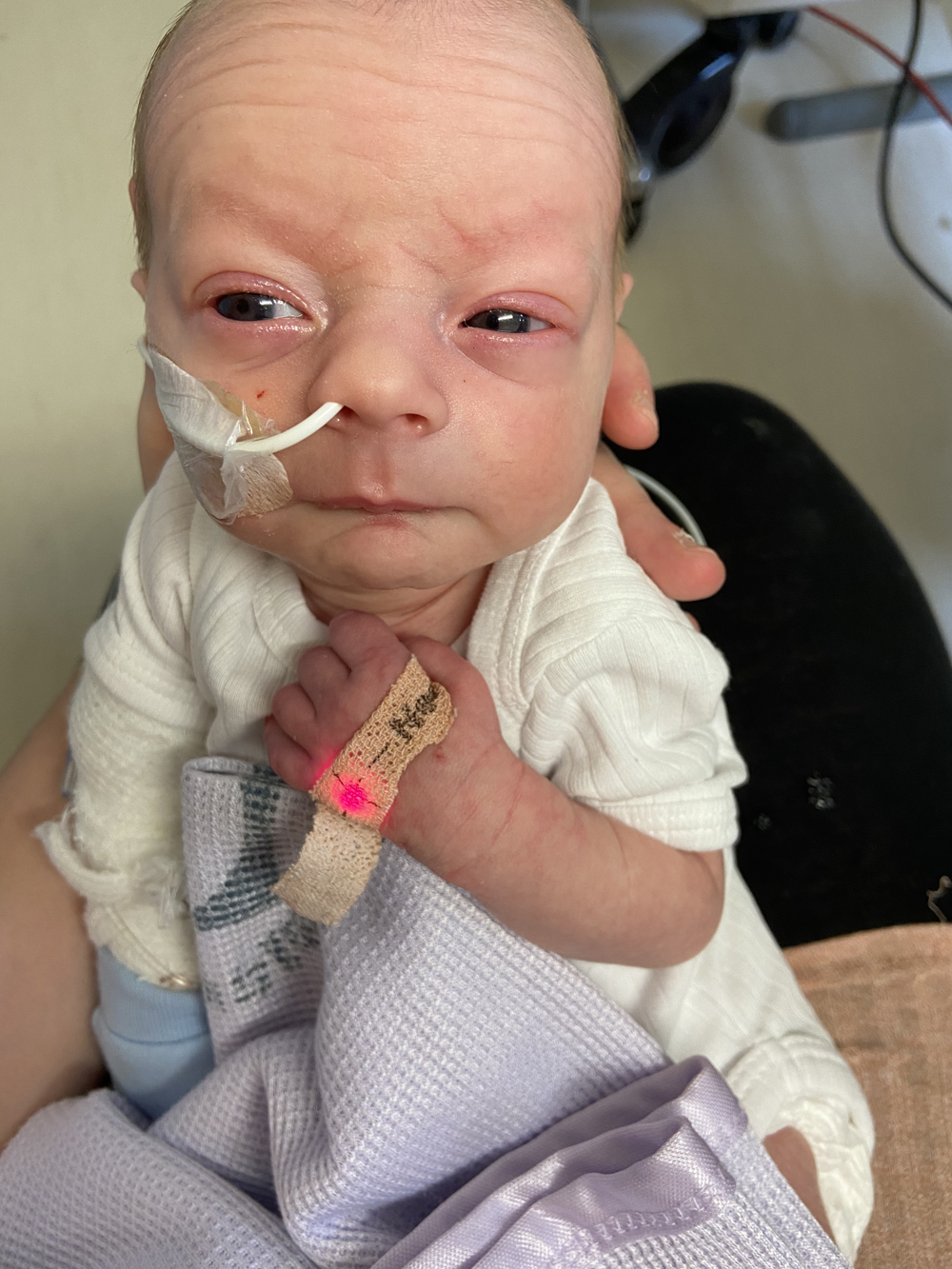 Admitted to a ward for the night, Chelsea was told her son was critically ill, before being wheeled to the baby unit, where the nurse caring for him explained that his bowel and bladder were in the wrong place – on the outside.

“She was very kind and helped me start to understand what had gone wrong,” she said.

“I think it was adrenaline that kept me going through it all, plus the fact I kept thinking, 'Well, Elliot hasn’t given up so I’m not going to either.'”

Chelsea’s sick son survived a second night and the following day — which was the first time Ryan was able to meet him – he was transferred to Manchester Children’s Hospital.

There, doctors told the couple that Elliot's abdominal wall had failed to form properly during the first month of pregnancy – resulting in conditions known as bladder extrophy and cloacal extrophy – where the bladder and bowel are on the outside of the body.

Chelsea said: " We were told the condition was so rare if only affects one in 400,000 babies, I think worldwide."

Chelsea and Ryan, who became a couple at school when they were 16, still had no idea how long Elliot would be in hospital, so left their other children with his mum, Dawn, and packed for a week to move to Manchester and be at his side. 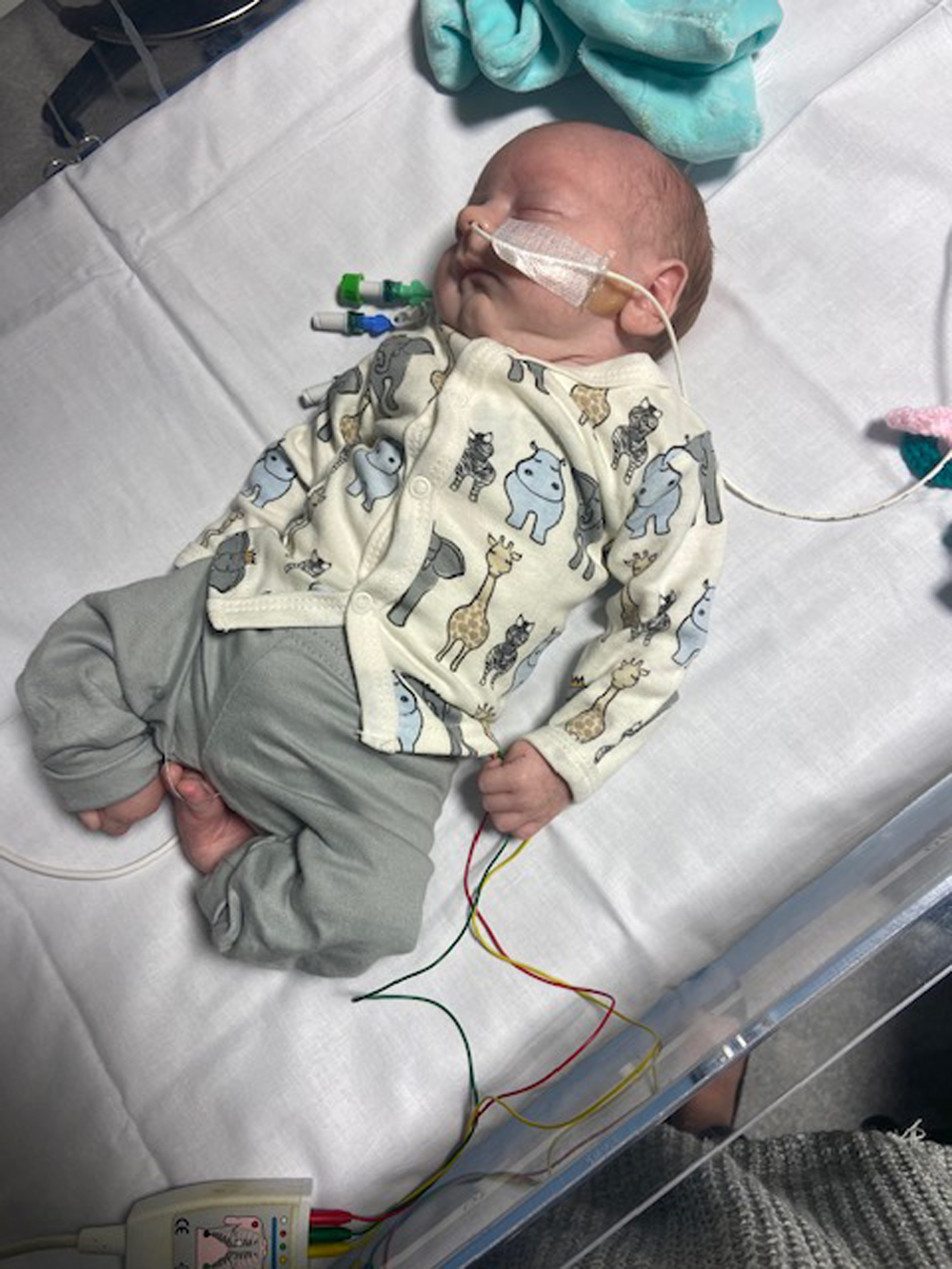 Eventually, as the days passed, they were allowed to cuddle him, but received the devastating news that he would need a stoma operation and a colostomy bag for the rest of his life.

“Elliot was born without a rectum and so will never be able to poo normally," Chelsea said.

Just a month old when he had the operation, the couple were then told his malformed leg would have to be amputated before his first birthday.

Shown how to meet his needs and care for the poorly baby, his parents were delighted when he was finally allowed home on August 21.

But their joy was short-lived as, less than 24 hours later, the community midwife visited and was so concerned about Elliot’s weight loss that he was returned to hospital in Halifax for another week. 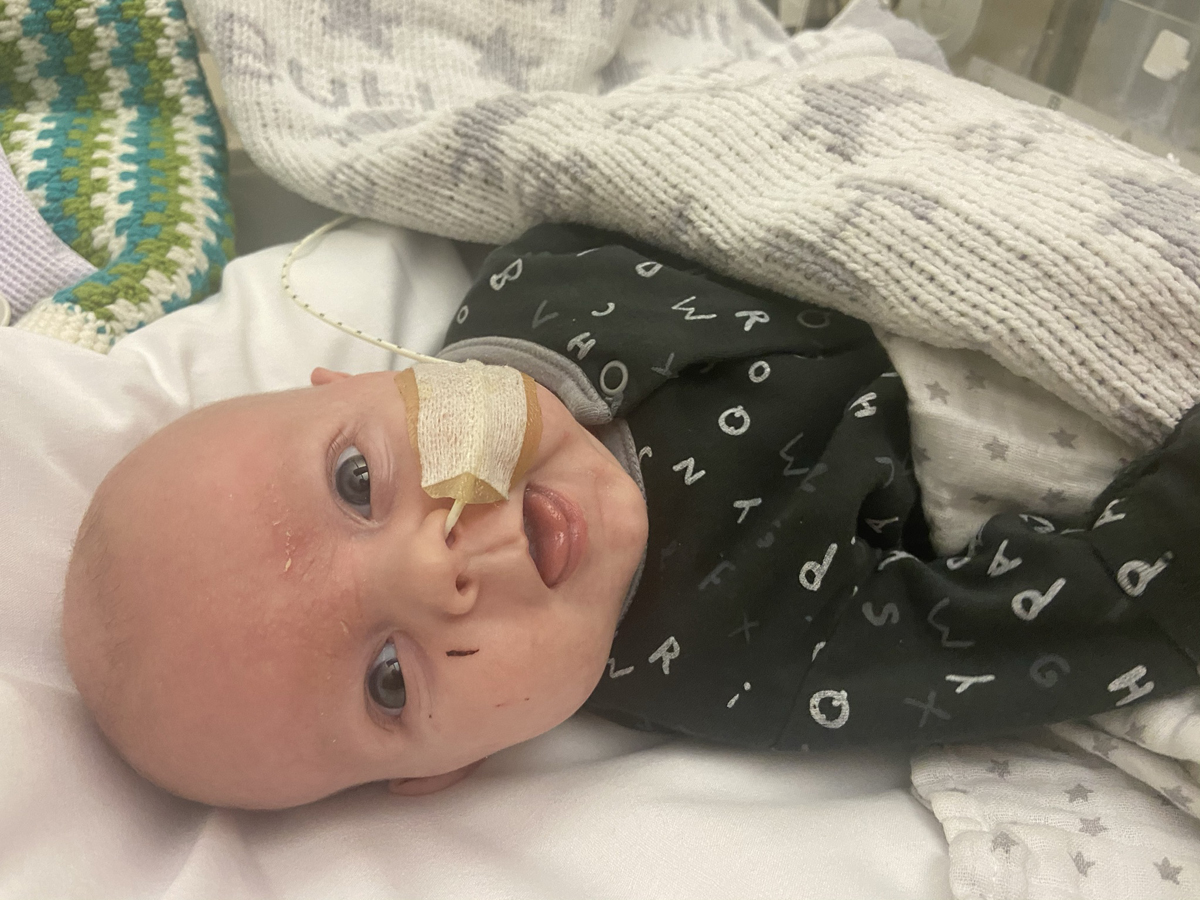 Then, just before he was due to be discharged, his doctors in Manchester made a frantic call saying he needed to be readmitted as a matter of urgency based on the test results Halifax had sent them.

“It has been a huge emotional rollercoaster ever since Elliot was born in the back of an ambulance," said Chelsea.

"I have learned that your life can be turned upside down in just five minutes."

With the exception of one short visit home when her grandmother died in September, Chelsea has been living in the parents’ accommodation attached to the Manchester hospital and is by her son’s side every day.

Meanwhile, Elliot is tube fed to build his weight and has had multiple operations in his short life.

Two have been emergency procedures to save him, after the contents of his stomach spilled through an unhealed surgical wound and out into his nappy – something which happened twice in the first two months of his life. 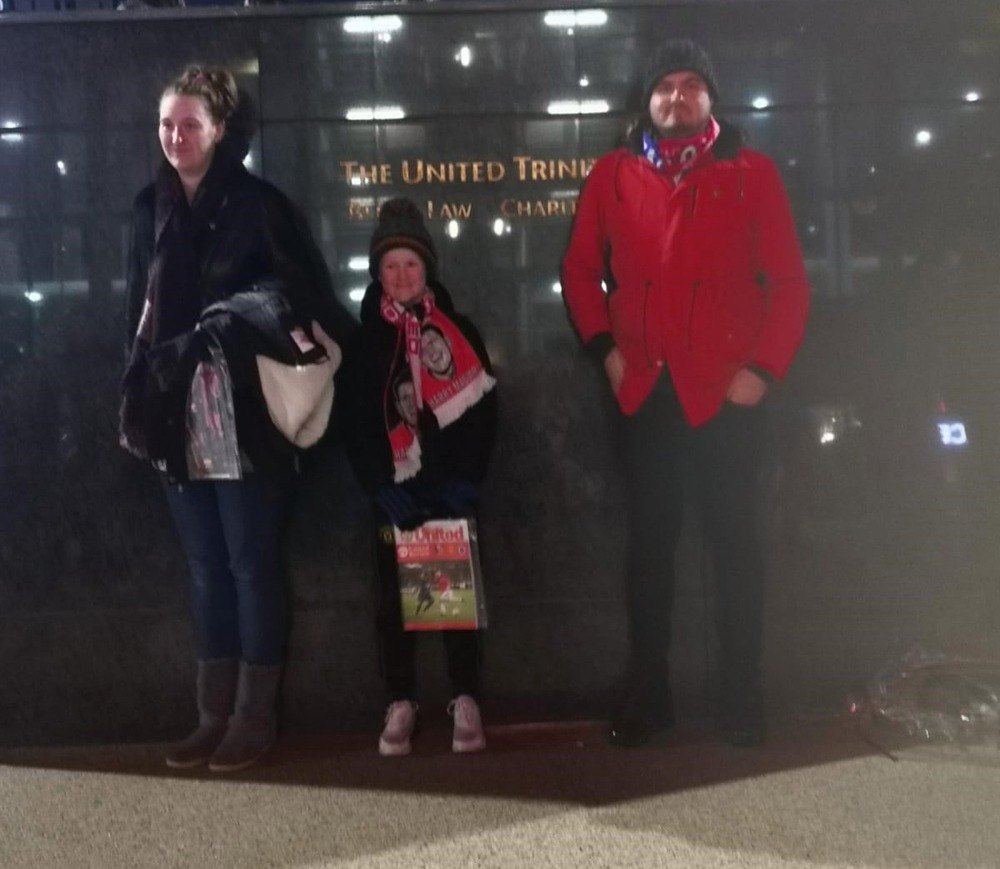 “That was horrific. It was really traumatising, and I will never forget seeing something no parent should see when that happened,” said Chelsea.

“But Elliot is a fighter and for as long as he fights on, so will we. “

Chelsea and Ryan hope to have baby Elliot back home in time for a family Christmas this year, so they can all begin to heal.

And they have launched a GoFundMe page through which they hope to raise £1,000 to take the whole family on a bonding holiday when it is safe to do so – as life changed for them all when Elliot was born.

“When Elliot does come home, I will be his full-time carer,” said Chelsea. “He has been through hell and back, but he is a fighter, not a quitter. He has stolen the hearts of everyone who’s looked after him and at the moment, after 10 long weeks, he is finally doing well."

Plus a mum gave birth to her brother's baby so he and his partner could avoid using a stranger as a surrogate.

And dad of seven (including quints) Chad shows how he organises his bumper brood.