I had no idea I was pregnant until my waters broke on the loo I was a slim size 6, had periods & took TWO negative tests

A FUN-loving teenager, who was a slinky size 6, has revealed how she gave birth to a surprise baby.

Siobhan Buchanan, now 19, of Perth, Scotland, had no idea she was pregnant as she had no bump and would bleed monthly. 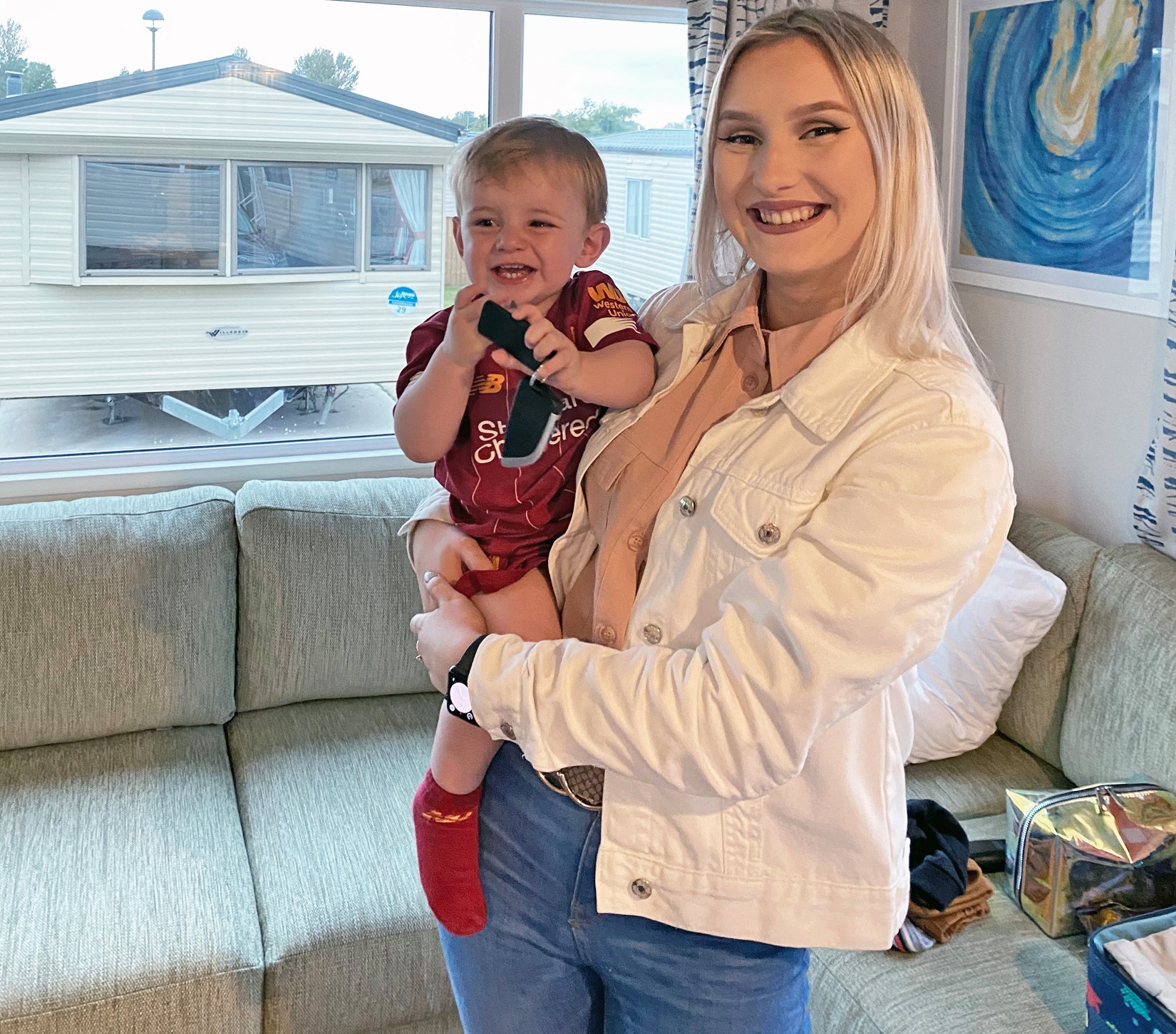 In March 2019, Siobhan was at work when she had excruciating back pains and the next day, she was rushed to hospital.

There, doctors told her she was in labour, and just minutes later, Siobhan gave birth to baby Oscar, now 23 months old.

Shocked Siobhan, says: “I’d been using condoms with my boyfriend, had a flat stomach and had periods every month. 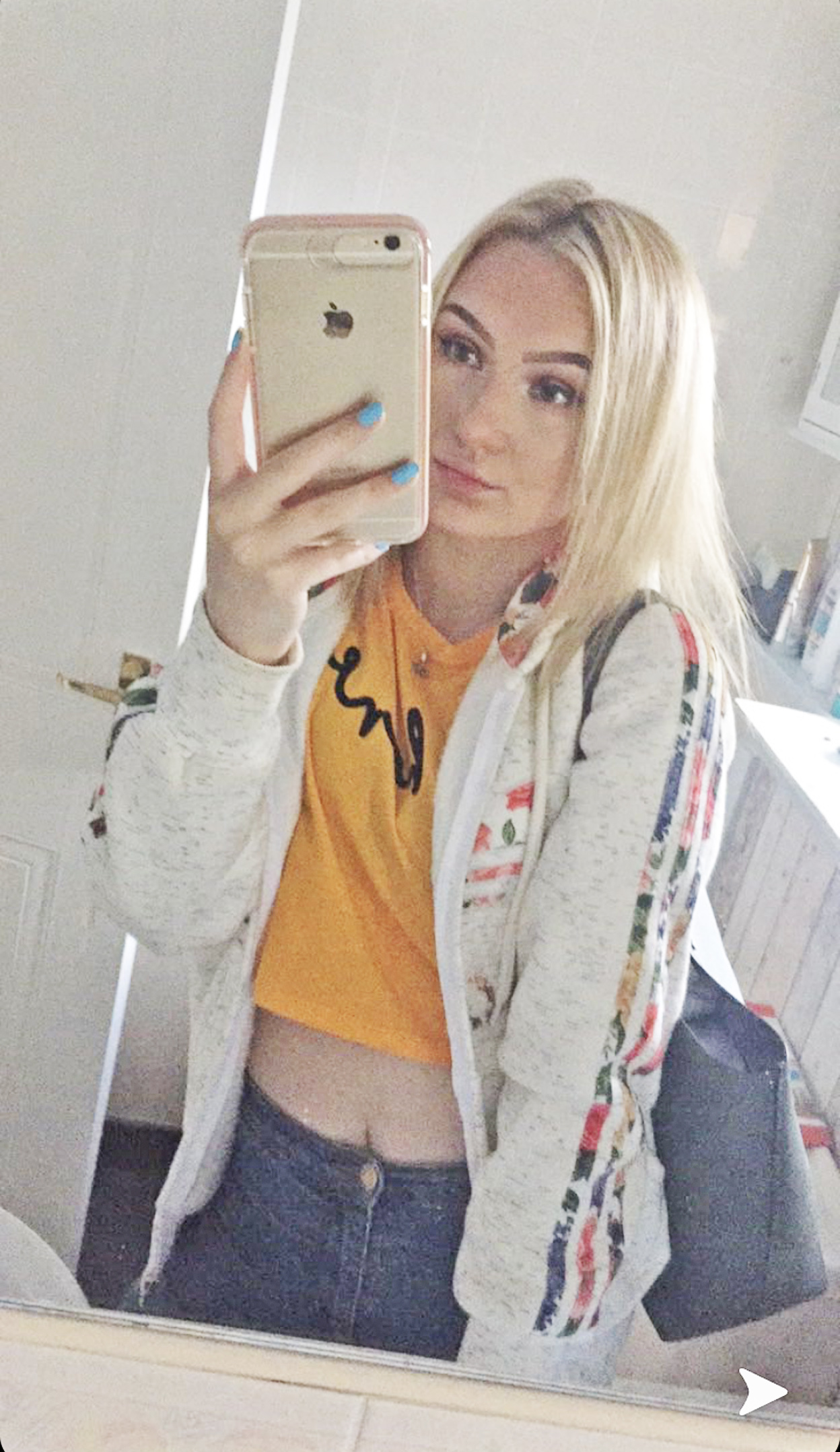 “I couldn’t believe I’d carried a baby for nine months without knowing. Thankfully, he was a healthy little boy.”

Her and ex boyfriend, Kieran, a postman, had been dating for two years when her face suddenly became spotty. 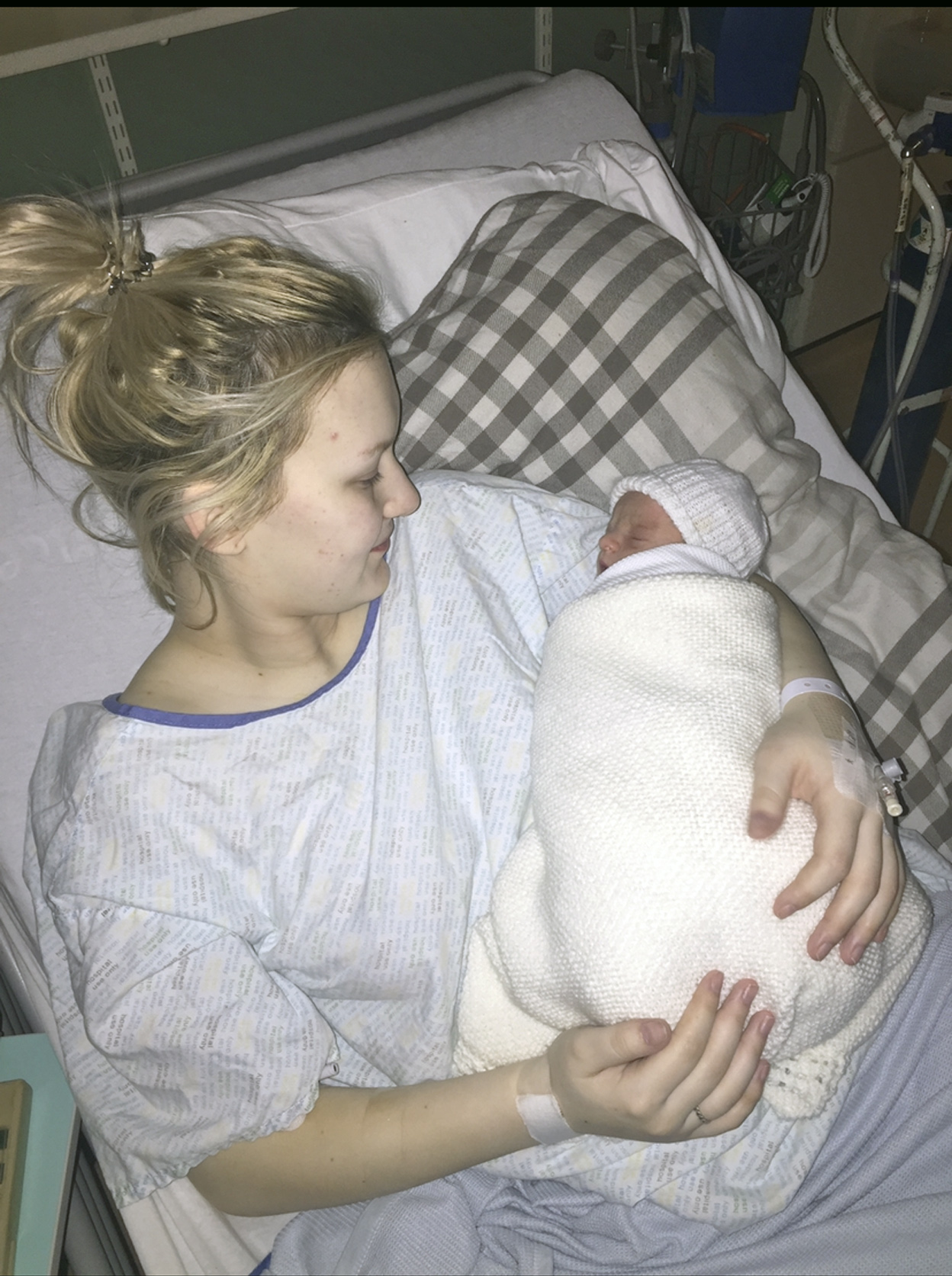 I dragged myself to the toilet and as I sat down, I felt a gush of water between my legs

“As I’d also broken out in pimples, which wasn’t like me, she became convinced I was pregnant.

“I laughed and told her not to be ridiculous. Kieran and I used condoms and were extremely careful. Plus, my periods were regular so it was impossible.” 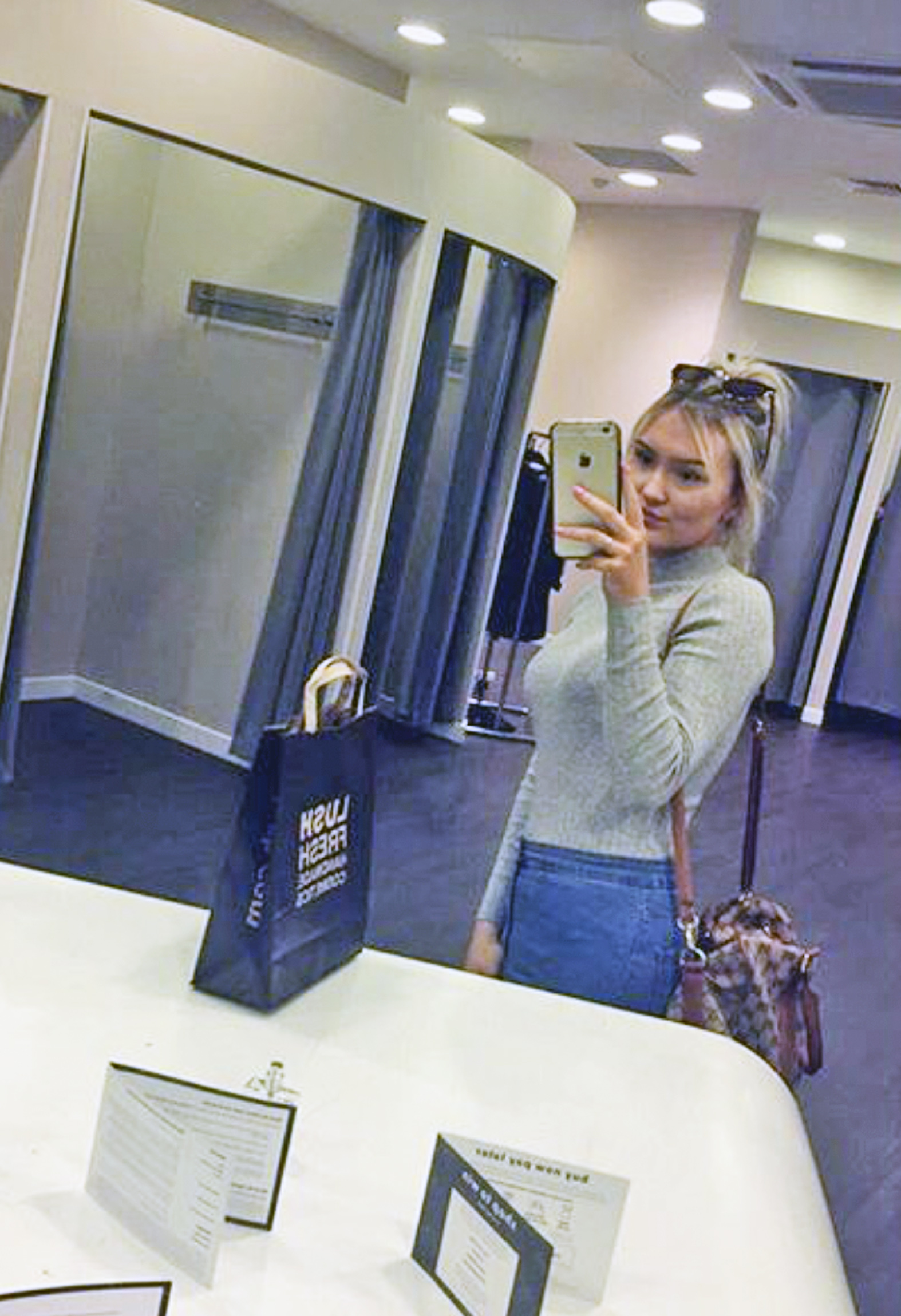 But for the next few weeks, Siobhan’s mum wouldn’t let it go.

In January 2019, she convinced Siobhan to take a pregnancy test.

“Mum was shocked and kept saying I looked like I had glowing pregnancy skin. I told her to drop it. Soon after, I started to crave bagels and Irn-Bru.

“I looked at my stomach and it was completely flat. I knew I wasn’t pregnant. 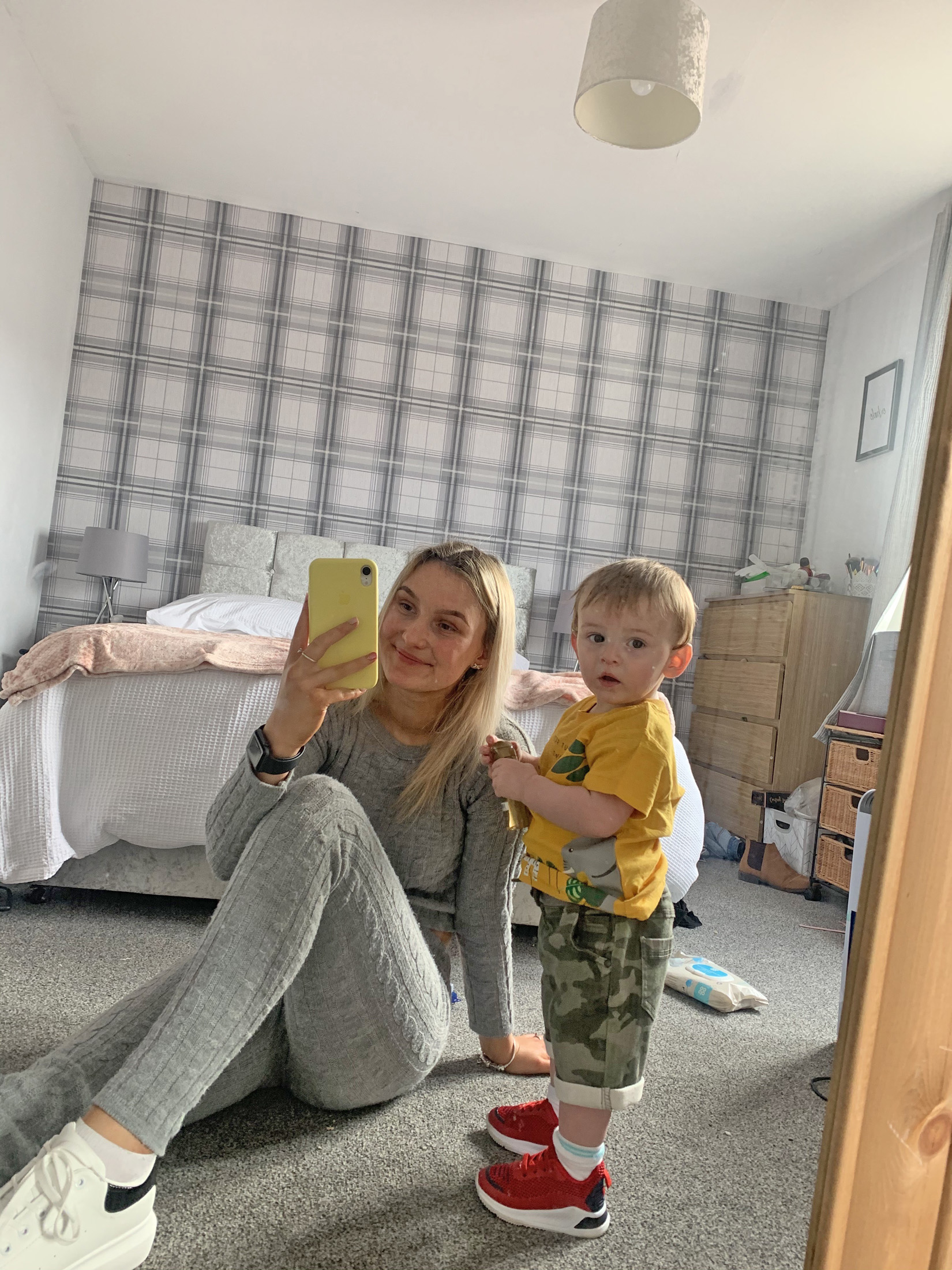 “Mum was still adamant and she bought me two different brands of pregnancy tests again. To keep her quiet, I took them and again, they were negative.”

Two months later, in March 2019, Siobhan was at work when she experienced terrible lower back pain.

She says: “Out of nowhere, I had a horrible pain in my back. I thought it was my uncomfortable chair.

“Later that night, at home, I kept complaining to my parents that my back was killing. 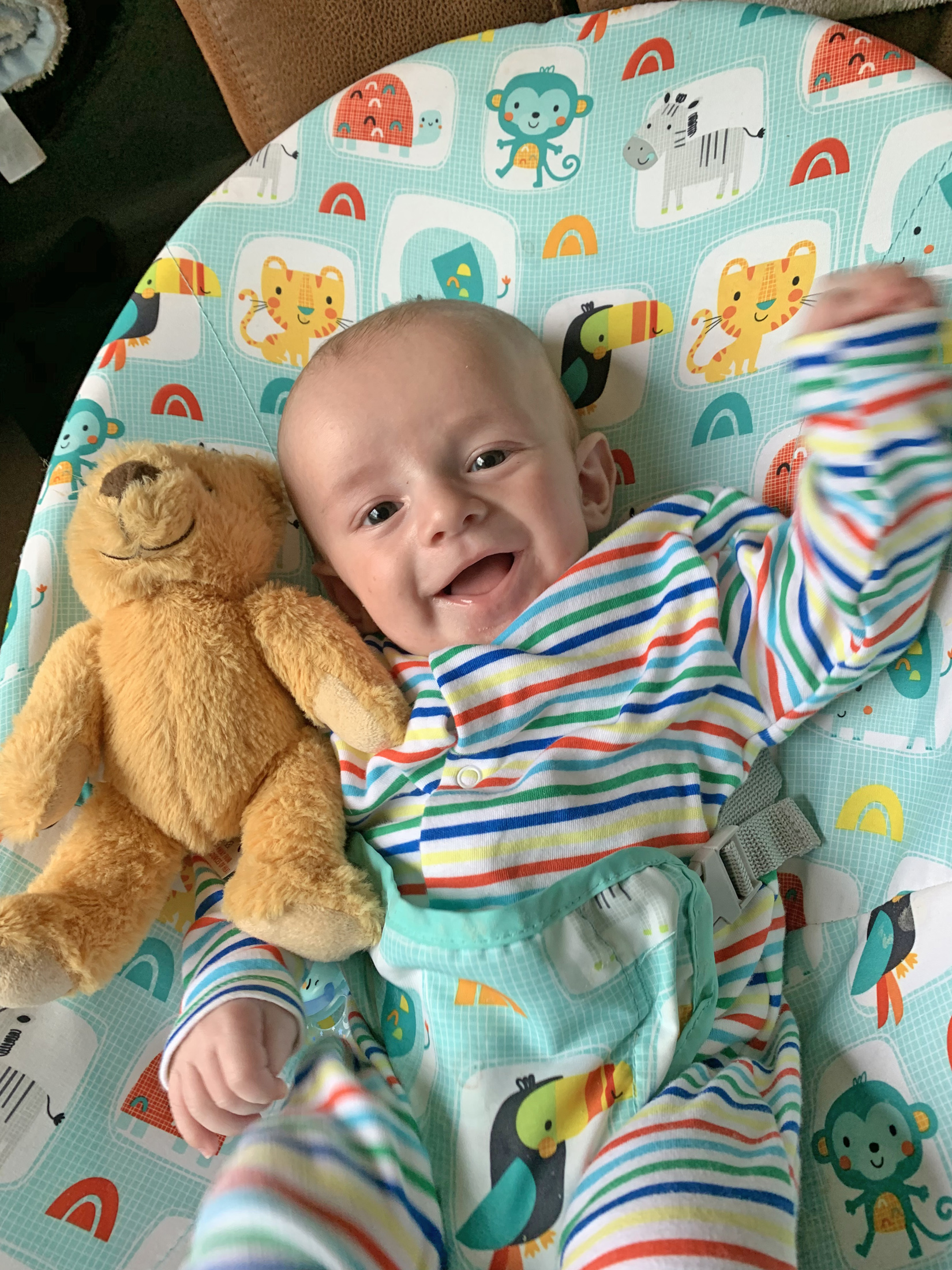 “Mum gave me some ibuprofen. Dad thought I might be constipated. I decided to just get an early night and sleep it off.”

But the following morning, Siobhan was doubled over in pain.

She says: “I dragged myself to the toilet and as I sat down, I felt a gush of water between my legs.

“I was so confused. Mum and Dad were out so I called them. I told them something was wrong and that I needed to go to the hospital.” 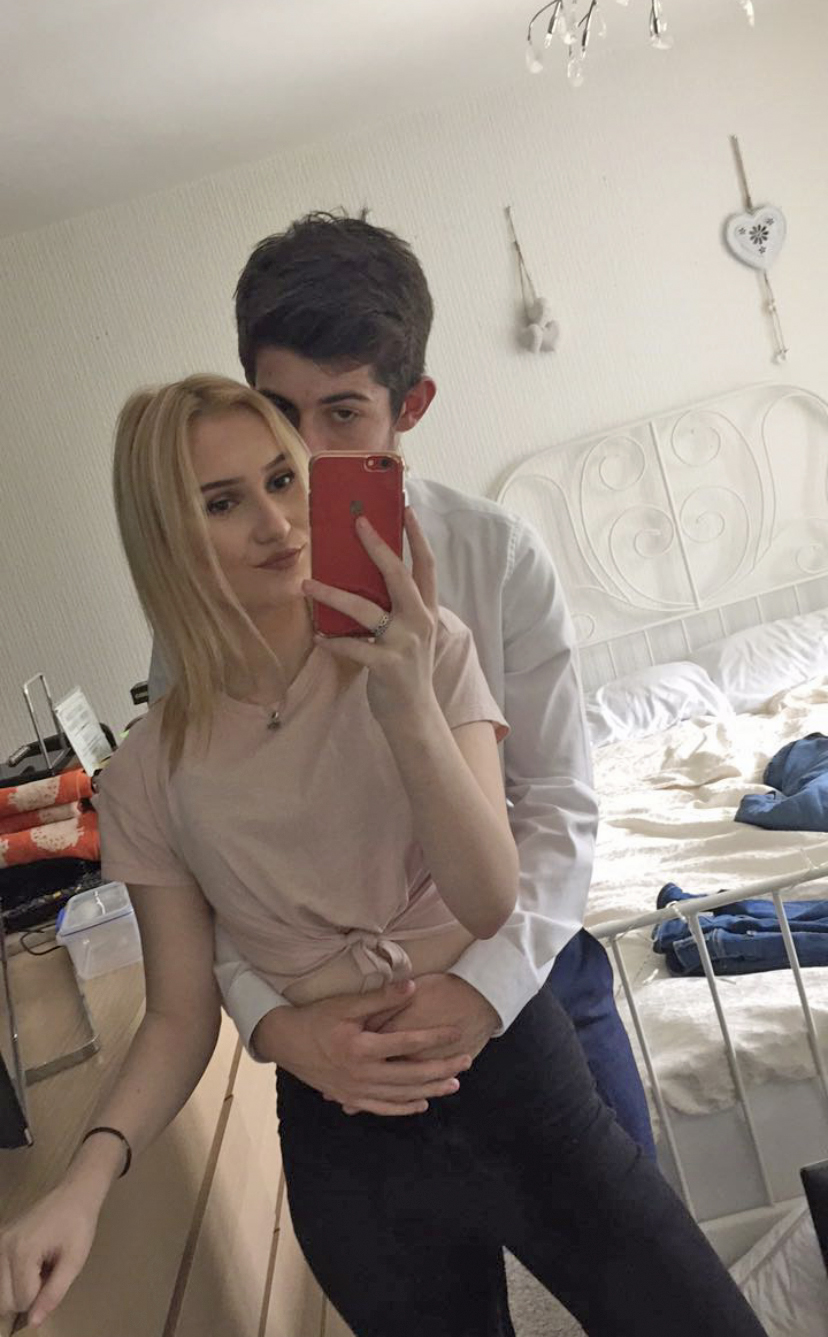 There, a doctor asked her to take a pregnancy test.

Siobhan says: “I was fed up of taking them. I knew it’d be negative, but I had no choice.

“A few minutes after, I was told I needed to be taken to another hospital. They wheeled me into an ambulance and I had no idea what was going on.

“Mum jumped in with me while Dad went back to work.” 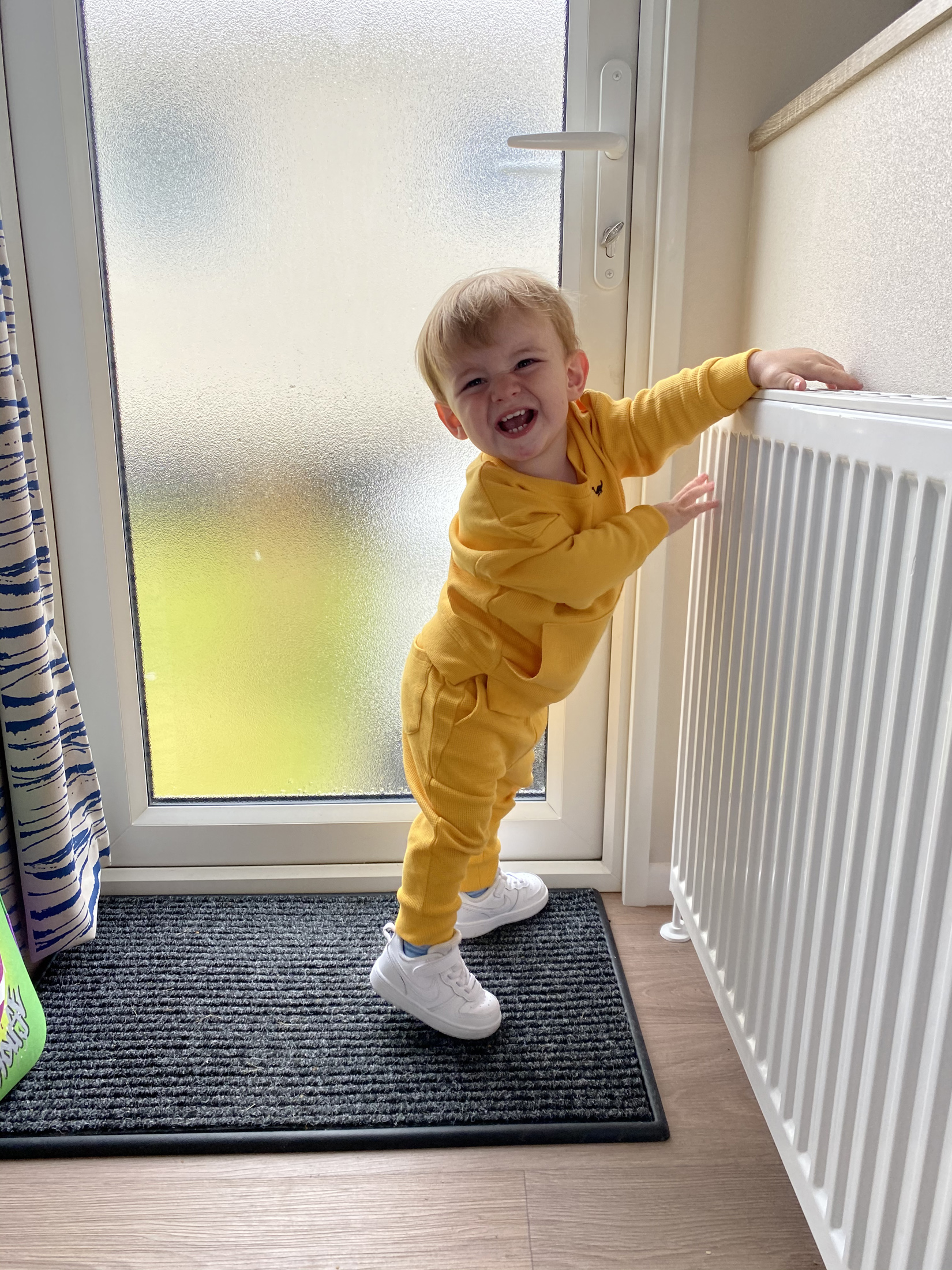 The doctor explained that he’d been lying back to back, which is why I didn’t have a bump

She says: “To my shock, they took me to a maternity ward and did an ultrasound. Suddenly, I heard the thumping sound of a heartbeat.

“I looked at the screen and there was a baby. I was in labour.

“Before I could react, I felt burning between my legs and the nurses told me I was crowning.”

Thankfully, he was given a clean bill of health. 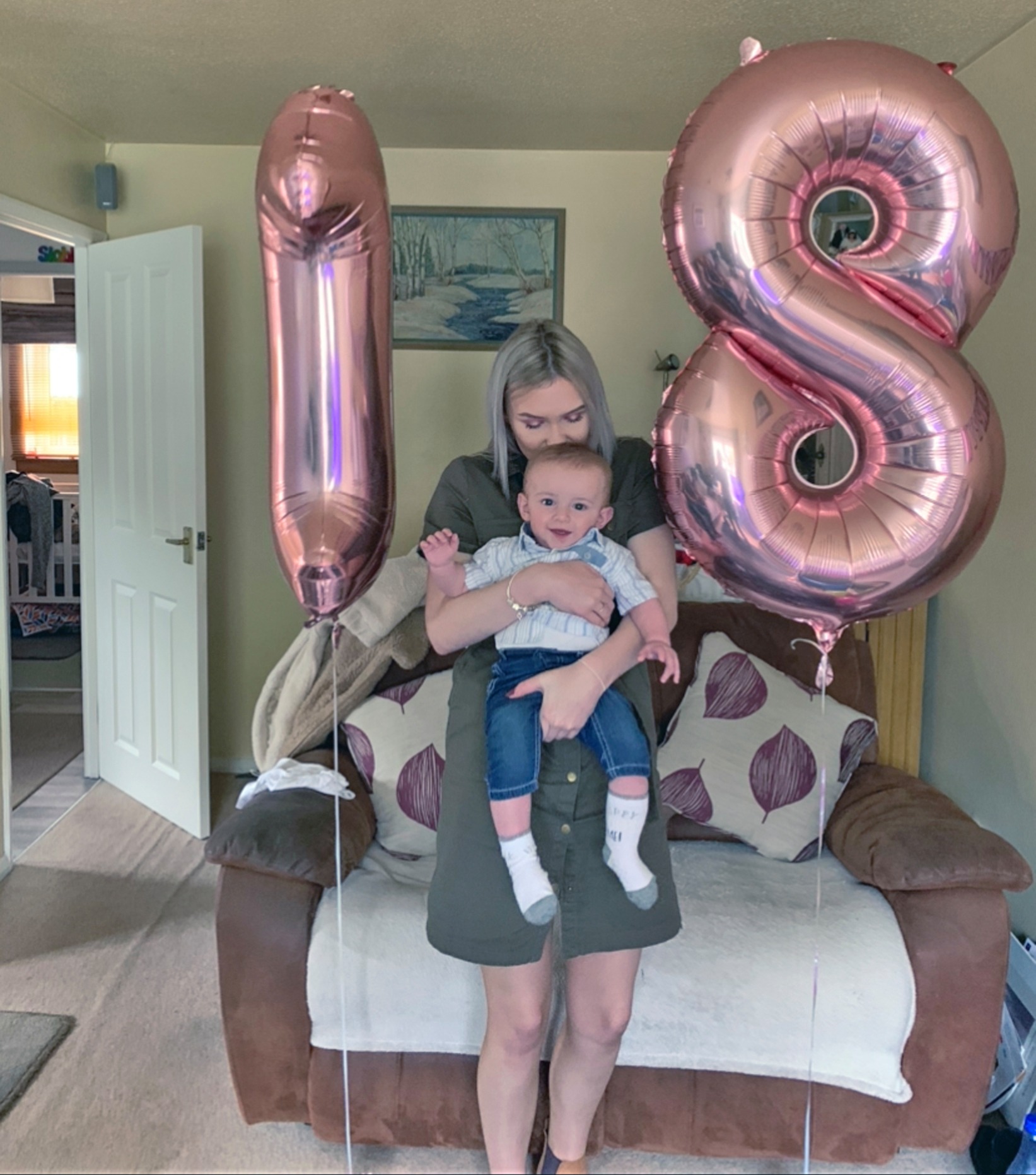 Siobhan says: “I stared at my son in disbelief. Mum was crying and cradled him.

“The doctor explained that he’d been lying back to back, which is why I didn’t have a bump. For months, I’d mistaken spotting for light periods.

“As Mum quickly called Dad to tell him the news, I messaged Kieran. I said I’d had a baby and he was a dad.

“He thought I was joking but then it finally sunk in. He was gobsmacked.

“Sadly he was stuck at work, so he couldn’t come straight away.”

Two hours later, Siobhan’s dad rushed to her side.

Siobhan says: “After five days, I took Oscar home and Kieran finally met him. After that, both our families rallied around us and got supplies. 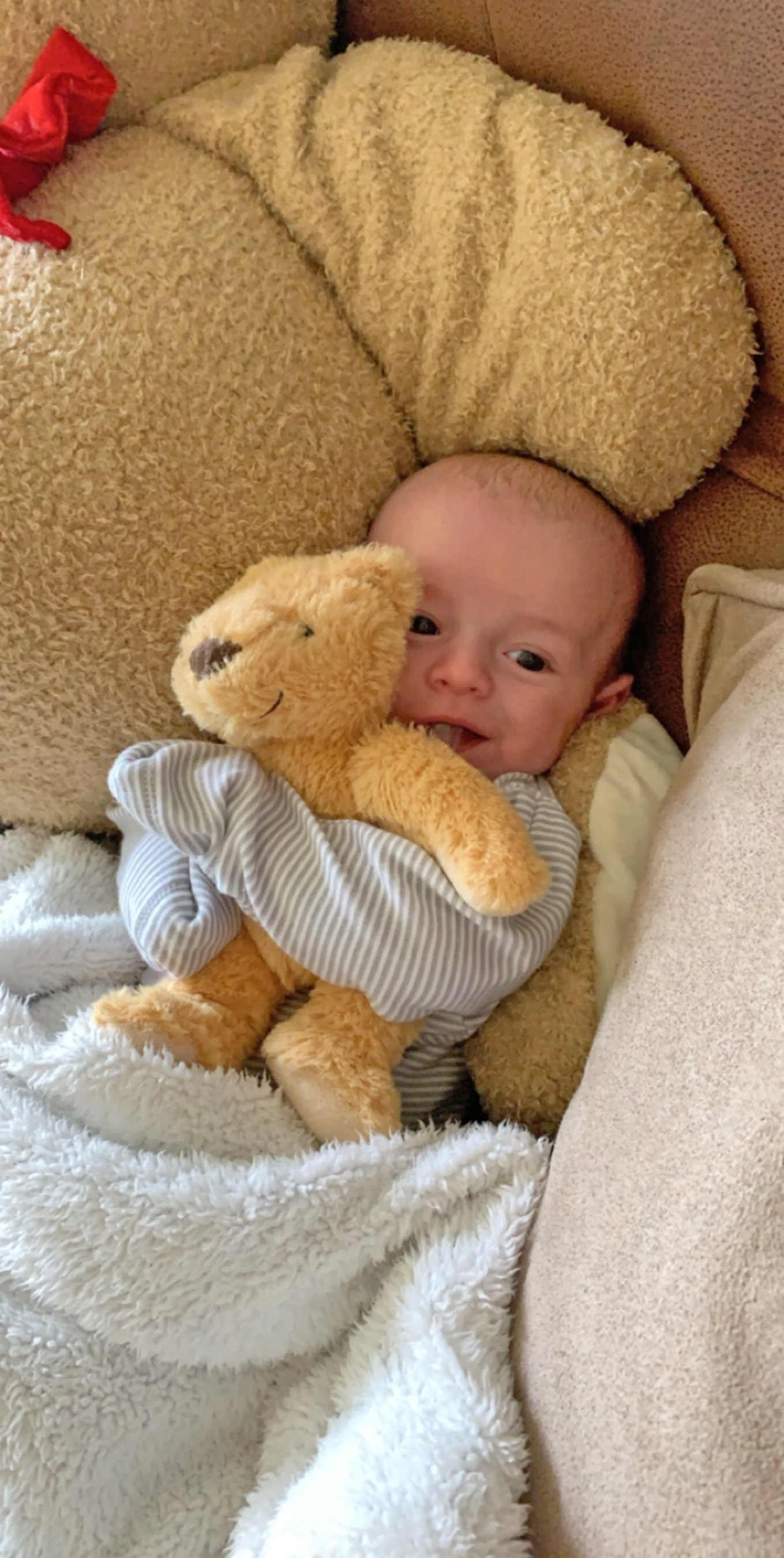 “Kieran really got into being a dad but in time, we eventually broke up. He’s still an amazing father.”

Now, Oscar is 23 months old and he and Siobhan have their own home.

Siobhan says: “I can’t wait to tell Oscar the story about his birth when he’s older. He surprised us all. Now, my mum constantly gets to say ‘I told you so!’”

While this glam mum-to-be applies a full face of make-up while in labour and 10cm dilated.

And this woman had no idea she was pregnant – until she gave birth in the dentist's chair.

Plus this woman had no idea she was pregnant – and was cheerleading at nine months' pregnant.