A TIKTOK college student has taken to the video platform to share her mom’s views on her large breasts.

But this is no earnest post. Instead, the TikToker, going by the name of Flabbing, has great fun at her mom’s expense. 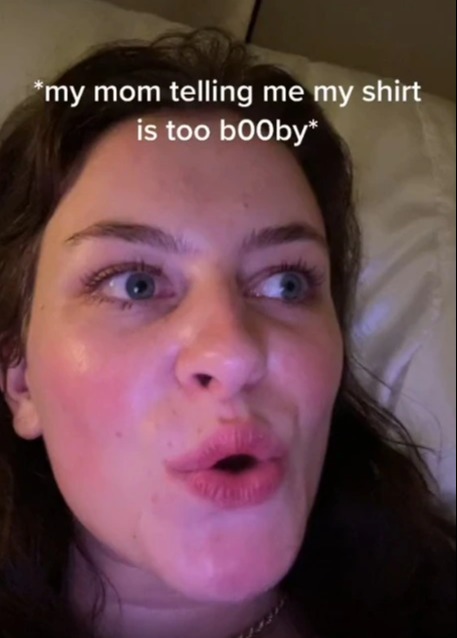 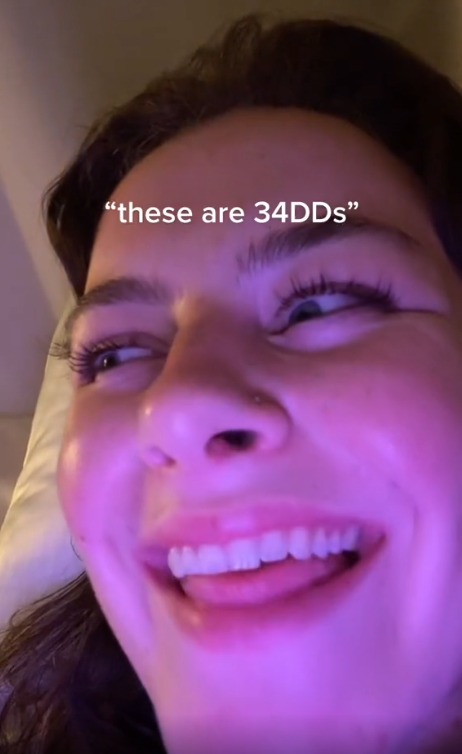 Flabbing’s 34DDs are drawing unwanted comments from her mom. “My mom telling me my shirt is too booby,” she captions her video.

Meanwhile, an audio, Cow Farm by Evan Caplan, plays in the background, mimed by Flabbing.

“Randall, there is cow outside,” says the narrator posing as her mom.

Captioning her videos at the same time, Flabbing can see the light side of things: “These are 34DDs. Everything is too booby.”

Her post attracted nearly a thousand comments. It struck a nerve with many women, whose bodies are routinely commented on because of their bra size.

Some were monumentally fed up and grateful for the light relief her video gave.

And another: “My mom telling me to ‘put those away’ when I’m literally wearing a T-shirt.” 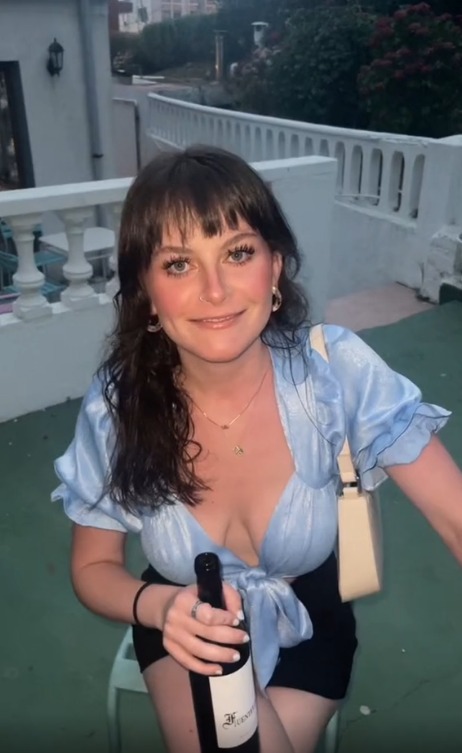 Her post was relatable for even more: “Girl, I have 34Fs and I’m not allowed to be in my own house without a bra. I feel your pain.”

There were more: “Literally yes I relate so much. The amount of times I’ve been dress coded for ‘trying to show off’.”

“Story of my life,” said one, and another said: “I’ve never related to anything more in my life.”

Finally, a thoughtful comment: “Why they gotta make us feel shameful of our bodies tho.”