I let my son, three, use the hob to make dinner & he's a dab hand with the scissors – even my 18-month old is learning

WHILE the thought of a toddler with a Sharpie is enough to make us panic, this mum encourages her three-year-old to cook for the family – even using the hob to whip up tasty meals.

That's not all though as the clever tot's younger brother is learning the ins and outs of the kitchen too – and they both started at the tender age of 14-months. 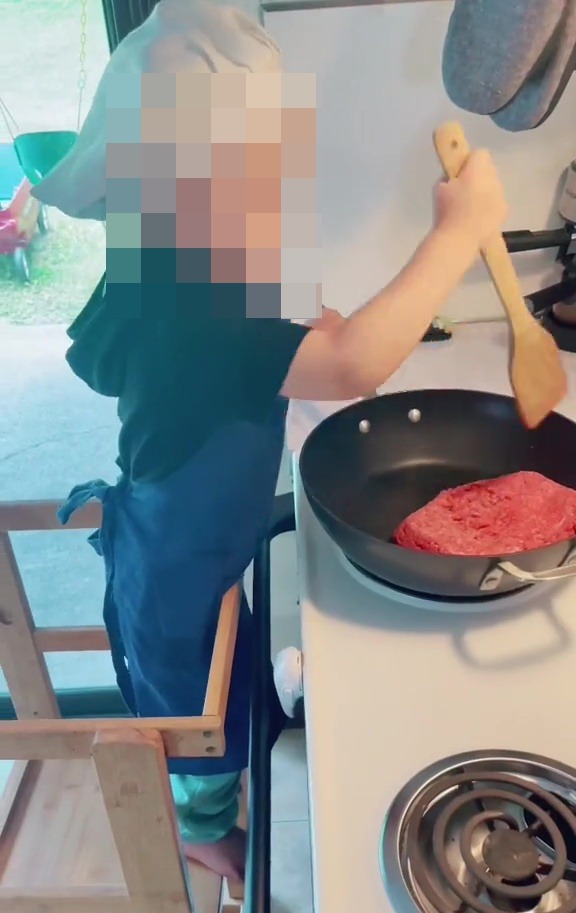 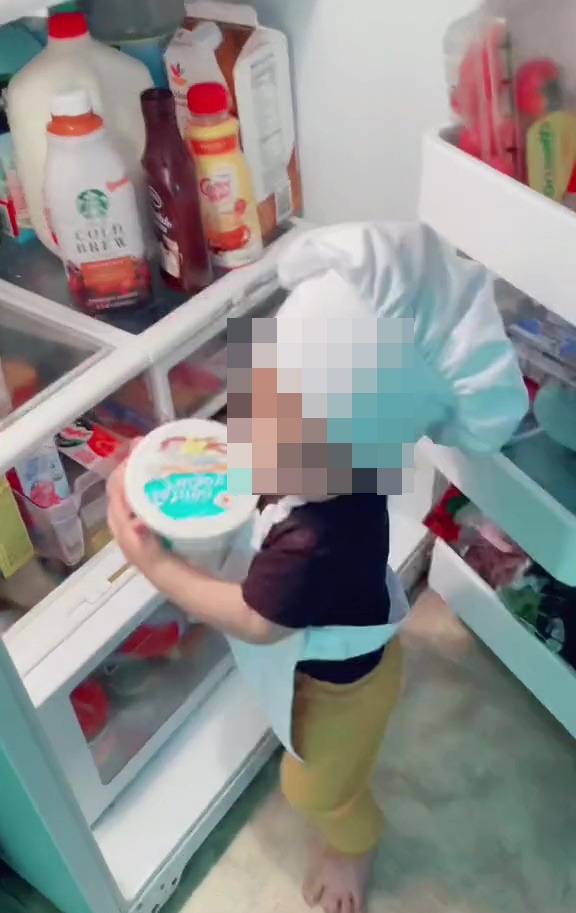 Mum-of-two Laura Love has amassed 1.7 million followers on TikTok thanks to her videos of Carter, three, and Jonah, 18 months, cooking.

Her whole page is dedicated to the young boys cooking up a storm in the family kitchen – despite critics warning it's dangerous.

"We taught him about kitchen safety from the moment he started cooking in the kitchen – which was around 14 months.

"I would tell him, 'I'm holding the handle because this pan is really hot' or 'I'm using the spatula to stir because I don't want to touch the hot pan,'" she said in one of her clips.

But it was only after he fully understood how dangerous the stove can be that she started letting him use it – and he now boils pasta and makes tacos on a regular basis.

In a recent clip, the clever tot whips up tacos for the family using his fully-functional play kitchen to prepare.

Here the three-year-old prepares the cheese and sour cream for the taco filling and even uses scissors to cut up the spinach – all without help from his mum.

He then moves on to the main kitchen where he stands tall on a step, tossing the beef mince around a hot pan until cooked.

We taught him about kitchen safety from the moment he started cooking in the kitchen – which was around 14 months.

"My three-year-old made tacos for the family tonight all by himself, "Laura captioned the clip.

While Carter is a dab hand in the kitchen, his younger brother Jonah is just starting out – and sticks to simple meal prep for now.

This includes things like fruit and yoghurt which encourages “pouring, scooping and mixing"- things Carter also did at a younger age.

In another clip, Laura shows how she guides Carter in the kitchen helping to improve on his skills too.

He helps himself to a tub of blueberries from the fridge, selecting a handful for his bowl after washing them.

He then tops it with some yoghurt, calling on mum for help when he needs, before digging in to enjoy.

Laura previously revealed that she trained Carter with a cold stove top before allowing him to use heat.

Before he ever touched a stove I made sure that he understood the danger that comes with it.

This was to ensure a solid understanding of the dangers involved

She explained: “Before he ever touched a stove I made sure that he understood the danger that comes with it.

“We also did test-runs with the stove off and I made sure that he knew to touch the handle, and not the pan. If he touched the pan I corrected him.”

Even once the cooker was turned on, Laura said she used extremely low heat and was always supervising her son. 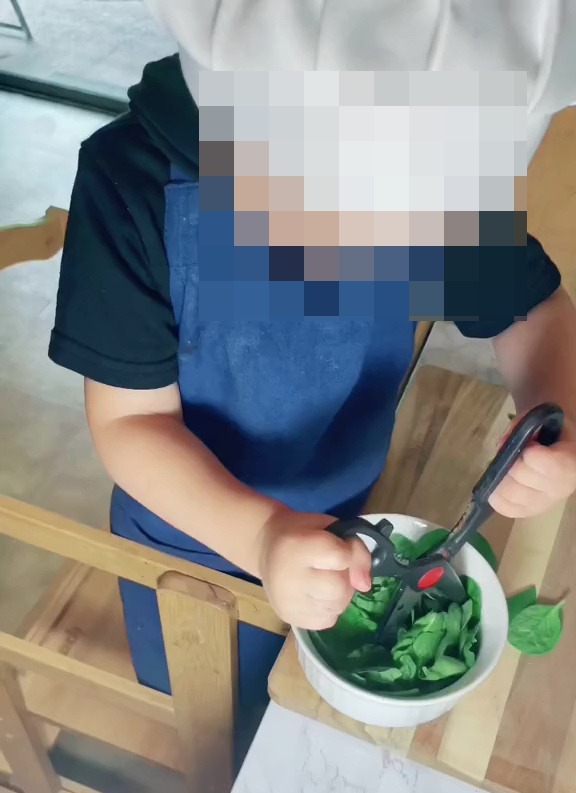 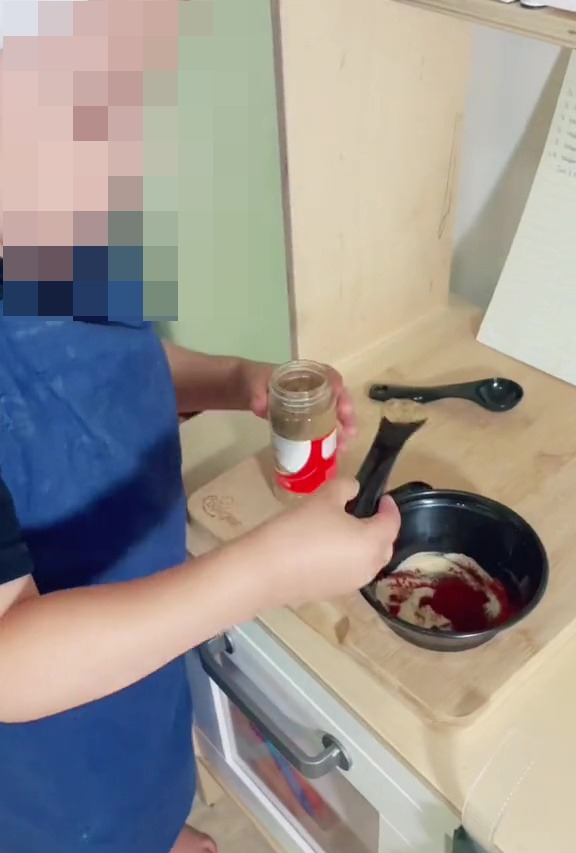 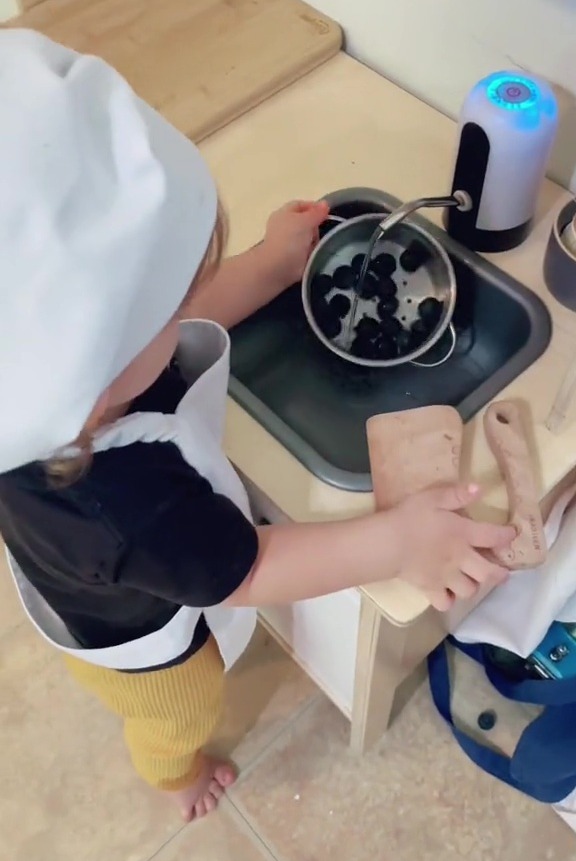 How to safely teach your little chef

For more parenting stories, this mum was mortified as son details how his dad ‘saved her’ – after walking in on something he DEFINITELY shouldn’t have seen.

And this mum made a gorgeous DIY teepee for her kids & all you need is a cardboard box.

Plus this mum admitted she makes THREE different dinners for her fussy family every night – but gets slammed by other parents.