A BRIDAL boutique owner said that the pandemic has caused a whole lot of change to the wedding industry – and some brides don't even collect the dresses they have paid for.

Kasia, who owns a wedding dress store in Chicago, US said that some brides go years without collecting their dresses, but one bride's reason was the most shocking of all. 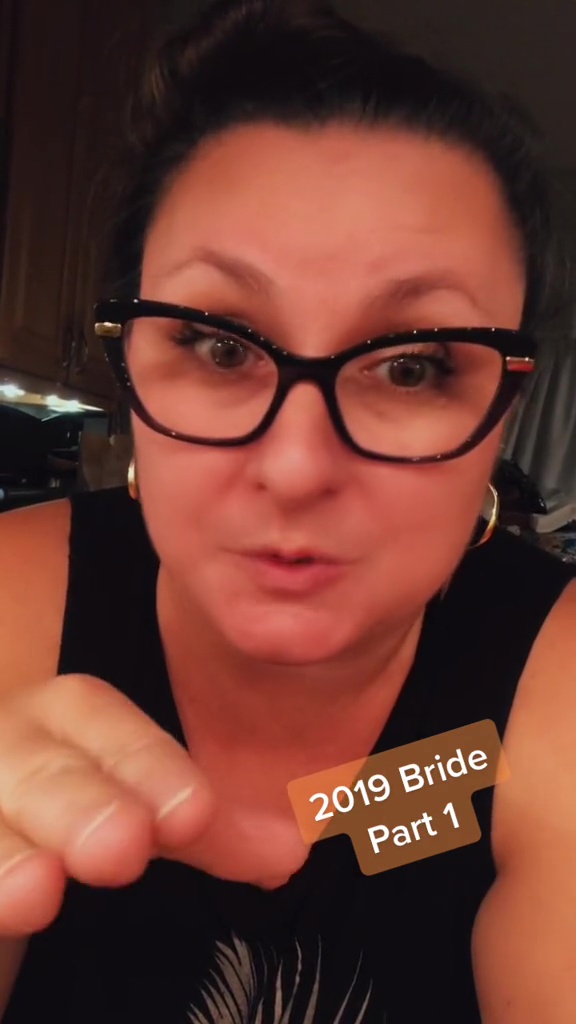 Taking to her TikTok account, boutique owner Kasia, said that in 2019 one bride came into her store and ordered the most expensive dress on offer at the time.

The bride paid the deposit, but Kasia could not get in touch with her when it came time to collect the gown.

"She put down $2500 on the dress, it was the most expensive dress in the selection and she fell in love with it, when she put it on she had to have it. Then the dress came in right before the lockdown happened" said Kasia.

Adding: "So I have this dress and I call the bride and left a messaging saying 'listen the gown is here, I know that thingsare going a little bit crazy right now, I don't know what your wedding plan is but let me know she still had a balance of $1500 on this dress."

The bride never called back, but Kasia presumed her wedding was rescheduled as so many other brides were at that time.

"I have 30 dresses that have never been picked up by brides, and I can't do anything about that. So I'm thinking crap, I have another dress, and this is probably the most expensive one that's going to be hanging here now" she said.

Adding: "I got a call two weeks ago, this is 2021, so since 2019 I've been waiting for this girl to respond. But she didn't call me to come to pick up the dress, she called me to tell me their wedding is called off." 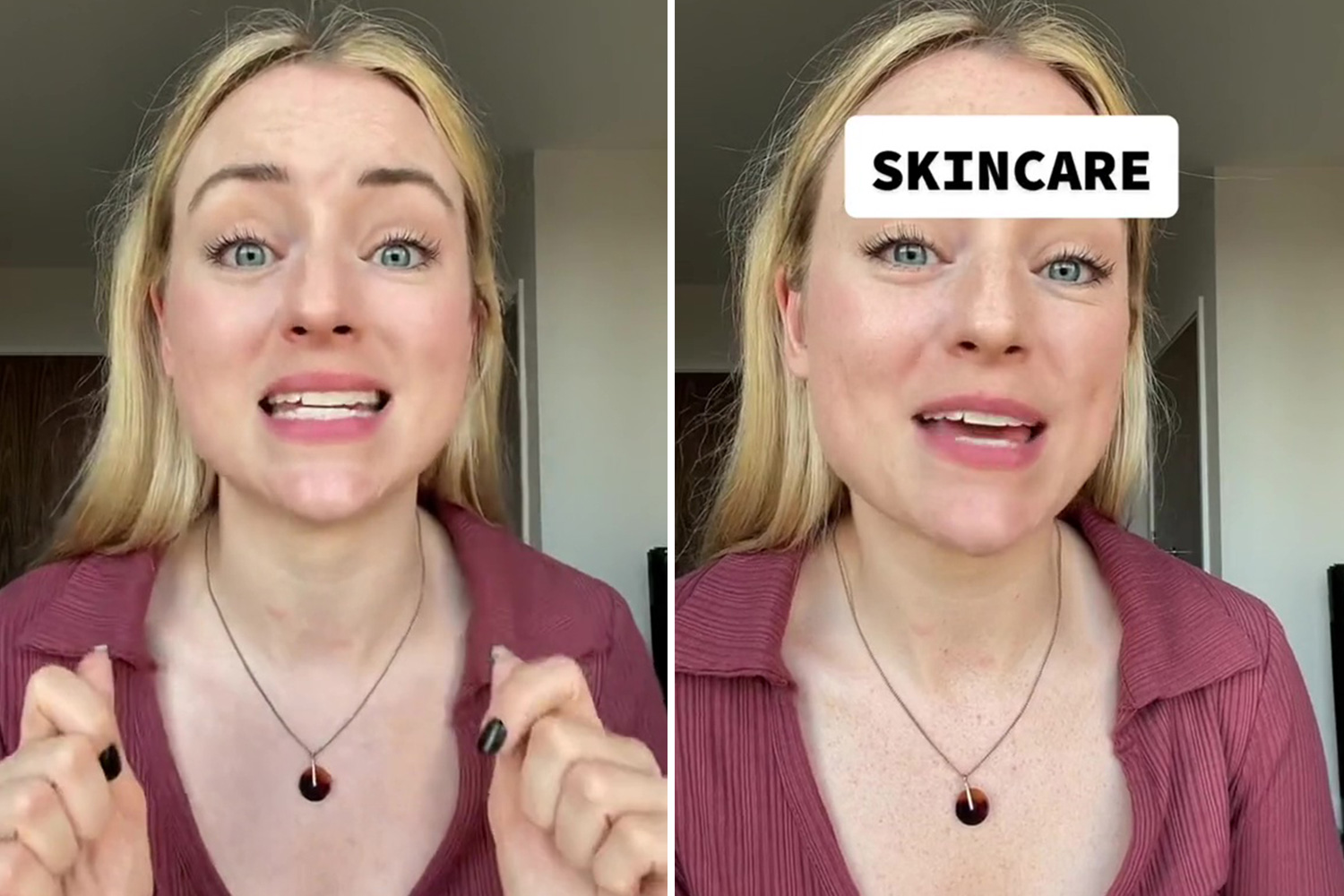 Kaisa then told the former bride-to-be that she could sell the dress for her if that was what she wanted and the woman told her to burn it.

"This young lady had met her fiancé at bible camp when she was 15. They secretly dated up until the age of 19, because her family did not allow her to date. When her mom heard that she was bringing someone home to meet the parents she went nuts" said Kasia.

"And she kicked her out. But she bought a dress in 2019, she is calling me in 2021 with a revelation, someone has told her something. This girl has been planning her wedding until two weeks ago" she added.

In the part two post, she explained that the couple lived five hours apart, but were students and eventually workers at a bible camp that they visited three times a year.

"So when she brought him home mom freaked out. When they met mom went into convulsions, started crying hysterically, and freaking out at the sight of this gentleman. No one could understand what was going on, she was 19" said Kasia.

"So let's do the math. They've been dating since they were 15, he proposed when she turned 21, and that was in 2019 so that means they have been dating for a good seven years. A lot of things can happen in seven years right" she added.

When she brought him home mom freaked out. When they met mom went into convulsions, started crying hysterically, and freaking out at the sight of this gentleman. No one could understand what was going on, she was 19."

The boutique owner explained that the family all got together a few weeks ago to plan for Thanksgiving.

"They started talking about who they were gonna invite, and nobody was gonna invite mom but they wanted to invite everybody so they start talking about the grooms family and guess what we found out," said Kasia.

"Bride found out that she's related to the groom. Apparently, the brides' mom had a baby that she gave up, and the father took the baby. The bride has been dating her half brother since she was 15" she added.

The post has been viewed over 249.9k times and TikTok users have been quick to comment. "So the mother couldn't say anything when they met a few years ago? Yeah, I wouldn't talk to her either" commented one person.

Another added: "Wow so mom was probably still keeping in touch with the dad which is how she ended up at the camp."

"You should raffle the dress and send her the money for therapy. oh my God. How is she keeping it together for day to day life!" commented a third. 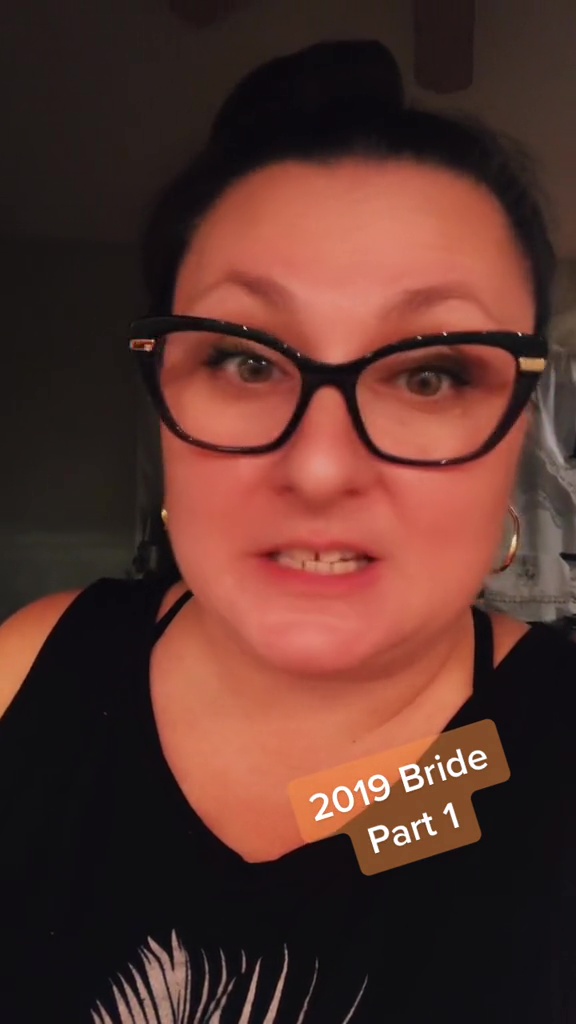 For more wedding, related stories see how one casual dressed groom is shamed for wearing Crocs and shorts to his wedding.

For friend-wars at weddings, see how one bridezilla kicked her friend out of her wedding for cutting her hair -for medical reasons.