I turned my tiny car into a camper with mattress, TV & fairy lights for just £39

CAN’T afford a campervan? A man has shown how he turned his tiny car into a stylish camper and barely spent a penny.

TikTok user Jordan Gold uploaded a video showing how he had added a mattress, duvet and TV inside for road trips. 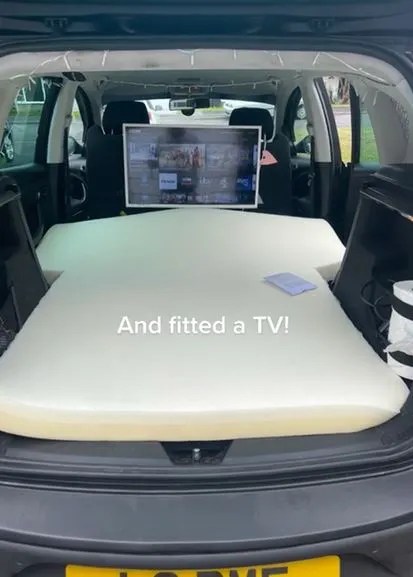 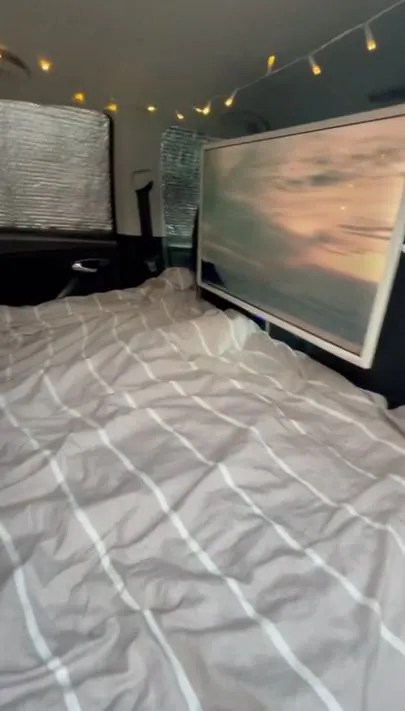 Posting on his @jordydancer96 account, he first showed how he had changed the exterior from a dull red into black for just £34 by painting it himself.

After informing the DVLA of the change, he then set about transforming the interior to be fit for an overnight stay.

He revealed he found a foam mattress topper  for a fiver on Facebook Marketplace and cut it to size so it would fit in the boot and back seats when they were put down.

He then fitted a TV on the back of the front two seats so he could watch movies during his car stay.

He added: “Camping equipment all hidden under the bed.

“I added some window blackouts and some fairy lights.”

Showing off the snug finish transformation he said: “And it’s all done. Ready for some roadtrips.”

His video has racked up over 95,000 likes and many people praised his efforts.

Another added: “Wow I would love to do this.”

We previously showed how a woman transforms Fiat 500 into ‘world’s smallest campervan’ for just £150.

And a man transforms old builder’s van into stunning £39k campervan with tiled shower & smart kitchen – and you can now buy it. 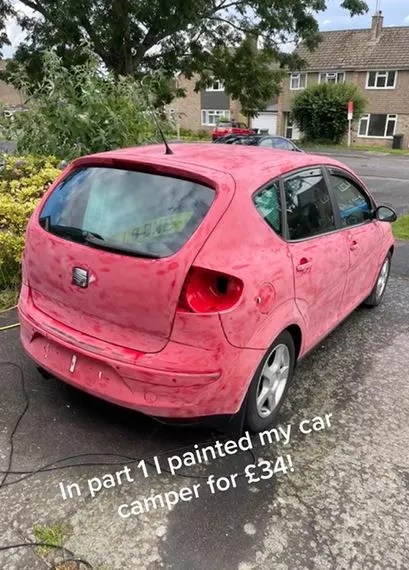 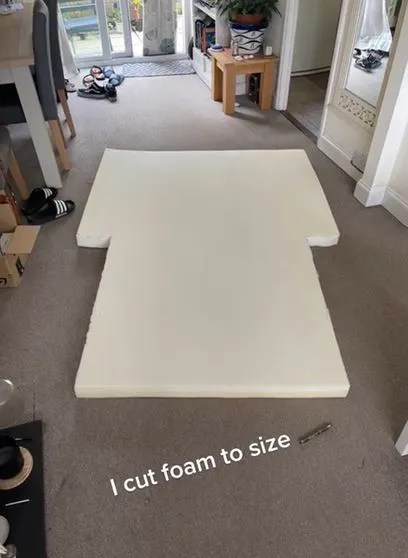 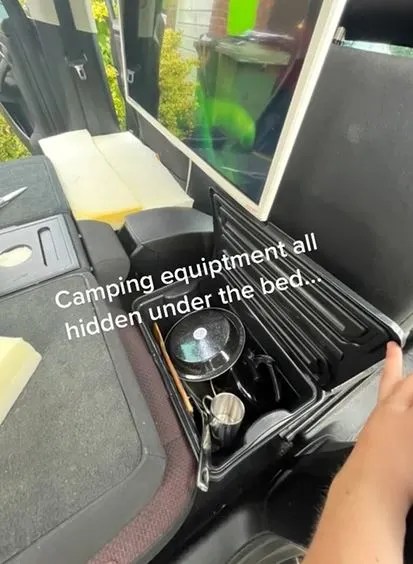