Wallis Simpson was the last American divorcee to marry into the Royal Family, making history long before Meghan Markle in 1937.

This was to prove one of the most shocking love matches of the royals, perhaps of all time.

So in love with Wallis was King Edward that he gave up his throne to marry her.

Not only did this causes shockwaves and scandal, but it set into motion and entirely different course of history.

Were it not for Wallis the Queen’s father King George VI may have never taken the throne.

This would mean the British population would never have had its longest running ruler in Elizabeth II, and Colin Firth may never have one an Oscar or playing George in The King’s Speech.

While many, including Colin, may have much to thank Wallis for, at the time she was hugely unpopular among the British people. People criticised the socialites extravagant style during World War II.

However, Edward and his bride did little to quiet these murmurings of discontent and amassed and huge collection of jewellery worth millions.

One of Wallis’s most recognisable piece is the Flamingo Brooch, valued at £1.5 million.

The piece has a diamond body and feather plumes crafted from rubies, sapphires and emeralds. Edward bought it for Wallis in 1940. 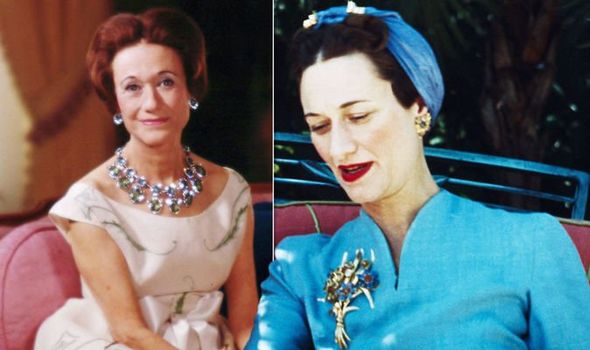 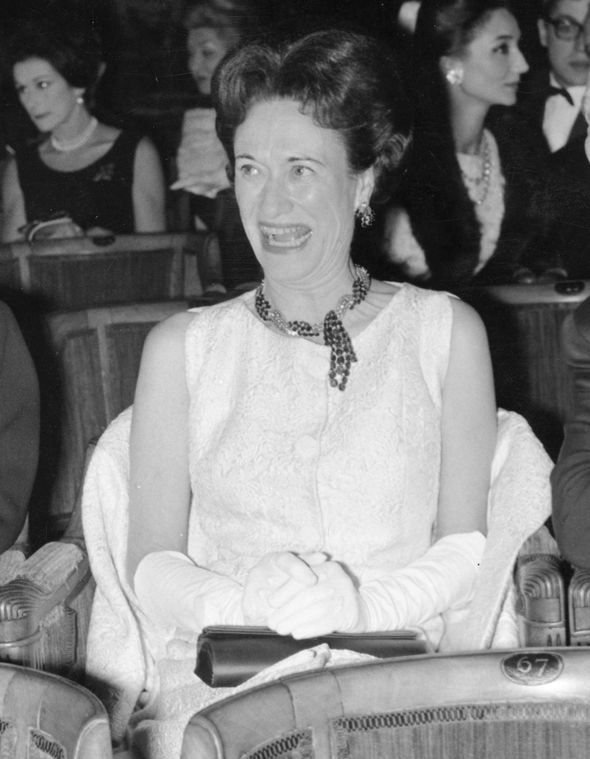 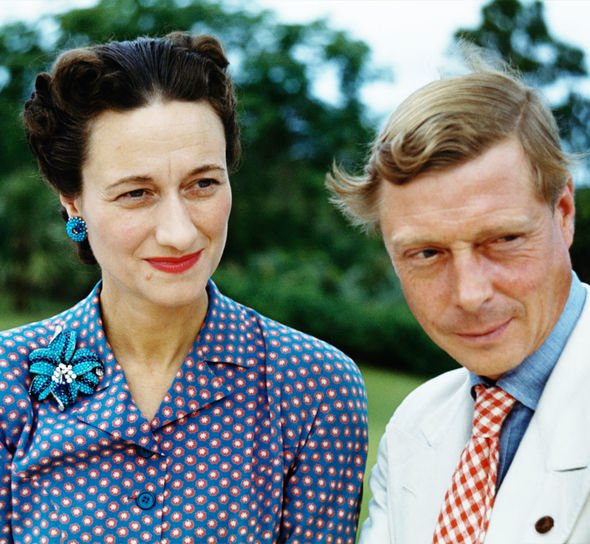 A similarly colourful bracelet was given to Wallis by Edward on their wedding day in 1937. It is a diamond bracelet with nine crosses made up of emeralds, rubies and sapphires. This is valued at £400,00.

Wallis had a penchant for big cats, specifically panthers.

She owned a stunning onyx and diamond panther bracelet by Jean Toussaint for Cartier, worth £1.5m. This was not her only feline-inspired piece of jewellery.

She also owned an a diamond and sapphire panther pin from the French company.

These gems were sold in a 1987 Sotheby’s auction and a whopping £40 million was spent just on Simpson’s jewels. 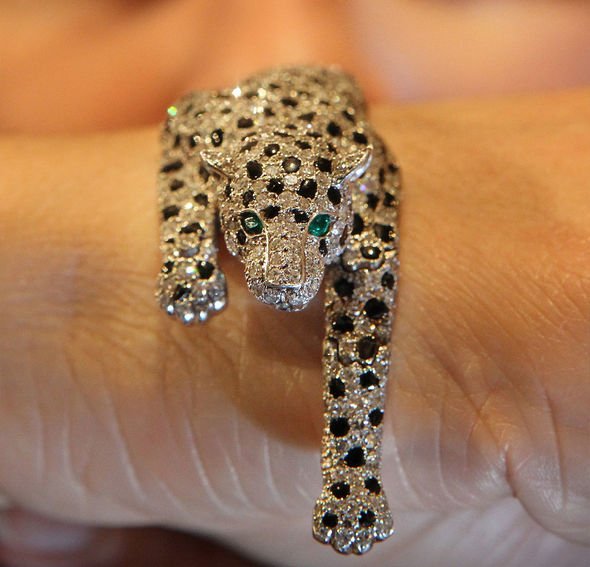 They were bought by the likes of Elizabeth Taylor and Joan Collins.

The huge natural beauty is bejewelled with diamonds and emeralds. At the time of the sale antiques proprietor told Town & Country: “The large natural baroque pearl that’s at the bottom is just fantastic.

“A fresh-water asymmetrical pearl of that size is exceptionally rare, and with its deep lustre, completely unique.”

Wallis Simpson and the Queen had an interesting relationship later in life.

Edward’s marriage to Wallis upset the Queen Mother, who felt the stress of taking the throne caused her husband’s early death, and caused a rift in the family.

The Queen was said to be annoyed by Wallis’s naughty pugs when she visited. Royal historian Hugo Vickers said: “She called in and had tea with the Duchess of Windsor.

“The dogs jumped up and that rather annoyed the Queen because the Queen doesn’t like badly behaved dogs.”