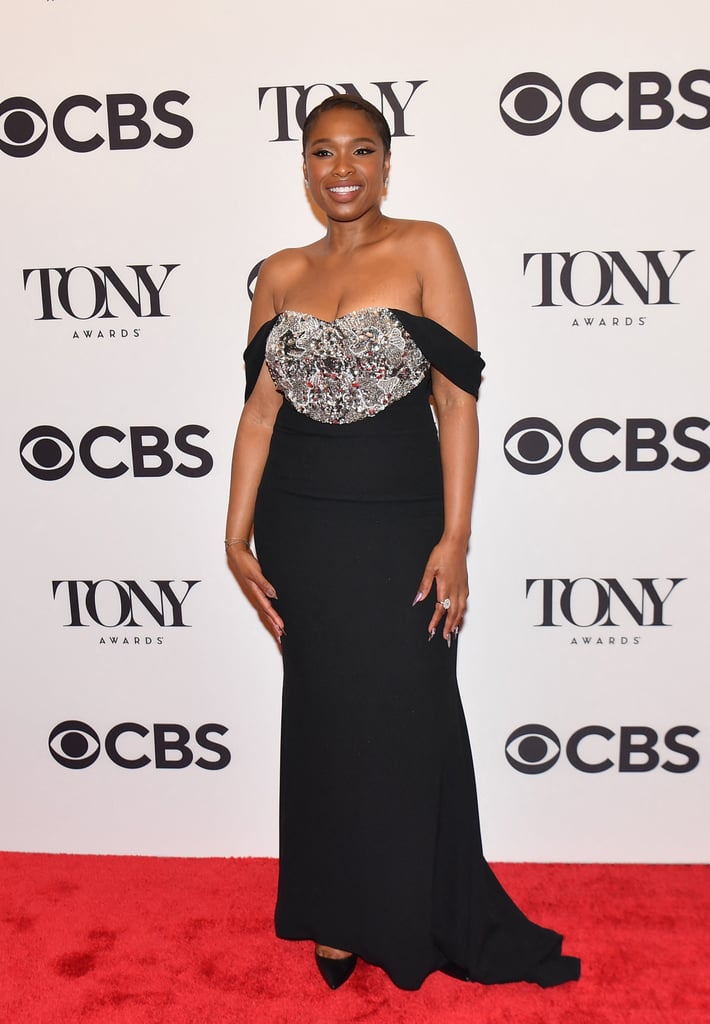 The 2022 Tony Awards felt particularly special on Sunday, June 13, given the extensive closure of live theater due to the COVID-19 pandemic. Broadway’s biggest stars owned the stage at Radio City Music Hall in New York, marking the official return of the industry. Jennifer Hudson had a big night as she joined an illustrious group of EGOT winners, becoming the recipient of an Emmy, a Grammy, an Oscar, and a Tony award.

The actress shimmered in a black Pamella Roland gown with an embellished metallic bustier and plunging sweetheart neckline. The off-the-shoulder design, which is straight from the spring 2022 ready-to-wear collection, flared into a maxi skirt that made for an undeniably elegant entrance. Hudson kept her jewelry minimal, accessorizing with only small crystal studs, a sparkly ring, and dainty gold bracelets. She received the Tony award for her role in producing “A Strange Loop,” which was named best musical at the ceremony.

Other fashionable celebrities in attendance included Ariana DeBose, who hosted the 75th annual ceremony. (The actress actually won an Oscar for her incredible performance in the musical “West Side Story” in March.) Styled by Zadrian Smith and Sarah Edmiston, she made an appearance in a custom black sequin dress by BOSS. The design featured a thigh-high slit, a midsection cutout, and a plunging neckline, finished with a long pendant necklace, a few rings, and a pair of crystal studs by Or & Elle.

Jessica Chastain, who wowed in a soft pink Gucci corseted gown with a train; Vanessa Hudgens, who donned a jaw-dropping Schiaparelli Couture gown; Cynthia Erivo, who looked ethereal in custom Giambattista Valli Couture; Sarah Paulson, who turned heads in a voluminous printed Moschino gown; and the stunning Uzo Aduba in an off-shoulder gilded gown were also at the celebratory event.

Ahead, bask in the glamour of the red carpet looks.