Sun’s out, buns out! Kourtney and Khloe Kardashian made sure their famed behinds got fully tanned in thong bikinis, during sister Kim’s blowout Tahitian island 40th birthday trip.

Kim Kardashian flying all of her friends and family to a private Tahitian island for her 40th birthday celebration has been the gift that keeps giving for Kar-Jenner fans. Every day comes a new set of bikini photos of the sisters, and Kourtney Kardashian, 41, didn’t disappoint on Oct. 30. She posted an Instagram photo next to sister Khloe, 36, as they stood with their thong-clad derrieres to the camera. It was a case of the tallest and the shortest Kardashian sisters together, as 5’10” Koko towered over her 5 ft, 1 inch tall older sis.

Kourtney wore her long brunette locks flowing down her back as the two stood in the white sand with palm trees behind them. She had on a black and white animal print thong bikini, while keeping a black baseball cap on her head to protect her face from the Polynesian sun. The mother of three held a cool drink in her hand for the photo, which showcased Kourtney’s perky tush.  She had previously shared a photo with the stunning bikini in another Instagram photo, minus her sibling.

Khloe chose a leopard print thong bikini, which exposed much of her famed curvaceous backside. The mother of one wore her hair bronde hair long and wavy, as it blew in the breeze. She added dark sunglasses to her face, and turned over her shoulder to face the camera, as Kourtney looked upwards towards the blue sky.

Fans loved the photo, not only for the sisters’ killer bodies, but the fact that they are finally back to hanging out together after some rocky times between Kourt and her siblings that have been shown on Keeping Up With The Kardashians. User @kaymicallef commented, “Ultimate sister goals,” while @aalialvy cheered, “Kourt and Khlo forever.” Fan @ericudiljak told Kourt, “I love that you two have a good relationship now! FINALLY!” 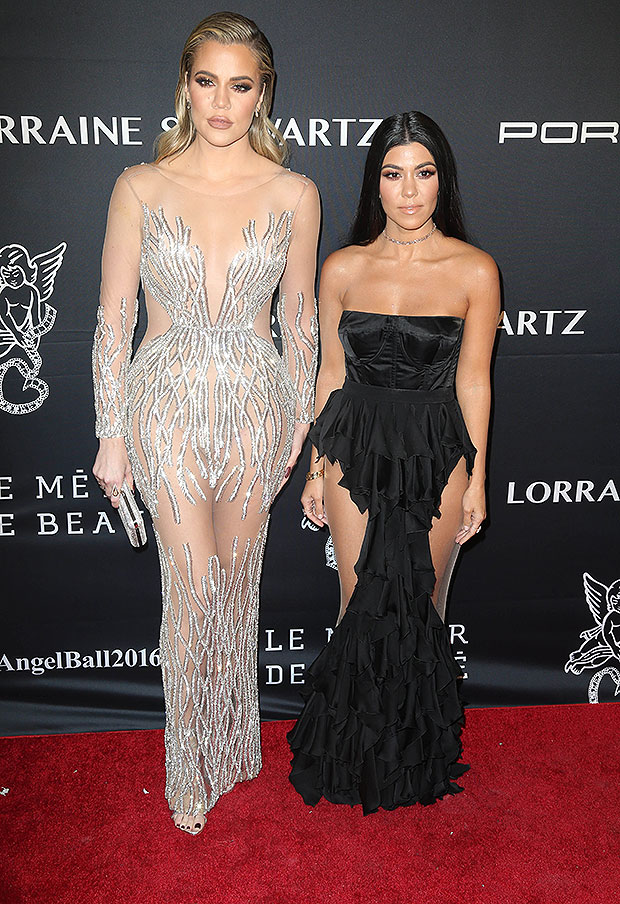 User @allthingsvero pointed out “booty booty booty rockin’ everywhere” in the photo, which Kourt loved by replying with a laughing emoji. Fan @ashley.souliere snarked, “finally not addison,” after Kourtney spent the better part of summer and early fall hanging out with 20-year-old TikTok star Addison Rae. The two became joined at the hip, going on getaways to NYC and Palm Springs together, and Kourtney spent more time with half-her-age Addison than any of her own siblings.

Feeling very very blessed on my 71st birthday! Love you all so much!

Kourt, Khloe, Kim and everyone else from the Tahitian getaway are back in the states now, as the Kar-Jenner sisters spent Oct. 29 celebrating Caitlyn Jenner’s 71st birthday, which occurred the day prior. In an Instagram photo, Kourt and Khloe were on either side of their former stepdad with bright smiles on their face following a dinner in her honor. But there’s still plenty of Tahiti bikini photos from the trip in the sisters’ phones to keep posting on the ‘gram for days to come.