Larsa Pippen continues show off her amazing curves as the internet continues to question her apparent relationship with Malik Beasley. The model took to Instagram on Dec. 7, to share a photo of herself in a pair of tiny jean shorts!

Larsa Pippen is sticking to her usual social media posting, despite backlash over her rumored romance with NBA player, Malik Beasley. The former Real Housewives of Miami star, 46, showed off her long legs in a new Instagram photo on Monday. Larsa, who posed on top of an outdoor bar, wore a black bodysuit that was tucked into a pair of daisy duke shorts.

Larsa revealed in her caption that she’s on “cloud 9,” which is interesting seeing as she’s embroiled in what some would label as a relationship scandal. If you haven’t caught up on the latest Larsa news, you wouldn’t know that she was photographed holding hands with Minnesota Timberwolves player, Malik Beasley, on November 23. They were first spotted hand-in-hand while shopping at a mall in Miami. At first, it was unclear who Larsa’s mystery man was, until he was later identified as 24-year-old Beasley. 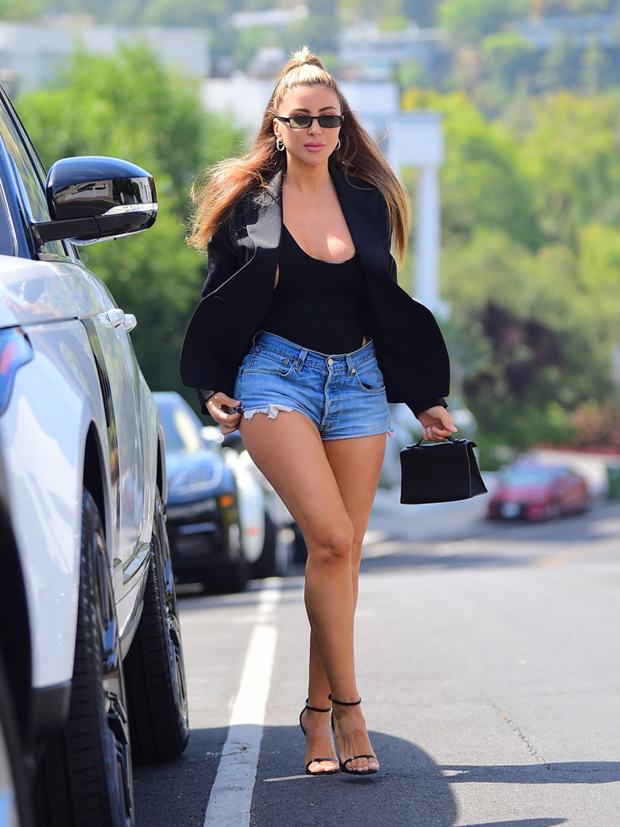