A ‘LAZY’ mum was blasted by fellow parents for serving her kids pasta and peaches for lunch while homeschooling.

The mum claimed she threw something together on their break, dishing up tinned fruit and mini pasta shells on plastic plates. 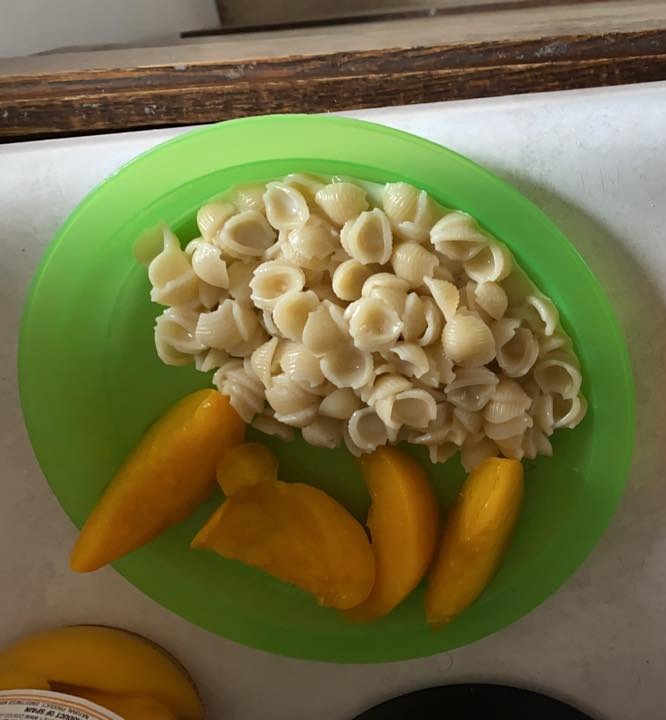 She shared her quick meal to Facebook group Feed Your Family on a Budget, saying: “Lazy lunch for the kids before they get back on computers for school.”

But rather than people admiring her novel food combinations, people reckoned her dish lacked substance.

Hundreds of parents commented on the lunch, with one person saying: “his looks like plain boiled pasta shells and tinned peaches, I never would consider eating them like this, not in the slightest bit appealing, but each to their own.”

Suggesting how she might bulk it out next time, this woman wrote: “Tomato sauce too of course it’s pennies, quick and filling, could always add a few peas and sweet corn too or some more salad bits.” 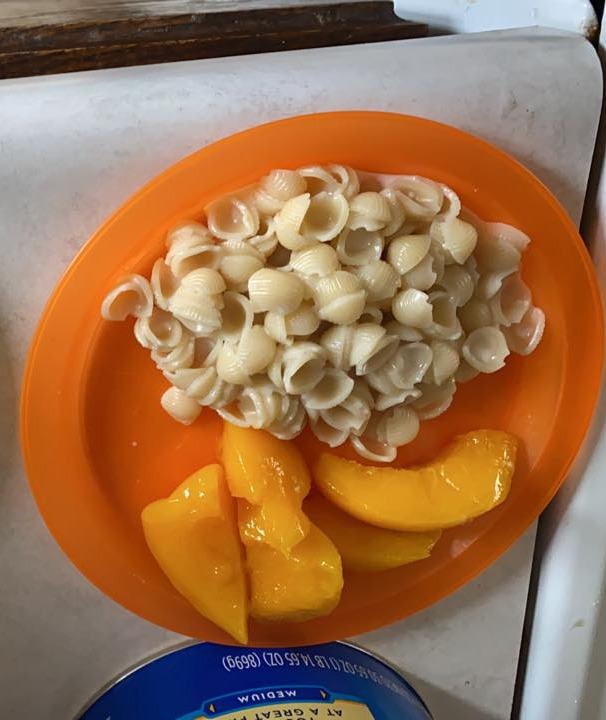 A third pointed out: “I include a protein in every meal. That's a lot of carbs.”

Another mum wrote: “My son would be so confused at this meal. He would ask why I'm giving him his pudding before he's ate his meal lol each to their own though if it works for you and your child then its a win win.”

Some parents defended the mum, with one saying: ““Would love to see the three course gourmet meals all these perfect mums seem to be cooking for their kids seven days a week 365 days of the year.”

Another posted: “It’s feed your family on a budget. Pasta and tinned fruit is about as budget as it gets. People be expecting cordon bleu on this group.”

I include a protein in every meal. That's a lot of carbs

While this mum added: “She said it was a LAZY lunch people. Good frigging grief!!!!”

The mum responded to haters and defended her cooking, saying her kids and fed and healthy.

She wrote: “Trying to get some fruit into the kids.

“I just think it’s funny how people are so negative and judgemental. My kids get food that is made from scratch to avoid all the stuff that is put in processed foods.

“Not all from scratch but a decent amount.My kids eat fresh but some times they do have frozen

“Depending on the fruit they will eat fresh or frozen. When it comes to peaches my son will only eat the jar peaches.”

While this mum-of-10 shows of her whopping $1,199 monthly food haul – and there’s so much stuff it fills her entire kitchen.

And this mum-of-16 reveals what a fridge for a massive family really looks like – including an entire shelf just for eggs.

While this mum shares her intense daily cleaning schedule and people reckon it’s straight out of the 1950s.