LoveShackFancy founder Rebecca Hessel Cohen had never heard of Stripe & Stare until the start of the pandemic, when the founder of the indie intimates and loungewear brand sent her a box of knickers to try out.

“Now I’m obsessed with them,” Hessel Cohen told WWD. “It’s literally all I wear now. They’re the softest underwear ever.”

In fact, Stripe & Stare’s unmentionables may be made from beechwood trees, but the British-based brand still has some of the softest undergarments on this side of the pond. That’s because each piece is made from sustainable Tencel MicroModal fibers. 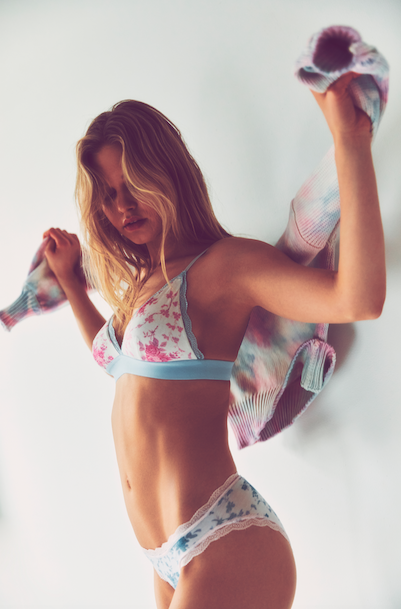 Katie Lopes, cofounder and creative director of Stripe & Stare, was equally thrilled to be working with her favorite brand.

“I first saw them when I was a buyer in London and I’ve loved them ever since,” said Lopes, who is based in Devon, England. “Their prints are so uplifting and joyful. Everyone had a really tough year and this collection is all about spreading joy and being uplifting in uncertain times. People can get a little lift in their moods in what they wear around the house.”

The 19-piece limited-edition collection — which launches Tuesday at LoveShackFancy stores, loveshackfancy.com and stripeandstare.com, as well as select retailers, including Shopbop, Saks Fifth Avenue, Bloomingdale’s, Revolve and Neiman Marcus — combines LoveShackFancy’s signature prints and color palette with Stripe & Stare’s sustainable fabrics and silhouettes on a selection of knickers, bralettes, bed vests (tank tops), slips, robes, sleepwear and loungewear pieces. There’s also two sleepwear prints that come in child sizes, for the matching mommy-and-me look. The end result is the same vintage-inspired feminine optimism that has made LoveShackFancy a cult favorite. Only this time it’s in the innerwear world. 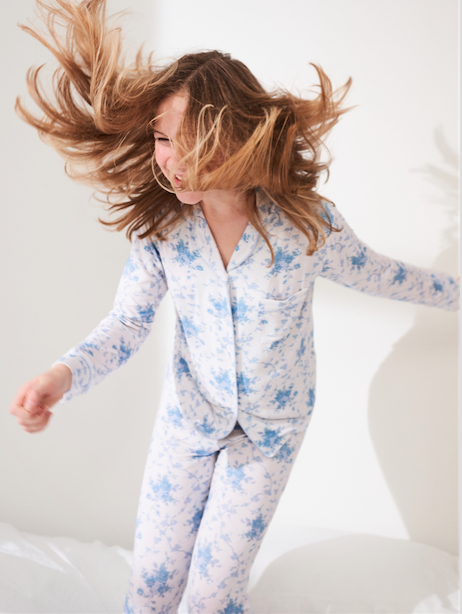 “Now we have underwear in different LoveShackFancy prints and in May we’re coming out with LoveShackFancy bedding and then we’re launching LoveShackFancy wallpaper at a later date,” Hessel Cohen said. There’s also bridal, swimwear, activewear, face masks and home goods, among other items.

“So, you can match your LoveShackFancy dress to your doll to your wallpaper to your daughter if you want,” she added. “They’re all the same prints. It’s a very full picture of the vision, of the lifestyle of LoveShackFancy.”

Meanwhile, LoveShackFancy and Stripe & Stare continue to grow despite a challenging retail environment. For LoveShackFancy, Hessel Cohen said sleepwear is one of the fastest-growing categories. The brand launched a collaboration with Morgan Lane in December, but has also had partnerships with Target, Superga and Aerin Lauder. In addition, LoveShackFancy continues to grow its retail fleet.

Stripe & Stare has had an equally impressive year as the intimates market continues to grow with consumers hunkering down at home for months on end. The brand’s gross revenues grew by 450 percent in 2020, compared with 2019.

“The U.S. is now our biggest market,” Lopes said. “It was a phenomenal year for us. It was a bit weird, too, because it was so tough for everyone else.” 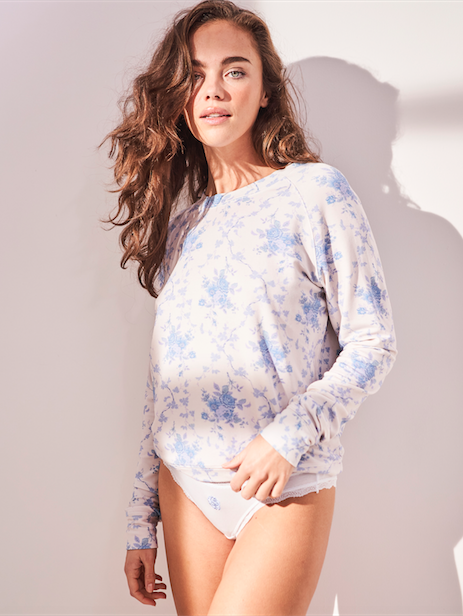 The LoveShackFancy x Stripe & Stare collection ranges in price from $60 for the knicker and thong sets to $150 for the loungewear pieces. Sizes start in XS up to XL and 1 to 10 for children.

“The pieces become like collectors items,” Hessel Cohen said. “It’s like candy, like you’re picking candy from the candy store. You start collecting them and you want more.”