MEGHAN Markle stepped out in New York this week in a red Carolina Herrera gown for a Veterans Day gala in New York.

She may have looked stunning in the red dress, however on closer inspection it seems that it didn’t exactly fit like a glove. 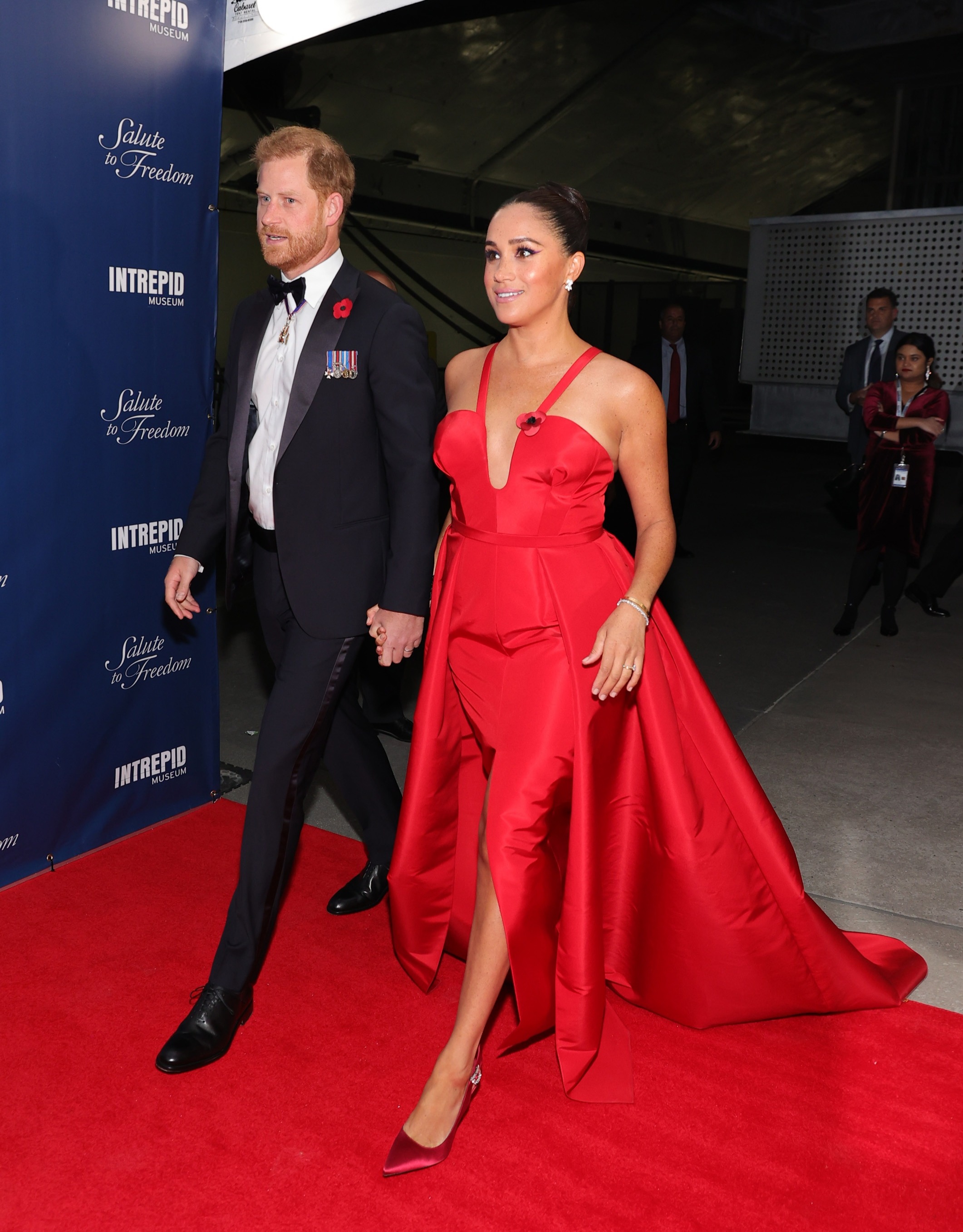 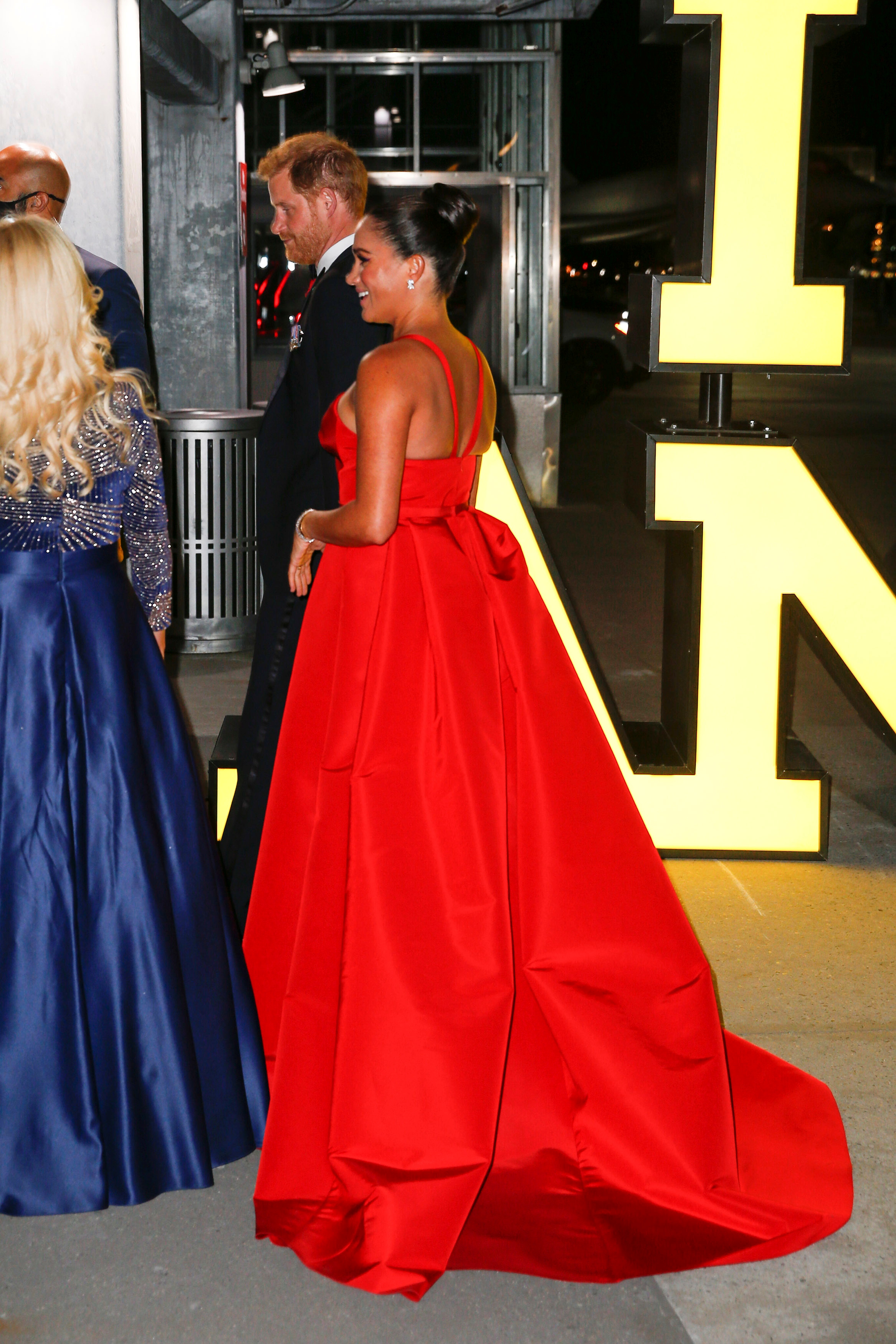 With excess fabric around her ribs it also looked like she was cinched in too tightly around the back.

Whilst she may be one of fashion's most influential celebrities, with a full glam squad at her beck and call sometimes even Meghan misses the Mark-le.

And this isn’t the first time Megs had a little fashion faux pas.

Here, stylist Abby McHale takes a look back at all the times Meghan has had a fashion mishap.

Back in 2018 during a Royal tour of New Zealand, Meghan stepped out in a red Self-Portrait dress.

Whilst the dress may have been lovely on, she forgot one key detail – the tag.

Sticking out at the bottom of the dress it was visible for all to see, if she wanted to return to the store after she might have tried to hide it a bit better. 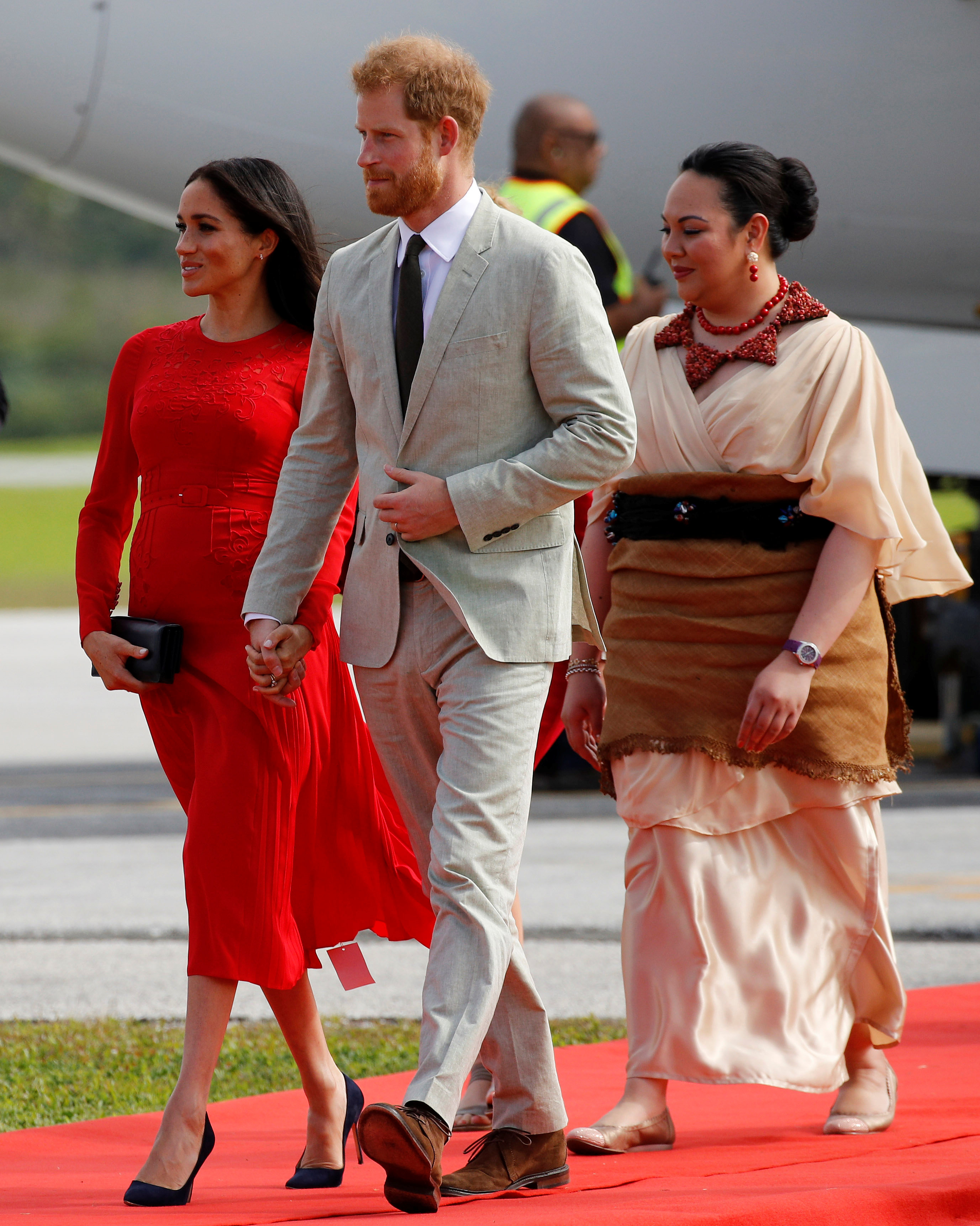 March 2018 Meghan was on an outing in Birmingham and eagle eyed fans noticed the stitch was still sewn into the back of her coat.

Tailored coats often have a stitch in the back at the bottom to keep them intact during transit and when in store.

However, once purchased you should remove the stitching – something sadly Meghan and her team forgot to do. 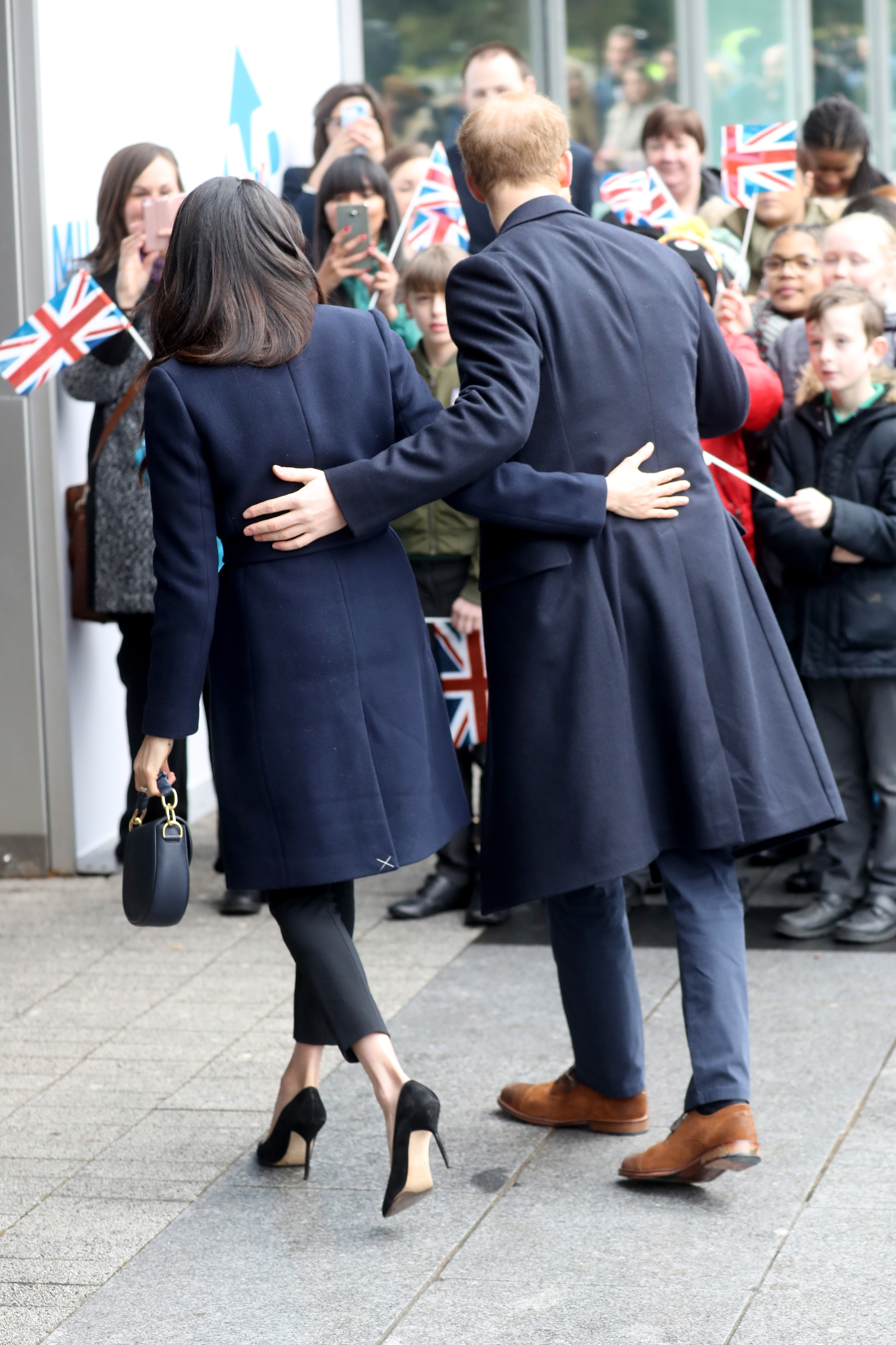 In October 2018 during the final day of the New Zealand tour the 40-year-old wore a pleated skirt by Givenchy, which was a lot more revealing than she may have anticipated.

Luckily she had a pair of rather large knickers on underneath, saving her from any further embarrassment.

These days sheer has become quite a trend, so maybe she was just ahead of the curve. 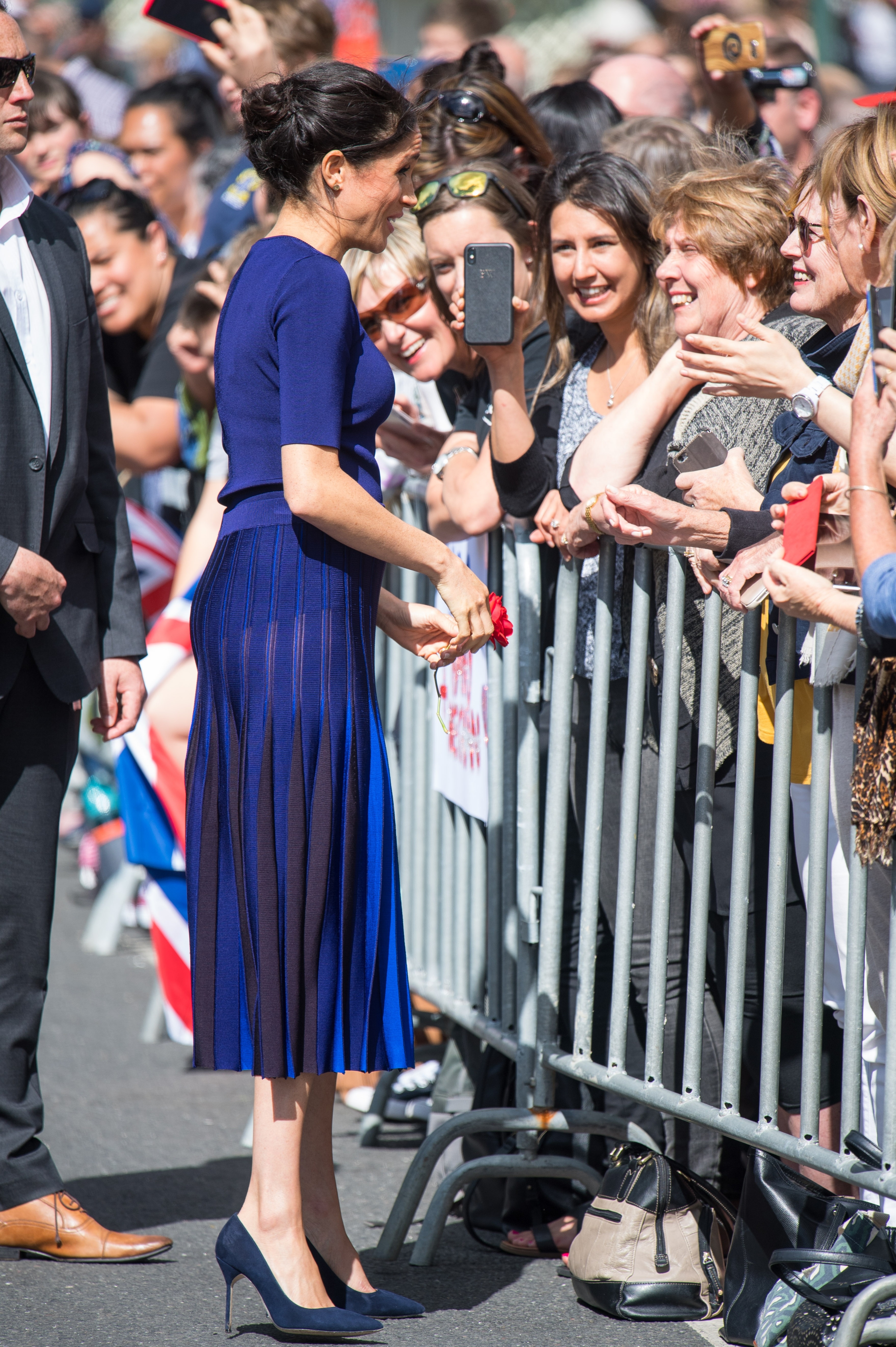 Getting the right size bra can often be tricky and during a trip to Dublin in July 2018 Meghan was having a bad bra day.

Wearing a chic grey Roland Mouret dress with a boat neckline, Meg’s strapless bra cinched in a little snugly, making it visible through the dress.

Hopefully Meghan learned from the incident and opted next time for a seamless strapless bra. 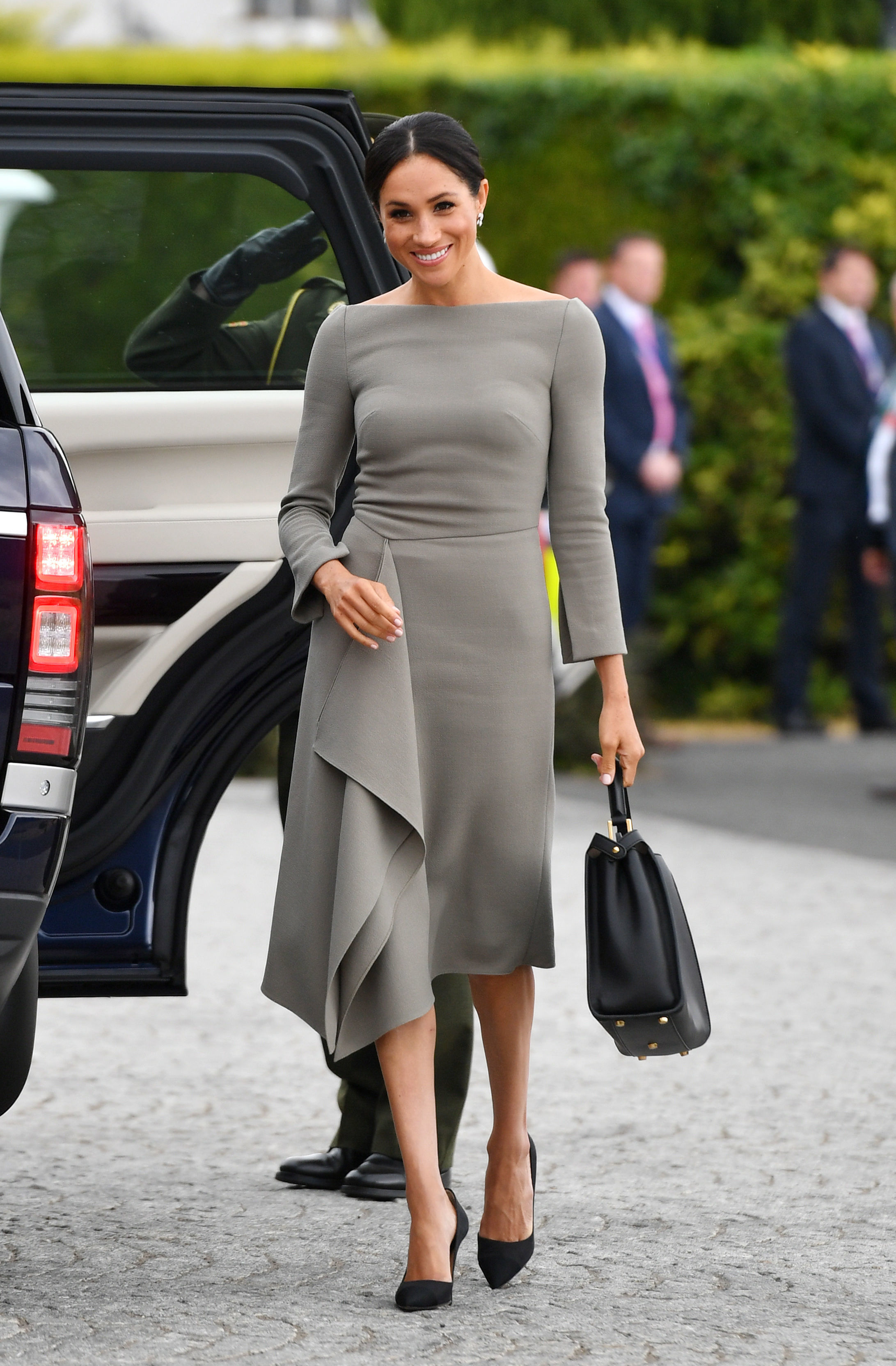 There have been a few occasions where it seems Meghan has forgotten to take an iron to her clothes before heading out.

Even her wedding dress had some creases in.

However, much of this is down to her choice of fabrics, but when you want to be putting your best foot forward, opting for crease free fabrics is best.

Here Meghan is in January 2019 in a £2,600 coat from Oscar De La Renta in a pretty creased coat – for all that money you’d think she’d want to whip out the iron. 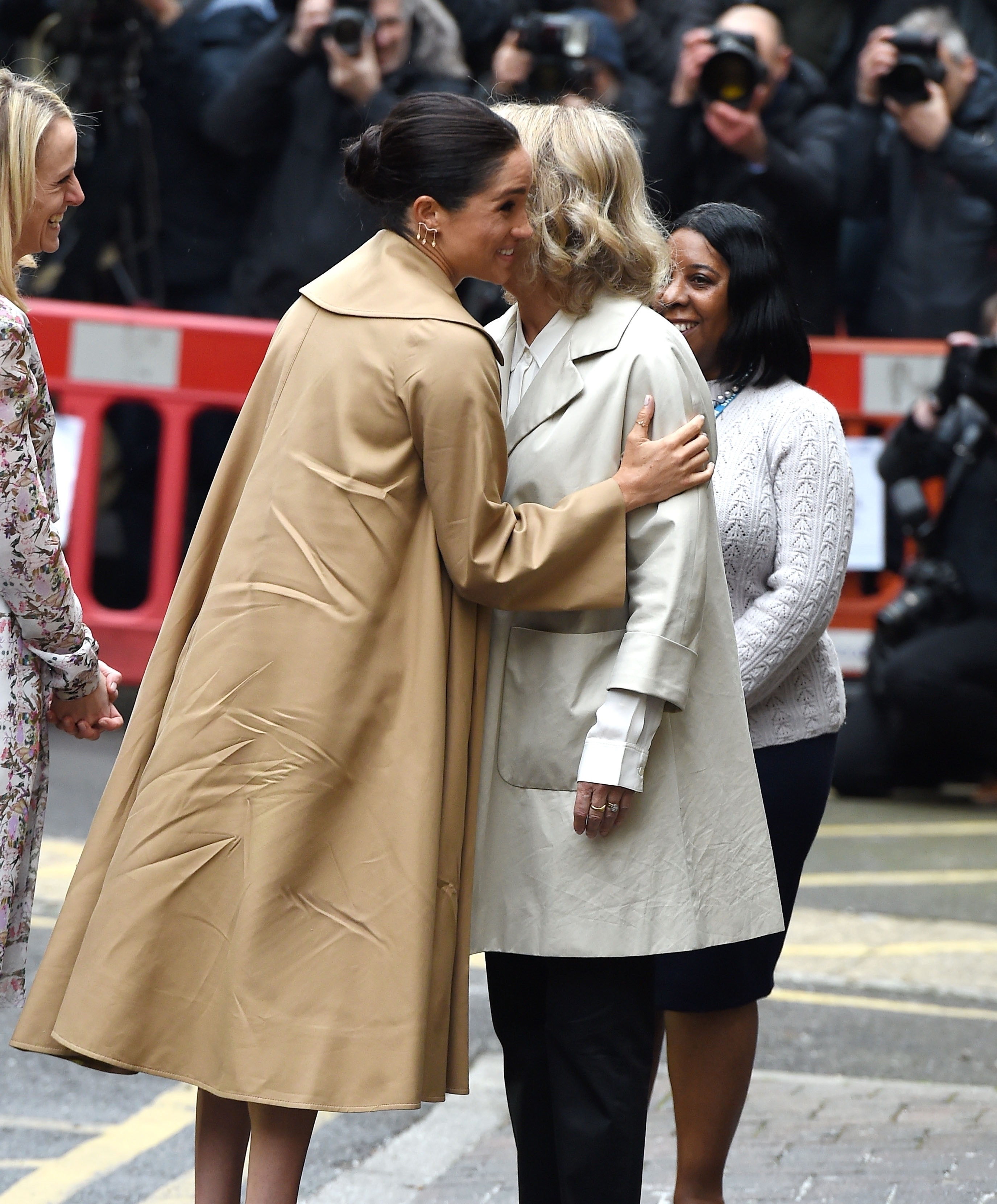 Stiletto heels and grass do not go together, as after sinking into the mud you’re left obviously with a dirty heel.

Meghan however forgot to clean hers back in April 2018, leaving her expensive Manolo Blahnik heels covered in mud whilst she attended an Invictus Games reception in London.

All it would have needed was a quick wipe so it didn’t look like she’d come straight from the muddy fields of the Sandringham estate. 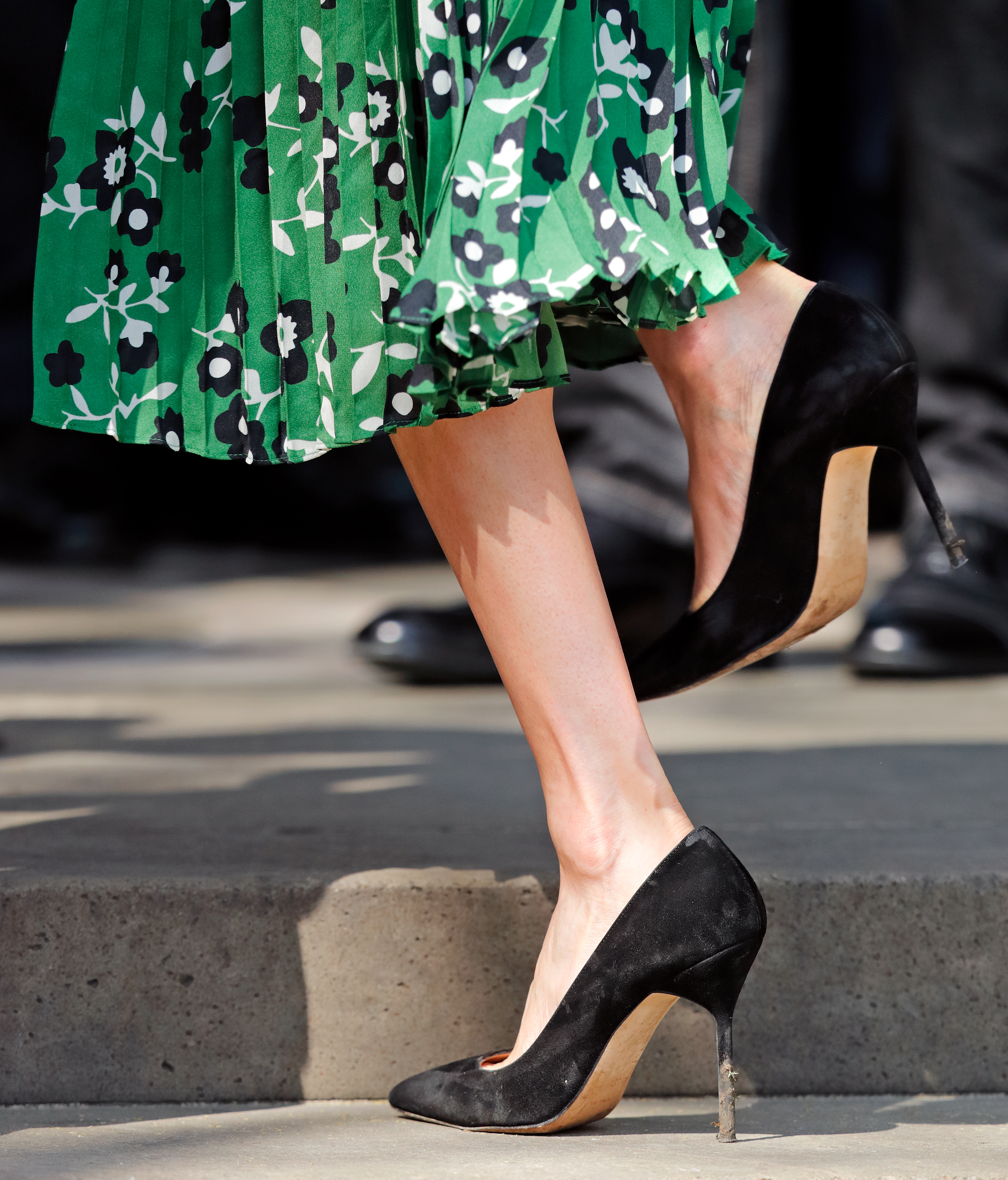