A mum-of-two looking to declutter posted her daughter's toy mirror for sale on Facebook, but later realised it looked like something VERY rude.

Sophie Baldwin decided to tackle her children's overflowing toy box a couple of weeks ago and posted on a local social media group offering the pink mirror and dressing table for free. 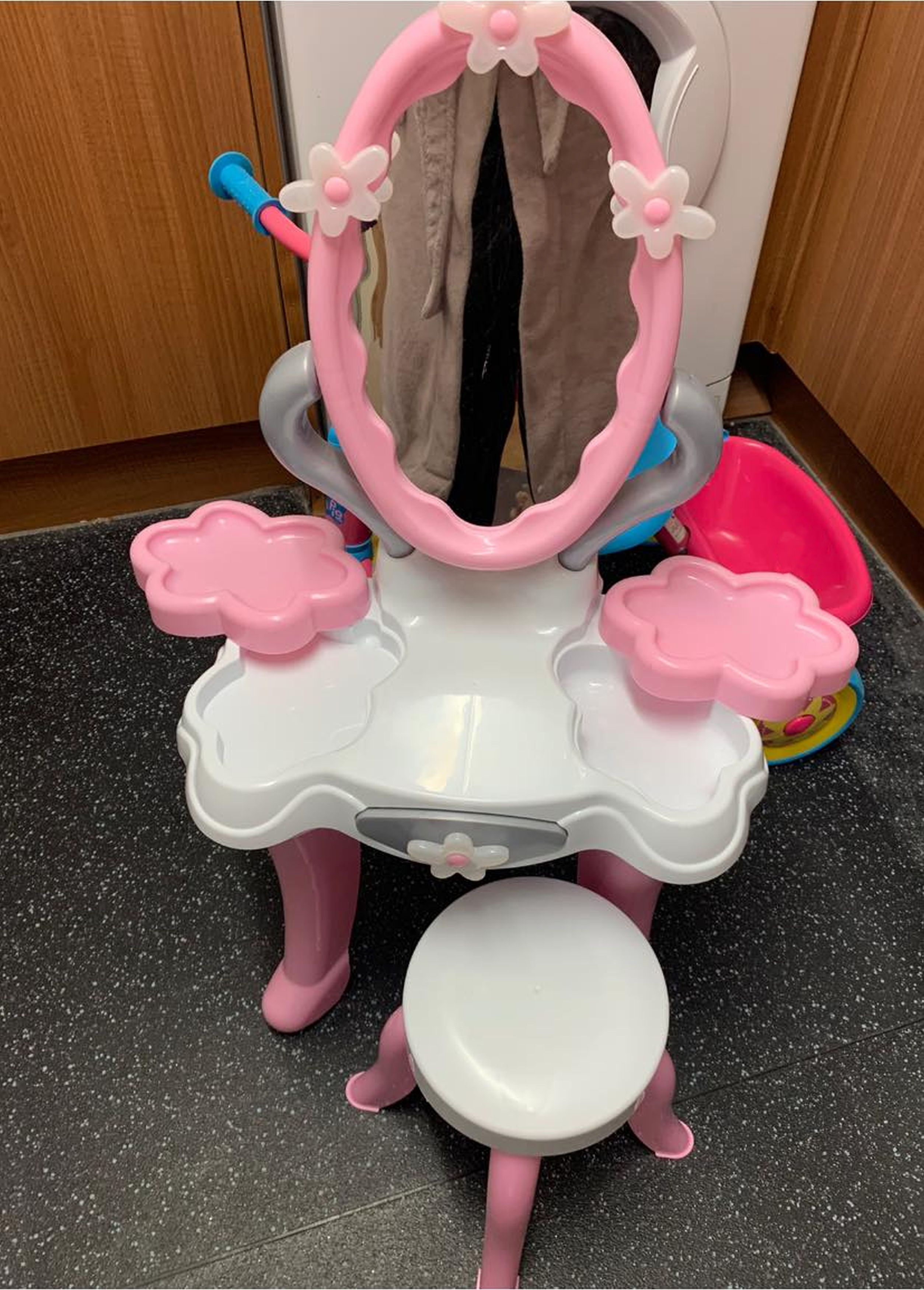 Not realising it at first, the 25-year-old watched in confusion as a string of tongue-in-cheek comments appeared under her picture – with one man claiming he was surprised her image "got through Facebook's nudity filter".

The ball finally dropped when the stay-at-home mum realised the edges of the woollen house coat she was wearing while taking the snap inadvertently created the shape of a woman's nether regions.

One commenter even joked the flower at the top of the mirror could be "educational for the dads".

Now Sophie claims she was '"cracking up" after realising the flower and dressing gown looking like the shape of a lady's genitals. 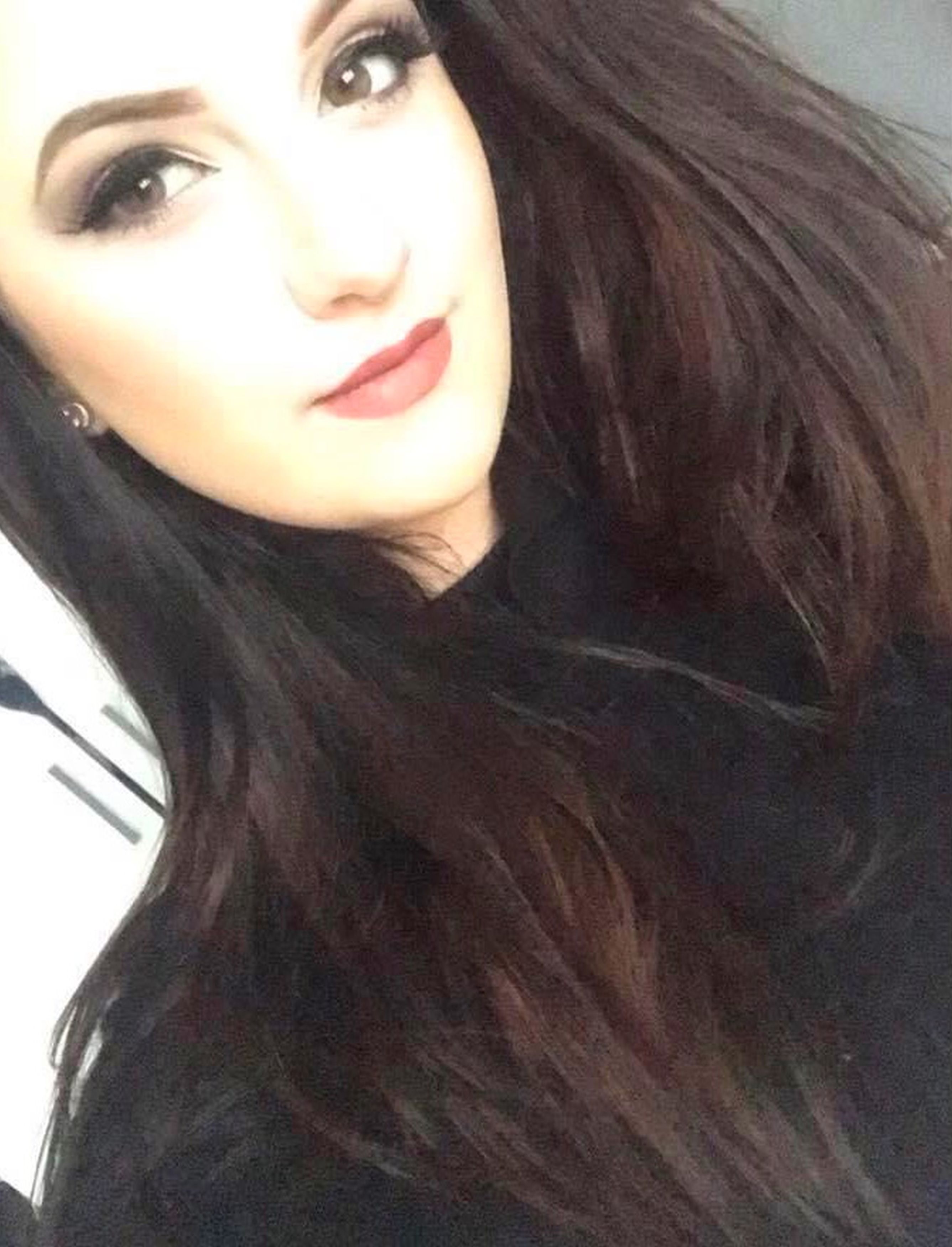 Sophie, from Anerley, south east London, said: "I was literally traumatised. I was cracking up.

"I joked about setting up an OnlyFans page. I thought I'd keep the laughter in the air and continue with the comments.

"The memory of [the kids'] toys will be jaded by the filthy picture.

"It's light-hearted banter – it was so funny. I [won't forget it] for quite a while."

Sophie's daughters Erin, eight, and Amelia, four, had been lucky enough to get lots of toys for Christmas and their toybox was overflowing. 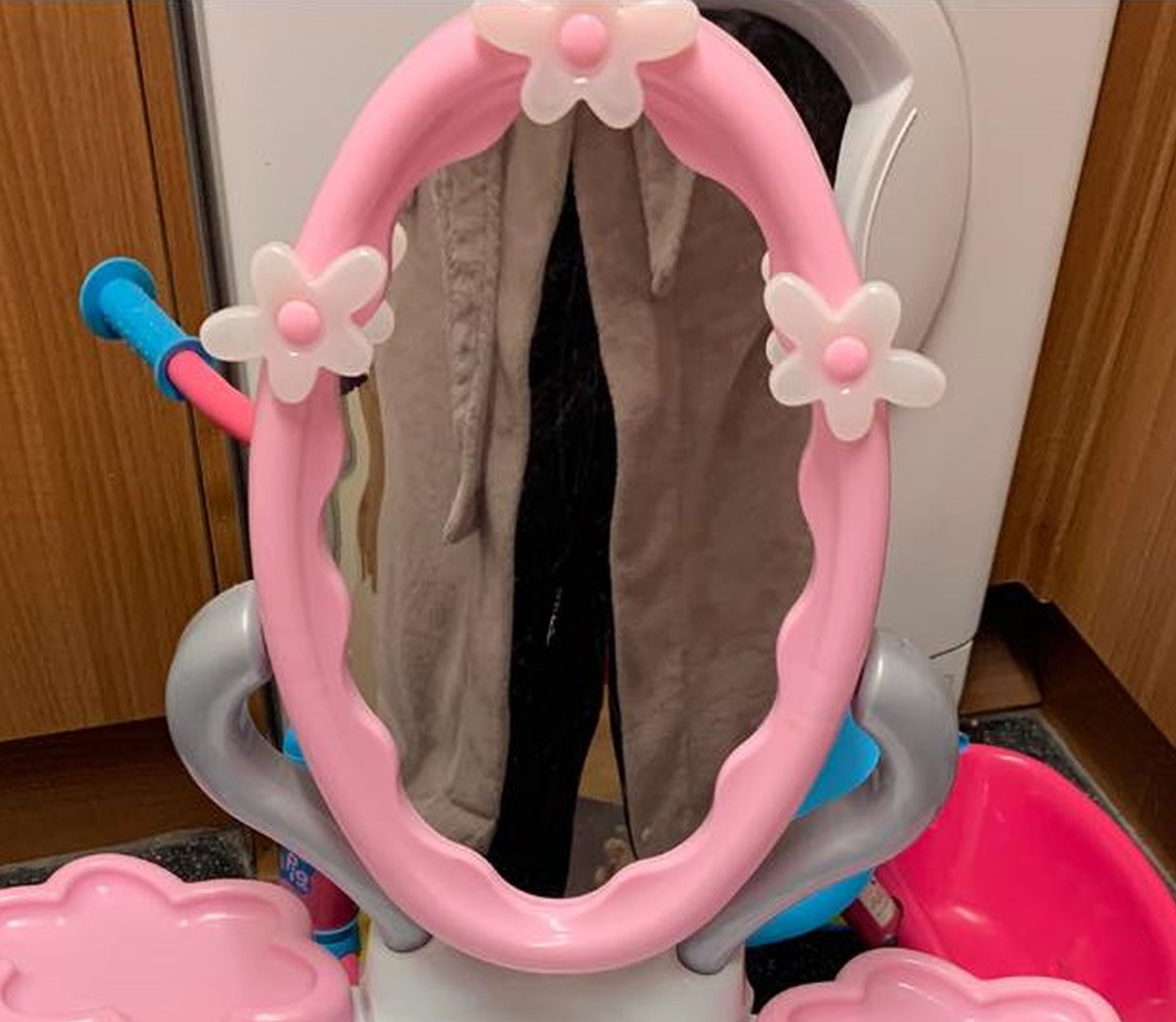 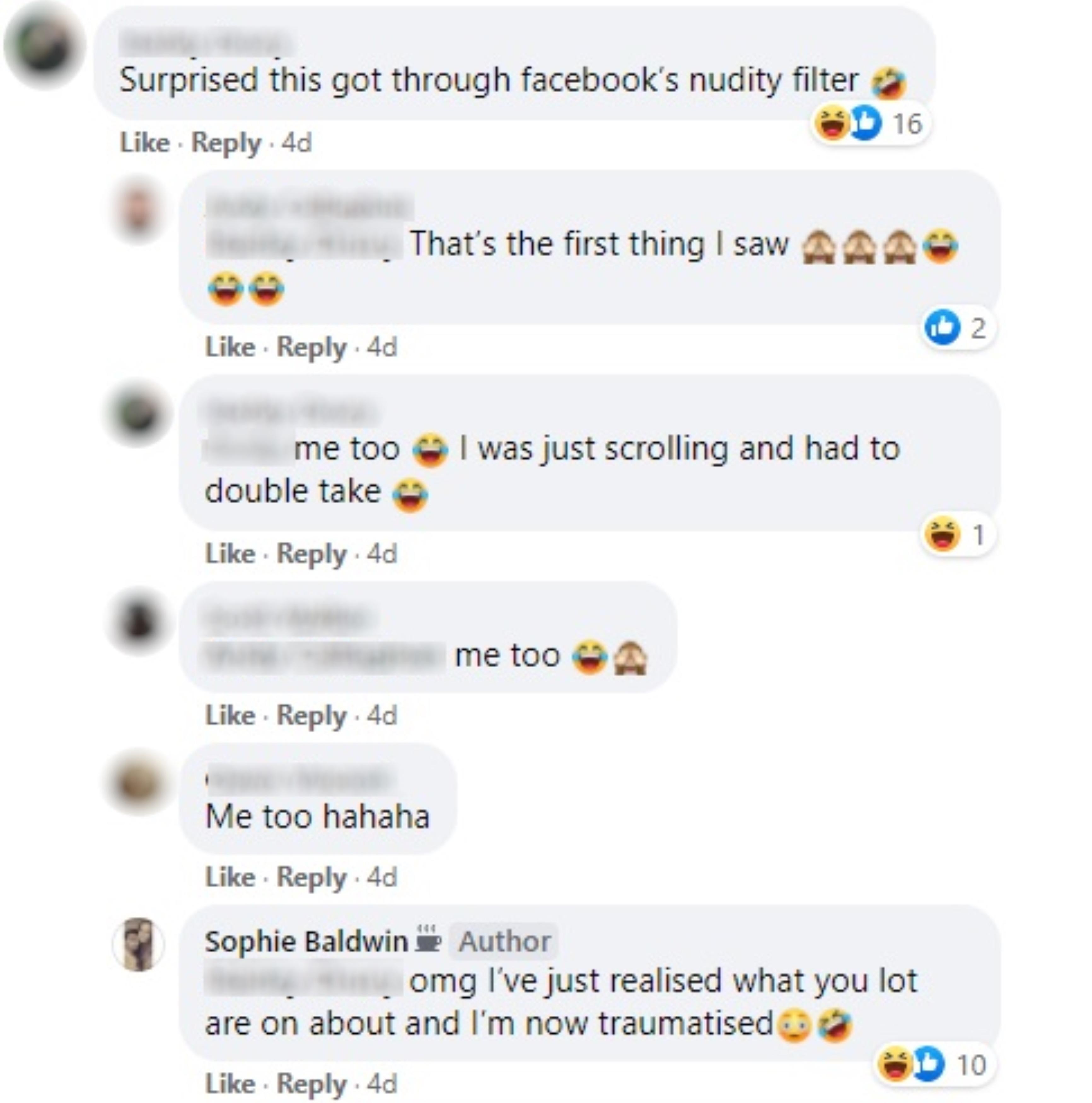 The girls had long grown out of their mini dresser, so Sophie decided to pass it on to someone else.

But she didn't expect her seemingly innocent picture would attract jokes about the adult entertainment industry.

Sophie said: "I was decluttering the house.

"[The girls] got a lot of toys at Christmas and their toy box was overfilling, so I thought we'd make room for the new ones.

"They've grown up so quick. My four-year-old is getting into makeup now.

"It was theirs, but they don't use it anymore, so I thought I'd pass it on to someone else.

"Someone commented on the post. I didn't take any notice of it because I didn't know how to take it. 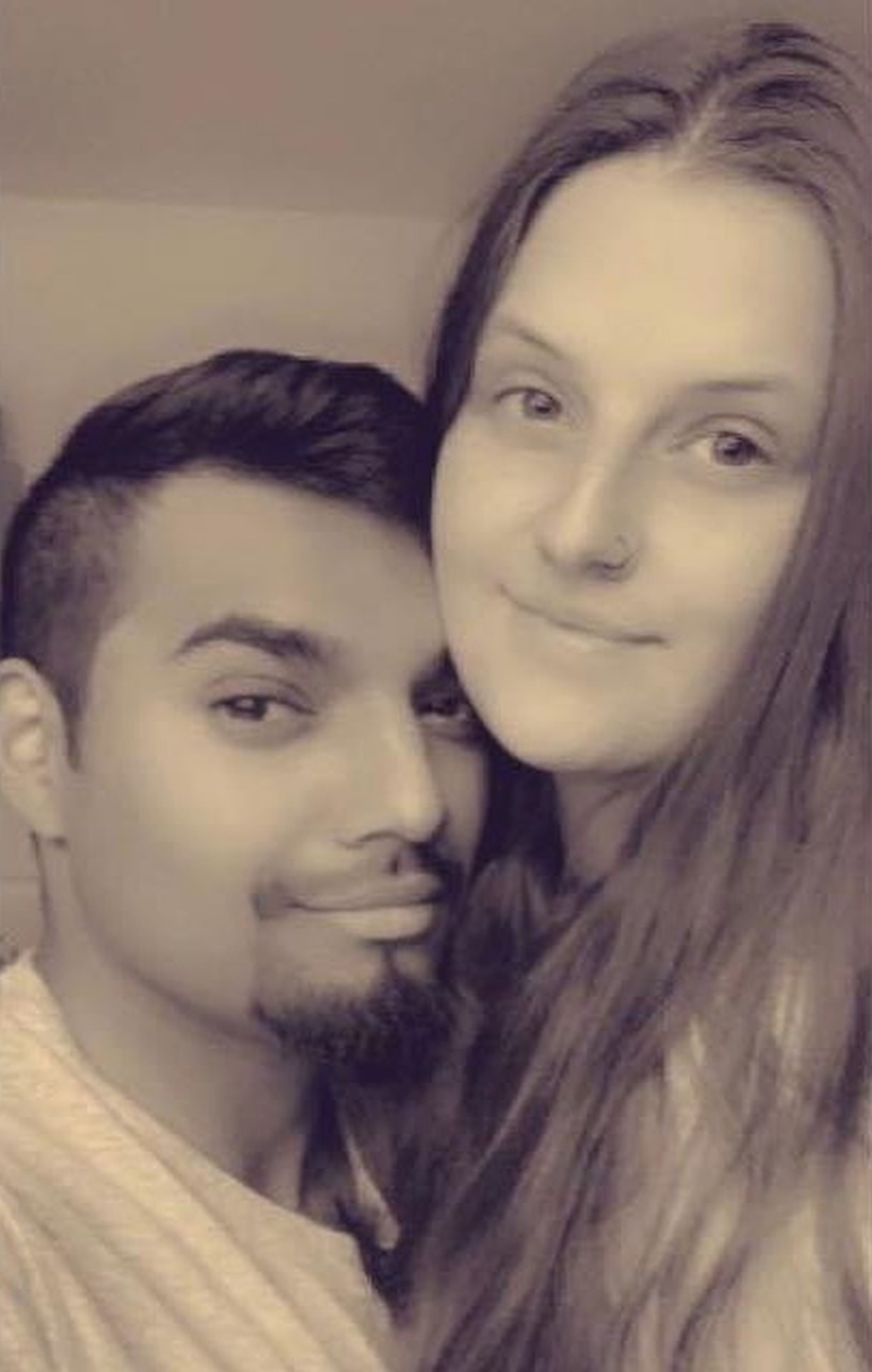 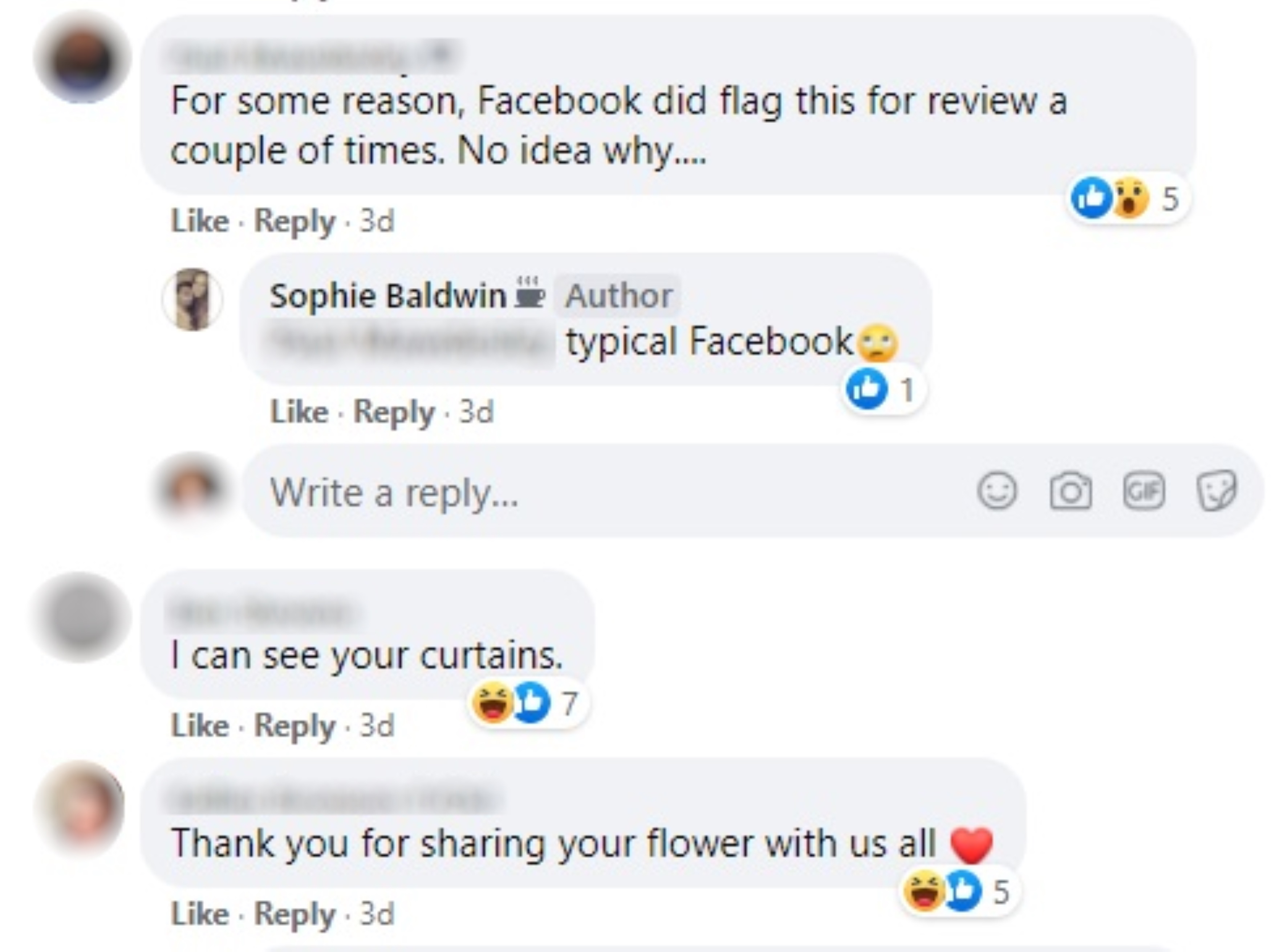 "Someone else said it was education for the dads because there's a flower on the top.

"I didn't notice at all until a few comments down the line.

"At a time like this everyone needs a giggle.

"I just thought I might as well keep up the laughter." 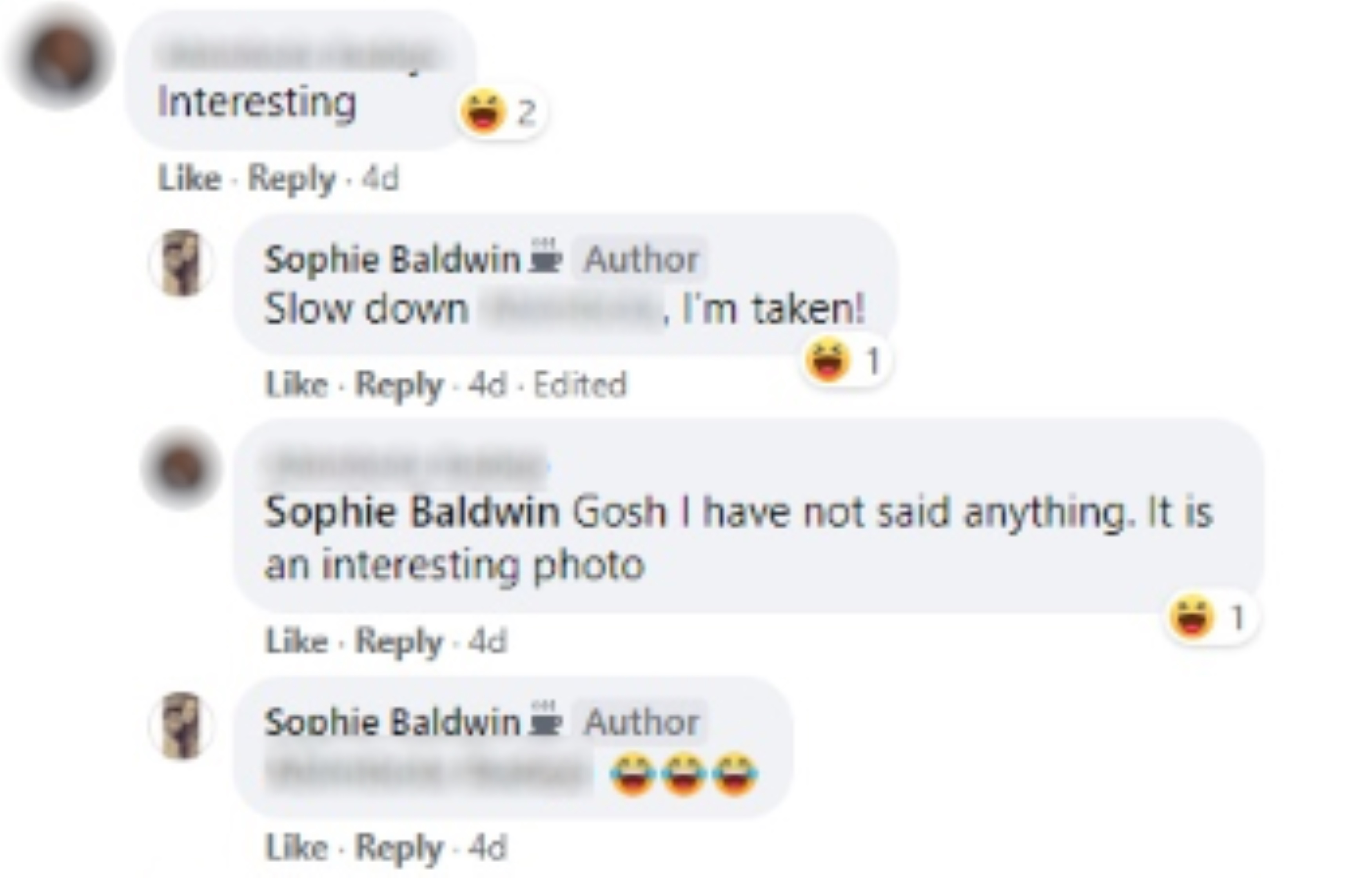 The toy has since gone to a new owner, but Sophie admits she won't forget the incident for a long time.

Sophie said: "There was a girl who commented since school and I said to her 'I'm so sorry you'll have to see this'.

On the Facebook group, Sophie enjoyed the funny 'banter' – even revealing she was 'taken'.

One user said: "I'm surprised this got through Facebook's nudity filter."

Another member said: "I like how it's even educational for the dads. I assume that's what the top flower is for?"

When a third user said, 'thank you for sharing your flower with us all', Sophie jokingly replied: "honestly, it's not a problem. With the feedback I've received I may have to start an Only Fans page."

Meanwhile, this dad was mortified when his fuming daughter accidentally sends him a VERY rude message.

Elsewhere, a ‘trashy’ mum has been slammed for spelling out the word ‘b****’ with her kid’s toy letters but luckily they think it says ‘piano’.

Plus this mum cringed after her eight-year-old told his teacher she’s ‘a drunk’ in Christmas homework mishap.