Mum rages as ‘out of order’ teacher punishes son for saying ‘flipping heck’ during P.E lesson

WITHOUT going into too much detail, some of the language that was flying around our primary school playgrounds was NOT kid-friendly.

But the phrase "flipping heck"? That was positively tame in comparison. 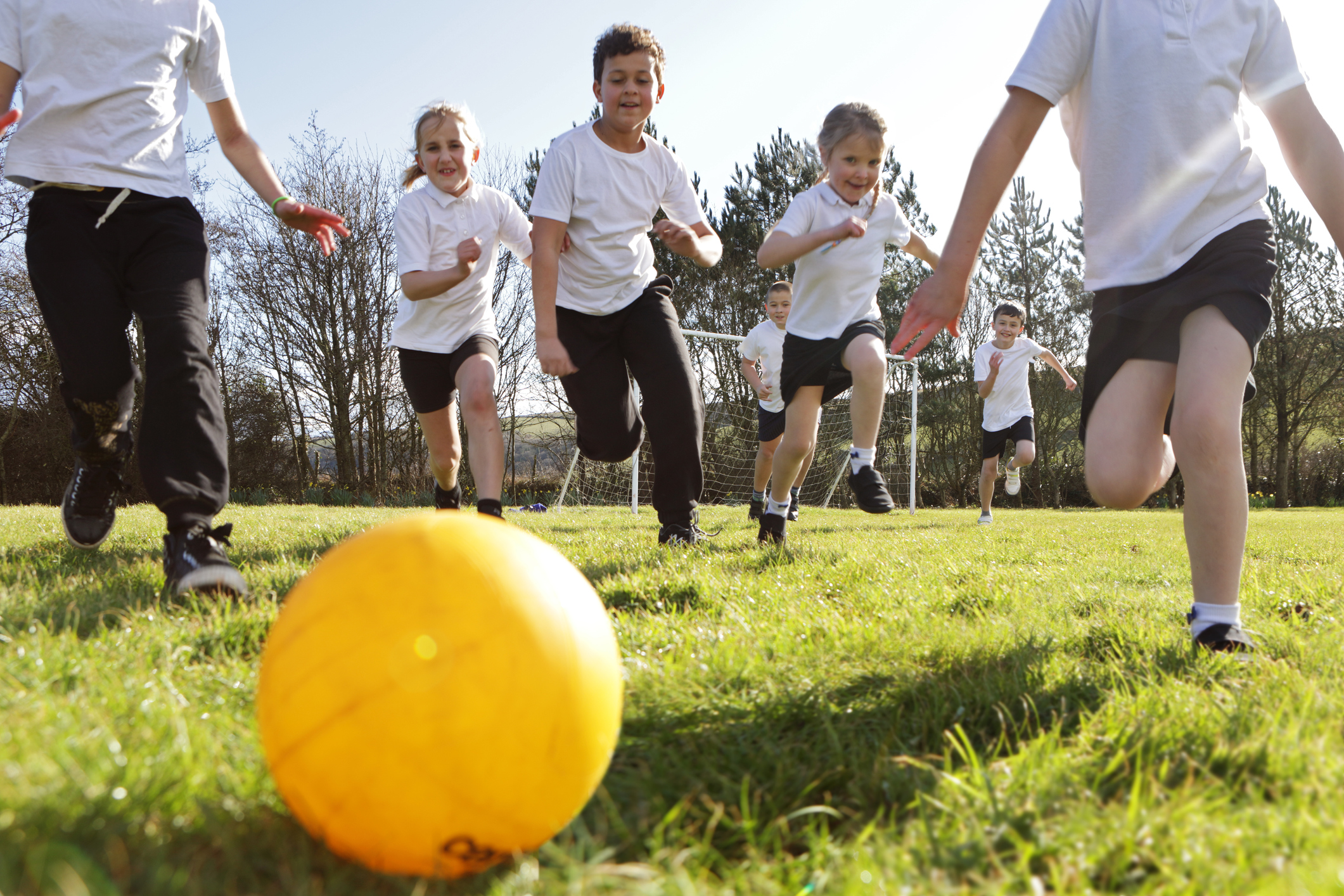 So with this in mind, it's hardly surprising that one mum has been left fuming after her son was punished in P.E for uttering the phrase in frustration.

Sharing her dilemma on Mumsnet, the anonymous parent explained how her eight-year-old – who she refers to as 'D' – is an "incredibly shy" little boy.

The school operates on a traffic light discipline system where pupils are put in "green" for good behaviour and "red" when they act up.

Although he normally "bobs along in green" most weeks, the mum explained how her son instantly put in red for saying "flipping heck" when he missed a goal.

He looked mortified when he came out and the teacher told me he'd had to go straight onto 'red' for bad language during P.E

At the end of the school day, the mum claims her son's teacher informed her that he'd been punished for "bad language".

The mum wrote: "He looked mortified when he came out and the teacher told me he'd had to go straight onto 'red' for bad language during P.E."

When the lad tried to explain what he'd actually said, the "teacher interrupted and said 'Please don't say it again, you'll only get yourself into more trouble'".

Accepting his fate, the boy apologised to the teacher but later told his mum that he hadn't actually uttered a swear word. 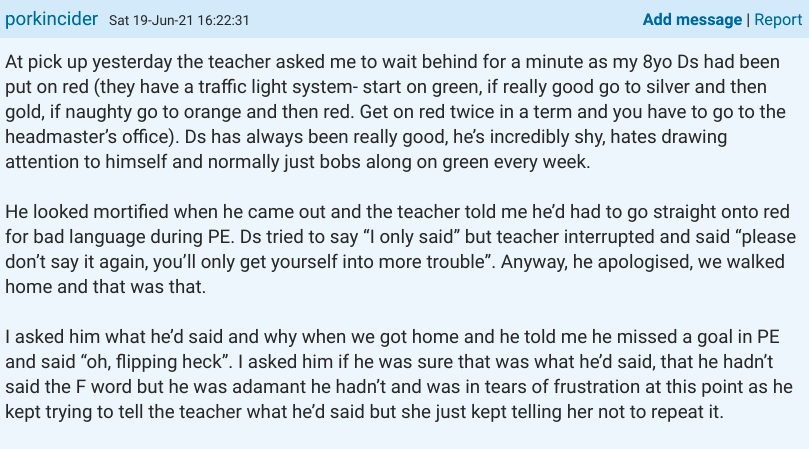 She continued: "I asked him if he was sure that was what he'd said, that he hadn't said the F word but he was adamant he hadn't and was in tears of frustration at this point as he kept trying to tell the teacher what he'd said but she just kept telling him not to repeat it."

Jumping to her son's defence, the mum then messaged the teacher on the school app to apologise again but highlighted that he'd only said "flipping heck" and nothing worse.

Turning to other members of the forum for advice, the woman added: "Is 'Flipping heck' rude?

"I say it all the time and I'm certain that is where he's picked it up from but I've never told him not to say it. I thought it was just a nonsense exclamation."

Needless to say, the post sparked fierce debate among members – but the overwhelming majority of parents felt the teacher was "over the top".

"Teacher is so out of order," one replied. "She has shamed your shy son for a totally innocent comment."

"That is not a swear word," another added. "It would literally not even occur to me to reprimand a child for saying that. Maybe I’m wrong…"

Speaking from experience, a third wrote: "Primary school teacher here. Flipping heck wouldn't bother me at all. If I gave an instruction and heard a child mutter 'flipping heck' then there might be a consequence for their attitude and lack of respect but not for the words themselves."

However, a fourth replied: "It’s not bad language in itself, but it is absolutely a stand-in for 'f***ing hell' and is used as such, so that’s probably what she's getting at."

For more parenting stories, this mum hit back at ‘scary’ teacher who shamed her for packing TOO MUCH in ‘fussy’ daughter’s lunch- is she in the wrong?

And this savvy mum shared the ‘genius’ hack which will stop your kids from spilling milk ever again & it’s blowing people’s minds.

Plus this mum claimed tumble dryer sheets are the secret to keeping bugs away in the summer.