THERE are few things more annoying than fancying a glass of cold wine, only to realise there's none waiting in the fridge.

Fortunately, one mum has revealed a genius way to get a bottle nice and chilled in just 15 minutes. 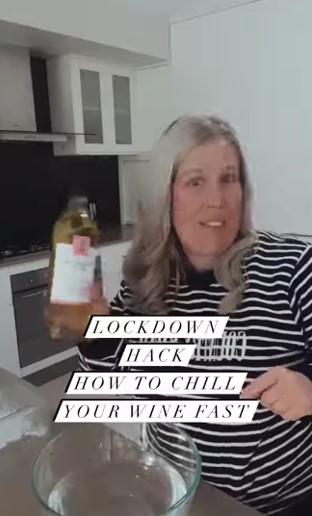 In a post on Instagram, the Australia-based woman called Leanne explained how she often finds her favourite bottle of wine on the shelf, rather than the fridge, in the supermarket – and so has come up with a way to get it cool in no time at all.

She explains that you need to fill a large bowl with tap water, and then tip ice to it.

Next, add two tablespoons of salt to the bowl, and place the bottle of wine in there for quarter-of-an-hour.

After that, it should be chilled enough to pour into a glass and enjoy.

The handy trick works because salt lowers the freezing point of the water so that the melting of the ice is slowed, speeding up the process of cooling the wine down.

Her post was popular with social media users, who left over 200 'likes'.

A third shared: "We all need this."

And a fourth added: "Bless you for this."

Someone also suggested their own trick of wrapping a bottle of wine in damp paper towels and temporarily placing it in the freezer. 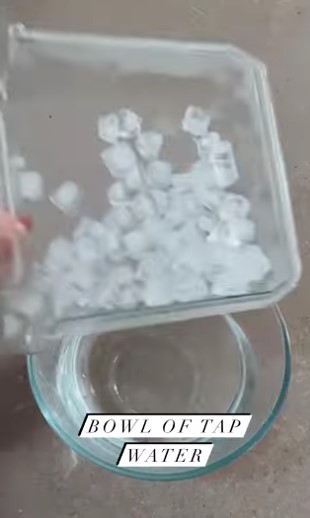 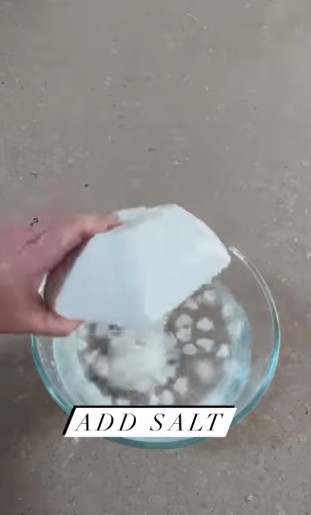 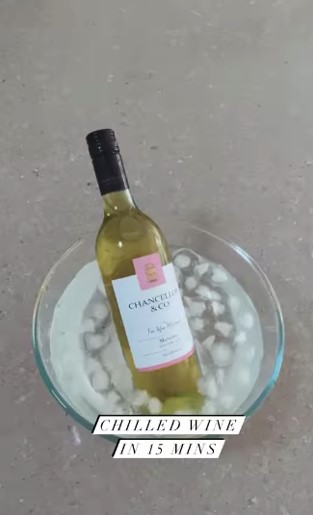 In other food news, we told you about a savvy mum's epic packed lunch station for her kids.

We also revealed how to make brownies in less than two minutes.

And you've been using your microwave all wrong.