A SAVVY mum who hated her ‘awful’ tiles decided to give them a makeover – using a cake decorating syringe.

She explained that the existing floor was uneven and wonky, so a grout pen and traditional re-grouting methods didn’t work. 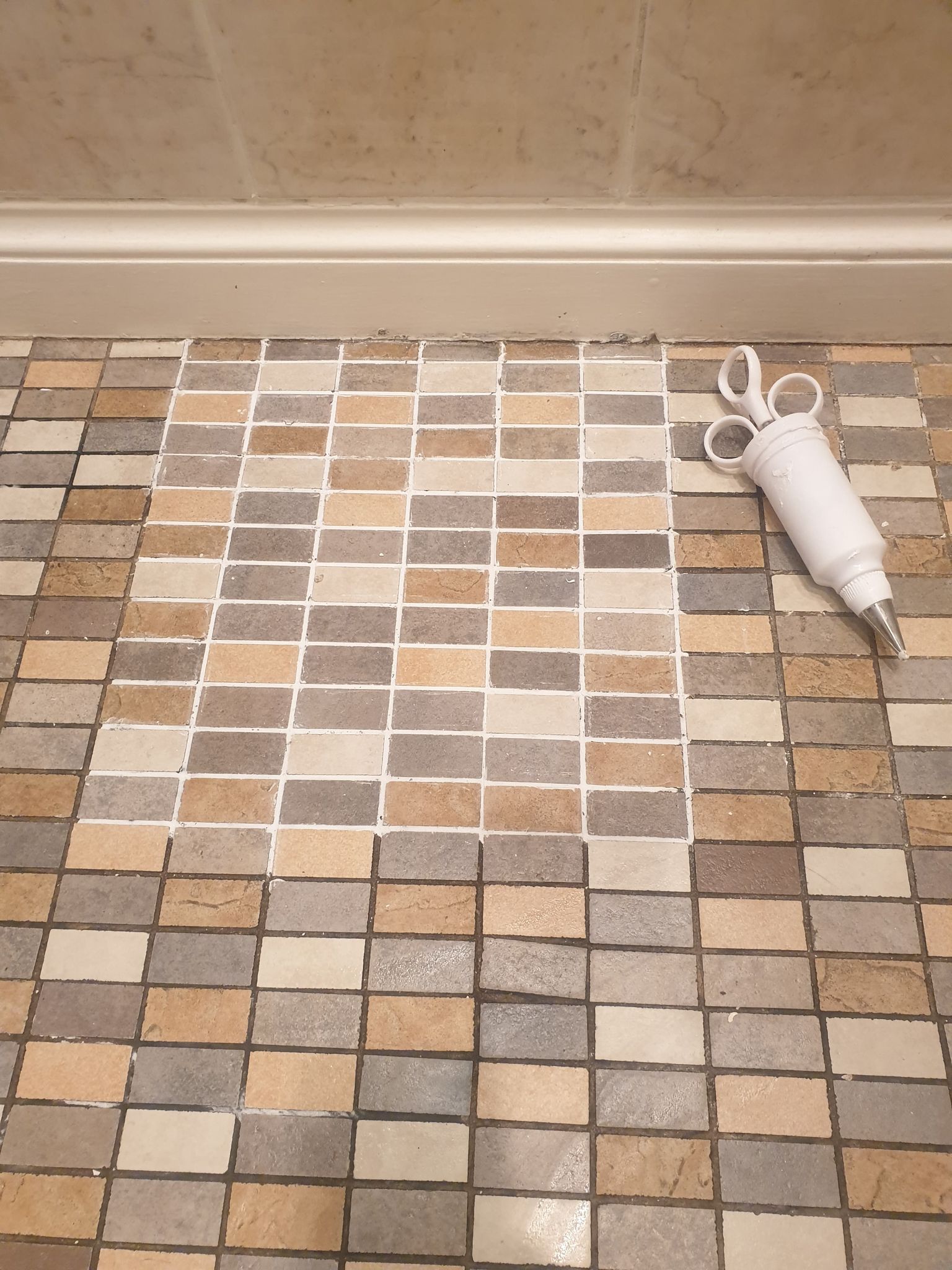 In a last ditch attempt to improve the flooring, she decided to use a cake decorating tool for the grout – which worked like a charm.

She shared snaps of her unusual method to Facebook group Clean, Declutter, Organise Your Home UK, where her handiwork has been praised by fellow DIY fans.

She said: “We've got awful tiles and can't afford to replace!

“Decided to use white grout with a piping syringe to get in the tiny cracks – thought maybe useful to share!

“Can't grout normally because tiles were different depth and some of the individual placements of the tiles were poor!”

And explaining exactly why she had to resort to a baking tool, she added the tiles were: “Too deep in some areas and bad placements, was smearing everywhere.”

And she tried grout pens before but “these tile cracks are also smaller than the pen nib.”

Her tip has gone down a storm online, with one person saying: “The new grouting makes your tiles look lovely and fresh.” 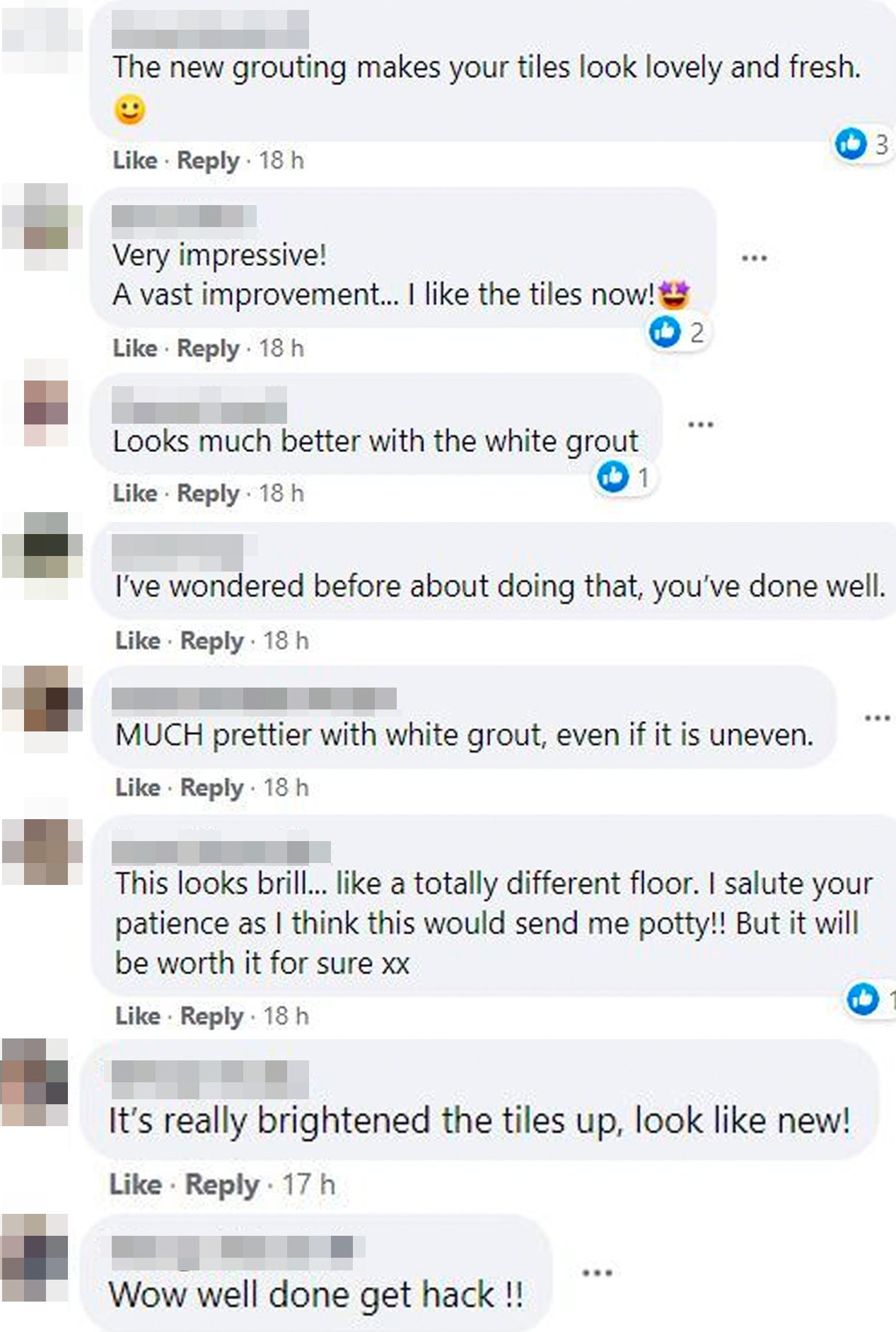 Another wrote: “Very impressive! A vast improvement… I like the tiles now!”

A third commented: “Looks much better with the white grout.”

This person thought: “This looks brill… like a totally different floor. I salute your patience as I think this would send me potty!! But it will be worth it for sure.”

While another raved: “It’s really brightened the tiles up, look like new!”

Meanwhile this woman who loves grey revamps her kitchen using eBay bargains, but people think it looks like a black and white photo.

And this ‘hero’ husband makes his wife a stunning pantry from scratch & it’s the dream if you’re into organisation.