A STUBBORN schoolgirl has been hailed a "genius" after using crying selfies in a bid to guilt-trip her mum into a play date.

Katy Dorman couldn't believe it when daughter Mercedes, aged eight, sent the tearful snaps alongside a plea to go to her friends' house on Sunday night. 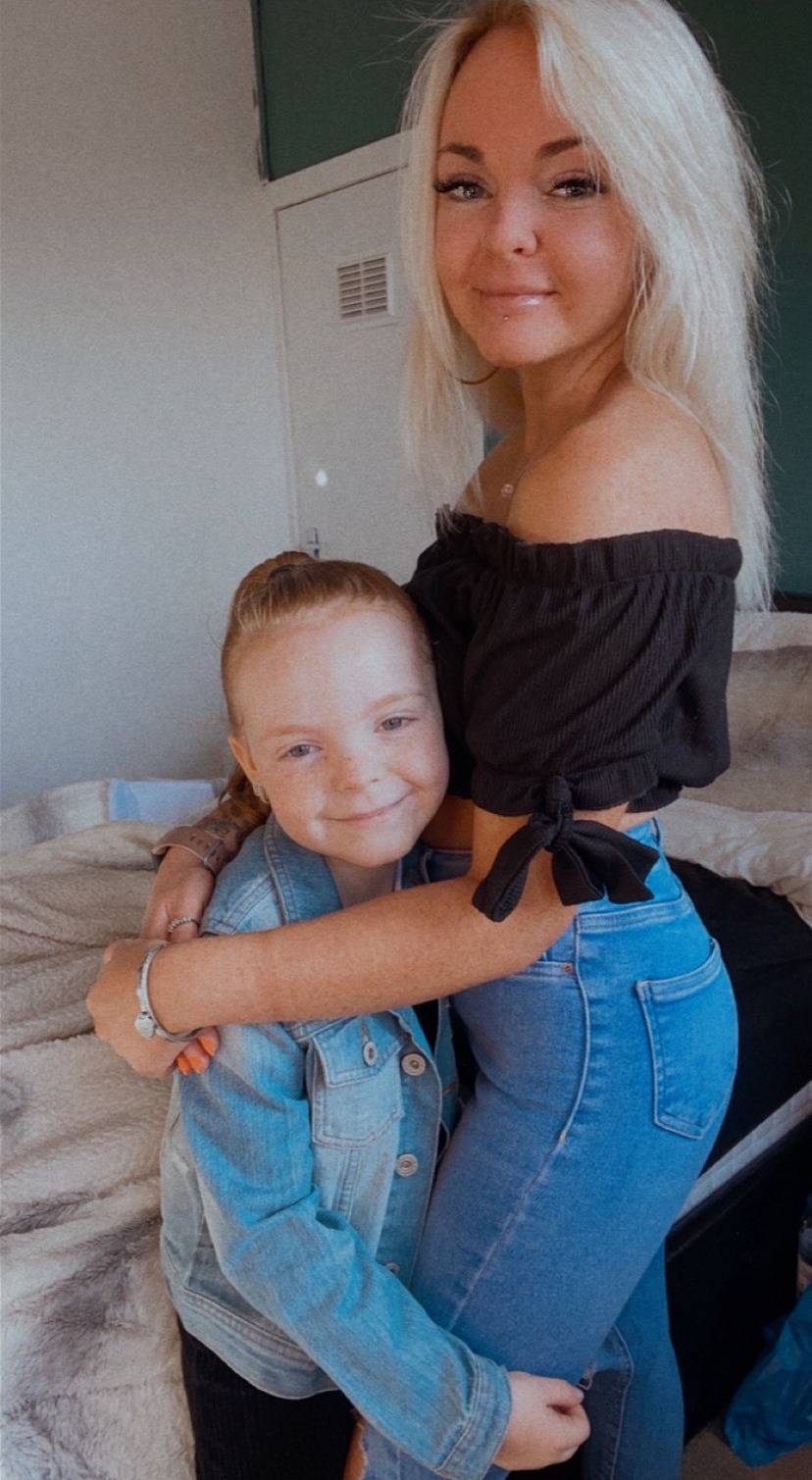 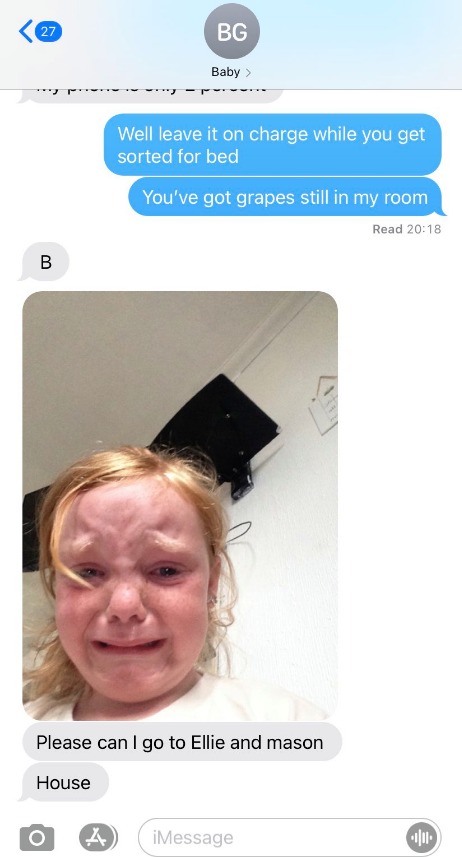 The youngster's cheeky request came as she was already tucked up in bed for the night around 8.20pm.

Obviously not feeling tired, Mercedes, from Scotland, asked Katy: "Please can I go to Ellie and Mason house?"

After being told it was past her bedtime and time to go to sleep the hilarious youngster sent her mum yet another crying selfie, adding: "Please mum."

Despite the adorable snaps, Katy, 25, manages to resist, replying: "Just stop babe. It’s still a no. It’s past your bed time."

Sharing screenshots of the funny exchange on Twitter, Katy said: "My bairn is too much."

And the tweet has already racked up almost 200,000 likes and 15,000 retweets as social media users applaud Mercedes for her determined efforts.

One joked: "Kids are born negotiators, I would have given in to my daughter by now. Not my sons, but definitely my daughter.. lol."

Another added: "Deffo going to use this tactic on my husband if I don’t get my way. Genius idea."

Meanwhile, a third gushed: "I need you to know that your kid is literally hilarious."

Speaking today, Katy said her little "stubborn goat" has enjoyed being read out the positive responses to their exchange.

She added: "The crying face selfies are new. She had already been through to ask me in person but I told her no as it was past her bedtime and she was shattered.

"But she didn't want to give in so she stormed away in the huff and then text me.

"She doesn't really understand viral, but I did tell her I'd put her on Twitter and said loads of people are saying how hilarious, cute and adorable she is. She loves that kind of attention, so she enjoyed it.

"Since she started being able to write and draw, she's always gave me letters and wee cards. Now because she's got a phone she's so excited to text, so she always messages me.

"We do argue because we're very similar though. She's a stubborn goat." 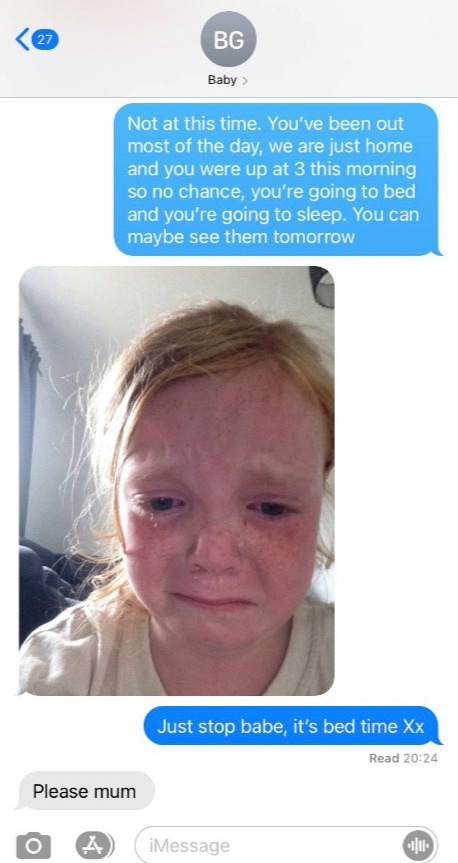